One of the first stops in my Balkans tour was the lovely monastery of Saint Joakim Osogovski set in a valley just off from Kriva Palanka in Macedonia and not too far away from the capital – Skopje . It’s a gorgeous little area where monks have been settling since the 12th century. 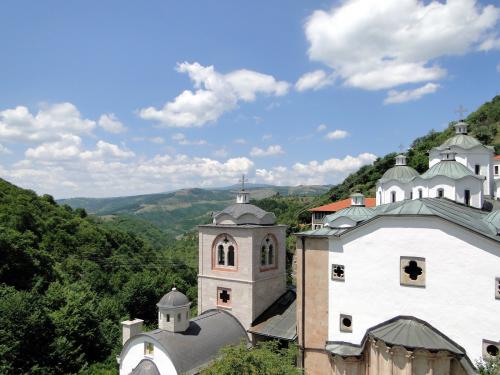 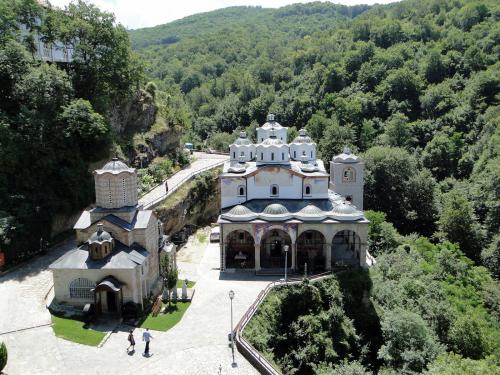 Wayfaring has the background :

History: St. Joachim a disciple of our saint John of Rila- the Wonderworker, found monastic solitude in a cave near the Kriva River. Here he lived a life of fast and prayers, honored by the people as a holy person. He died in 1105 and two hunters buried him near the cave.

At first the saint’s relics were places in a small church devoted to Virgin Mary. When in 12 century St. joacim became extremely popular and respected in the region , the people constructed the monastery, bearing his name.

The monastery suffered severe damage from an earthquake in 16 centery. The construction of the large church bearing the name of St. Joachim was completed in 1851.

Wikipedia has a bit more :

The monastery was founded in the 12th century, though there are no remains of the original monastery. The smaller church in today’s monastery complex got its present look in the 14th century, while the larger one was built in the 19th century.

The larger, three-nave church, was built in 1851 by Andrey Damyanov. It has 12 cupolas, which represent the 12 apostles, and porches on its southern and western sides. Most of the church’s interior and cupolas were painted by Dimitar Andonov Papradiški. The smaller and older church, founded in the 12th century and rebuilt in the 14th century, is dedicated to the Holy Mother of God

The monastery was founded by a priest from Ovče Pole in the mid-12th century. In 1585, during Ottoman rule, the church was converted to mosque for a short period of time after the bey of Kriva Palanka renovated it, though it soon became a church again.

During the Austro-Ottoman War of 1690, the monastery was severely damaged and was to be destroyed by the Ottomans as punishment to the locals for siding with the Austrians during the war. Legend claims that the Ottomans spared the church after becoming overpowered by some spiritual force.

Let’s take a walk around the monastery… 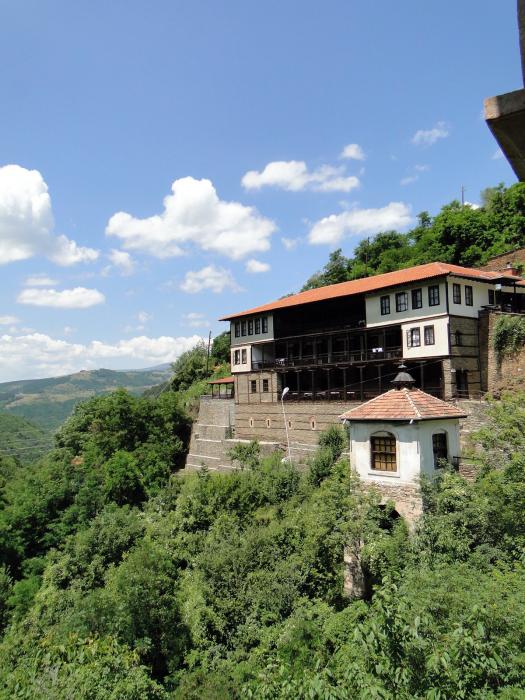 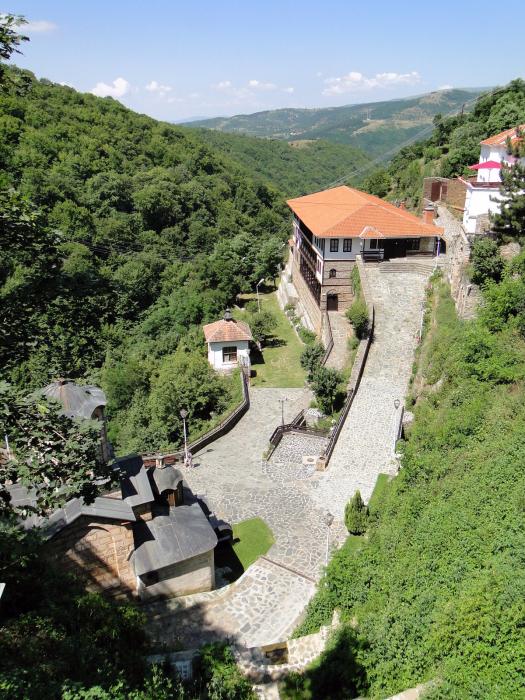 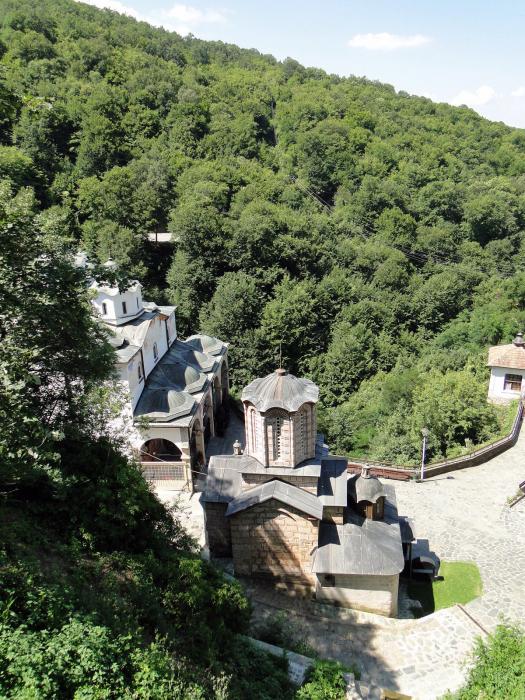 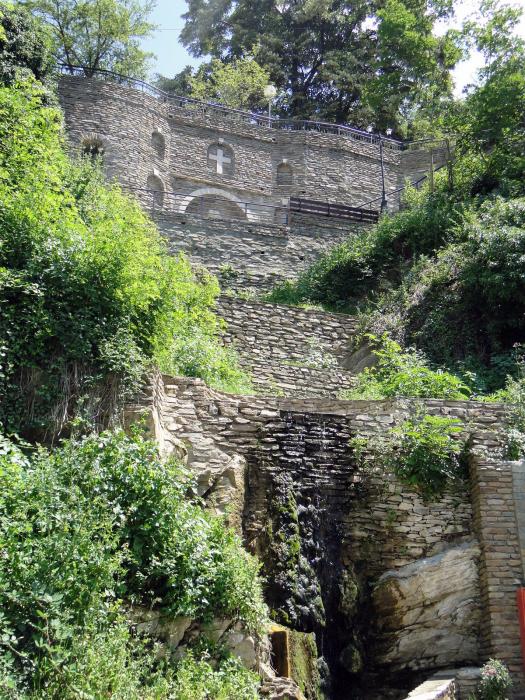 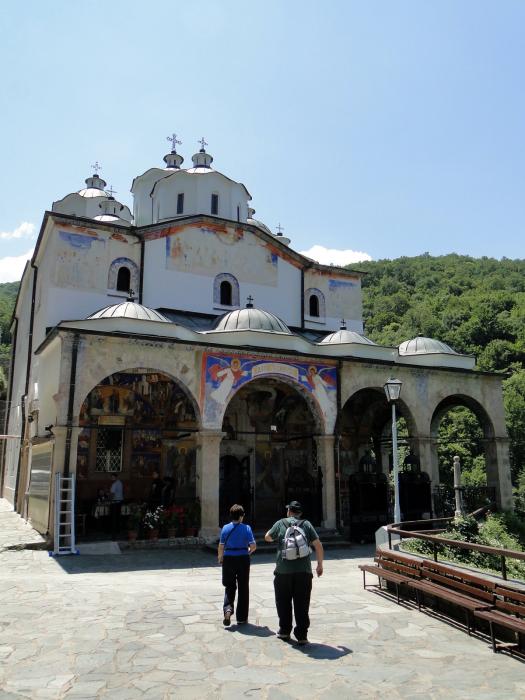 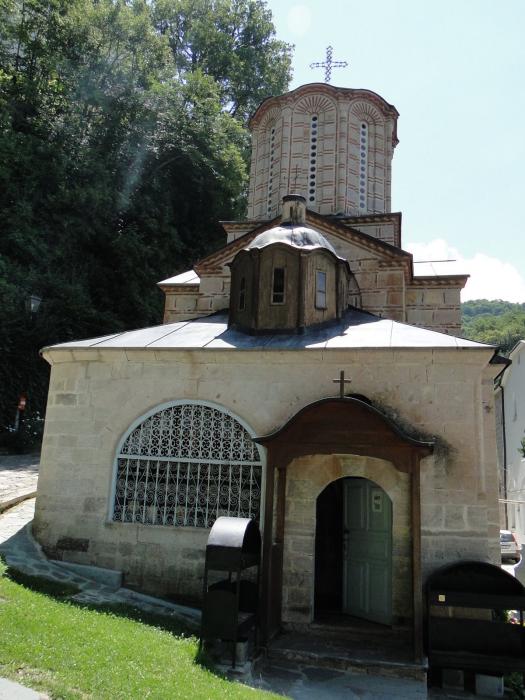 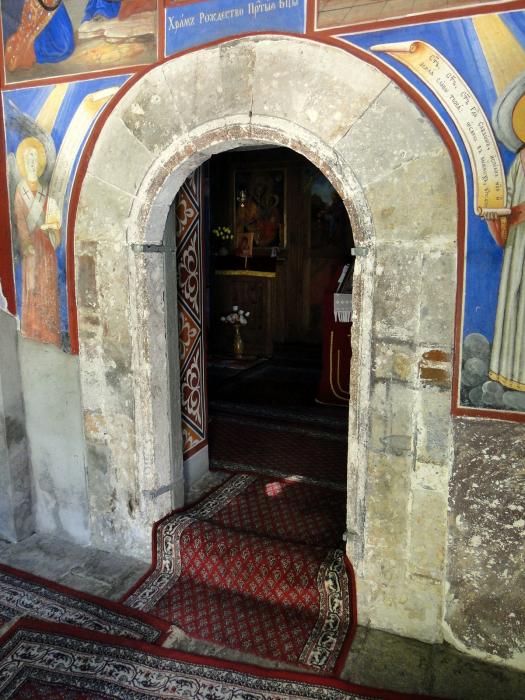 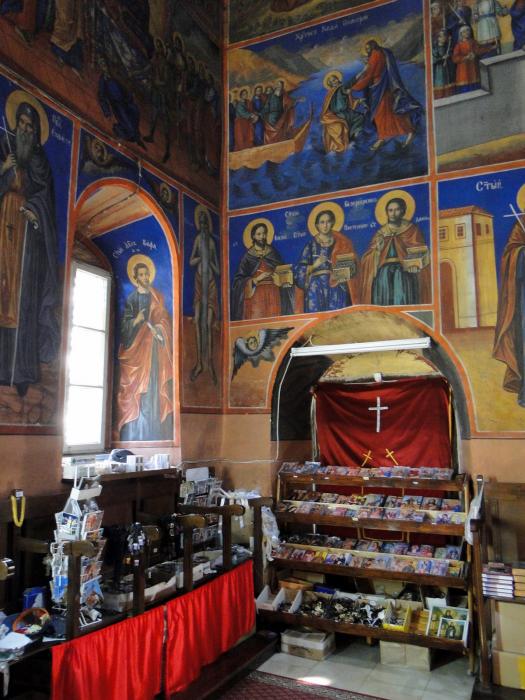 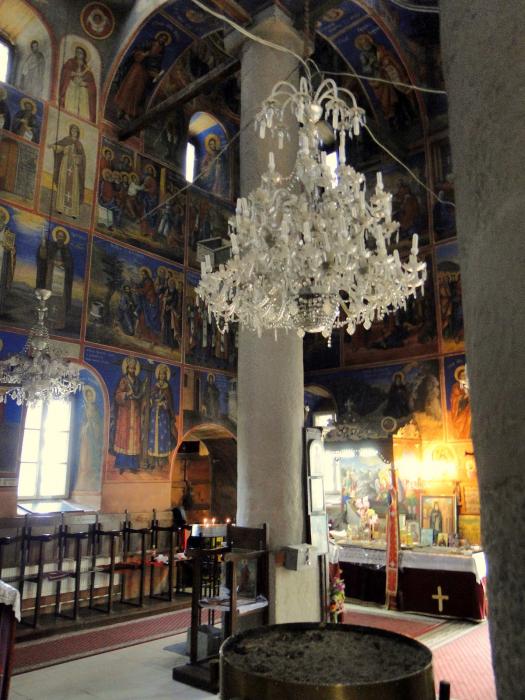 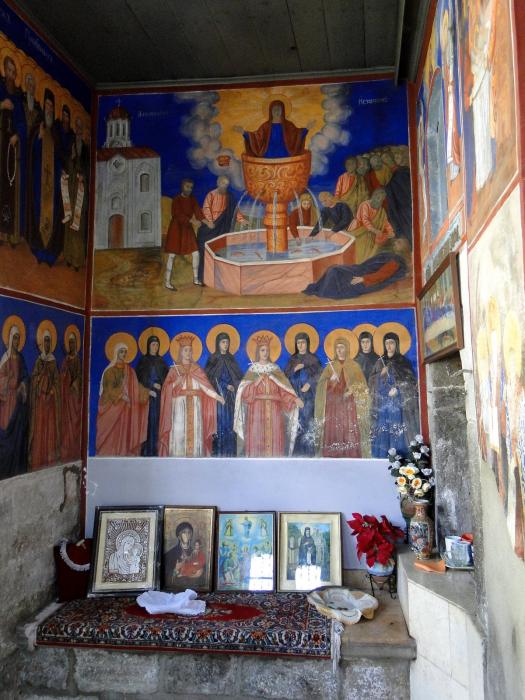 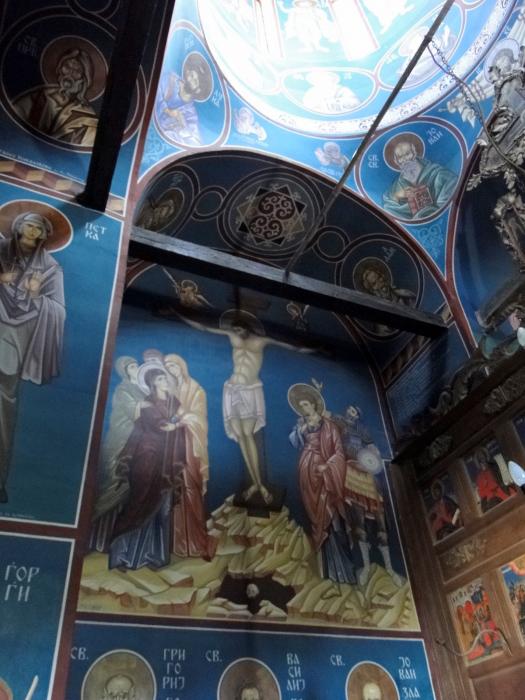 Some more travel info on the place :

Kriva Palanka is 100 kilometres from Macedonia’s capital, Skopje, and is serviced by a regular bus route. A taxi from Kriva Palanka to the monastery costs about $1.50.

Monastery room rates are five euros (about $8 Cdn.) for a twin bed in a shared dormitory, 10 euros ($16 Cdn.) for a private room with ensuite washroom.

Very little out there in English about the place, but here are the few other posts I found about the monastery :

Gorgeous photos. You’re lucky to travel so much.

MKL – thanks. I don’t travel as nearly as much as I would like to, but I am grateful for what little I do get the chance to see. 😛

I am from Macedonia. Thank you very much for promotion of our country.