If like me, you’ve seen the beginning of 127 Hours and thought to yourself "this is me, I know what this feels like" then you must also be familiar with the possible consequences of what happens later on. Living as a singleton and experiencing ultimate freedom at some point must come at a price, and Into the Wild is a movie about a real personal story that reflects just how far better than anything else.

Lucky for me, the following tale of woe has not resulted in self mutilation or death from starvation in the middle of no where freezing Alaska. It just scared the sh!t outta me.

Many times, when I travel I subconsciously take considerable  risks. I mostly travel alone, I mostly travel without anyone knowing where I am, I sometimes travel with no mobile or where having a mobile wouldn’t help much, and I do venture out into the unknown. 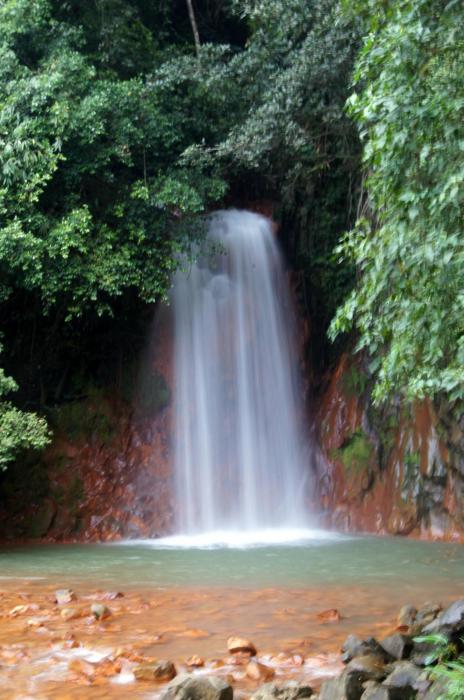 A good recent example comes from the Red Rock waterfalls, an hour or more from Dumaguete, a city I really don’t care much for. But the promise of hotsprings and fresh water waterfalls up in the mountains was too good to pass, and so I rented a motorbike downtown and ventured out towards the mountains. Since it’s off the beaten track in most guidebooks and there are no English signs anywhere, it took some efforts in broken communications with the locals to figure out how to get there. But I finally did. The desolated hotsprings that greeted me reminded me of some beautiful spots in eastern Taiwan and I had the whole place to myself, no soul in sight. 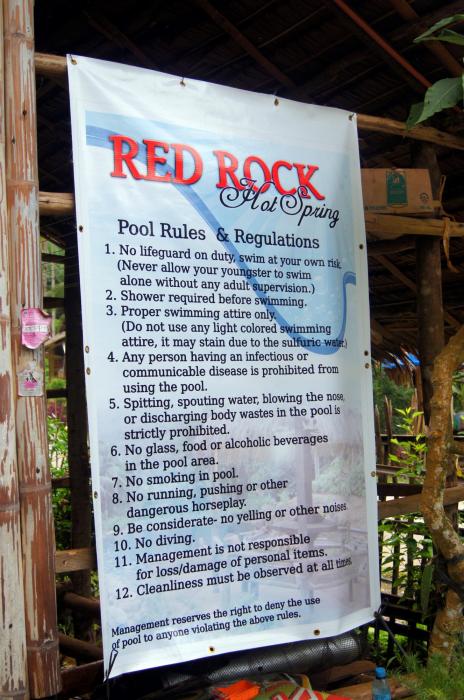 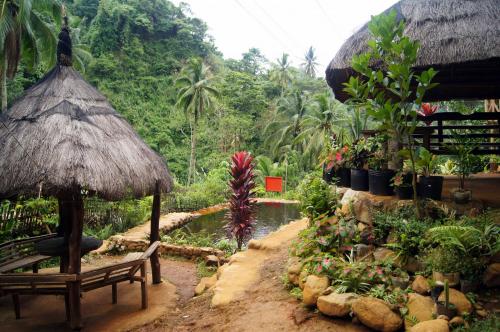 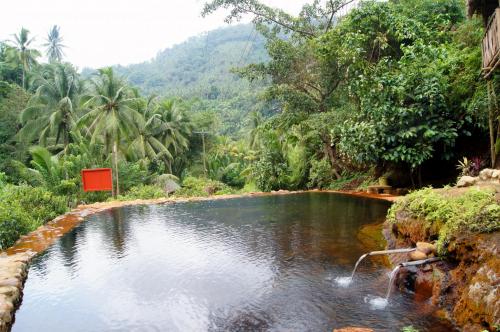 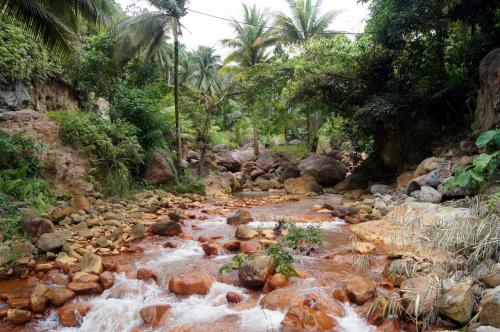 Great little hotsprings place. Obviously, the name Red Rock comes from the color of the rocks in the area.

Not too far away from the hotsprings were a few lovely waterfalls. 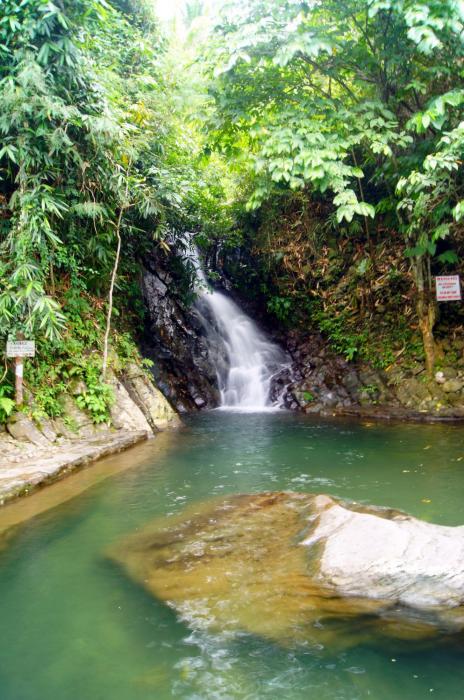 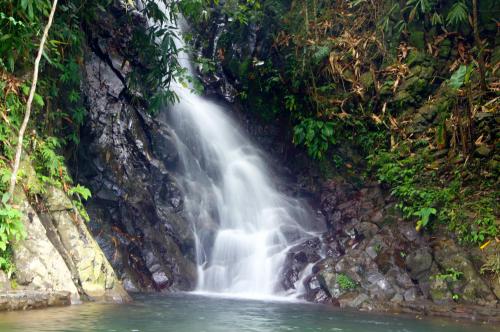 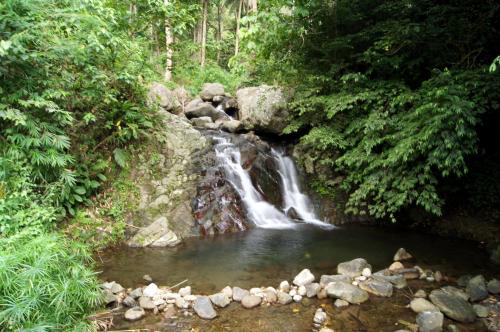 Once I enjoyed the freezing cold waters and the storming falling waters I was about to wrap it up and head back.

But, then… passing through this little cabin… 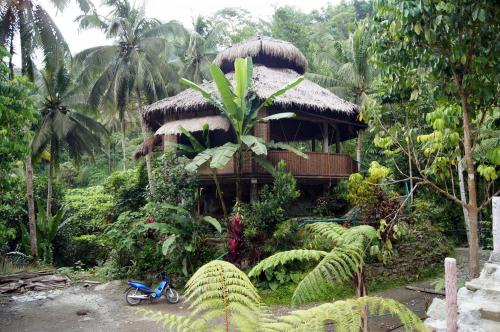 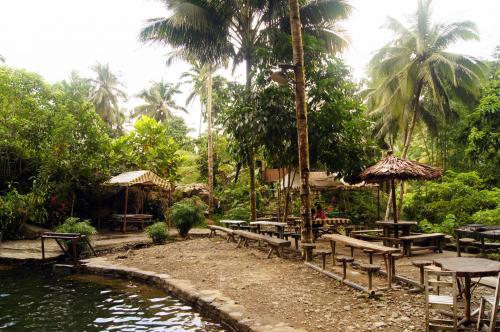 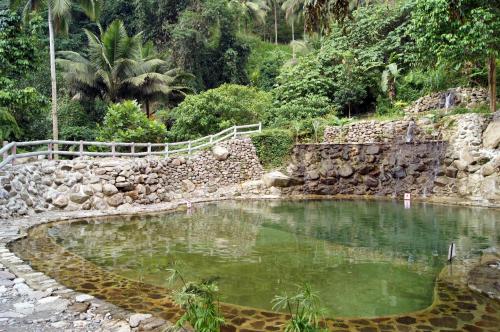 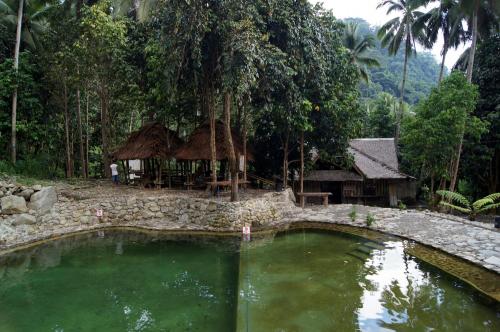 … a guy comes out and tells me that these waterfalls aren’t the real deal. Nope. The reason people come all the way up to the mountains is for the really big waterfall a bit further way hill.

"How far?" I asked. "Maybe 15-20 minutes" was the answer. I contemplated for a while, seeing how steep the mountain was but after the guy reassured me that my flipflops weren’t a problem because that’s how he hikes, I started making my way uphill.

The path soon narrowed, and at some disappeared. I wasn’t really sure where I was going and where I came from, I was beginning to sweat heavily and a snake that popped up from a plant I stepped on nearly made me poop my shorts. But, that just made me more determined that this waterfall was one I had to see.

I passed this little stream… 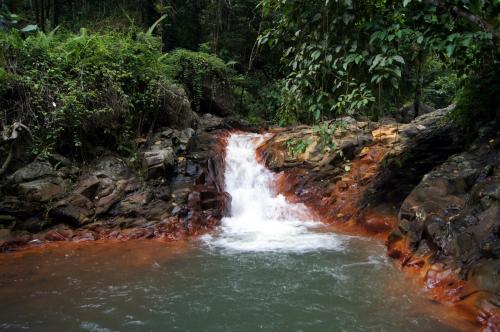 And then it happened. I stumbled on a slippery part of the path and fell down all the way into the pool with all my gear, money, passport and camera on my back. The stream pushed me deeper into the pool, my clothes were torn, my flipflops were lost downstream, I was covered in a mixture of red ground which at first looked like blood and there was nothing to hold on to.  For a moment there I thought I won’t be able to pull out. But I fought my way out of the pool and as I reached safety breathless it occurred to me that I probably lost it all. As I hit water my backpack tore loose and floated, but I thought there was no way anything on my backpack would survive going down under the stream like that.

It took me a few minutes to gather the courage to open my backpack and to my complete surprise I found everything inside my bag was dry and my camera was intact. I’m not sure how that happened, I guess the air in the bag kept pushing it above water.

When I was out I was hurt, I was bleeding, my clothes were torn, I had no flipflops, and I was completely covered in red from the rocks trying to pull myself away from the stream. What I kept thinking about is what would have happened if I wasn’t able to pull up, or that I would be so badly hurt that I would be stuck there unable to move. Aside from that guy at the entrance, nobody knew where I was, and I don’t mean just this specific place, very few people – if any at all – knew that I was in the Philippines, where in the Philippines or when I’m expected back.

Very slowly, completely exhausted, I made my way back down barefoot. It seemed like forever. I eventually made it all the way down, somehow got on the motorbike and took off. 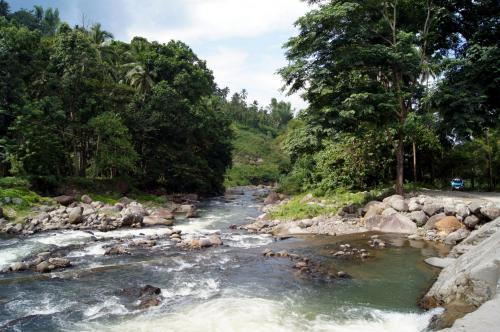 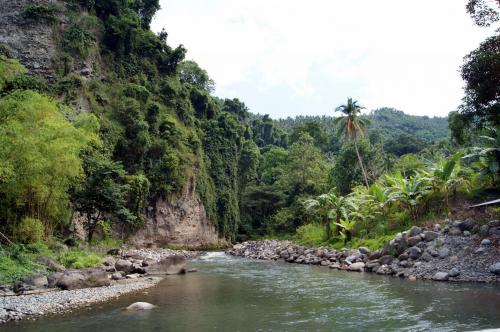 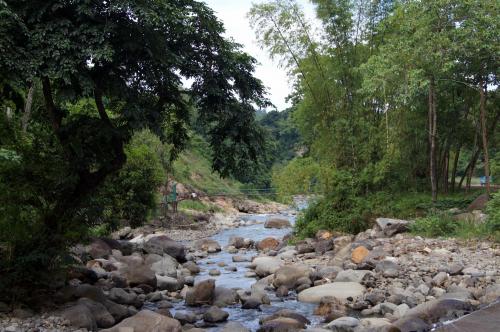 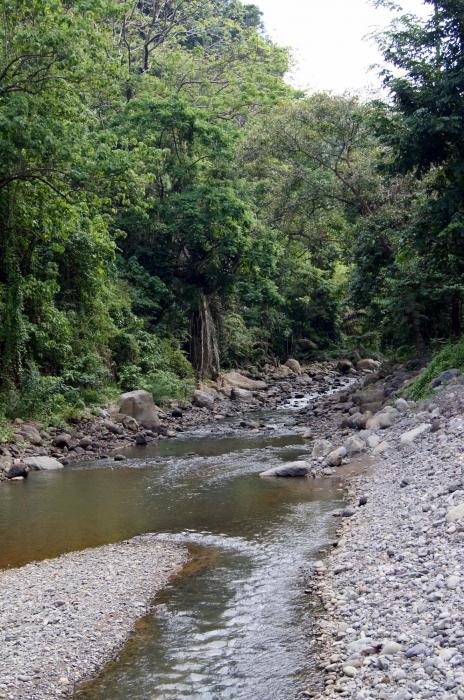 The way back, I must say, seemed more beautiful than ever. I guess there’s something to meeting darkness and experiencing a fright. I almost felt reborn.

The locals that saw me on the way were laughing their asses off, but that was nothing compared to the laughs the Dumaguete market people had where I parked my motorbike to buy new clothes and flipflops. Yes, the foreigner is hurt. Yes, the foreigner is topless and barefoot. Very funny, can you please just give me a T-shirt?

Amazing story and pictures. Hopefully you learnt a lesson for life too 🙂

i guess you didn’t make it to the waterfall then? (no photo)

You’ve been quite lucky after all, with scratches and special memories for good measure! Freedom has always a –high- price. The trick is not to be walled in its absolute search… I should try someday.

Into the wild: awesome. Wild beauty, the dream of an alternative life and a conclusion “Happiness only real when shared” – in its own way, also through a blog. Would be a shame to neglect it…