Lots of news recently about the uprising Chinese military power. They’re landing robots on the moon, they’re shooting down satellites, they’ve completed their own aircraft carriers and in general we get to hear more and more about tensions in the waters surrounding China with either the US, Japan or Taiwan. It’s only natural, then, that being in Beijing I was curious when I came across an entry for a tourist attraction that offers to get a glimpse into the Chinese military power. But, the Military Museum of the Chinese People’s Revolution won’t really show you very much at the moment. There are some historical artifacts from China back in the old days, struggling to get their hands on American instruments of war and mostly basing their army power on old Russian decommissioned tanks and jets. Yet, it’s in renovation now, so if other museums I’ve visited in Beijing and China are any indication this will probably become one of the world’s biggest museums of military history. So, for the time being, all I can show you is what they showed outside while they’re renovating, and – frankly speaking – it’s a little bit sad. 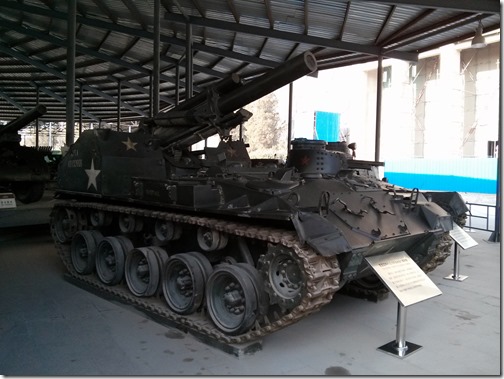 The Military Museum has over 340,000 cultural relics and other articles in its collection. Among them, there are 1,793 national first-grade cultural relics, over 250 heavy weapons and equipment, more than 1,600 artwork pieces and 2,551 gifts from friendly exchanges with foreign militaries.

Wikipedia has a bit about the museum:

One of the Ten Great Buildings erected in celebration of the ten-year anniversary of the founding of the People’s Republic of China, construction of the museum began in October 1958 and ended in 1960. As of February 2012, the museum is undergoing renovation work (with only outdoor exhibits, paintings, and plaques viewable).

Here’s what you can expect to see in the outdoors exhibition: 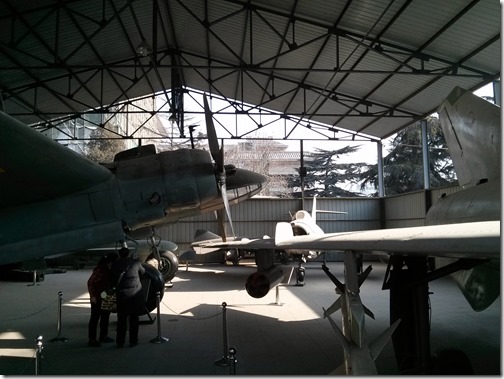 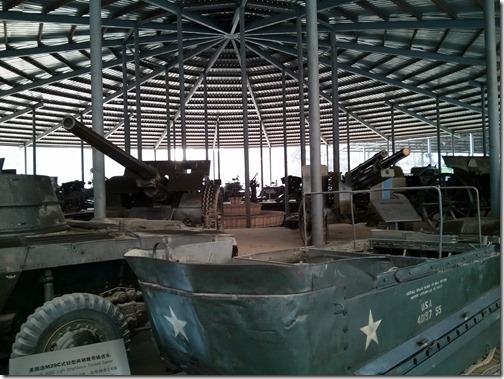 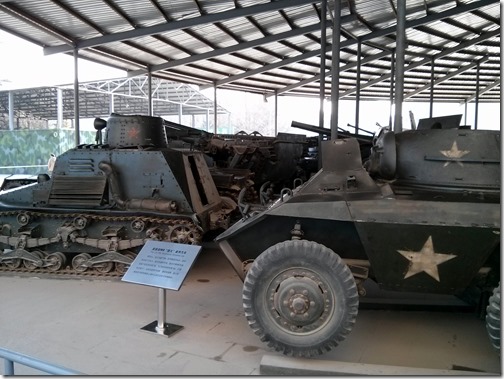 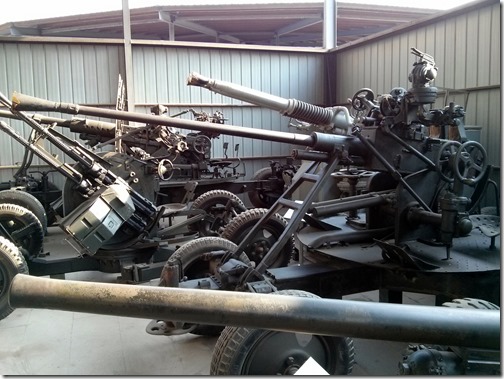 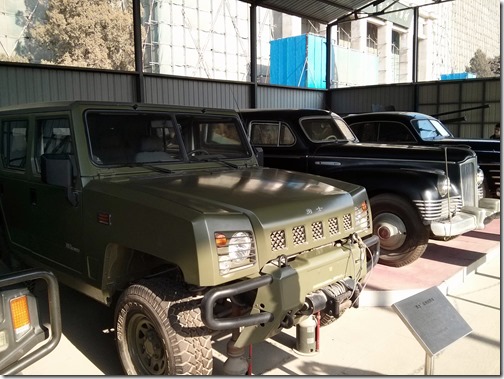 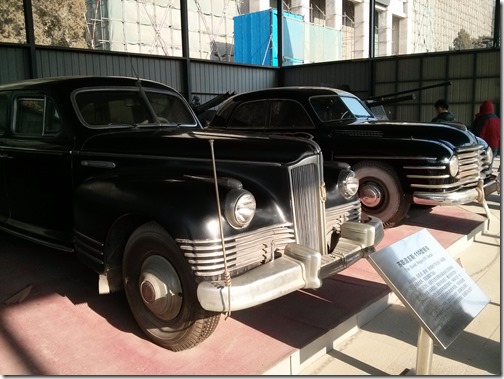 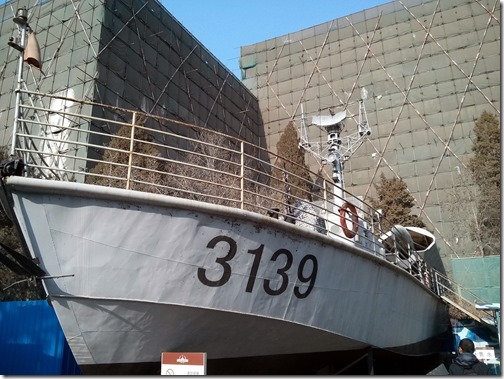 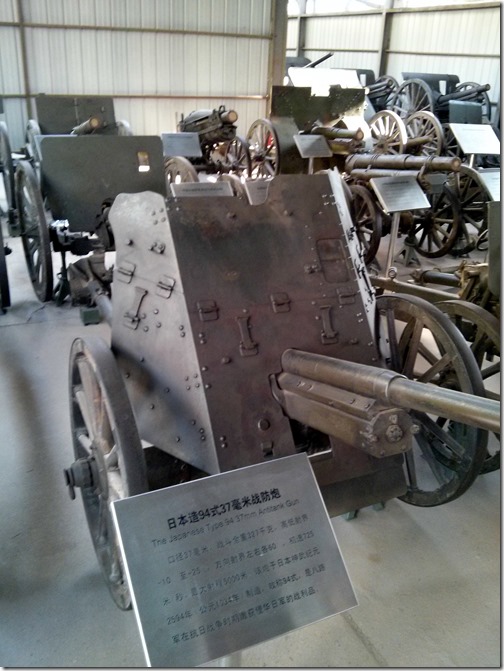 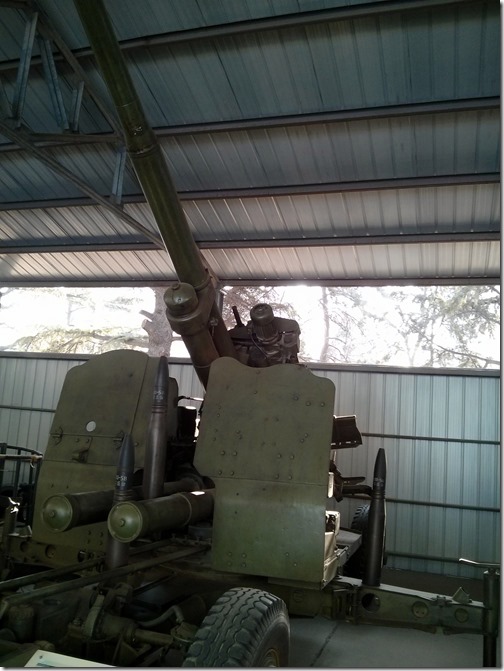 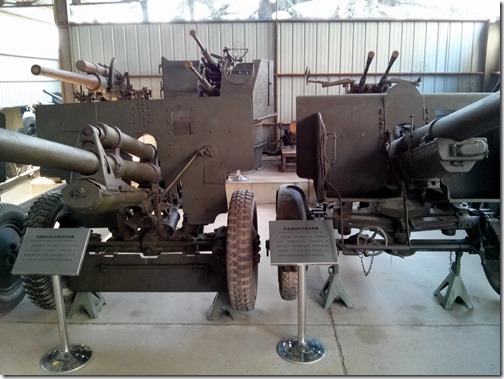 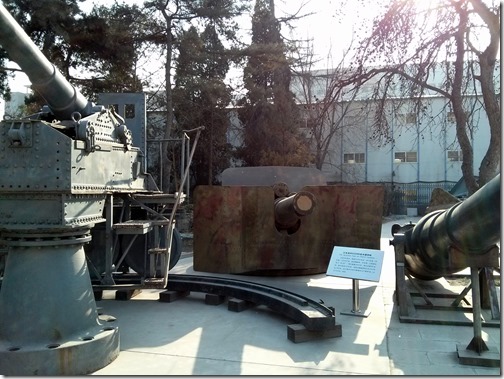 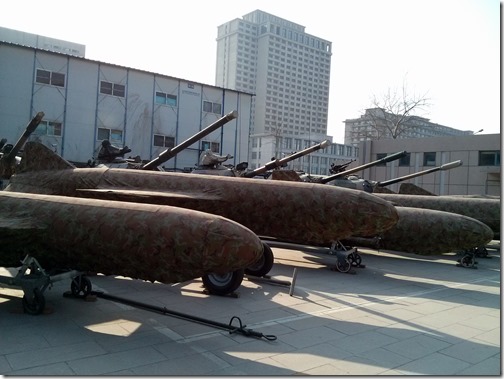 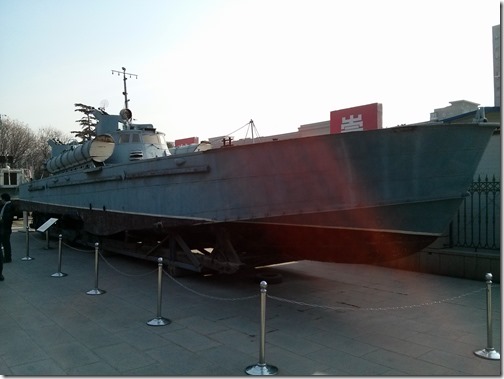 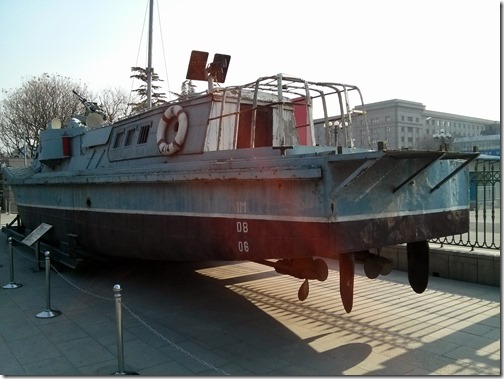 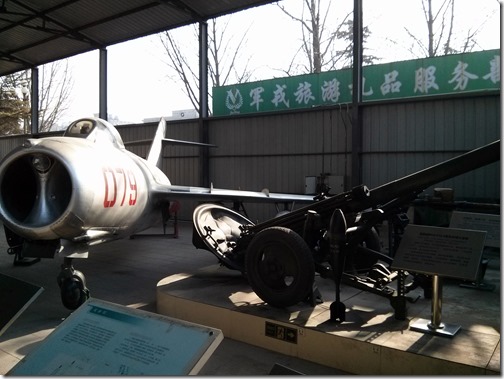 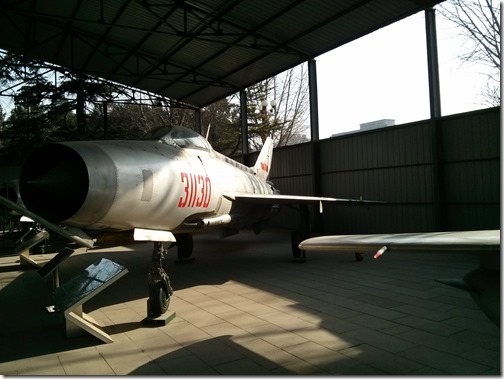 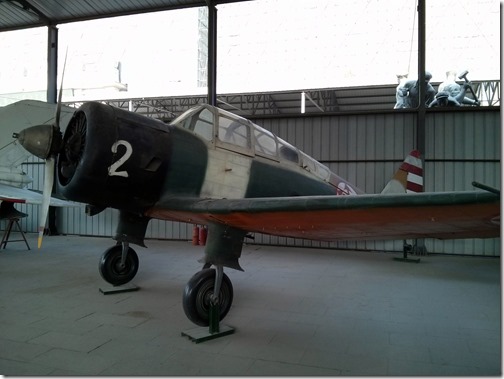 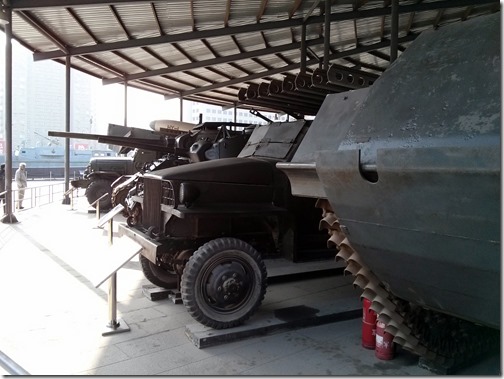 Might be interesting to go back and see the place once renovations are done. In the meanwhile – no need to bother.