The Turkish Sufi order of Mevlevi became one of Istanbul’s most recognizable symbols and tourist attractions due to their eye catching “Whirling Dervish” act. 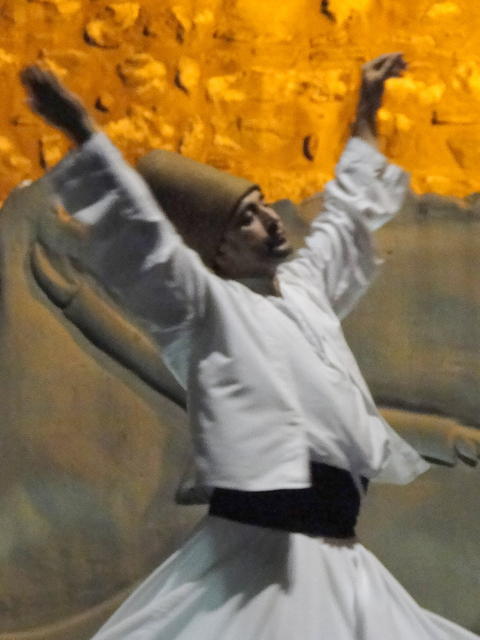 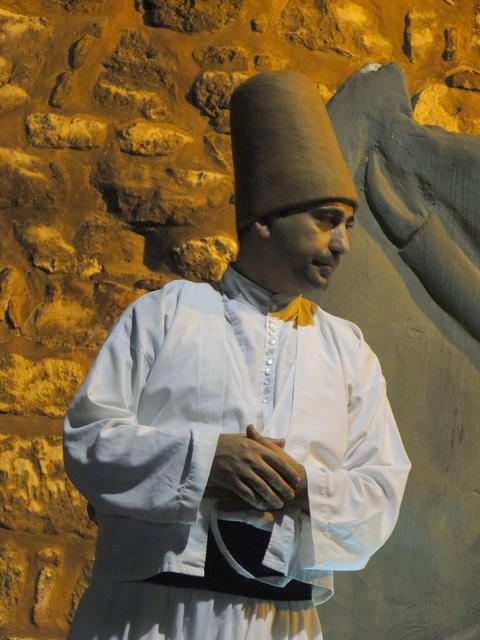 What does it look like in action? Here’s a video of a one man show I caught in one of the tourist restaurants at the old city.

If you’re thinking – this is simple, then I challenge you to keep going like that for more than 30 seconds without going completely dizzy and losing your balance. It does require a meditative state of mind and letting go of your surroundings, which the repeating music theme helps with.

The Mevlevi Order, or the Mevlevilik or Mevleviye (Persian: مولويه – Mowlawīya) are a Sufi order founded in Konya (in present-day Turkey) by the followers of Jalal ad-Din Muhammad Balkhi-Rumi, a 13th century Persian poet, Islamic jurist, and theologian. They are also known as the Whirling Dervishes due to their famous practice of whirling as a form of dhikr (remembrance of God). Dervish is a common term for an initiate of the Sufi path; the whirling itself is known as the Sema and the participants are properly known as semazens. […]

The Mevlevi believe in performing their dhikr in the form of a "dance" and music ceremony called the Sema, which involves the whirling from which the order acquired its nickname. The Sema represents a mystical journey of man’s spiritual ascent through mind and love to "Perfect". Turning towards the truth, the follower grows through love, deserts his ego, finds the truth and arrives at the "Perfect". He then returns from this spiritual journey as a man who has reached maturity and a greater perfection, so as to love and to be of service to the whole of creation.

There are courses, or rather seminars, to take a retreat and practice this form or meditation. My sister recommends it from personal experience.

Did you try it for yourself?

Hi, Fili Such delightful post! Share with you a poem which was written by a Sufi poet, Kabir, HOW HUMBLE IS GOD God is the tree in the forests that allows itself to die and will not defend itself in front of those with the ax, not wanting to cause them shame. And God is the earth that will allow itself to be deformed by man’s tools, but He cries; yes, God cries, but only in front of His closest ones. And a beautiful animal is being beaten to death, but nothing can make God break His silence to the… Read more »

Hanjie – The retreat? no, haven’t.

Lin – Thanks for sharing that with me. Always glad to hear from you.