Harajuku is not all modern fashion and pop culture. In a nearby park is the Meiji Shrine (明治神宮, Meiji Jingū), a large Shinto shrine for one fairly recent Japanese emperor that the Japanese respect for bringing Japan out of the dark ages into modern times. 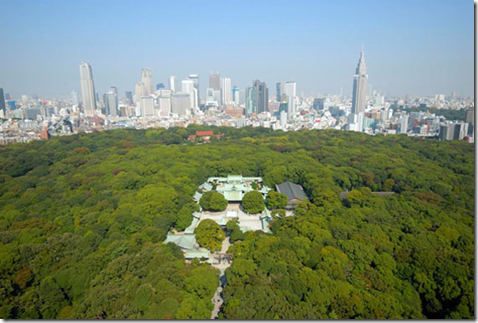 It’s a beautiful park, laid at a very centric area of Tokyo. 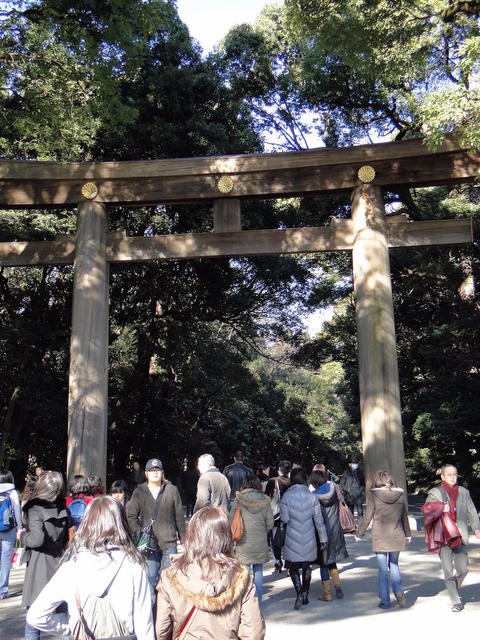 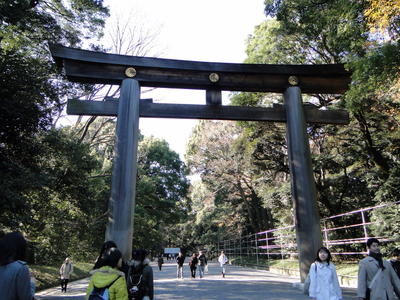 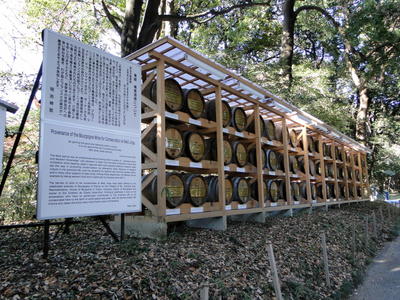 At the entrance to most Shinto shrines, is a drinking fountain worshipers drink from before entering. 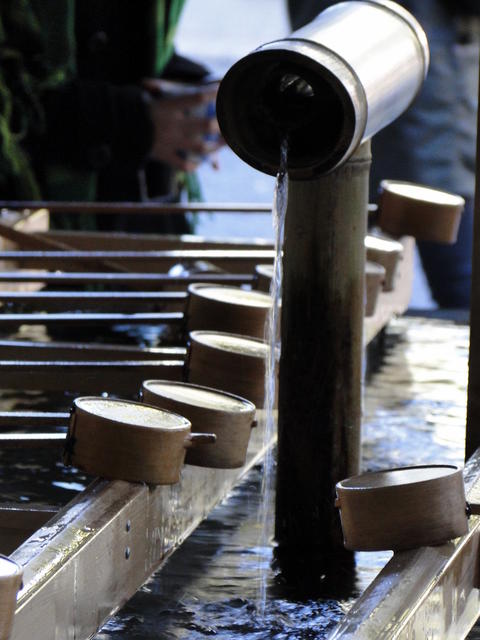 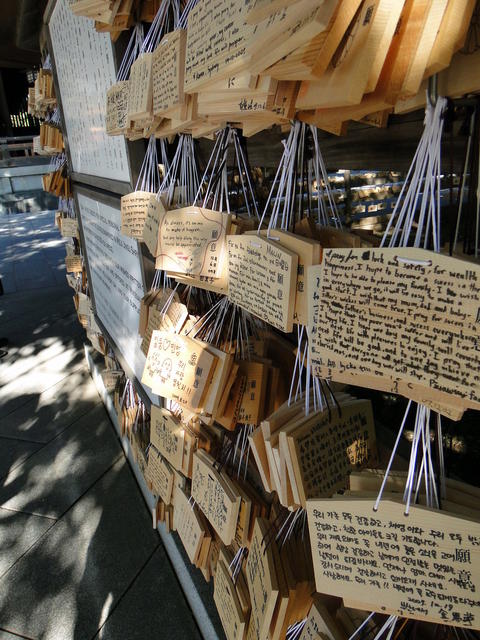 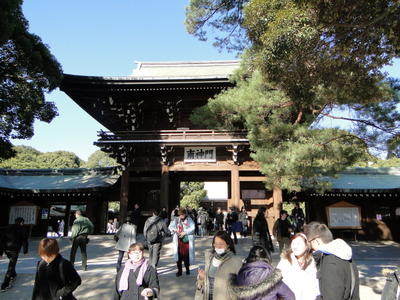 Aside from the park and the temple, the main attraction of the place would be the very traditional wedding ceremonies taking place. I caught two. 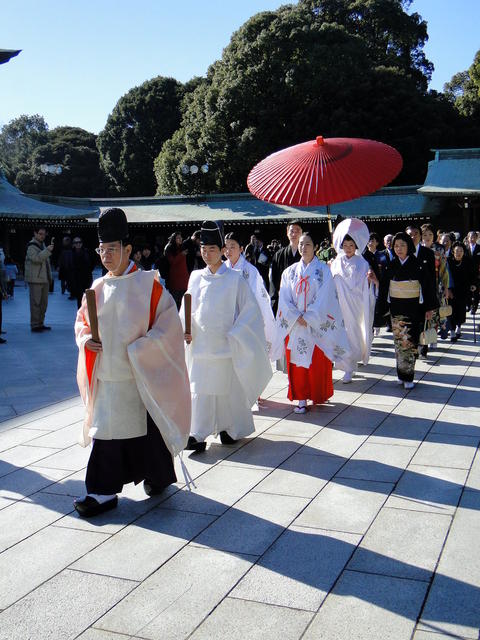 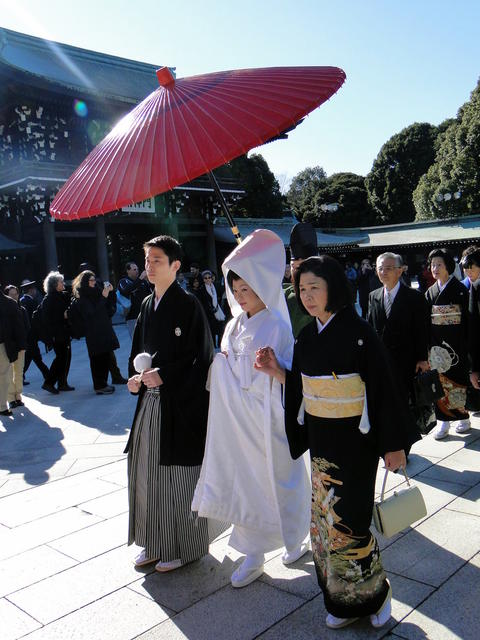 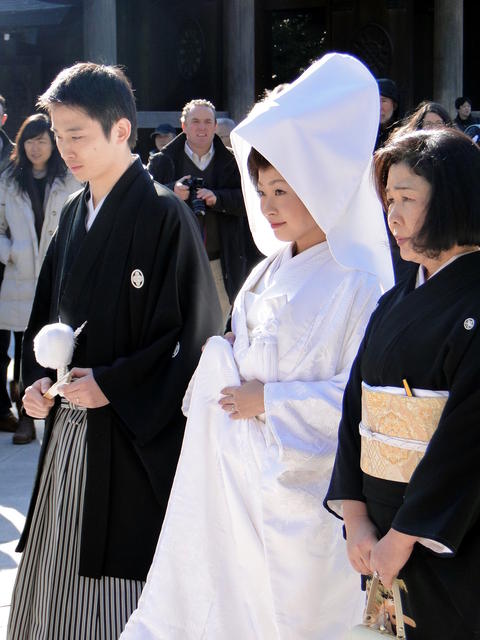 I love the clothing, the formality, the ceremony. If it wasn’t for all the tourist walking around it would look like it’s from a different long forgotten world. 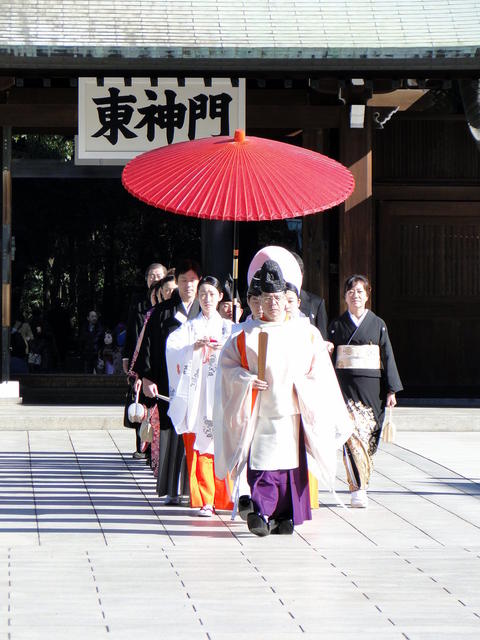 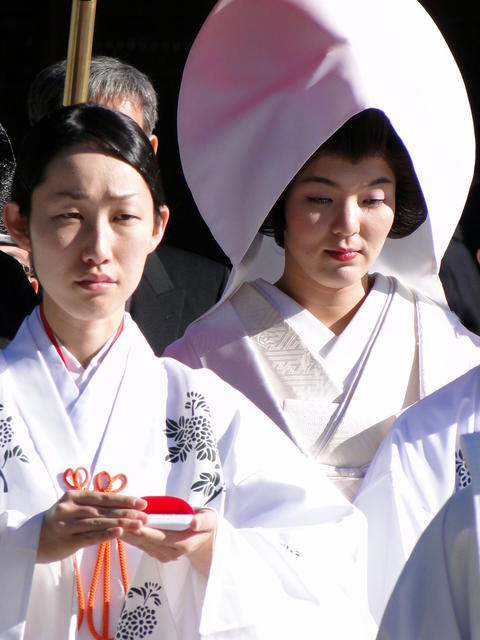 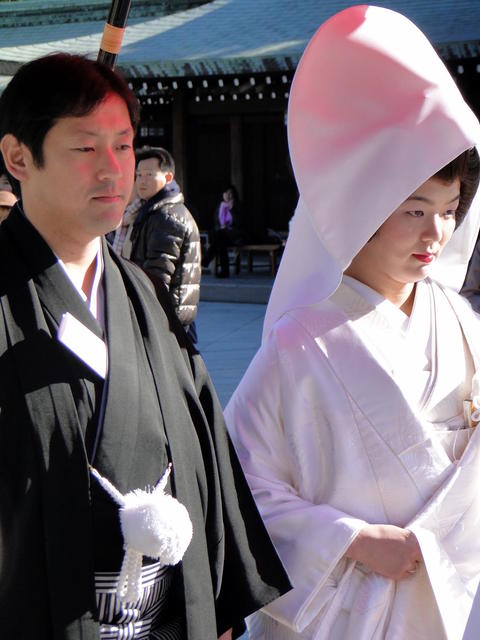 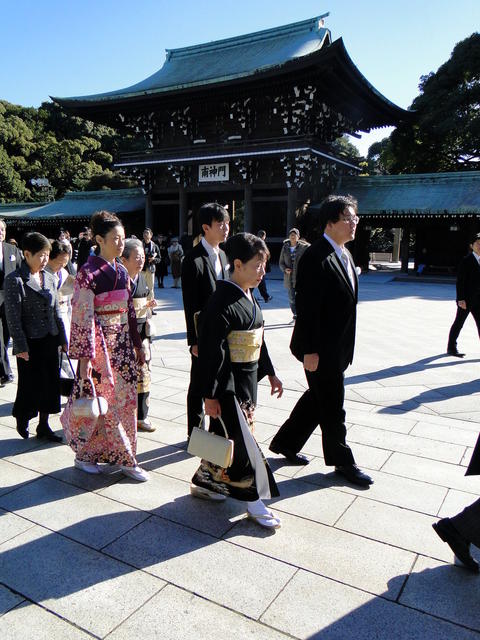 A worth-while escape from urban Tokyo with a glimpse into the more traditional Japan.