Heading towards the beautiful Filipino islands people often skip Cebu City. Though I agree that Cebu City might not be a destination that stands out by itself, if you do have a few hours to burn in Cebu before or after a flight there are definitely some local historical attractions you can explore (see previous posts on Fort San Pedro, the Carbon Market and the Yap Sandiego Heritage House). One of the more famous historical attractions is the Basilica of Santo Niño, dating back to 1739 with over 2 centuries of construction and destruction since 1565. 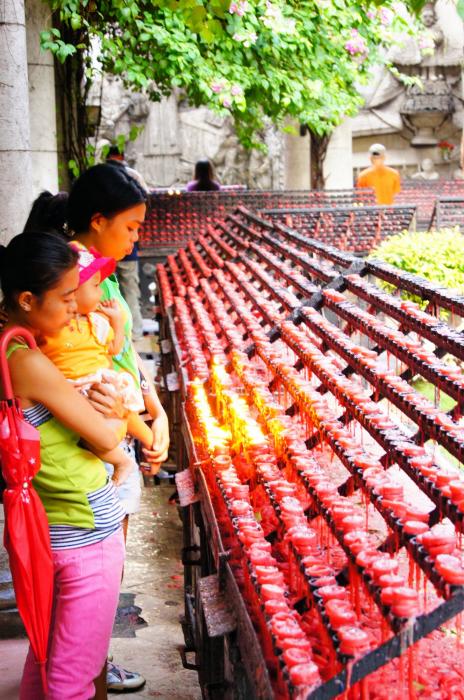 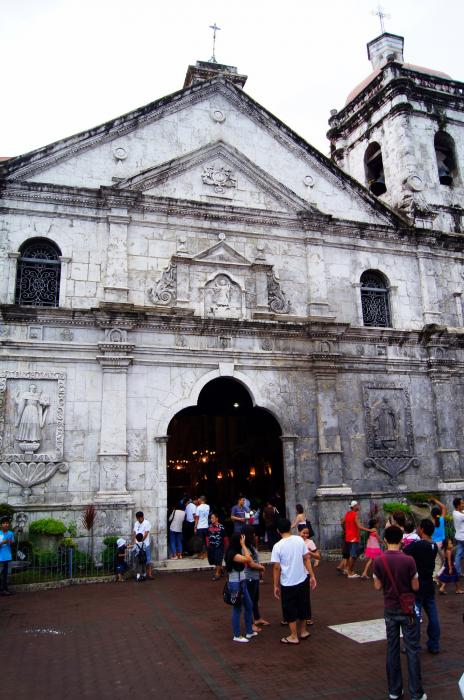 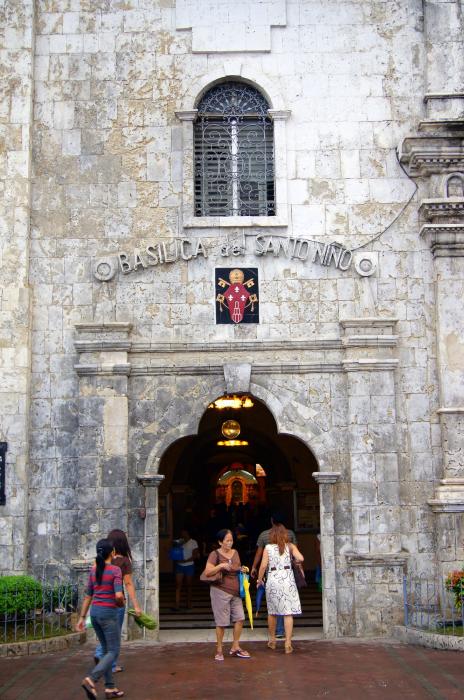 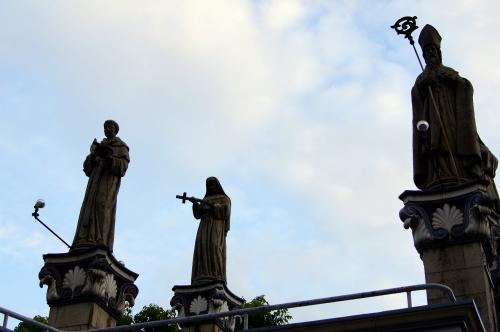 The now-basilica hosts a "miraculous image" of Santo Nino:

The image of the Santo Niño, which is kept in the parish convent, is considered the oldest religious relic in the Philippines . This was the image that Magellan gave to Queen Juana as a gift during the baptism of King Humabon and his wife Queen Juana on April 14, 1521.

The Santo Niño de Cebú ("Holy Child of Cebu") is a celebrated Roman Catholic statue of the Child Jesus venerated by Filipino Roman Catholics. Claiming to be the oldest religious image in the Philippines, the statue was originally donated by Ferdinand Magellan to Rajah Humabon and his wife Humamay in 1521, along with a statue of the Our Lady of Guidance and Ecce Homo. Believed to be originally made in Belgium, it is highly similar to the Infant Jesus of Prague.

The statue is clothed in expensive textile robes and a gold crown, mostly donated from fervent devotees in the Philippines and abroad. The statue gained prominence when it miraculously survived a great parish fire in 1565. The statue is permanently housed under bulletproof glass at the Basilica Minore del Santo Niño in Cebu City. Its feast is celebrated every third Sunday of January. It is one of the most recognizable cultural images in the Philippines found in many secular and religious areas.

Aside from the basilica, I imagine the biggest attraction is actually with the locals visiting the place… 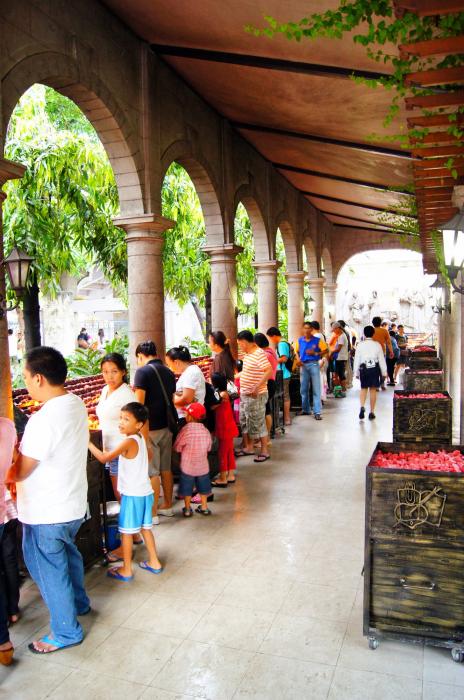 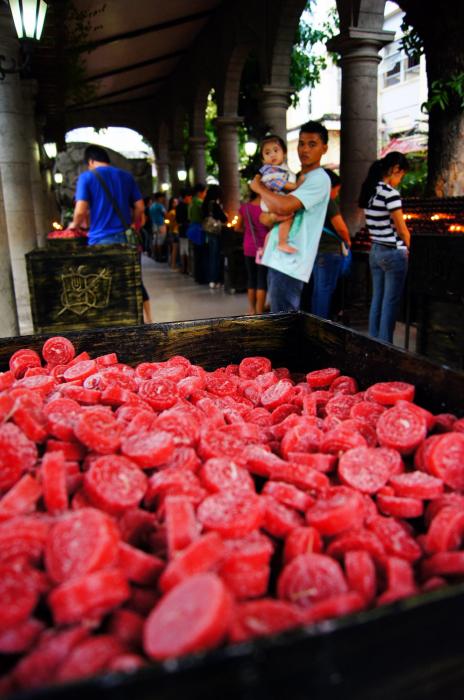 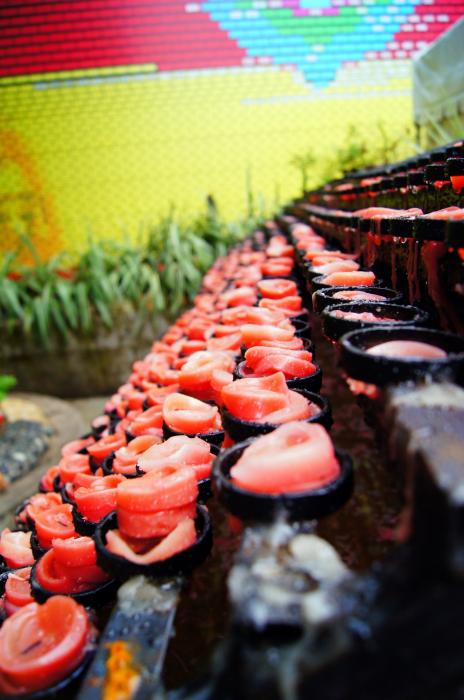 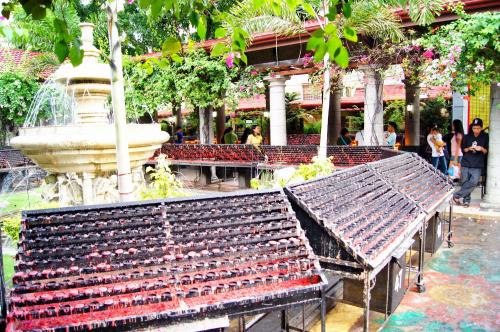 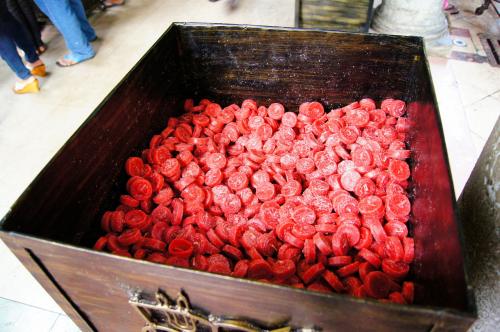 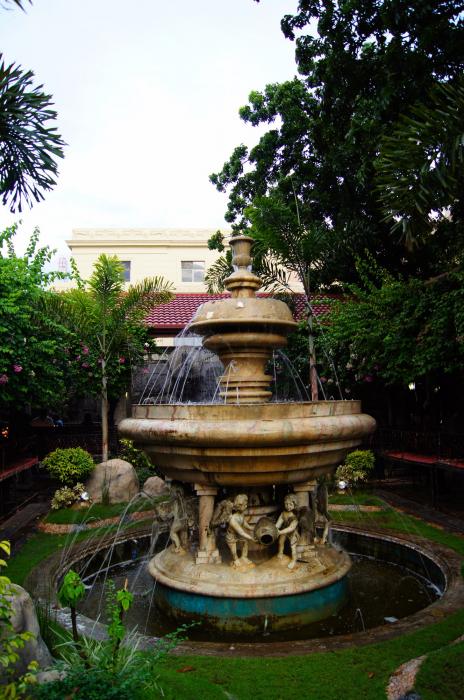 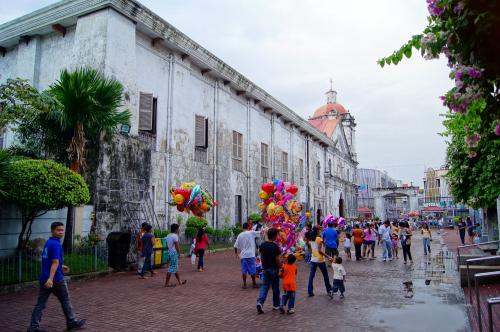 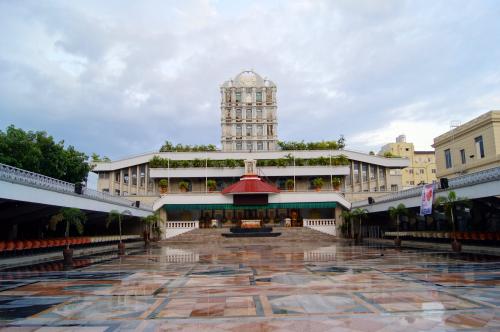 Just next to the basilica is the Magellan’s Cross (source)

Ferdinand Magellan was the first European to come to the Philippines in 1521. Also known as Fernao Magalhaes or Fernando Magallanes, he was a Portuguese navigator working for the King of Spain in search of the spice islands (now part of Indonesia, known as Maluku or Moluccas islands). When he and his crews landed on Cebu island, a native chief, Rajah Humabon, met and befriended him. Rajah Humabon, his wife and hundreds of his native warriors agreed to accept Christianity and were consequently baptized.

Magellan planted a cross to signify this important event about the propagation of the Roman Catholic faith in what is now Cebu, in central Philippines.[…]

Some say, however, that the original cross was actually destroyed. The Magellan cross displayed here is said to be a replica of such cross. It is housed in a small chapel located in front of the present city hall of Cebu, along Magallanes Street (named in honor of Magellan).

This site obviously has historical importance to the locals with the first introduction of Christianity to the region (a tragedy, some would say). 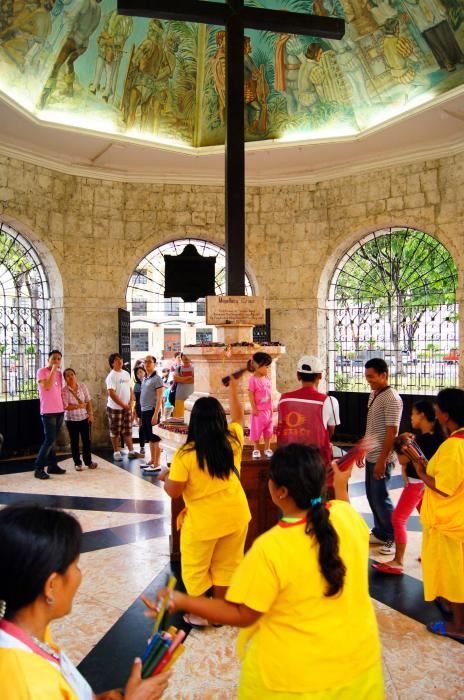 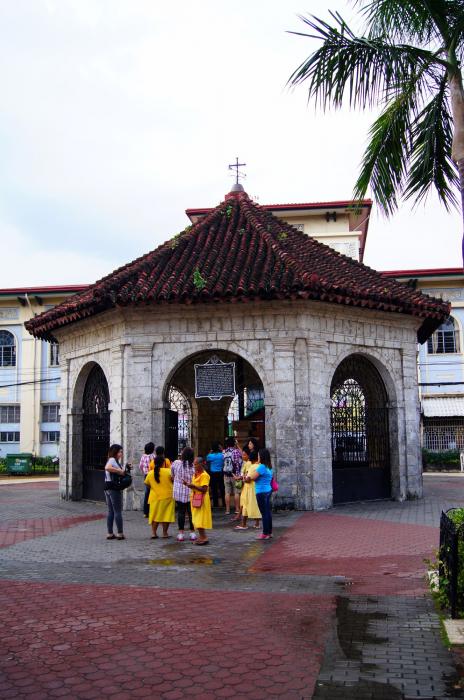 If you’re already in Cebu – it’s a pleasant way to spend an hour or two to experience some of the local worshipping.