Nope, the tour to Macau is not over yet. Although we’ve already been to St. Paul’s Cathedral Ruins, St. Dominic’s Cathedral, A-Ma Temple, the Venetian, City of Dreams and other Macau treats, there’s still lots to see.

Up from Senado Square and next to St. Paul’s is Monte Fort (otherwise known as Fortaleza de Nossa Senhora do Monte de São Paulo, or … “Fortress of Our Lady of the Mount of St. Paul” 大炮台). This well situated Portuguese fort overlooks the entire city of Macau from above, with remains dating back to the 17th century. If you’re wondering about the history of the place, so am I. There’s little to no information about the events that took place, other than defending from the Dutch in the 1622 attempted invasion (who did much better in Taiwan two years later).

To give tourists a sense of what it might have been like, cannons are placed between the walls, even if it makes absolutely no sense that a cannon would point to its own wall… 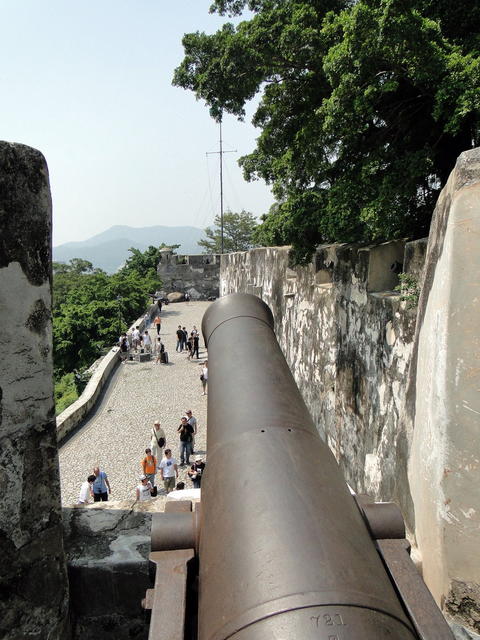 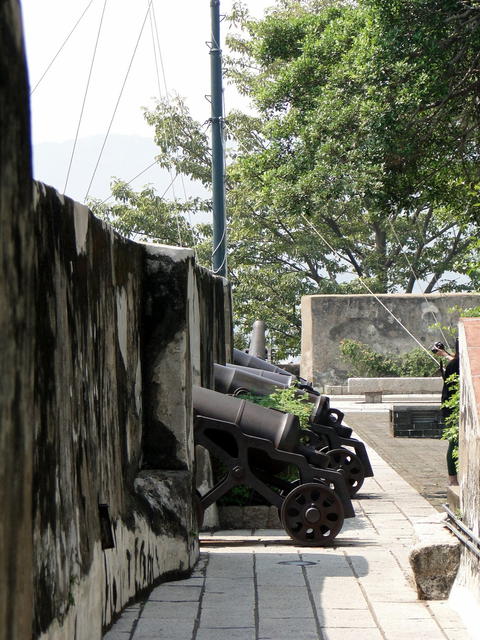 This next cannon here, I thought, was extremely well positioned to target Macau’s number one enemy. How do you fire this thing? 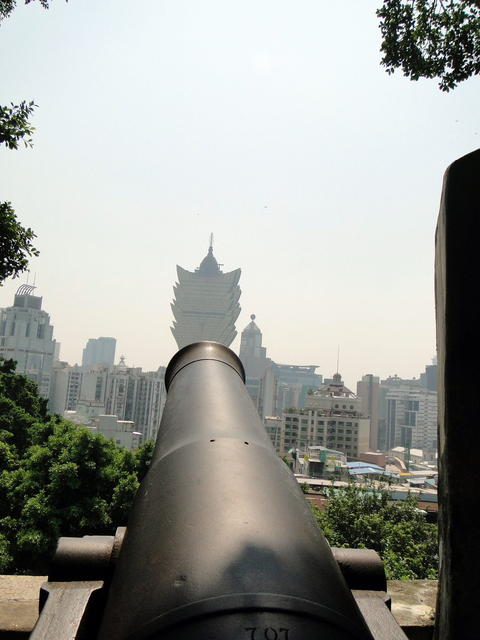 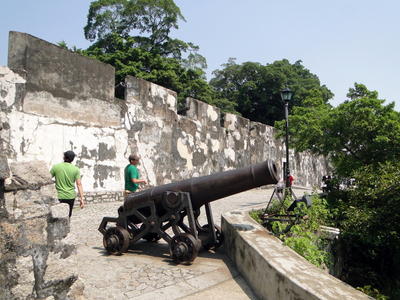 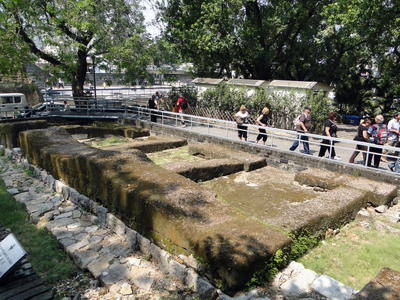 On top, among green trees and patches of grass, is the Macau Museum, which we might get to later on. 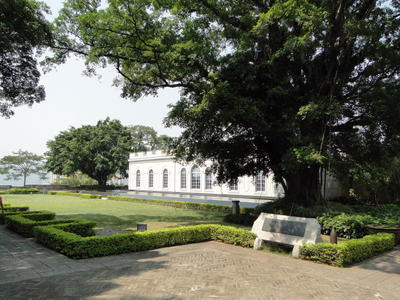 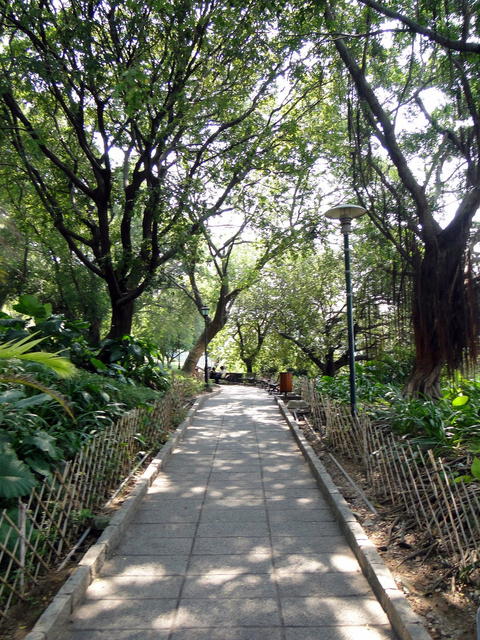 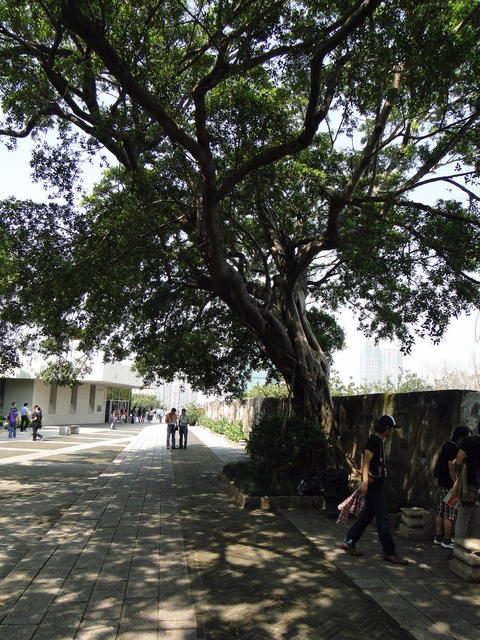 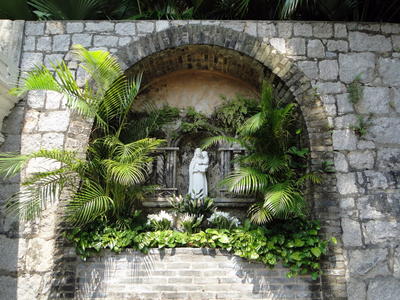 Although you can see most of Macau from the top, Macau is not what you would call a spectacular view, and closer observations shows that Macau – with its glorious casinos and filthy rich tourists – has its own share of run-down barely above poverty style neighborhoods. 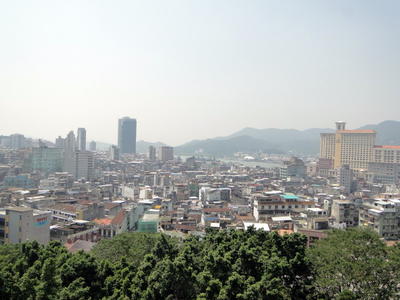 Still, city panoramas bring the best of a place…