Not far from Napo and San Juan on the small island of Siquijor in the Filipino Visayas are the Lugnason Falls. Unlike the larger Cambugahay Falls which are considered a prime attraction on Siquijor, the Lugnason Falls nobody really knows about. Not even some of the expatriate living on the island, it seems. You’re also not very likely to find any signs leading up to the falls. Though I had several maps of the small island, only a wall map I saw at some local resort suggested there might be anything interesting there. 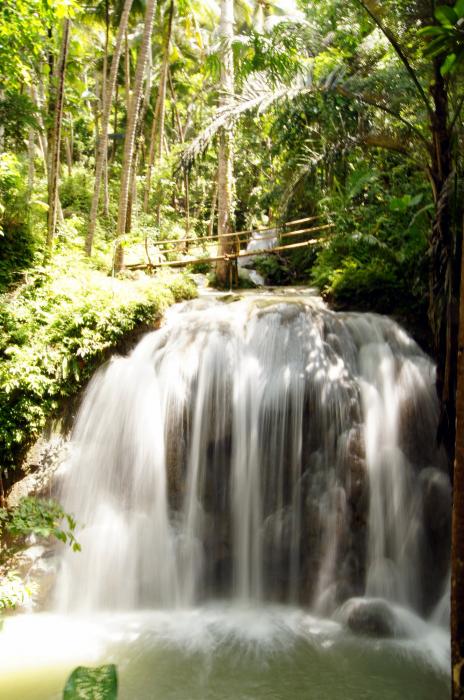 If you search this on the web, you’re not likely to find much. Still, Wikitravel doesn’t disappoint:

Another surprising mention suggests that it’s one of the selected top 10 attractions on the island. But, I assure you, it’s not on the maps and there’s nothing there, aside from this small sign on the road just after Napo… 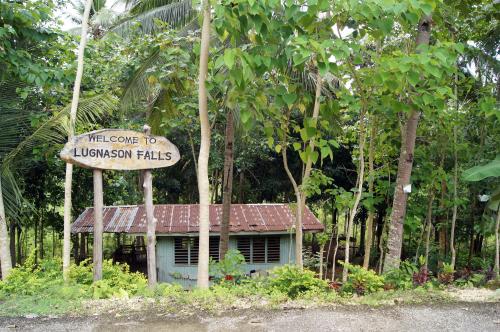 What’s to see? eh… waterfalls. Nothing too large at that, but it’s still a nice escape and if you’re into bathing in a clear water pool surrounded by nothing but nature, this just might be the spot for you. 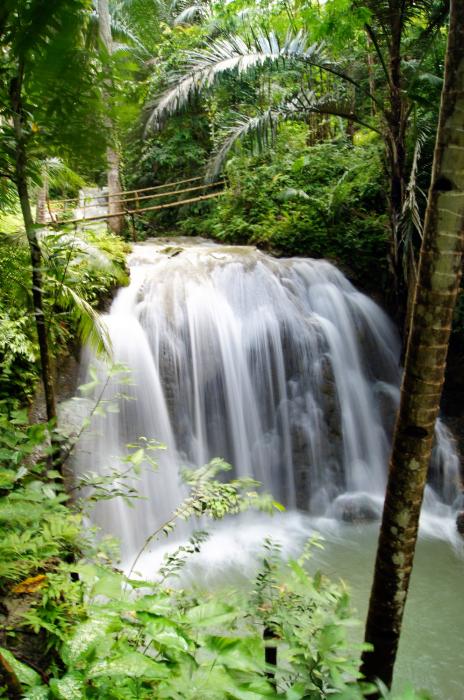 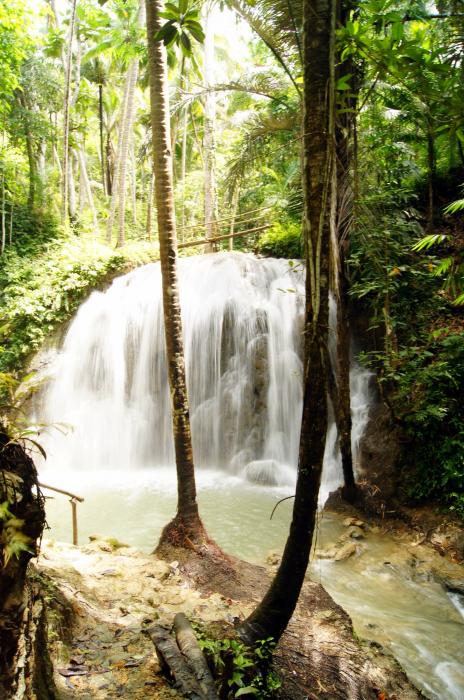 You can also go and explore abit around the waterfalls, but be warned – the trails are unmarked with no signage. 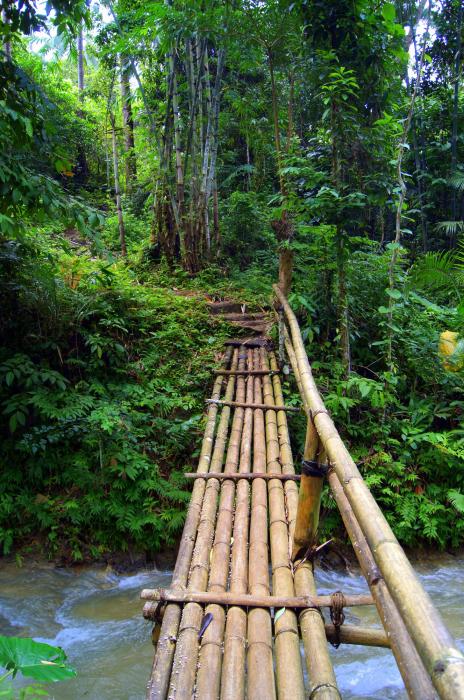 Still, you can just follow the stream and see where it takes you… 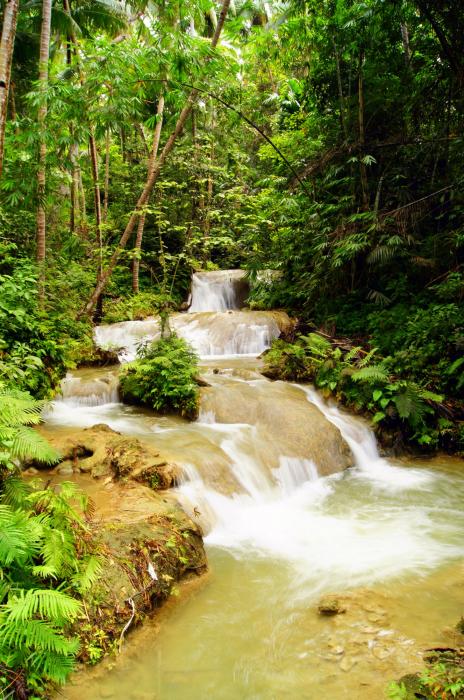 Nothing too special, true, but it did get me into some local villages on the way where I got to see some cock fighting.

On the way back to the island road I was asked to take a few enthusiastic local kids on the back of my motorbike. By the looks of it, their village mates were enjoying the sight of a foreigner giving a ride to locals.