Lingyin temple goes by many translated names – Temple of the Soul’s Retreat, the Temple of the Hidden Immortals, and a few others I came across on the web. Dating back as early as 4th century BC, located 2-3km southwest of the West Lake, Lin Ying Temple is one impressive place to visit. A true competition to the grandeur of some of the huge temples I’ve visited in Taiwan. Wikipedia elaborates :

Lingyin Temple (灵隐寺 ; 靈隐寺; Língyǐn Sì) is a Buddhist temple of the Chan sect located north-west of Hangzhou, Zhejiang  province, China. The temple’s name is commonly literally translated as Temple of the Soul’s Retreat. It is one of the largest and wealthiest Buddhist temples in China, and contains numerous pagodas and Budddhist grottoes.

The monastery is the largest of several temples in the Wulin Mountains (武林山), which also features a large number of grottos and religious rock carvings, the most famous of which is the Feilai Feng (飞来峰; literally "the peak that flew hither").

The monastery was founded in 328 AD during the Eastern Jin Dynasty by monk Huili, who came from India. From its inception, Lingyin was a famous monastery in the Jiangnan  region. At its peak under the Kingdom of Wuyue  (907-978), the temple boasted nine multi-storey buildings, 18 pavilions, 72 halls, more than 1300 dormitory rooms, inhabited by more than 3000 monks.

I was extremely unlucky with the weather, it was pouring rain and visibility was poor for the nearby cable car (which visitors on a good clear day MUST explore). Still, there was much to see and admire : 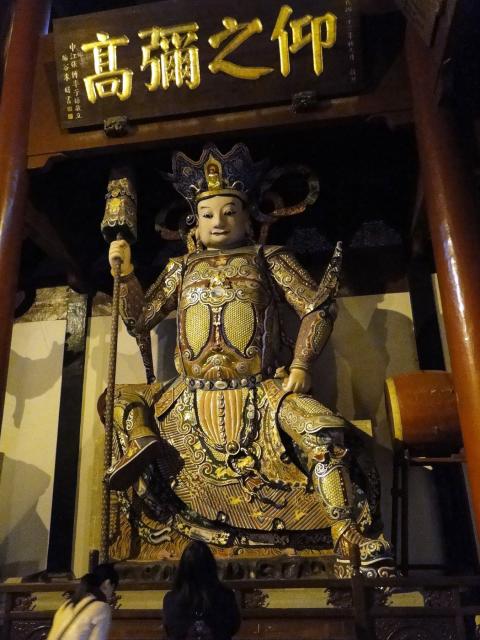 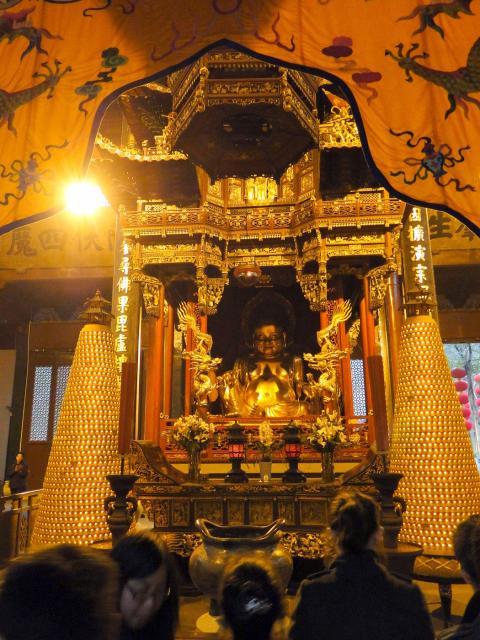 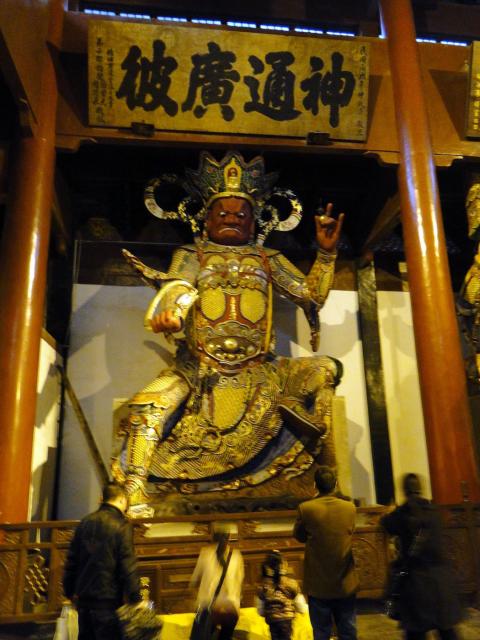 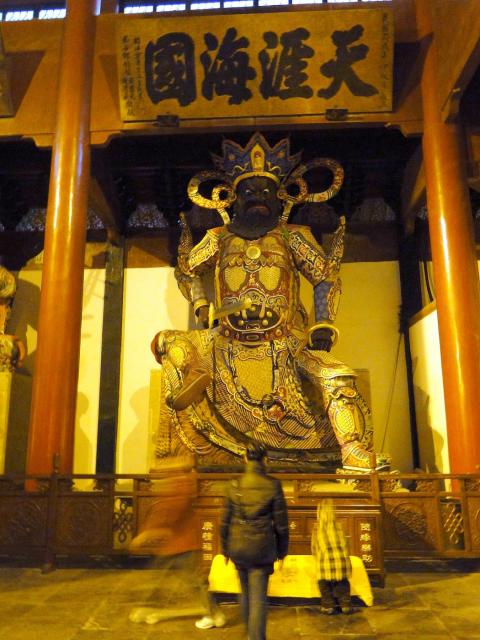 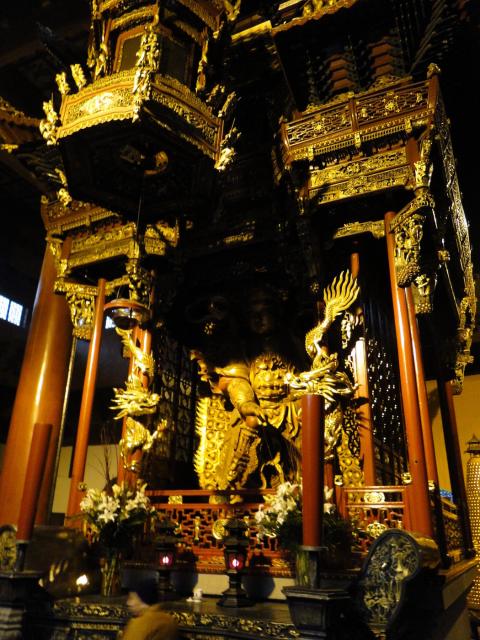 The complex itself is huge, serving several halls filled with several monster size Gods looking down at the worshiping crowds. I was soon made aware of the fact they do not appreciate being photographed, and so with the weather outside, there wasn’t much for the camera to offer. I spent a few hours wondering around the campus, eating at the local veggie restaurant, and finally took the quick golf car back down the road (8 yuan). 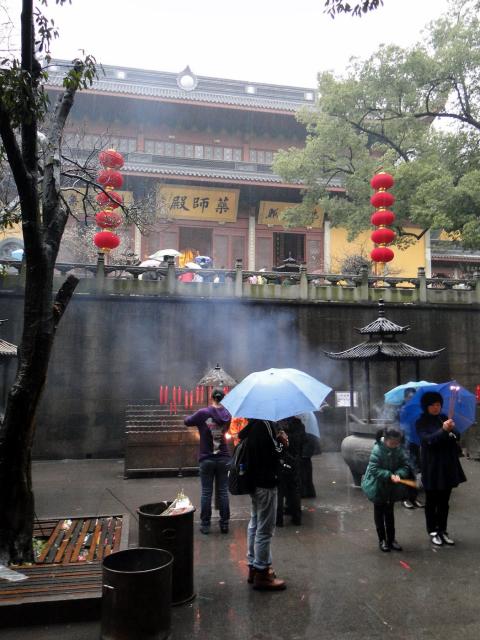 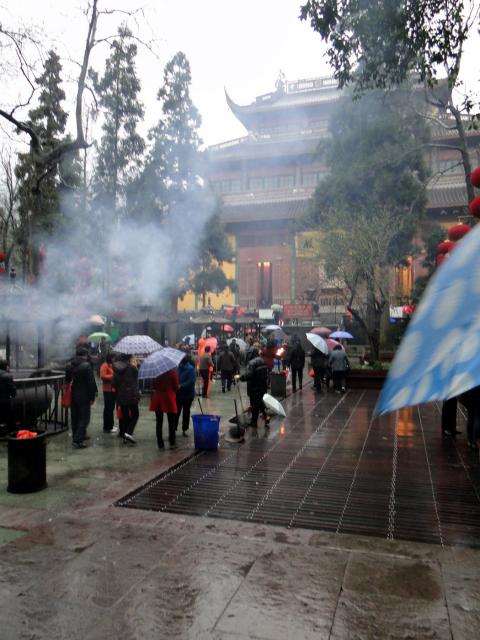 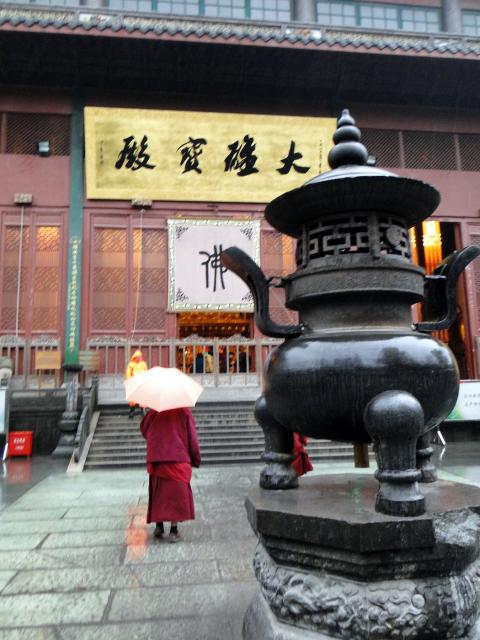 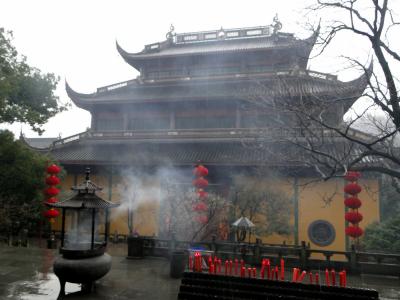 Got to come back visit on a nicer day.