Protecting the civilians in Kinmen from the mainland Chinese invasion are a series of long tunnels built by the civil defense during the 1970. They’re spread all throughout the island, but in Jincheng you can take a walking tour underground to experience what being a Jincheng resident under a mainland attack might feel like.

Upon arrival in Jincheng – the Kinmen Island main town – with the bus from the ferry, you’ll probably get off at the last station – the Jincheng bus station. In the bus station is a tourist information center and just next to it are some stairs leading up to the Kinmen Civil Defense Tunnel Exhibition Museum, where you’ll be able to join a tour that leaves every half an hour that would take you back down and then below the ground into Jincheng’s long civil defense tunnel. Before you head down, you’ll receive a detailed explanation in mandarin Chinese about the structure of the tunnels and you’ll watch a sub-titled movie about how those came to be.

While you get in at the Jincheng bus station, you’ll get out a few kilometers away to the north, so be prepared to walk back. 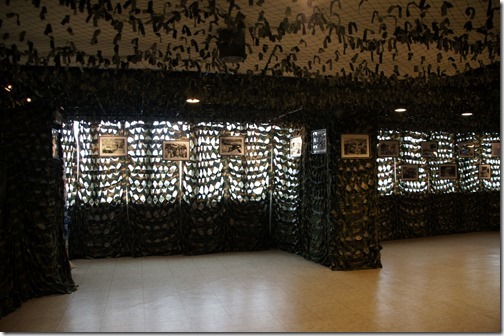 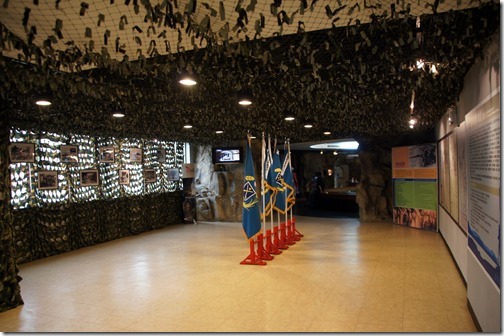 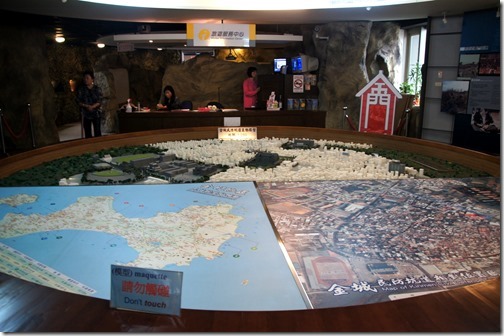 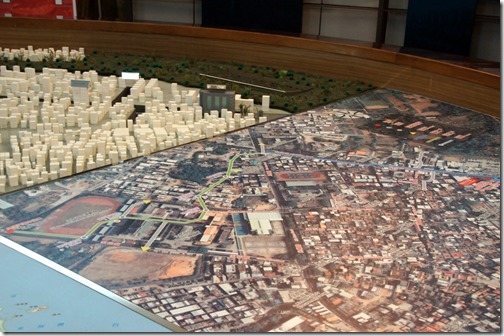 Taipei Times has a bit on the site in English :

It is one of the most significant and longest of the 12 underground military base tunnels, built as defense installations on Kinmen since the late 1950s.

The tunnels bear witness to how Kinmen survived the many Chinese communist strikes against it, including extensive shelling in 1958, and how Kinmen has been transformed from a frontline anti-communist bastion into a tourist attraction in recent years.

The Jincheng Civic Tunnel was opened to the public two years ago after being refurbished.

Not much else out there, but the wonderful Off the Beaten Track blog offers a bit more :

During the early 1970s, networks of tunnels were built for the use of civilians during the relentless aerial bombardment by China (which occurred on alternating days) in twelve towns around Kinmen, several of which are open to visitors today. The largest by far, the Civil Defense Tunnels (金城民防坑道) in Jincheng town, starts, bizarrely, on the second floor of the building housing the Jincheng bus station – go up the wide stairs to the exhibition hall, where tours (every hour, every day) descend the steps into the beginning of the over two kilometer-long tunnels. The tour (a guide is compulsory) takes visitors along 1.4 kilometers of the system (the remaining 600 meters consist of branching side passages connecting with the surface at various places in the town to give citizens quick  access to safety in the event of a surprise attack). The twenty-minute walk (the tunnel emerges on the surface at Jincheng High School, on the opposite end of the town!) is strictly not for those suffering from claustrophobia. It’s hot and humid down there, and probably too scary for young kids, especially when sensors at intervals en route are tripped, setting off the special sound and strobe-light effects that are supposed to simulate being down here during an aerial bombardment. On the other hand it’s a unique and vaguely surreal experience, just one of many on Kinmen.

Let’s go down the tunnels… 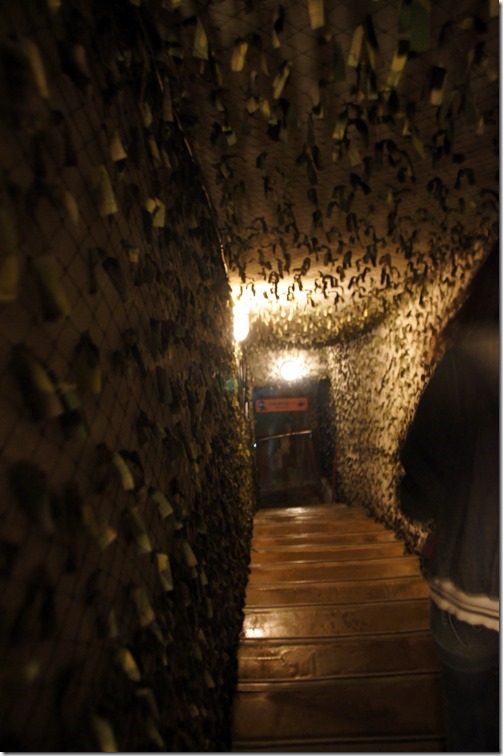 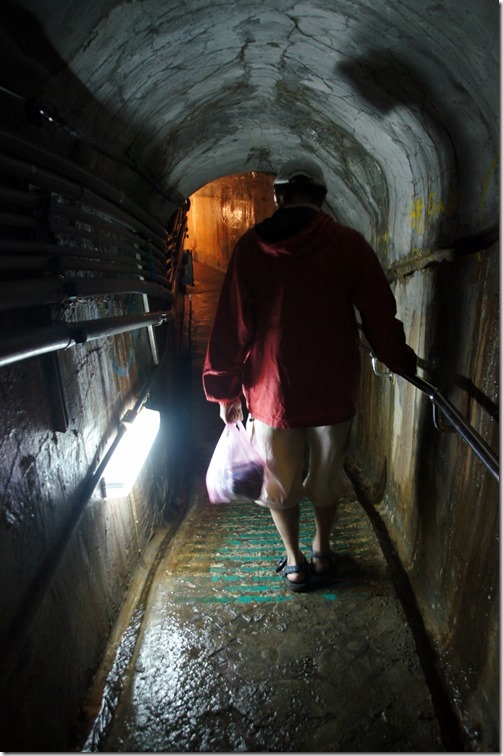 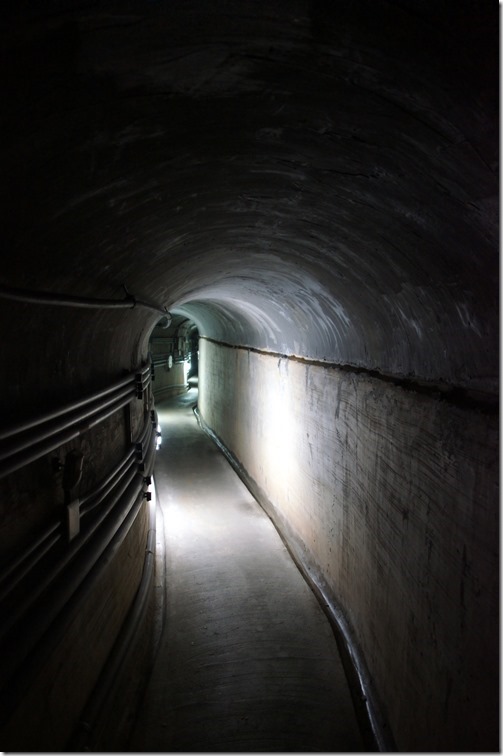 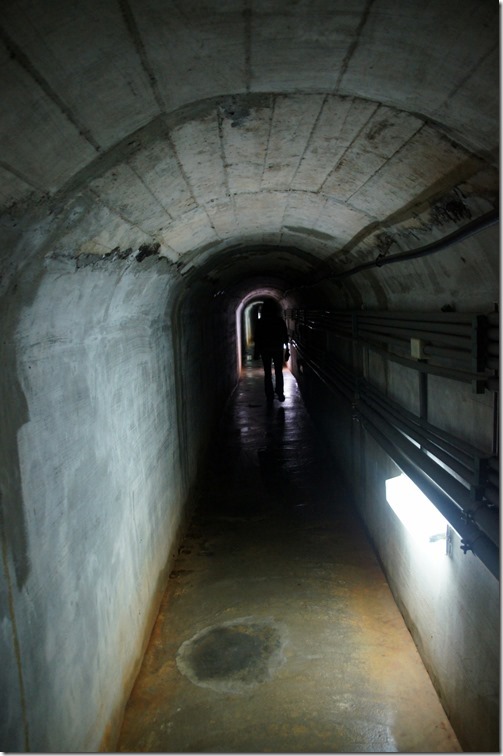 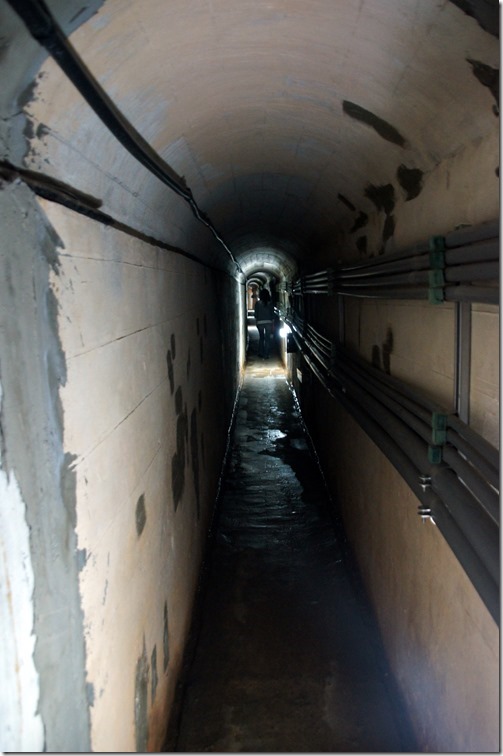 Got to warn you, it gets claustrophobic in there, and occasionally, out of nowhere – the lights would turn off and blast noises would try and simulate what being an attack is like. Having been under missile attack more than once in my life, I can’t say it was a pleasant recall, and some of the other ladies were freaking out a bit. The guide would also spontaneously turn off her guiding light to force us to navigate blindly in the tunnel. This isn’t exactly for the sensitive among you.

To understand where the tunnels go in the city, check out this map : 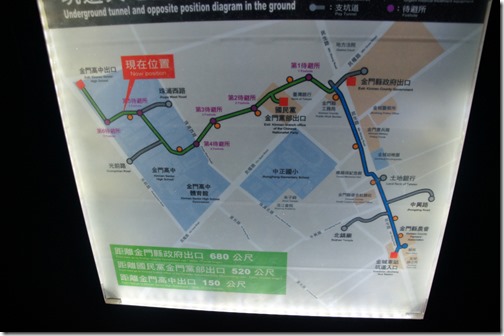 When I was visiting there, the others in the group were from Hong Kong and they were happy to help me understand the historical context and the guide explanations. If you’re not Chinese proficient, it might be a more complete experience if you’d have someone with you to help with the translations.

A bit more on the tunnels can be found on: