Do you like Kimchi? Though my ability to endure any sort of spicy cuisine is extremely limited, somehow – Kimchi is one of those things I can’t seem to get enough of. Outside Korea we tend to mainly focus on one typical sort of Kimchi, but soon after arriving in Korea you realize that Kimchi is far more than a single side-dish. It’s a whole culture, and the diversity of delicious things that fall under the Kimchi category is quite overwhelming.

It’s not considered much of a tourist attraction, but not too far away from my hotel in Gangnam Seoul is the huge COEX shopping complex that hosts a small Kimchi Field Museum. So I went in to have a look. 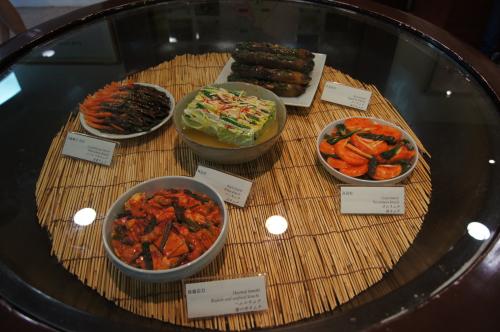 The Pulmuone Kimchi Museum was established in 1986 to study the culture of kimchi, the archetypal Korean food, to promote kimchi inside and outside of Korea.

For over 20 years, the Pulmuone Kimchi Museum has been alone in leading a variety of activities to promote ‘kimchi,’ the food that did not receive much attention as it was commonly found in the everyday lives of most Korean people.

The Pulmuone Kimchi Museum is the ‘Place to Learn about Kimchi’ Kimchi’ for both residents and international visitor who are interested and wish to know about kimchi and the Korean culture. It operates a permanent exhibition hall introducing the history, transition, diversity, and excellence of kimchi. The museum plays the role of an ‘Archive’ for experts and students who wish to develop their professional knowledge through academic activities in various fields such as collecting papers, reference books, and various information related with kimchi, and by issuing books related to kimchi and culture of traditional Korean food culture.

Walking around, there are exampes of endless Kimchi dishes… 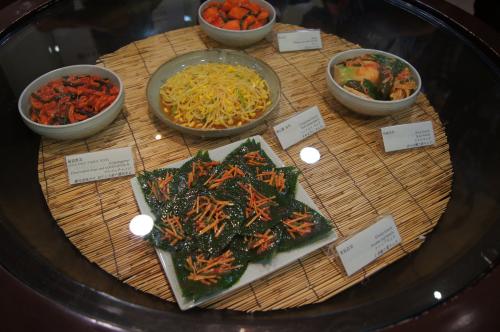 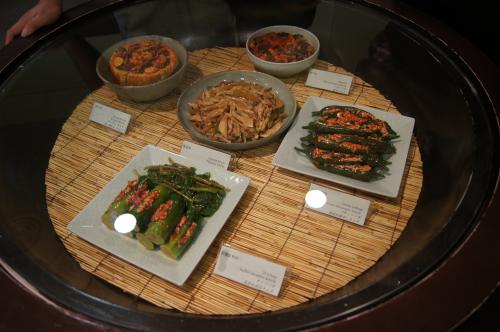 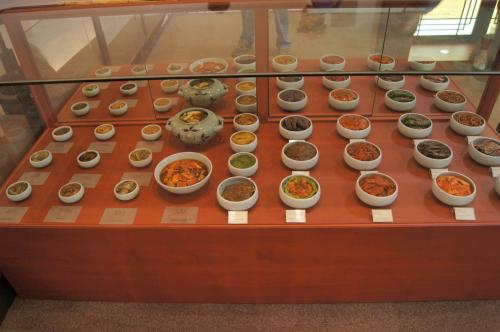 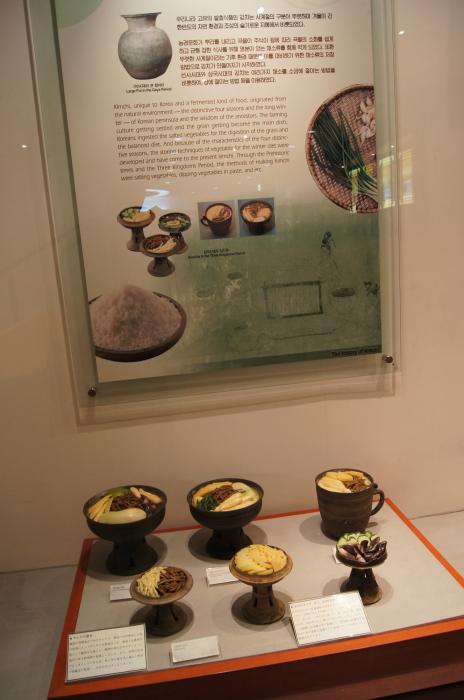 As well as the ancient art of making Kimchi… 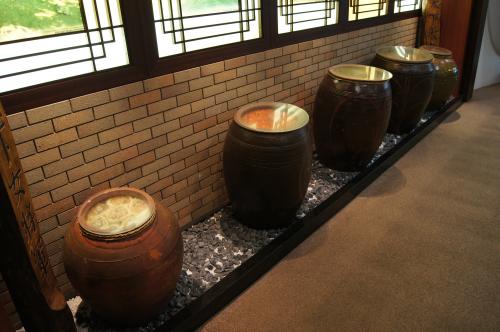 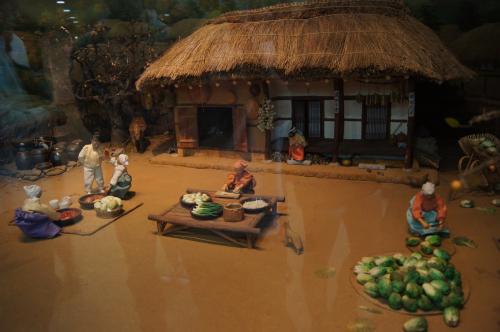 With some explanations on how healthy Kimchi is for you… 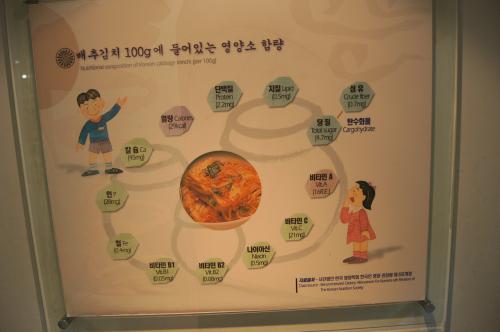 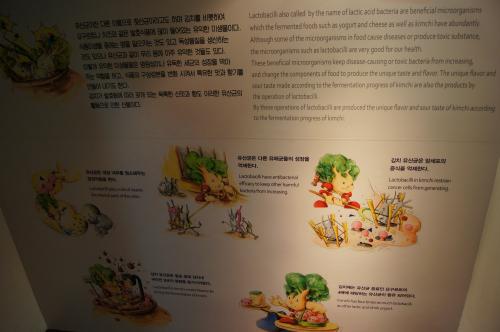 If you’ll browse the web a bit, you’ll find quite a few academic studies that claim Kimchi does wonders to all sorts of strange illnesses. Wikipedia, for example, quotes a Seoul National University study claiming that Kimchi helped cure the H5V1 (Avian flu) virus in Chickens, which was later supported by a followup study by the Korea Food Research Institute. Hmmm…

It’s really small, I’d say 30 minutes are more than enough. But, if you’re in the area and feel like a "taste" of Korea culture then you should definitely stop by. 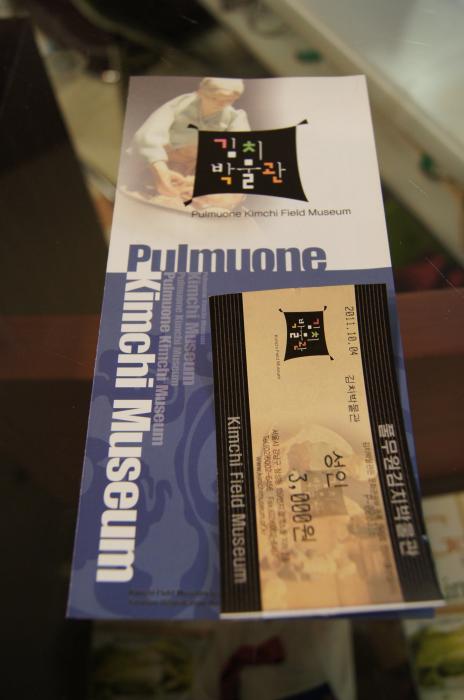 Some basic visit info (check this for updates):

Want a bit more on the Kimchi museum?