I wasn’t planning on visiting Keukenhof, I didn’t even hear about Keukenhof when making travel plans to visit the Netherlands, but it’s a very small world and once I wrote down on Facebook that I’m headed to the Netherlands I got a message that a couple of friends are taking the same flight as I was and stopping for half a day in Netherlands to go see Keukenhof before continuing towards Hong Kong. We got a ride from the airport from a local friend, and made our way through moderate traffic to go see the world’s second largest flower garden in full bloom.

It’s quite easy to get there, there are affordable shuttle buses from all over the Netherlands, but – sadly – when it’s high season you can expect to wait 1-2 hours in line to catch one from the airport. But once you’re there, it’s not all that crowded (but that’s coming from someone who lives in Hong Kong). 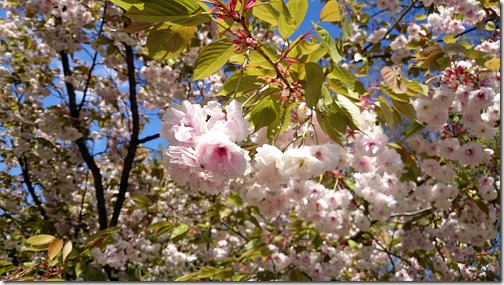 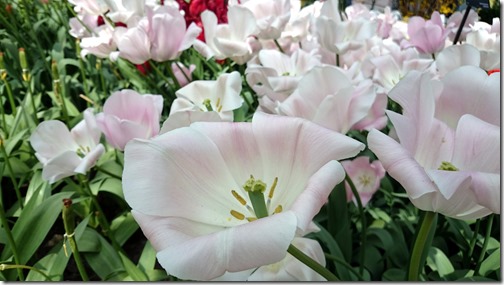 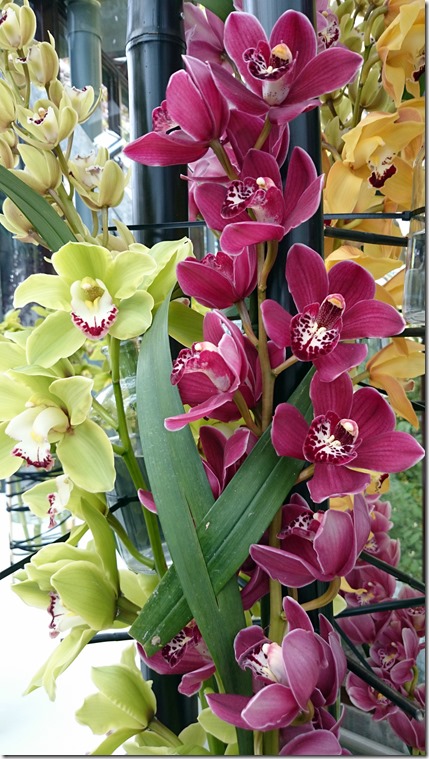 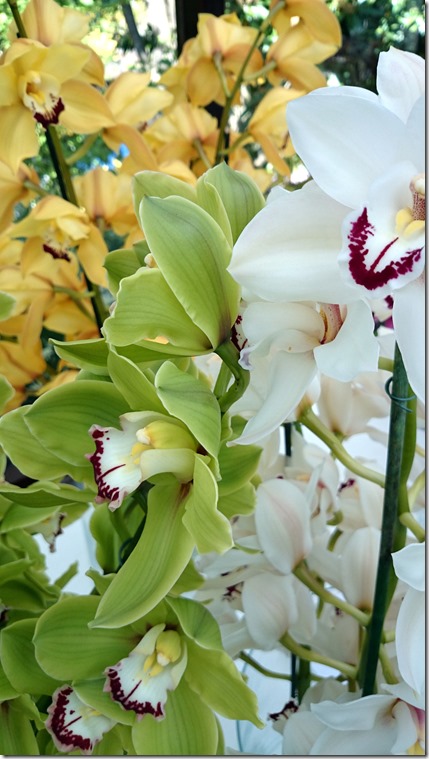 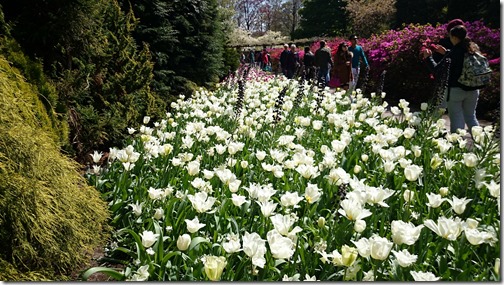 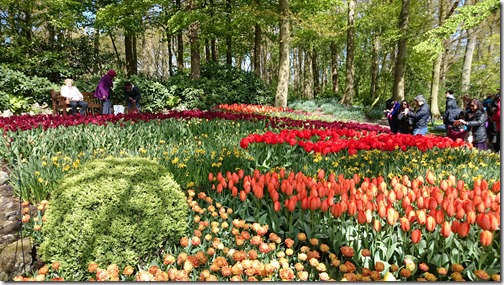 Wikipedia has the intro :

Keukenhof ("Kitchen garden", Dutch pronunciation: [ˈkøːkə(n)ˌɦɔf]), also known as the Garden of Europe, is the world’s second largest flower garden following Dubai Miracle Garden. It is situated in Lisse, the Netherlands. According to the official website for the Keukenhof Park, approximately 7 million flower bulbs are planted annually in the park, which covers an area of 32 hectares (79 acres). […]

Keukenhof is open annually from mid-March to mid-May. The best time to view the tulips is around mid-April, depending on the weather.

Keukenhof is situated on 15th-century hunting grounds. It was also a source of herbs for Jacqueline, Countess of Hainaut’s castle, which is the source of the name Keukenhof (it served to provide herbs for the castle’s kitchen). Rich merchants took over the grounds after the Countess’s death. VOC captain and governor Adriaen Maertensz Block lived there in his retirement years in the 17th century in the country house (now known as Castle Keukenhof) which he had let built in 1641.

The garden was established in 1949 by the then-mayor of Lisse. The idea was to present a flower exhibit where growers from all over the Netherlands and Europe could show off their hybrids – and help the Dutch export industry (the Netherlands is the world’s largest exporter of flowers).

The Keukenhof features a variety of different gardens and garden styles. For example, the English landscape garden features winding paths and unexpected see-through points (designed by Zocher in 1830, the garden architect of the Vondelpark in Amsterdam, among others). The historical garden is an enclosed garden where you can see many old types of bulbs. The nature garden consists of a water garden where shrubs and perennials are combined with bulbous plants. The Japanese country garden is a non-traditional garden in a natural environment.

What’s to see? Lots of green and lots of flowers, set between lovely paths and canals with the occasional exhibition hall… 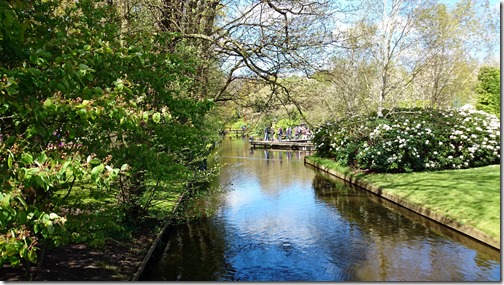 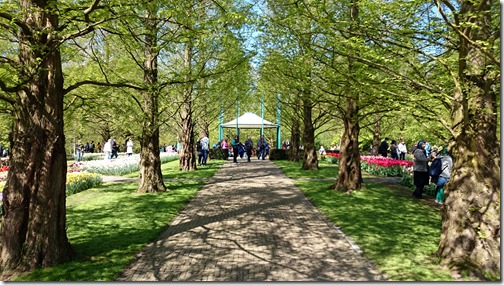 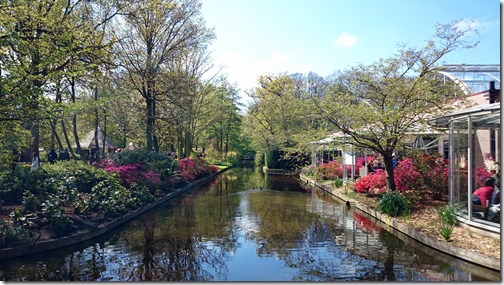 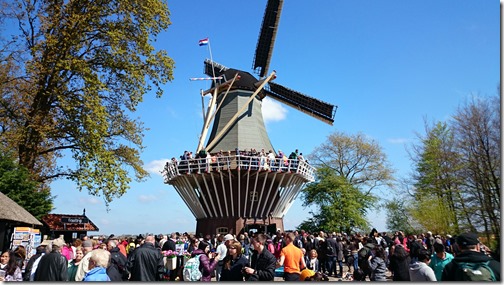 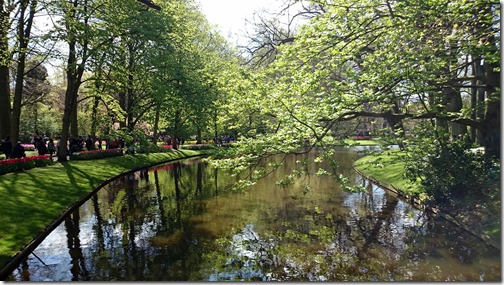 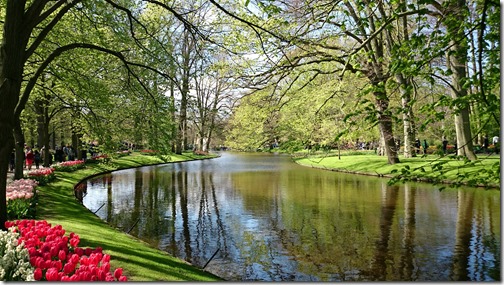 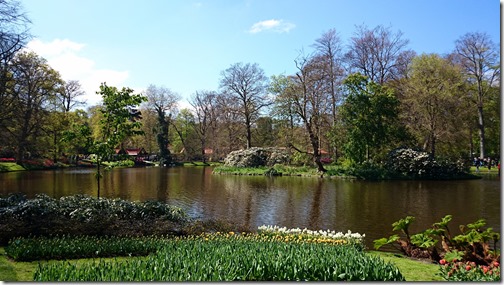 If you’re in the Netherlands between March and May, be sure to come in for a visit.