There are a few things to do down south from Jincheng Town in Kinmen island. You can stay an overnight in an old Fujianese style house at Oucuo (e.g. Piano Piano) or visit some of the underground war tunnels of Zhaishan. But, more genreally, just riding around the south western part of the island you’ll run into some interesting tourist spots, like the Jyuguang Tower & Gugang lake. 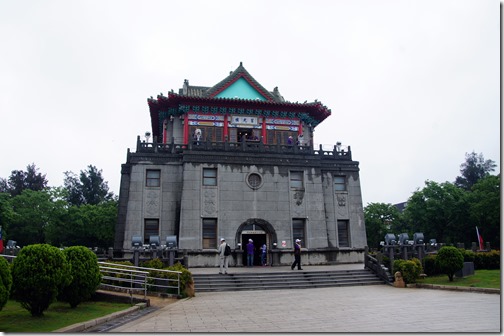 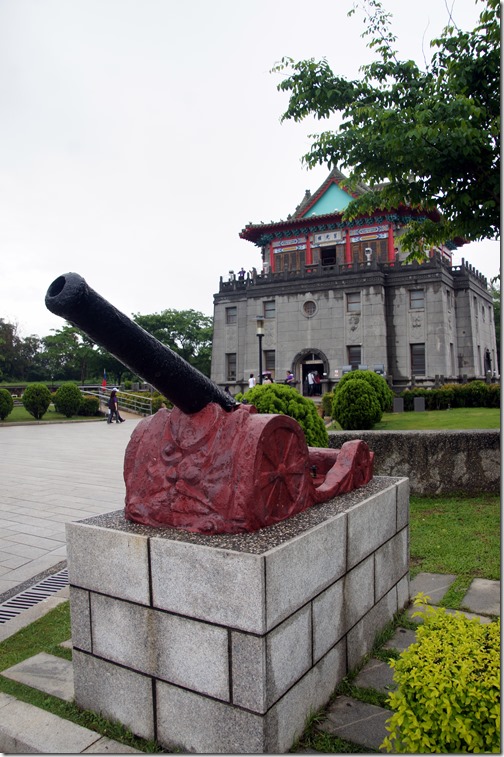 The Kinmen government website has an intro of propaganda :

Jyuguang Tower sits on the southwestern side of Jincheng overlooking Jyuguang Lake. Behind the Tower is the Fonglian Range and it faces the river mouth of Wujiang River and is linked to Jiangong Island. The grounds cover over 6612m2 and from the top visitors can enjoy sweeping views of Houpu (Jincheng Township), Wujiang’s tides and even Jiangong Island, Lieyu and Mainland China in the distance.

Construction on the Jyuguang Tower commenced 1952 at the same time that the "Wu Wang Zai Jyu" inscription was unveiled to commemorate the heroism of soldiers and officers in past battles over Kinmen. The Tower was completed in the fall of 1953 after a massive expenditure of money and manpower. Both the military and civilian populations were involved in the project, demonstrating their battleground unity.

The tower itself is three stories tall and was built in the classical palace style.

If you go up to the top… 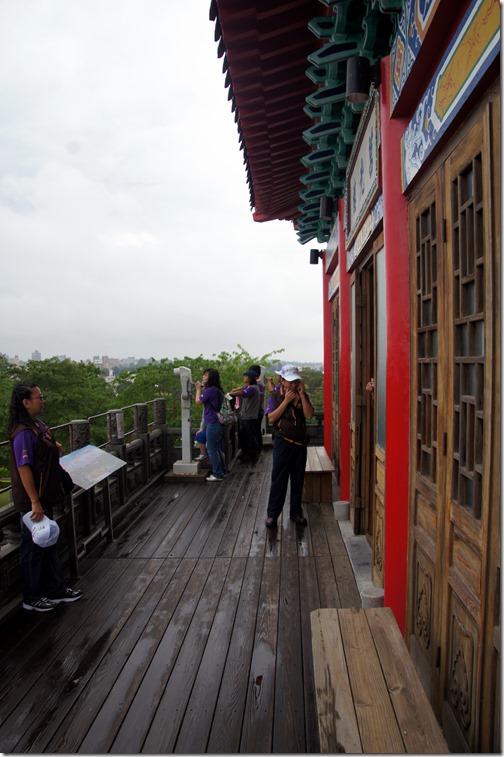 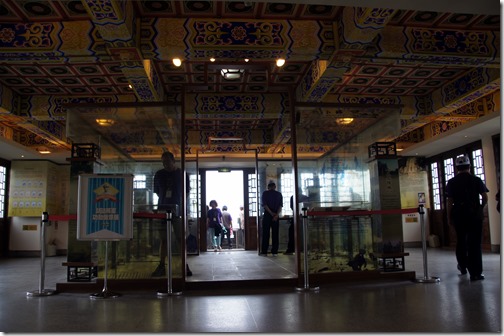 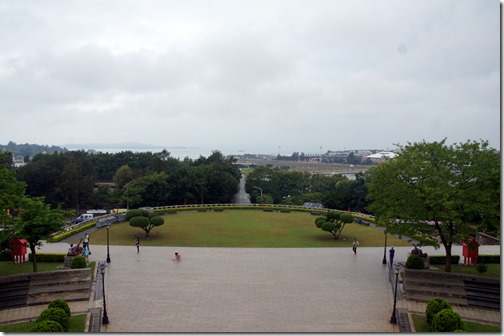 You get some landscape views of the very flat Kinmen island.

Not too far away is …

Gugang Lake is located southeast of old Jincheng and is half natural/half artificial. It is surrounded by hills and willows growing on its shore. The Gugang Pavilion on the lakeshore was built in 1964 with traditional overhanging eaves, verandahs, green tiles and red walls.

There’s a nice pavilion nearby… 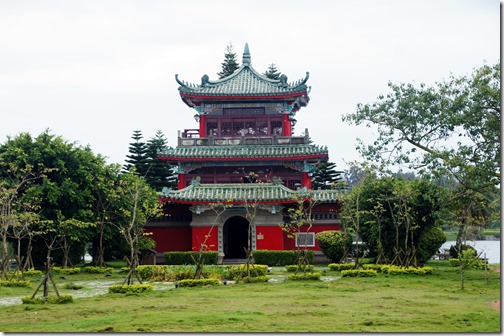 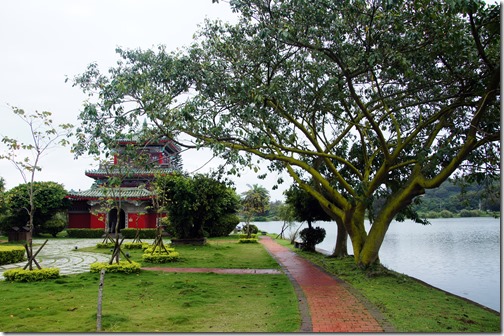 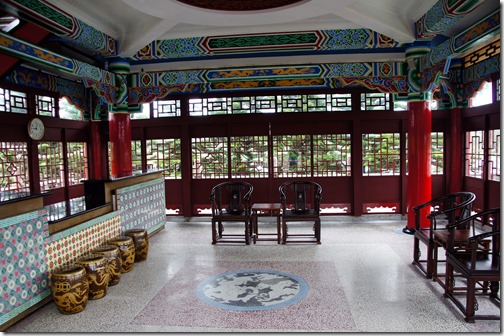 And it’s generally a pleasant break from a charming motorcycle ride of the area.

I was also hoping to visit the nearby beer factory, but that was closed due to the City God temple celebrations across the island. But, if you’re in the area, maybe try and check that out as well.