Even Taiwan had its own gold rush period, and Jinguashi’s (金瓜石) Gold Ecological Park is where you can tap into that part of Taiwan’s history. It’s only an hour or so to the east from Taipei, up the mountains, going through Jiufen and into the clouds.

During my visit tt was a rainy day, so weather outside wasn’t as nice as it could be with allegedly spectacular views of Keelung seaside. But there’s lots to see and explore. The Taiwanese government has done a good job with this park and it’s well worth a visit. 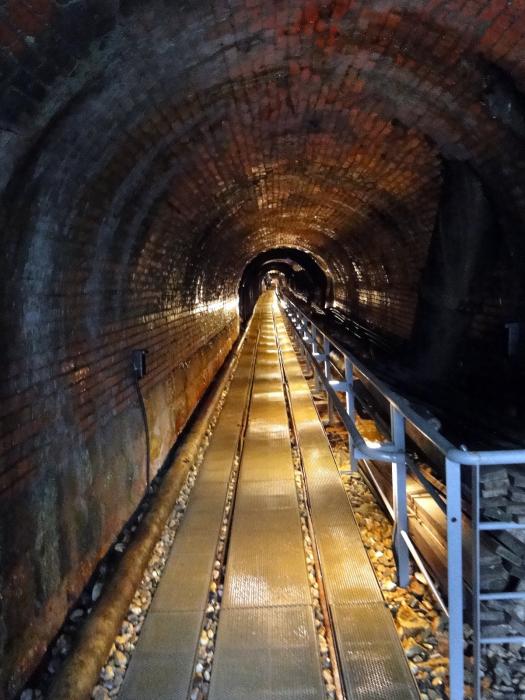 David has the intro on Taiwanderful :

The Gold Ecological Park (黃金博物園區) preserves some of the area’s Japanese era buildings and contains a museum which tells the story of gold mining in the area. You can walk around the park for free but you need to buy a ticket to enter the museum buildings and the Crown Prince Chalet. There is also the Benshan Fifth Tunnel which visitors can enter to gain an experience of what conditions were like for the miners.

The Taiwanese Culture Affairs office has more on the museum :

The Gold Ecological Park museum once served as the office of the Taiwan Metal Mining Corp. It features exhibits on the development of Jinguashi’s mining culture. Gold was discovered here in 1889, and the Ching Dynasty government set up a mining bureau between 1892 and 1893. However, in 1895, Taiwan was ceded to Japan, and Japan took over the mining operations. In 1905, copper was also discovered here and began to be extracted.

Next to the museum, visitors can join a tour of the mining tunnels to learn firsthand the working conditions of miners in former times including how they extracted gold and transported it out of the mine.

Indeed,  one of the nicest features of the park are the tunnels, where you can venture inside with a helmet-wearing tour group and get a feel of how bad things were for the miners back then… 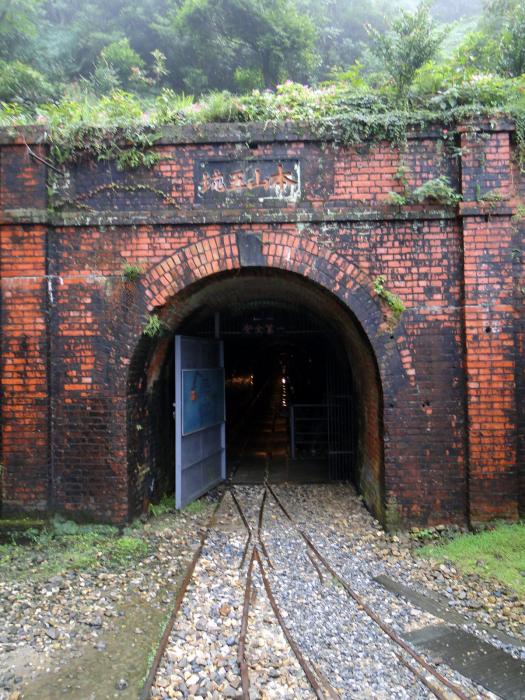 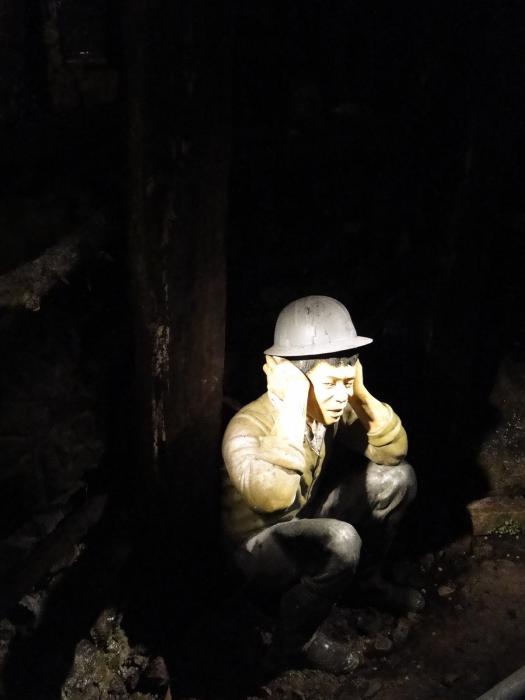 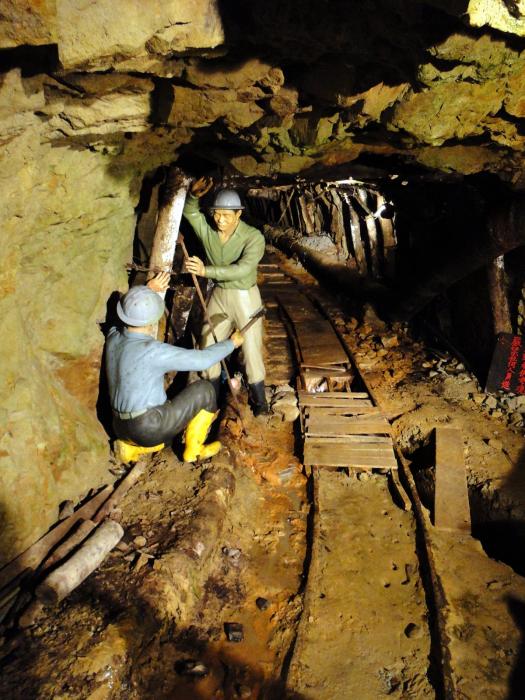 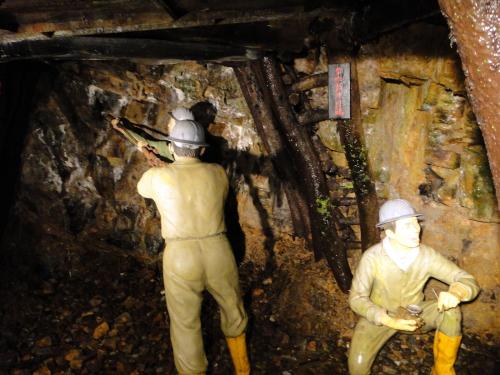 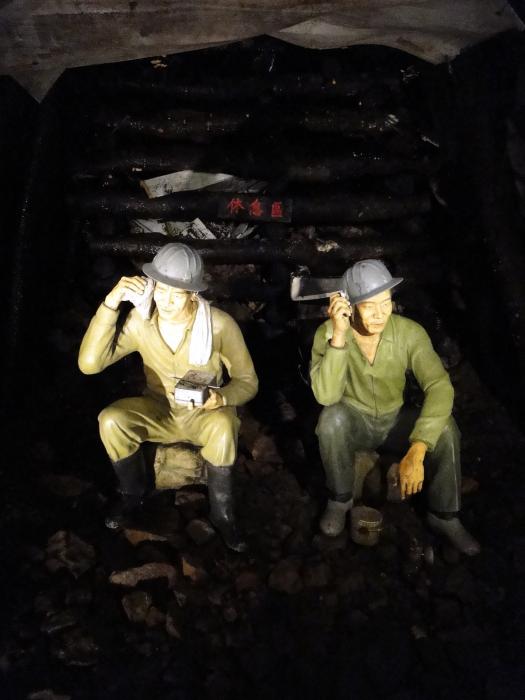 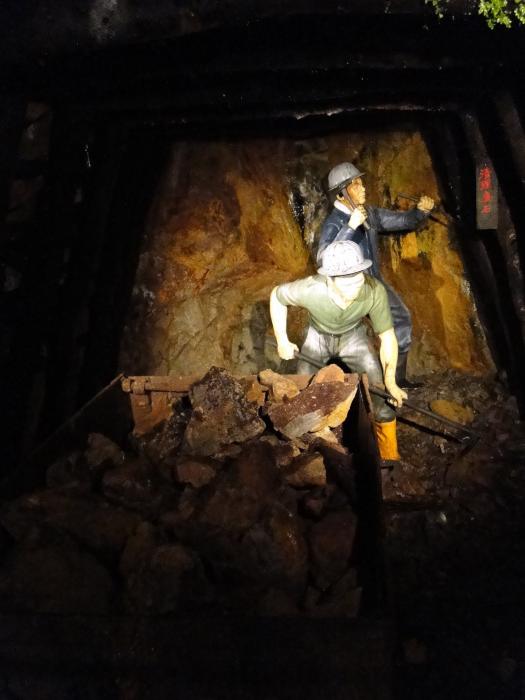 There’s more. Walking around the complex you can see some of the supporting facilities that brought food and water in and out of the tunnels, as well as how the copper and stones were carried out. 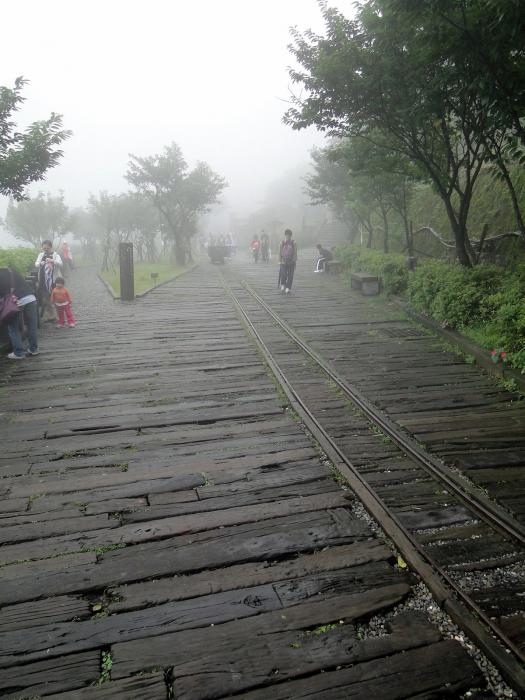 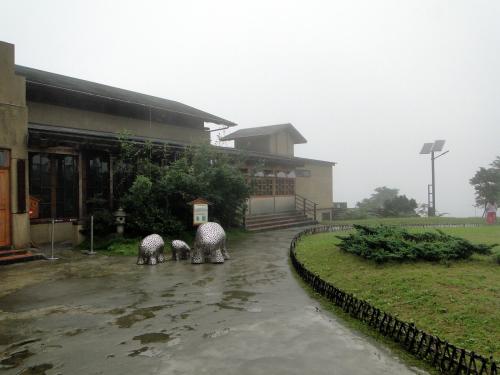 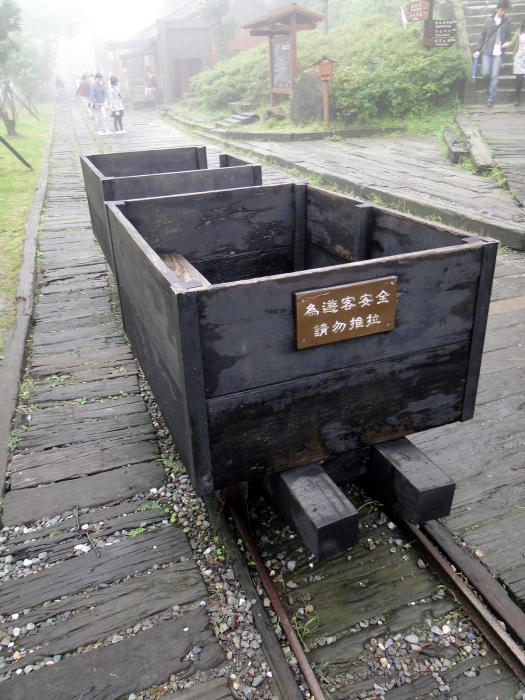 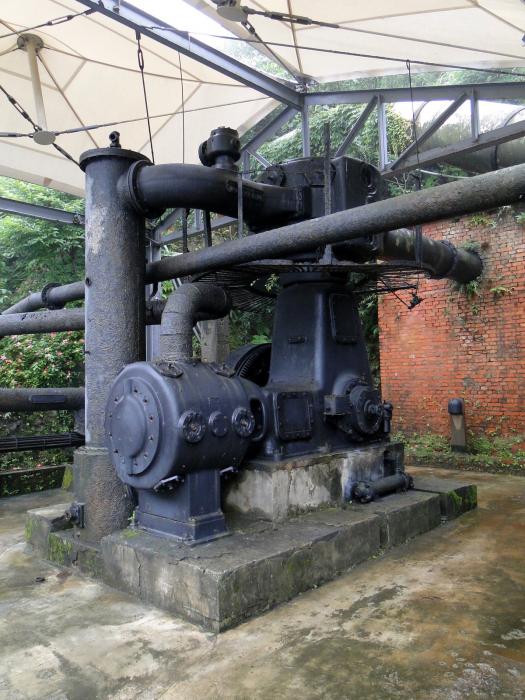 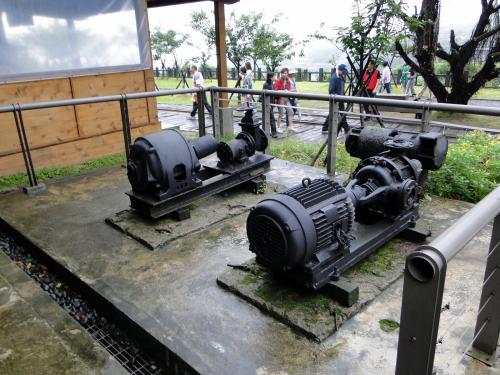 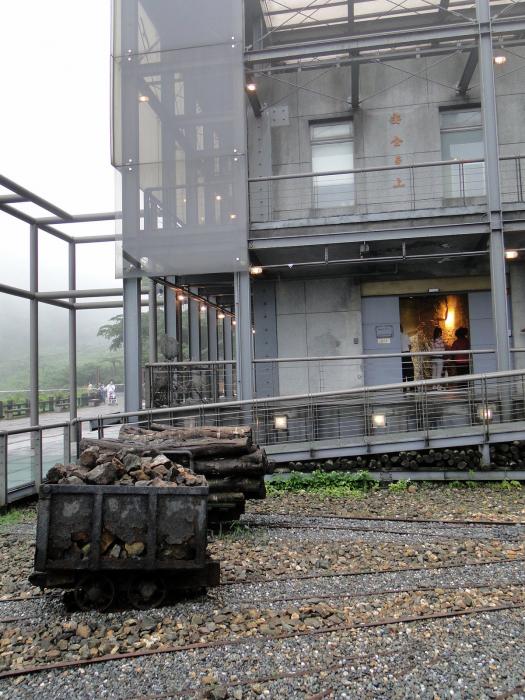 Nearby, there are also a Japanese style villa that goes by the name of “Crown Prince Chalet” featuring nice Japanese gardens and architecture. 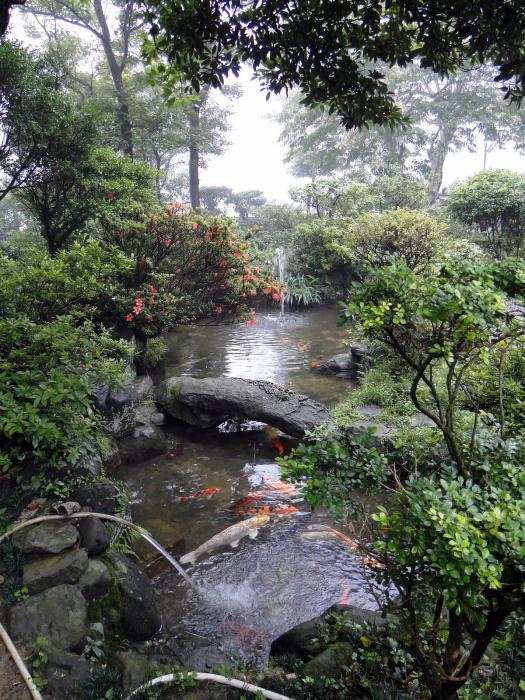 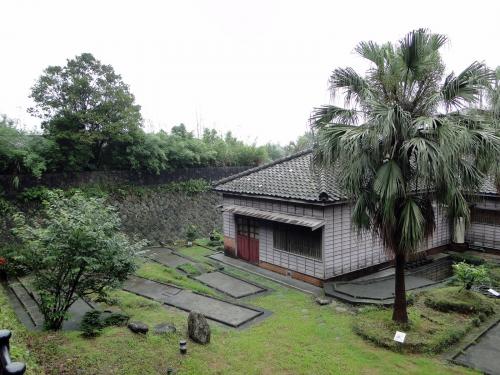 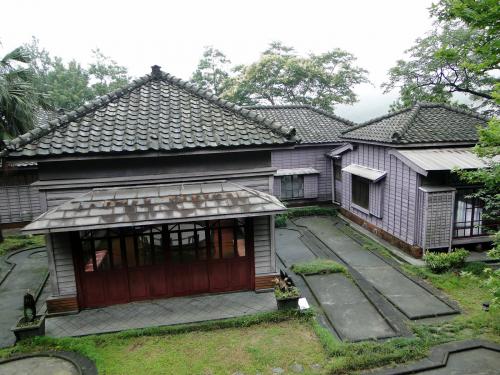 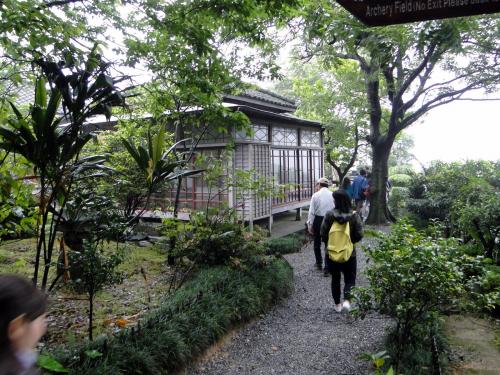 In addition, just to make sure you flex out your muscles, you can climb up the mountain to the Gold Zen Temple dating back to 1897. Supposedly, there are terrific views there, but I’ll have to come back on a clearer day for those. Also, not too far away I’ve heard there are waterfalls worth exploring. 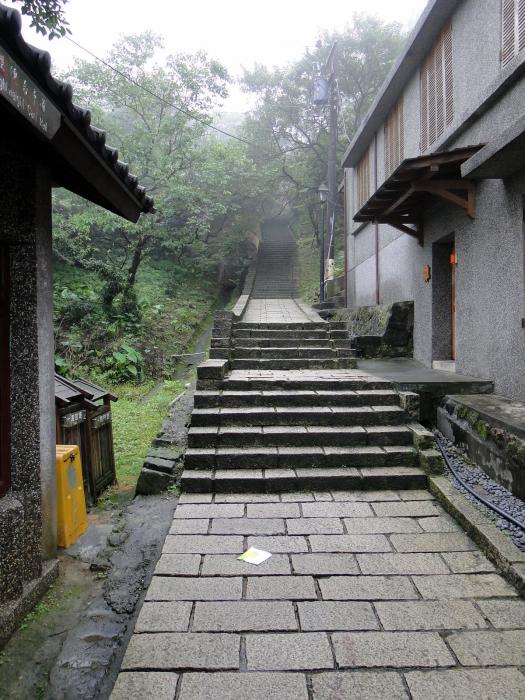 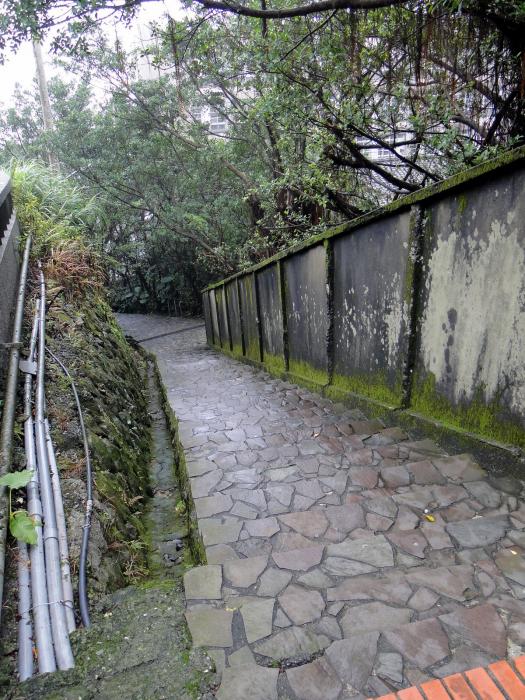 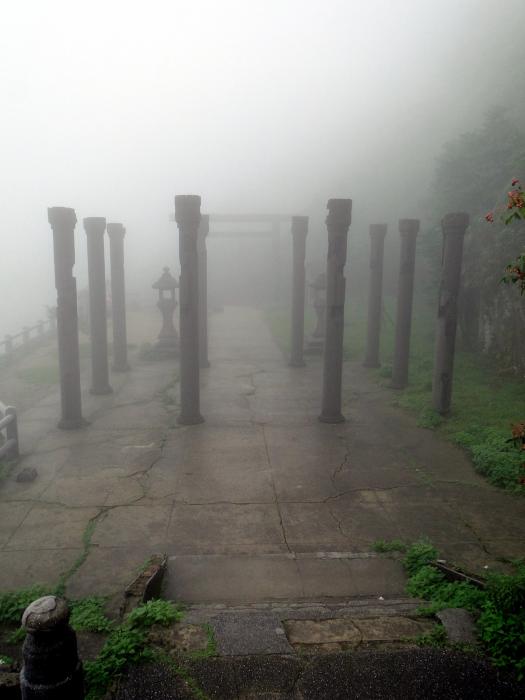 If things go well, this will soon be declared a UNESCO world heritage site (under process since 2002). 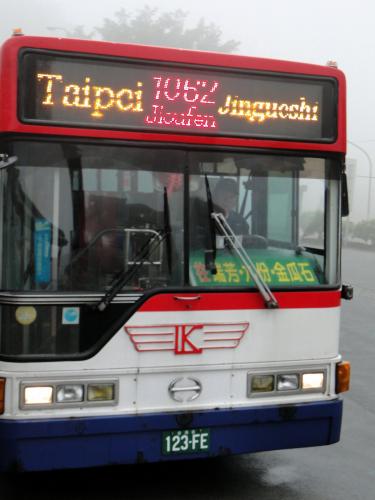 Try and combine your visit with the nearby Jioufen.

If you want to know more about Jinguashi (I’m glad the Taiwan blogs are ranking well and giving a terrific cover on this attraction) :