The Grand Bazaar, or the Covered Bazaar (Kapalıçarşı) is among the largest and oldest bazaars in the entire world and one of Istanbul’s top attractions. Overtaking the smaller nearby Spice Bazaar, the Grand Bazaar doesn’t seem to end, going on and on for a few blocks, and then continues outside to connect with the Spice Bazaar. 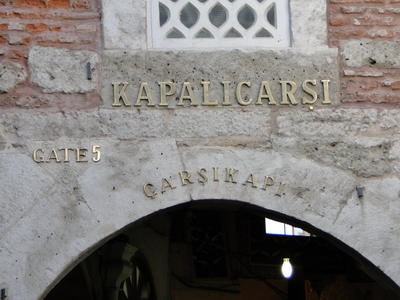 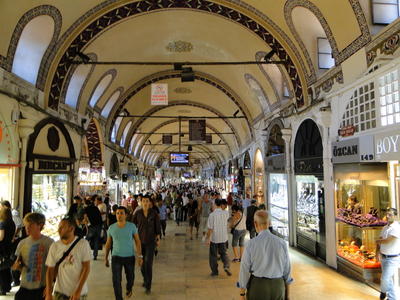 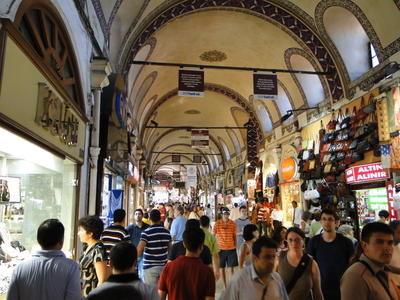 It’s nicely decorated, and has alot of space, selling just about everything you’d expect from a bazaar. 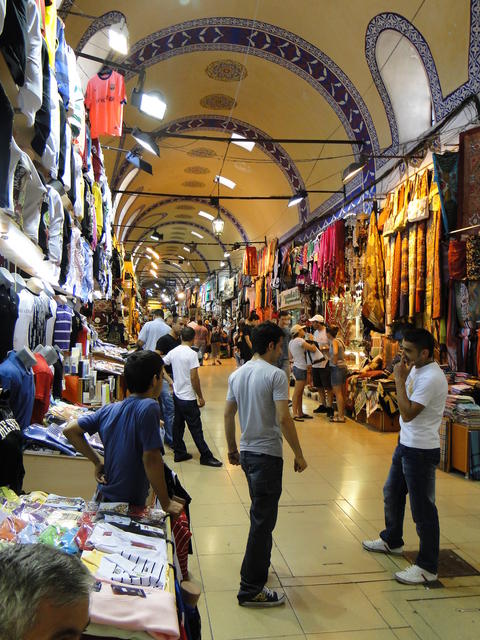 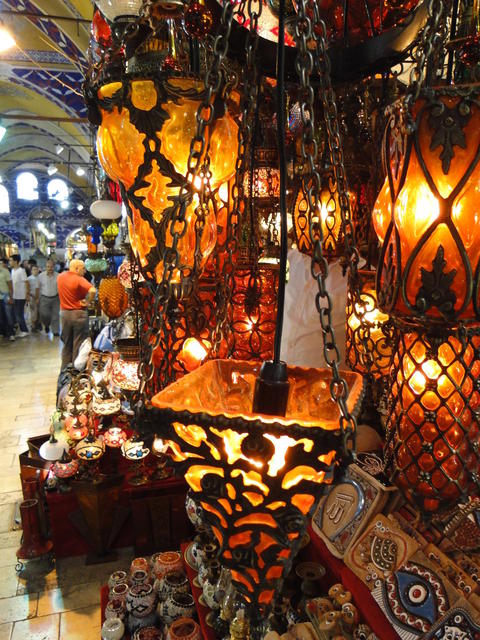 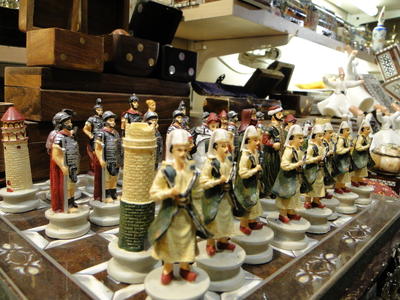 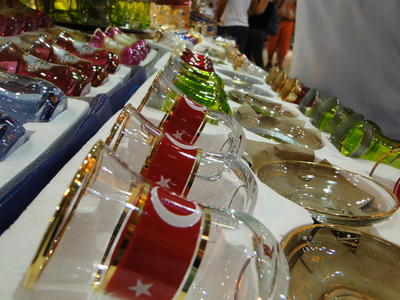 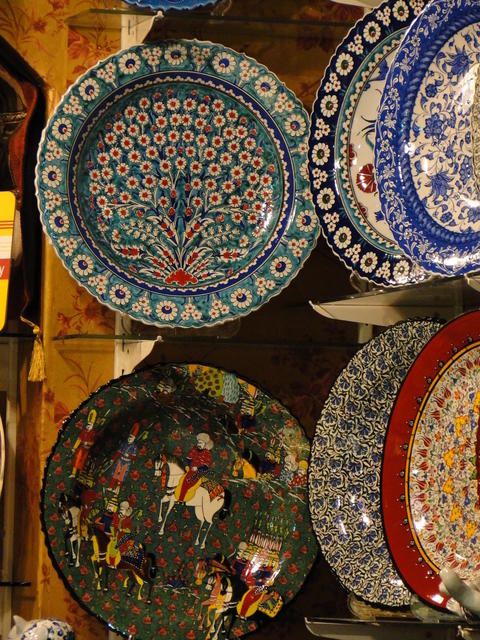 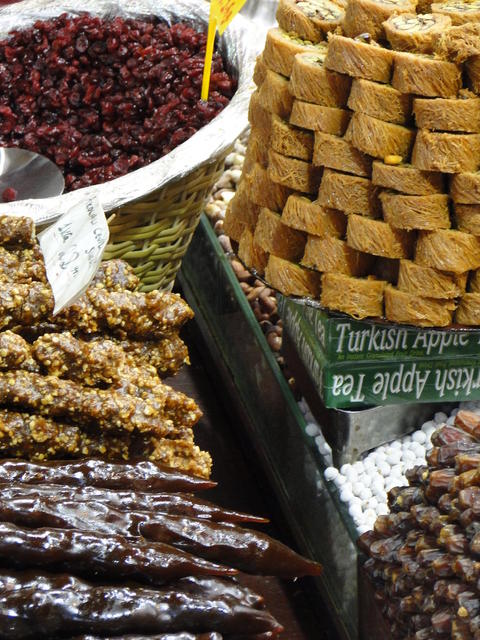 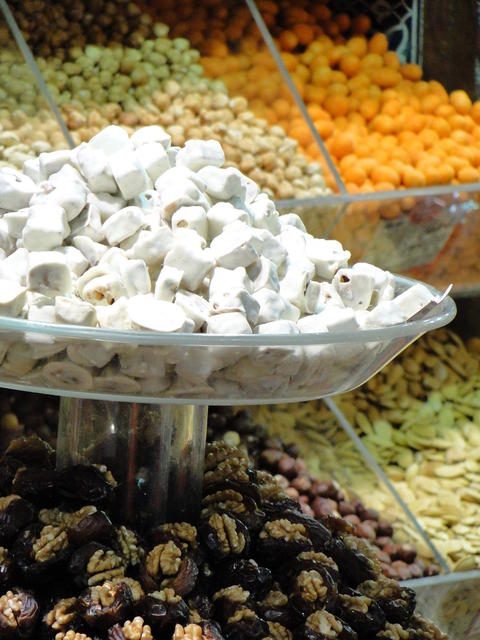 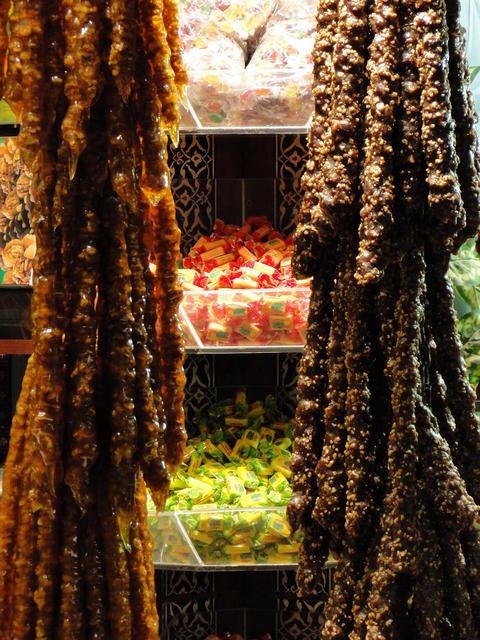 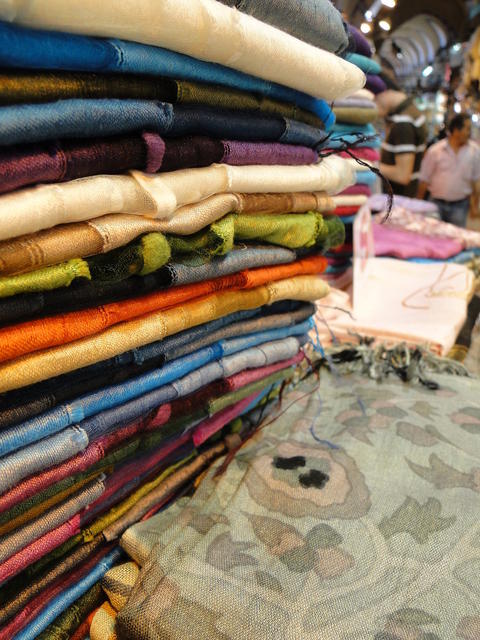 I caught some odd looking pieces which make me wonder about that whole place. Are they aware of what they’re selling and where it might have come from? This next one is a Jewish cover, written in Hebrew (“Holy is God, for the soul of daughter of Halfon…”), maybe used to cover copies of the bible stored for worship in Jewish synagogues. The star of david thing on the right I believe  is a kind of crown placed on the top… correct me if I’m wrong. Either way, I’m not sure it belongs up there. 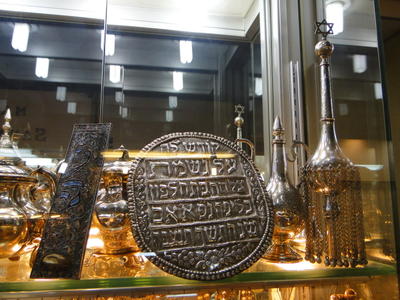 If you walk outside, and you should, there’s a huge local street market to compensate you for all that you didn’t find in doors, and for extremely cheap. 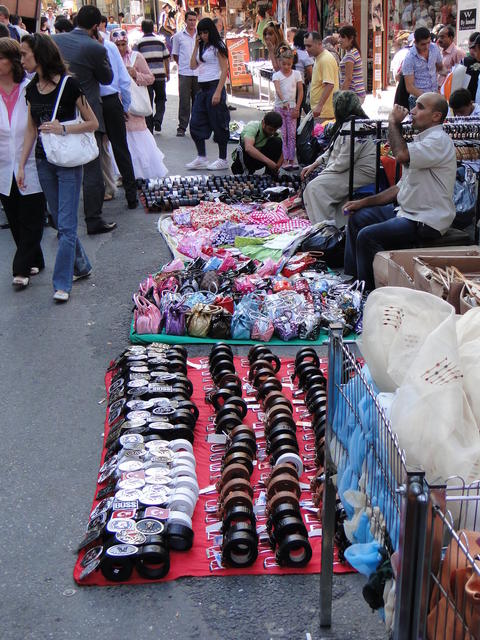 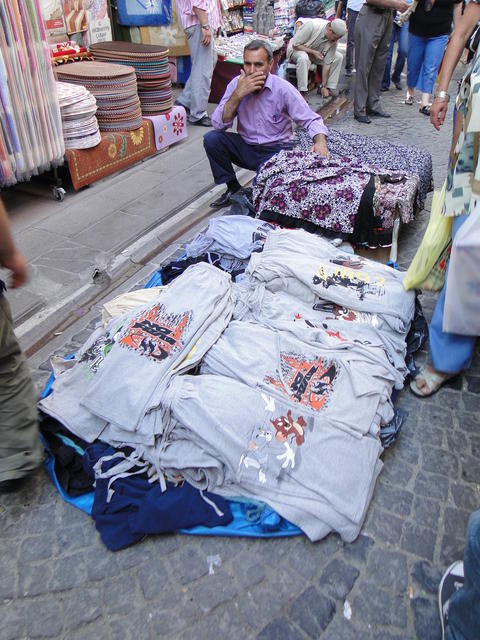 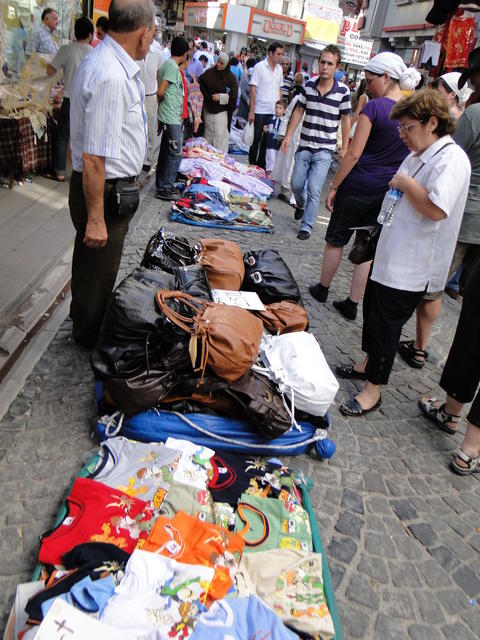 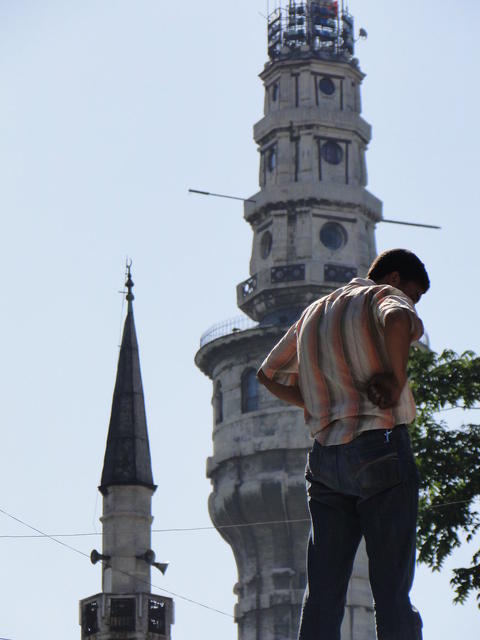 I am fascinated by all the colors…

Your post “confuses” me in the most wonderful way, “where I am now?”

This “foreign” place is becoming more and more familiar. I see myself walking around there…humm….oh well, well…:)