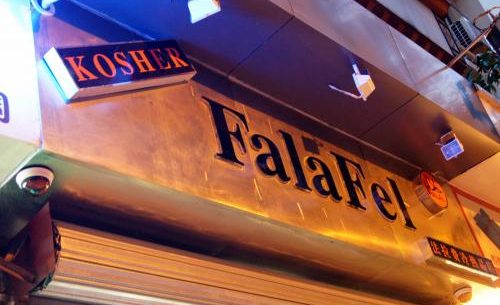 Completely by accident, just next to a Vietnamese restaurant where I had dinner with a few local friends was a little place called "Falafel" which turned out to be a 100% Israeli Kosher falafel and hummus street takeaway. How odd is that? 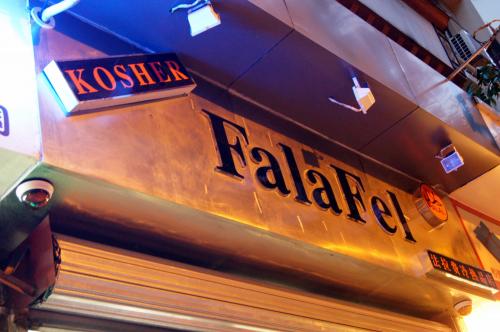 I honestly never thought I’d see one of those there. I mean, just how many people would care about food being Kosher in a place like Guangzhou that they’d go into all the trouble of making a place Kosher. Serving Falafel and Hummus is one thing, making it Halal safe for the local Muslim perhaps also understandable, but insisting on a Kosher kitchen – that’s a completely different story. And it even came with Hebrew/Arabic signs everywhere. Completely surreal. 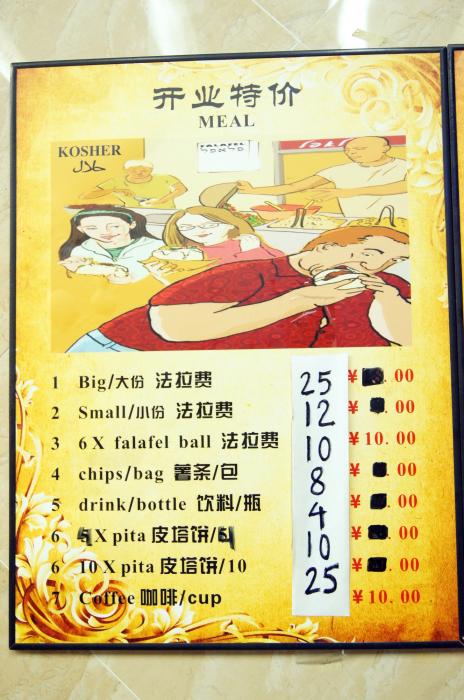 And how about if I want it in a plate? 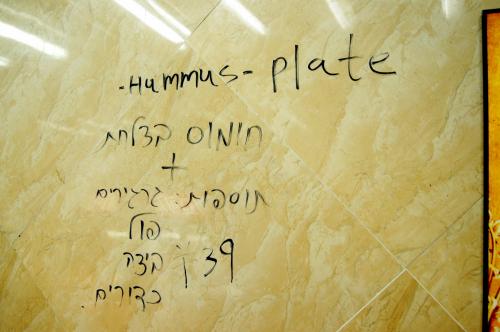 Is it really Kosher? yeah, seems like the local Chabad Rabbi is making sure it’s following the Kosher rules… 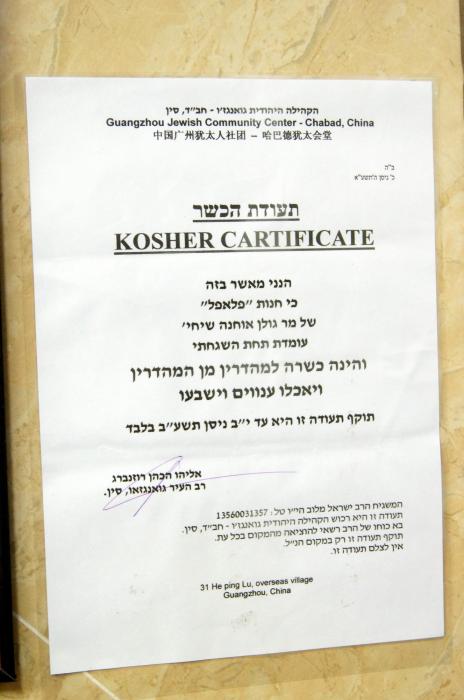 Naturally, if it is to be Kosher, it can not be open on Saturday (even if served by gentiles, apparently, perhaps it’s Mariit Ayin). 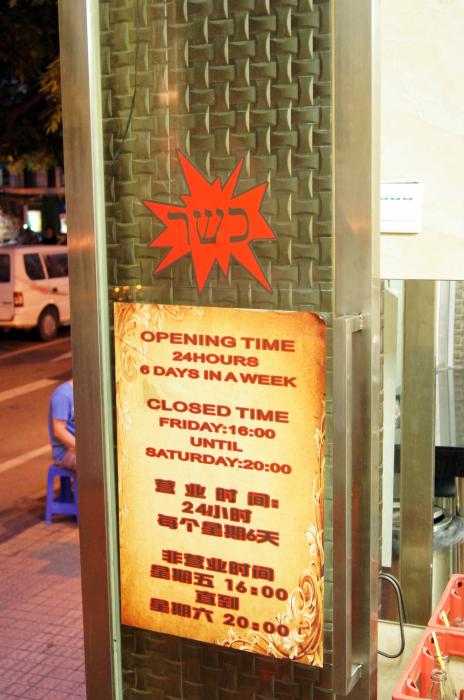 No costumers, as far as I could tell, but plenty of Kitchen staff standing there doing nothing. I wonder if this place is making a return on the investment… 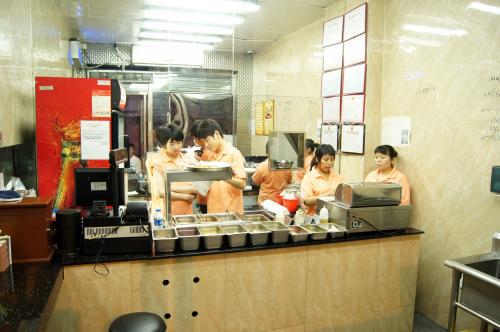 Fancy a quick look at the business card? 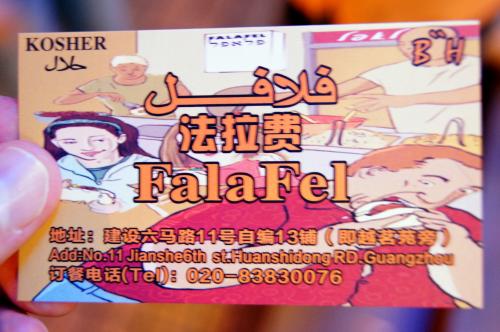 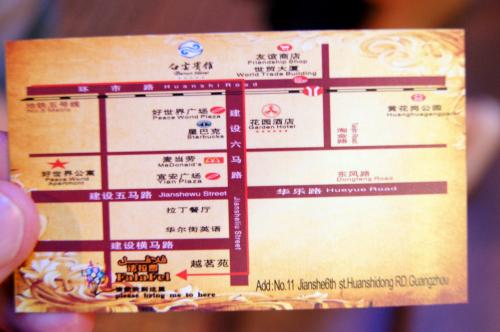 The only other mention I found of this place was on Chainwhip’s Flickr and Urbanatomy.

A few weeks before that I was taken to a great little Turkish place in Guangzhou’s Middle Eastern neighborhood serving terrific Schwarma. The only other Kosher food I know of in Guangzhou is served by the local Chabad restaurant.

First Guangzhou, then the world… 😛 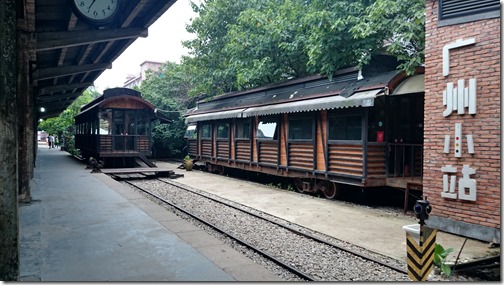 In my last few visits to Guanghzou before leaving the region I got to experience a whole new side of this vibrant metropolis.   First off, I visited Redtory, the new growing art district was once a large factory, but

Read More about The funkier side of Guanghzou : Arts and nightlife
0 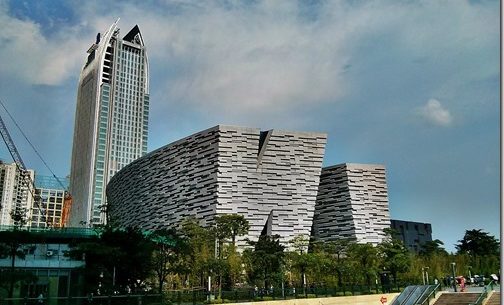 Guangzhou has seen tremendous growth in the 4 years I’ve lived in this region. In my recent visit to Guangzhou, almost 3 years after my last visit, I was surprised to see just how much Guangzhou has changed. The Asian 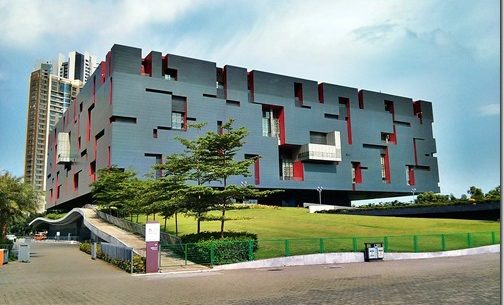 It’s been a couple of years since my last visit to Guangzhou. Honestly, I was never very impressed with the city. Though the city obviously has a lot of history, there’s very little that remains of that, and I found

Very interesting!  I wonder if it was even really kosher, or if they thought because it’s Israeli, it’s got to be kosher. 😉

Guy – very easy, next time you’re in Guangzhou, just print the business card. There are actually quite a few middle-eastern/greek restaurants in that area. Lots of foreigners living there.

Guy – and if you’re around in HK during the summer, maybe we should get some coffee sometime.

Dan – some Israelis I know would see that as a perfectly reasonable reason for divorce 😉
I’ve actually found with my Taiwanese friends that it’s an acquired taste for them… it really goes best with a decent Pita, some good quality olive oil and ofcourse – good black olives.

The falafel restaurant has closed, but the same owner has opened a bakery:
BHDOOR2DOOR.COM .  Their products are available by delivery and a selection can also be purchased from the local Chabad.

how long did the restaurant last ?

Completely mad. I have to find it!