To get away from my middle of nowhere Champaign over in the often (somewhat justly) overlooked mid-west, I made my way over to the Illinois capital city of Springfield, marketed as the ‘city of Lincoln’ and the capital city of the ‘Lincoln state’. There are a few interesting attractions in the city surrounding the (peculiar) life of Lincoln, but there are a few things that aim to go a bit beyond that. For one, this is the capital city, which means it has a capitol building. Don’t expect much, it’s rather small compared to the bigger more well-known states (like Texas, Pennsylvania, or Washington DC), but it’s still a nice place for a quick visit to learn about the state of Illinois before heading off to visit the Lincoln family. 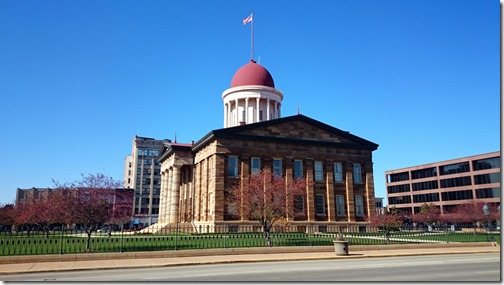 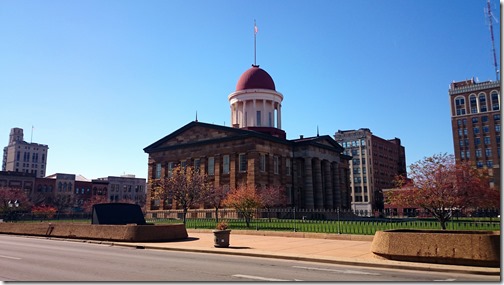 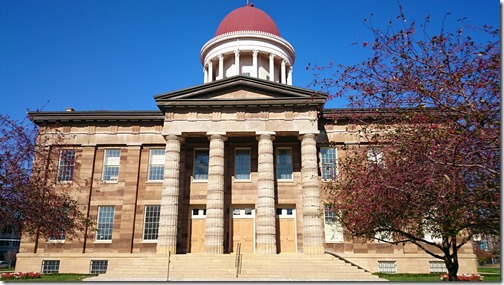 The new capitol isn’t all that interesting, but the old capitol building is interesting, with offered guided tours and restored rooms with original artifacts.

The Lincoln Online website introduces this as yet another Lincoln attraction:

Put this historic Greek Revival building on your "must" list when visiting Springfield. Located on the old town square, it was associated with Lincoln as early as 1837, when the cornerstone was laid. Lincoln’s close friend Edward Baker served as the dedicatory speaker. As a legislator, Lincoln had been instrumental in moving the state capital of Illinois from Vandalia to Springfield earlier that year. The capitol building, designed by architect John Rague, was the third to appear on the square, displacing two previous courthouses.

The city outgrew the building while Lincoln was President, and work on a new statehouse began soon after his death. The present building was dismantled in 1966 and rebuilt, which allowed the inclusion of an underground public parking lot and space for offices. The original stone exterior was stored and rebuilt, but the interior was completely reconstructed.

Lincoln spent much time in the building, where he tried cases before the Illinois Supreme Court, borrowed books from the state library, and swapped stories with other lawyers and politicians. He delivered his famous "House Divided" speech in Representatives Hall in 1858 ("I believe this government cannot endure, permanently half slave and half free.") when he began his campaign for the U.S. Senate.

Lincoln lost that race to Stephen A. Douglas, but was nominated for President two years later. As a Presidential candidate, he was a celebrity, and huge crowds of well-wishers and office-seekers poured into town. Lincoln received them in the second-floor Governor’s reception room because his law office was too small.

After Lincoln’s inauguration in 1861, Stephen Douglas urged a cheering, nonpartisan crowd in Representatives Hall to put aside political differences to save the Union. Four years later, Lincoln’s body lay in the same room, as a crowd of 75,000 mourners filed past to pay their last respects. Across the street, a banner over Lincoln’s law office read, "He lives in the hearts of his people." 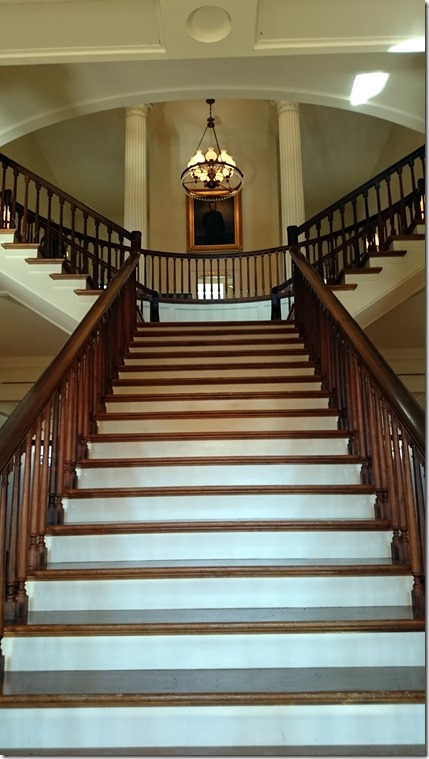 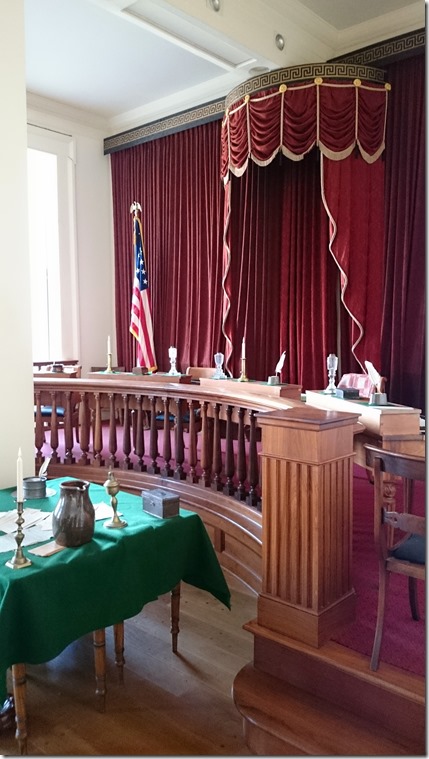 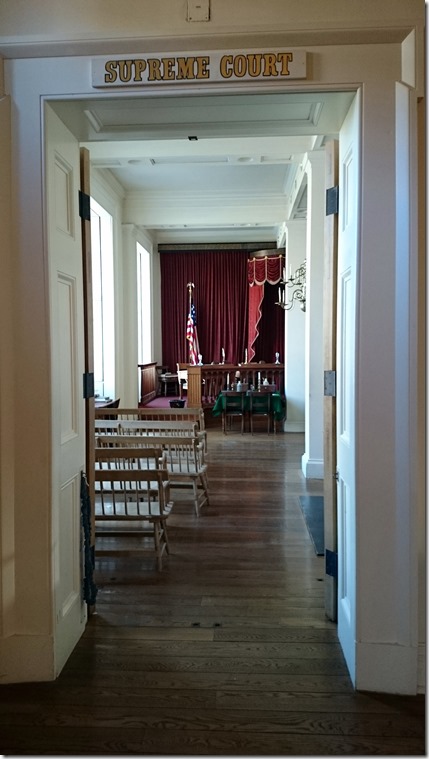 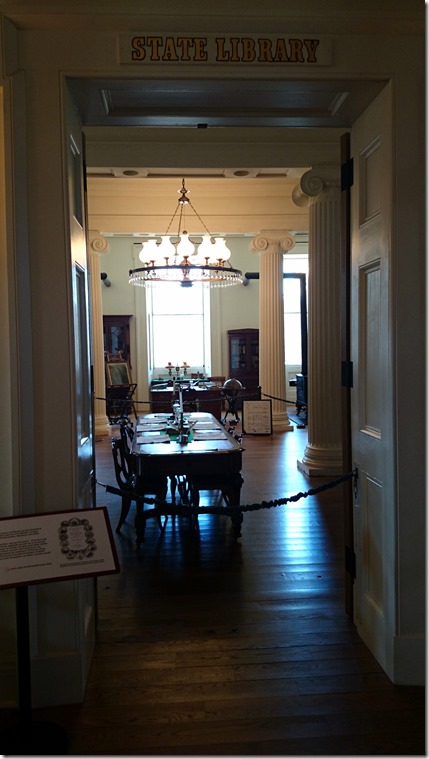 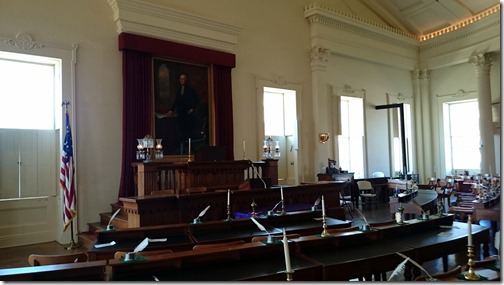 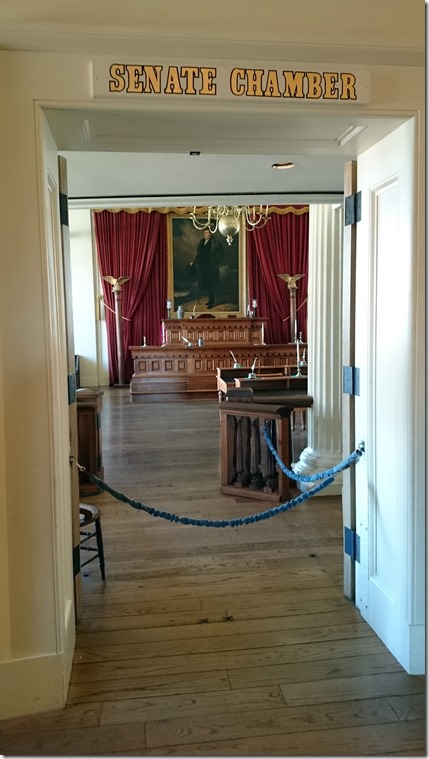 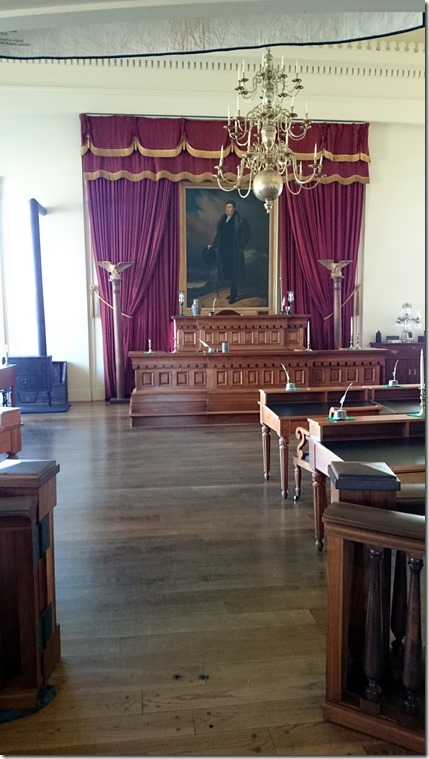 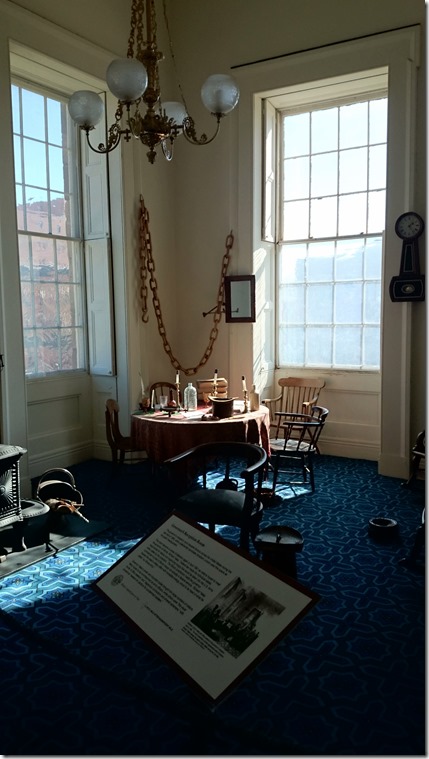 Make this part of the Springfield day, join a guided tour if you have the time, these folks have all sorts of fascinating stories to share with you (yes, also about Lincoln). More on Springfield and Lincoln soon to follow…