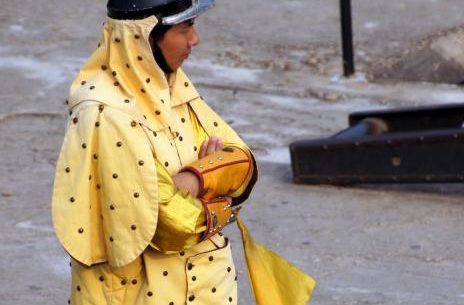 Being the lovely and prosperous coastal Chinese town that it is, Xiamen naturally has some strategic significance and that obviously lends to some interesting history. There’s not much available in English on Xiamen’s role in many of the conflicts China went through in the 19th and 20th century, but it is clear that it was a point where the western aggressors and Protestant missionaries occasionally made their way into China. Gulangyu is a reminder of the  colonial powers presence in this area. 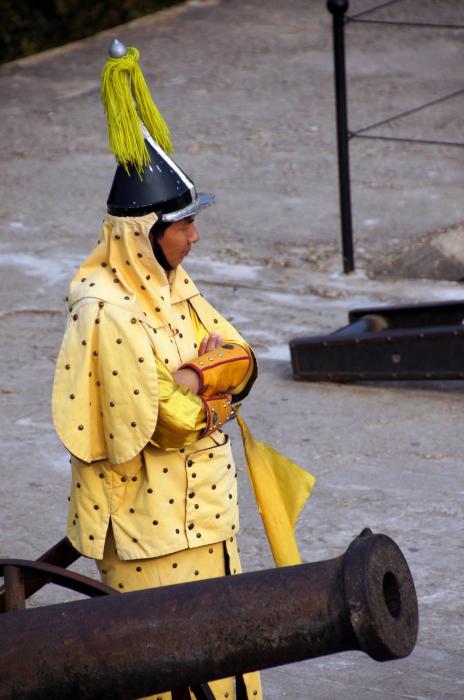 Which would explain why this city needs to be protected, and why it would have fortresses, batteries, and cannons. Built in 1894, the Hulishan fortress was built by the weakening Chinese emperor to help defend Xiamen from  the frequent naval attacks. Through time, it unsuccessfully attempted to defend from the Communists in the civil war, the Japanese in the second world war and was then later used for keeping back the Nationalists turned Taiwanese based in their Jinmen islands – which you can see at the horizon not too far away.

Today, ofcourse, it’s a national tourist site, where you can go around and take photos with huge old German cannons and hear about the poor sad history and the glory of current China.

As you approach from Xiamen university down toward the fortress, you come across a lovely little stretch of beach… 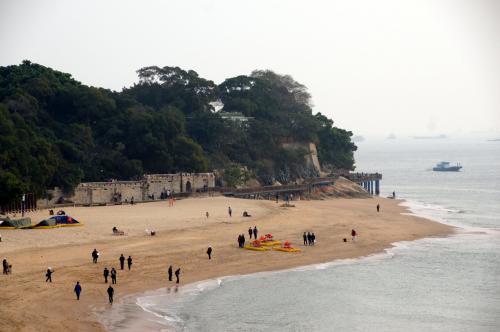 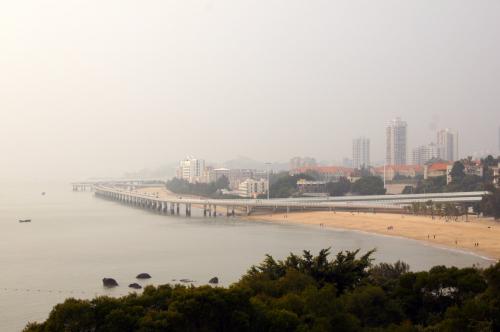 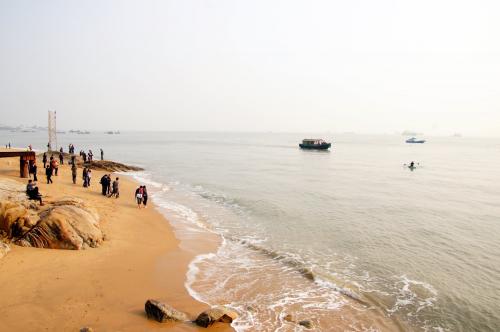 Which hosts some interesting local activities. 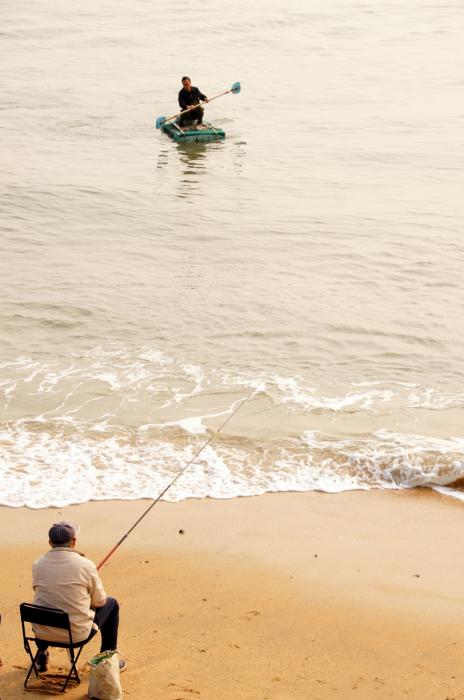 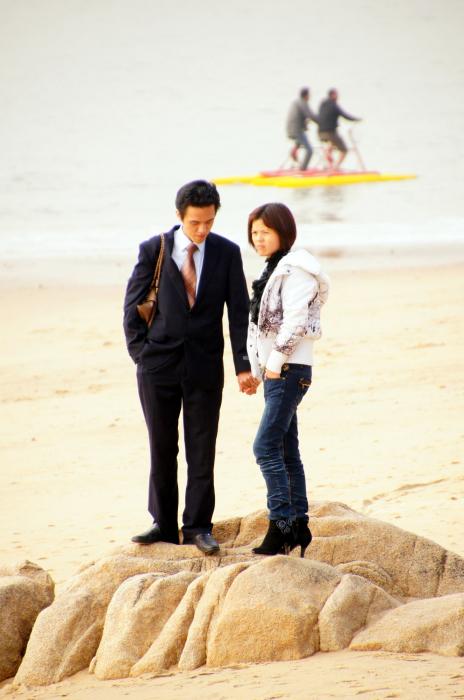 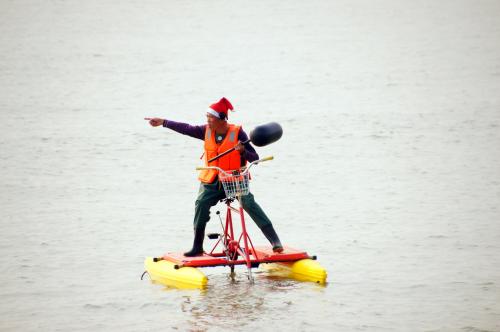 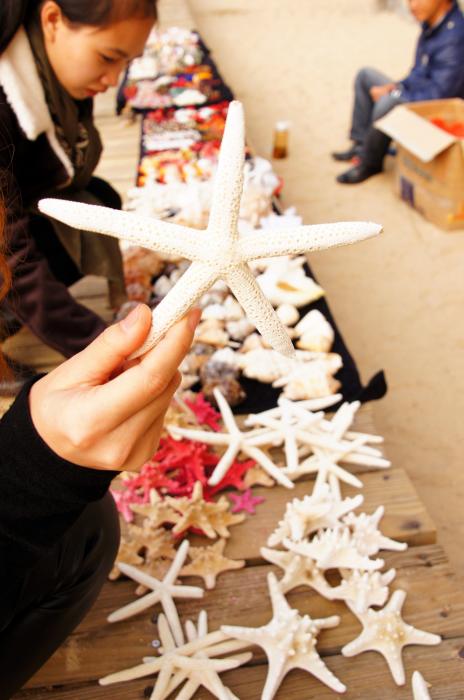 The fortress is by itself, how should I put it, a bit dull, especially for non-native Chinese. But, it definitely offers some great views of the Xiamen coastline and an interesting peek into Chinese tourist group mentality. 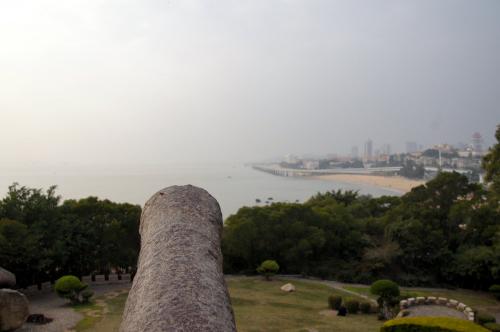 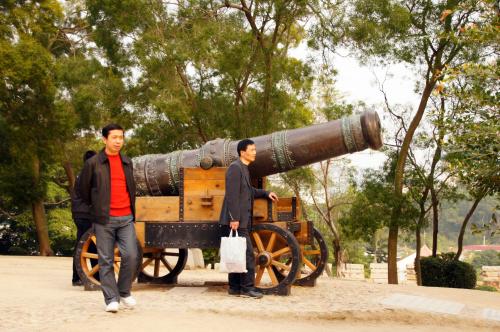 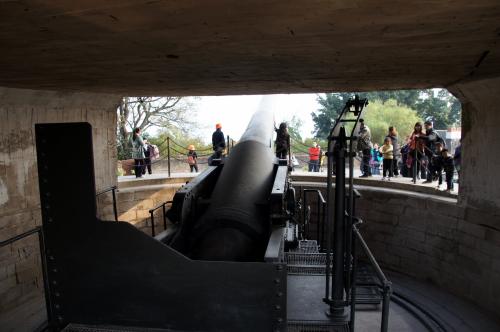 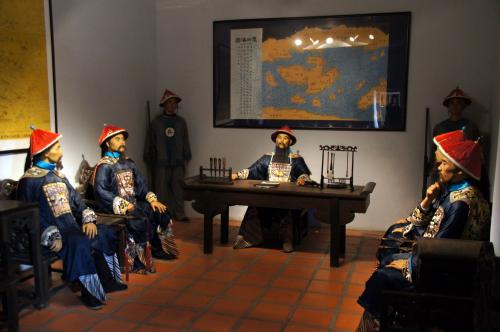 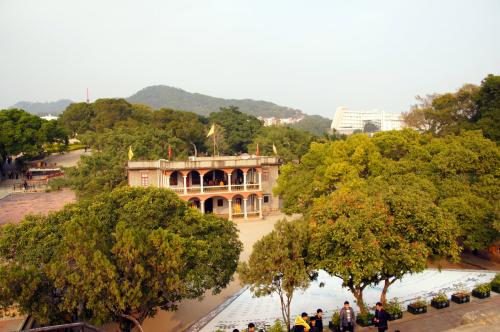 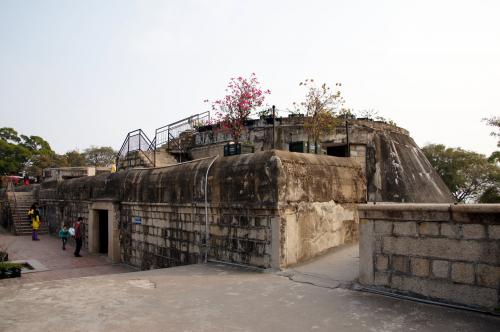 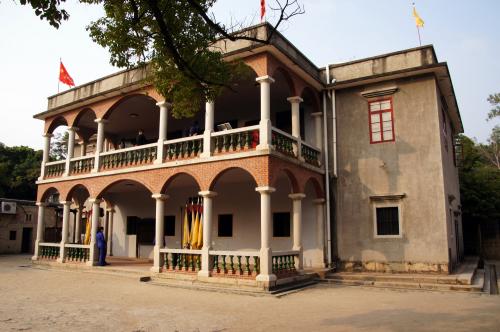 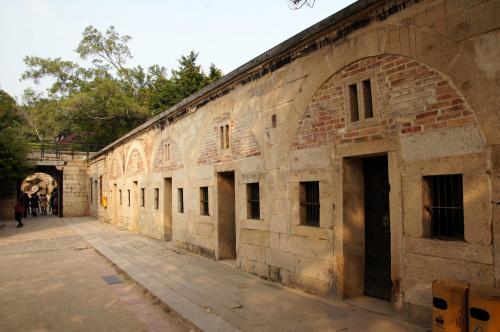 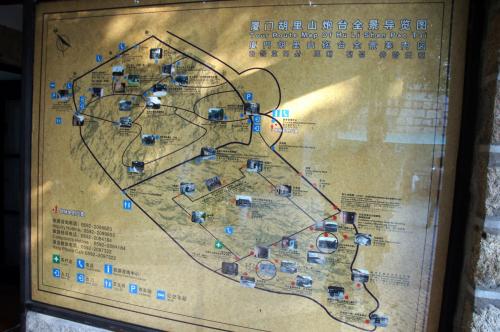 Another small attraction in Xiamen, maybe worth an hour or two, if you can spare the time. 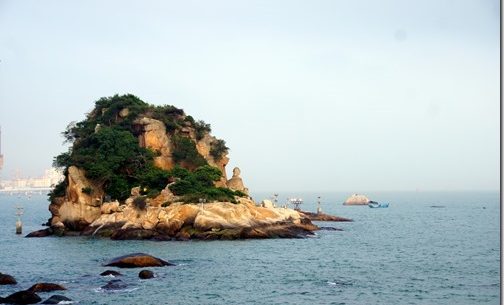 Though I’ve been to Xiamen before and toured around the charming Gulang Island, my recent trip to see the Taiwanese Kinmen islands  – just a ferry ride from Xiamen – gave me an opportunity for a brief revisit. Though it’s 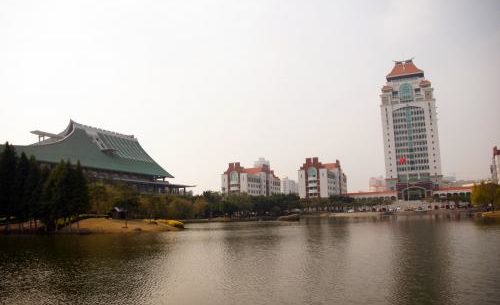 Xiamen was a very pleasant surprise. It’s not too crowded, quite tourist friendly, very well developed, and has a special charm which combines the scenic beauty of a coastal city with lots of colonial and regional history.   To summarize 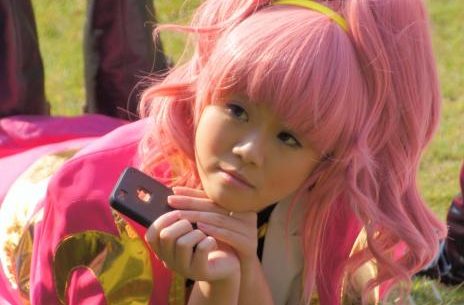 Gulang Island is gorgeous. I think it’s one of the nicest places I’ve visited in mainland. To summarize the Gulang island and Xiamen experience, following are photos I took around the island …   Previous posts on Gulang Yu :