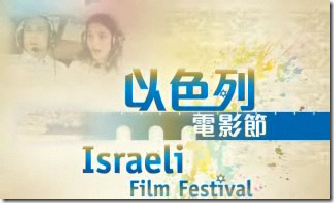 Subtle yet decisive, Israeli films are gaining recognition in the international festival circuit, garnering awards at major festivals and becoming regular finalists in the Oscar’s race for Best Foreign Language Film, including the much lauded Waltz With Bashir (2008), Ajami (2009) and Venice Film Festival Golden Lion winner Lebanon (2009). Besides the usual politically oriented theme which many festival audience have grown accustomed to, the selection for this year’s Israeli Film Festival aims to take us one step further into the heart of this emerging film powerhouse with a diverse programme of drama, comedy, thriller, documentary and an action flick which by every mean comparable with its Hollywood counterpart.

Five Hours from Paris touches on that universal feeling of “wanting to be somewhere else”; the friendship depicted in Out of Sight surely strikes the chord of every heart; Eli and Ben shows us that a 12-year-old boy can tell what is right from wrong better than the adults; The Assassin Next Door, starring new Bond femme fatale Olga Kurylenko, shows female friendship of a different kind with flying bullets and explosive actions; the opening film The Debt is an espionage thriller that has recently received an acclaimed English language makeover by Shakespeare in Love (1998) director John Madden; and the documentaries reveal to us a side of Israel which we rarely see.

These films are a reflection of the multicultural and dynamic nation with its rich and diverse cultural heritage.

Out of the whole collection ,these are the movies I saw… 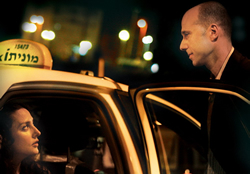 Forty-something taxi driver Yigal seems to have little going for his life, divorced but frequently visits his ex-wife and her new husband to take care of his son. He wants to go to Paris but is petrified by taking the five-hour flight. Yigal’s life starts to take a turn when he meets his son’s choir teacher, Lina. These two loners develop mutual affection for each other; but there is one problem: Lina is married and she is waiting for her husband to take her to Canada. A bittersweet comedy about taking the plunges in life, no matter how big and small aspirations we have. 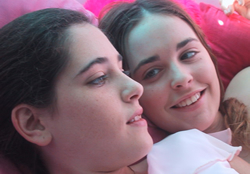 Sight-impaired PhD student Ya’ara returns home from Princeton for her best friend/cousin Talia’s funeral, who has committed suicide a week before. As Ya’ara browses through her memories of growing up with Talia, she also starts to unravel the secret about Talia’s painful past that she has kept away from Ya’ara and her own family for a noble reason, and the real cause of her premature death. A decade-long secret that points to the darkest abyss of human nature that will rock these two suburban families to their foundations; and the sacrifice, friendship and courage which prevails.

Maya, to Touch the Soul 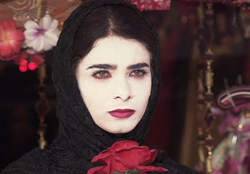 Like many aspiring actresses, Maya waits tables at daytime while occasionally pulls dramatic acts on her customers. She soon captures the attention of Hagai, a playwright who decides to cast her for his new play. As Maya probes deeper in her role, she has also become more romantically involved with Hagai. But it is also through Maya’s preparation for her part that she discovers the unknown side of herself. Despite initial doubts from the company, Maya pulls out all stops for a performance that proves to be a knockout for everyone in the audience, except Hagai

I recommend the first two, especially “Out of Sight” which I think is brilliant. Was a really interesting experience watching these movies with the local crowds and listening to their laughter and sighs…

Next time it’s in town, make sure you check it out.

nice, i seems that there were too few movies. am i right?
did the hong-kong watcher like these movies?