An event like the Hong Kong International Art Fair 2009 is one of the great things about living in Hong Kong. I really enjoy the fact that I’m now living in a much more international and fashionable city with endless world-class events happening around the year.

This event definitely had alot to get you to think and it was fascinating seeing how visitors reacted to and interacted with some of the exhibits. This huge naked guy at the entrance to the exhibition is a nice example of challenging people and trying to provoke some sort of reactions. 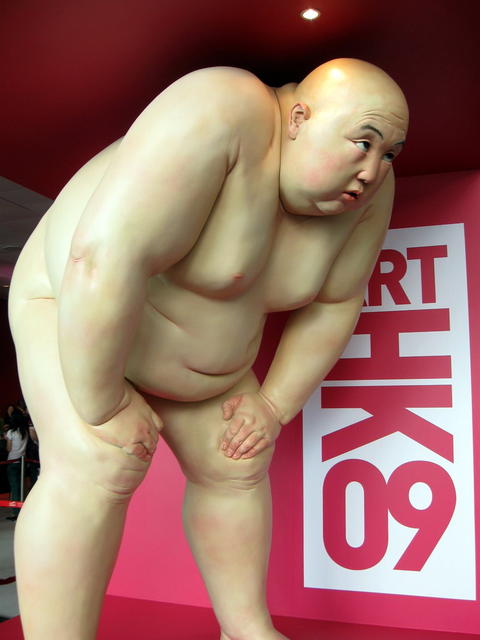 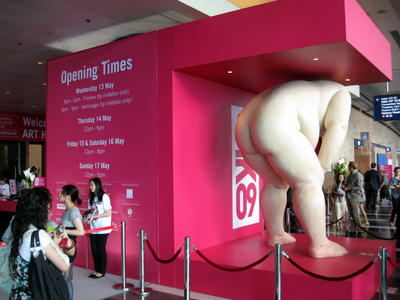 Some were intrigued, some were repulsed, some thought it was hilarious, but I believe almost everyone ended up staring at the thing for atleast a few seconds and it’s just a wonderful feeling seeing everybody that’s going in standing there staring at the huge fat guy’s ass.

To continue the series of fat naked guys… 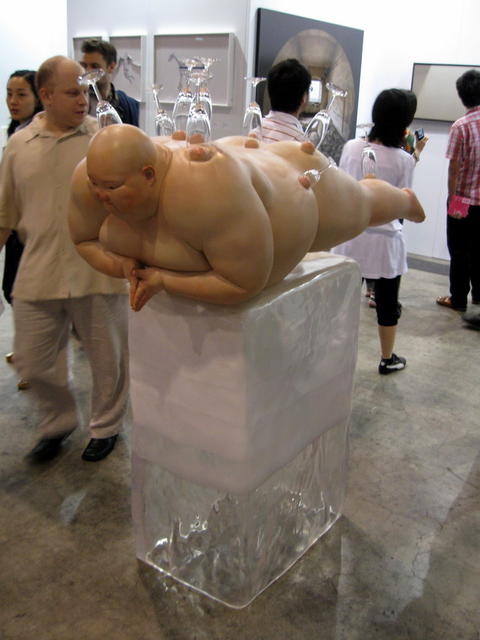 This next one was really neat and got alot of attention, especially from girls and little kids who could stare at the thing for hours, taking photos, showing their friends and family, looking at it from all angles. 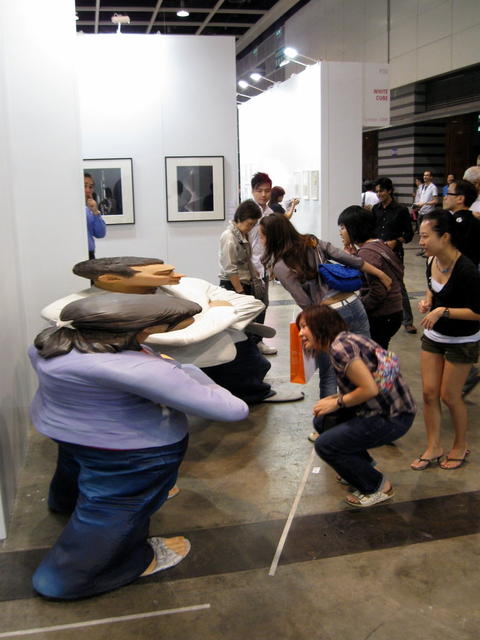 There was also alot of art that showed protest, in different forms. Here are some of the ones I thought were interesting. Most of those art works have a long history behind them and are quite famous (/expensive). 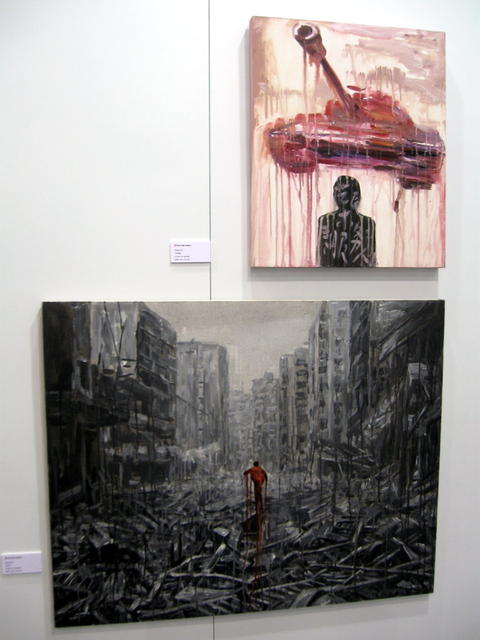 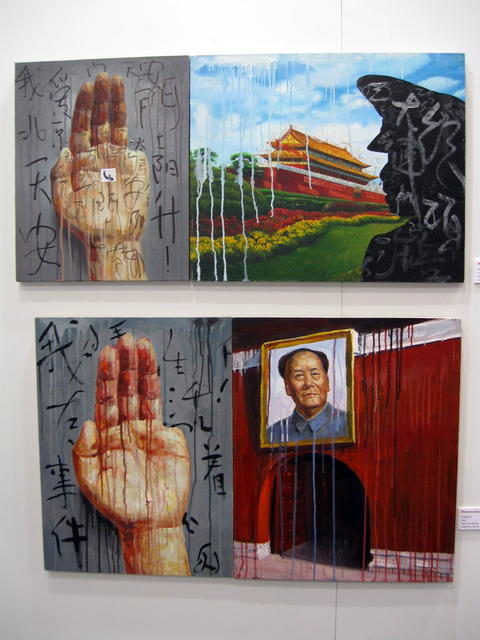 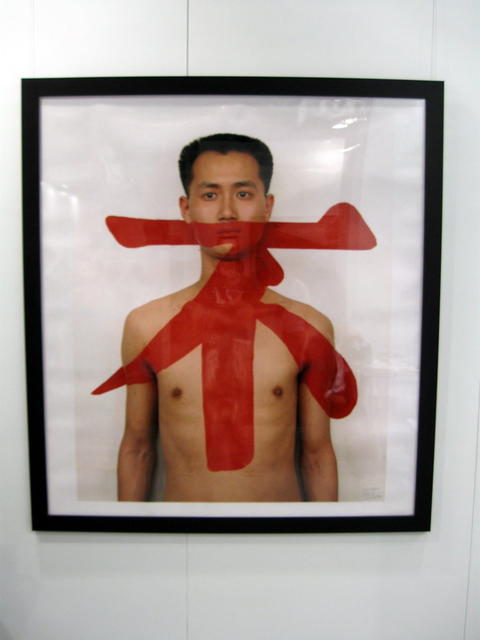 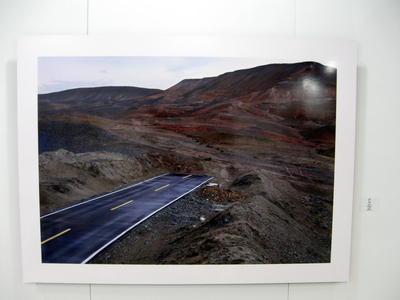 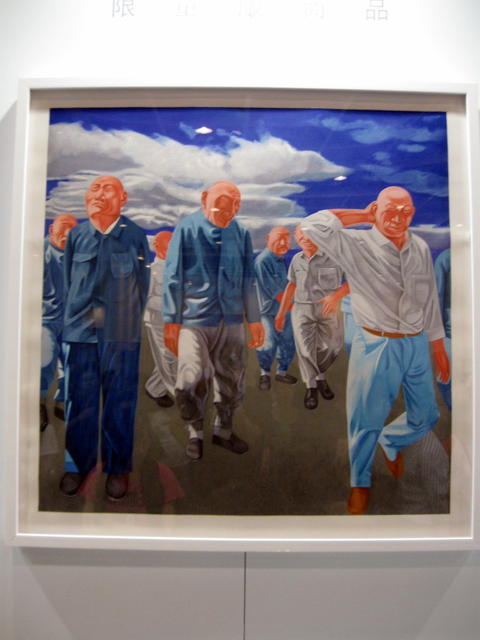 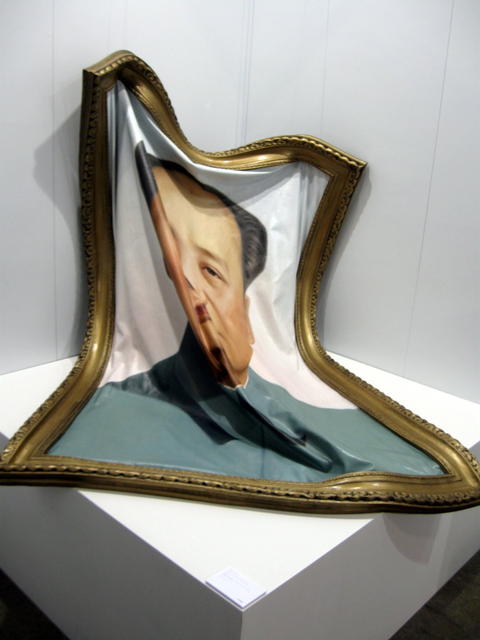 There were other things that were relatively simple, but I really enjoyed. Following are some quick samples. Lots more at the Hong Kong International Art Fair 2009 gallery. 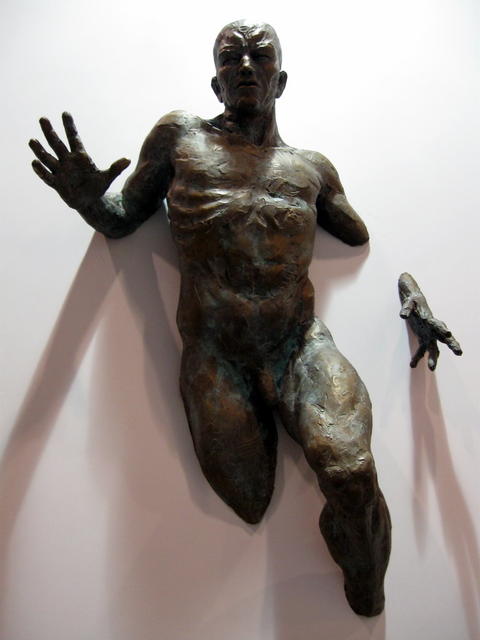 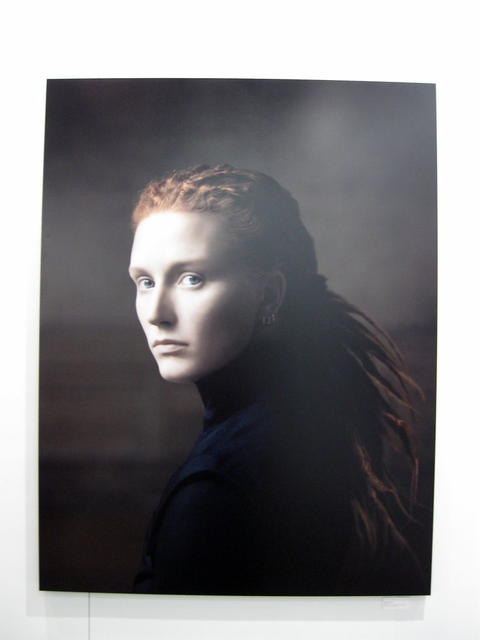 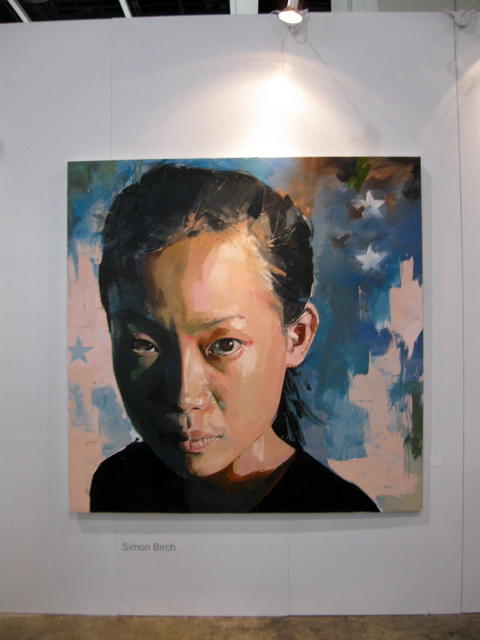 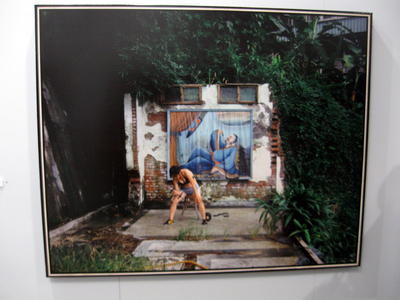 Although this was an exhibition galleries were mainly there to sell, and when you have art works going by the hundreds of thousands or millions of HK dollars you tend to wonder who among the crowd can afford those. Interestingly enough, there were quite a few very wealthy mainland and HK couples going around from one gallery to another and buying art. The outgoing Chinese here, for example, whom I saw was very active in quite a few galleries I visited, liked to hold out his exploding wallet and act out as if money is no issue encouraging his wife to pick out more items. At first look he seemed quite causally dressed compared to the gallery artists and middle-men, but a closer look his bling-blings and accessories (mobile, sunglasses, watch, jewelry) made his social status a bit more obvious. 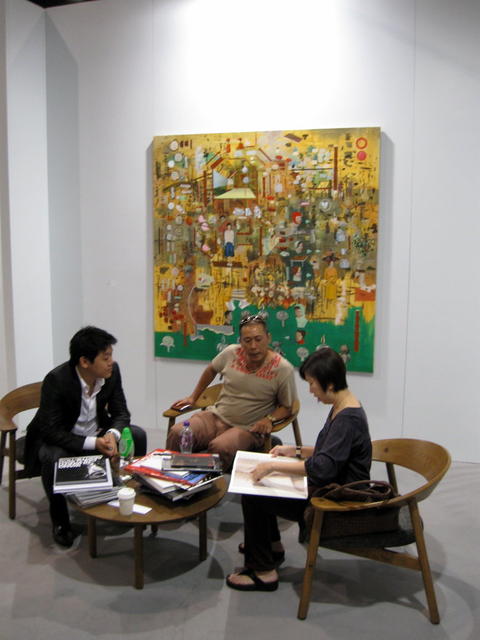 It was terrific. I can’t say that I know much about art, but I had an absolutely wonderful time.