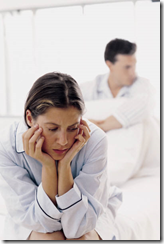 This third part is about cross cultural differences in habits and customs.

The open question was – “Does your partner have any habits or customs, from his or her own culture, which you find amusing or annoying? If so – what is it about them that makes you feel that way? “

putting bones and waste on the table during meals.  feeding the dog chocolate

when we’re eating, he often make the chopsticks stick into the bowl, in Chinese it means somebody is died,it’s very impolite

He is precise and articulate.  He is neat and organized.  He is extremely responsible and committed.  There are the typical German stereotypes and I like them a lot.  I am annoyed by the fact that he thinks drinking is more relaxing than eating.  I am a Chinese and food is sacred to me.

I have a lot of trouble with some of the Taiwanese eating habits. Ripping the head off of a shrimp and sucking on its insides at the dinner table is something that would have never been acceptable in my house when I was growing up. Loud and messy eating are things that we always considered rude. It’s not something that would ever get in the way of my feelings for him, but sometimes I do still feel a little twinge of awkwardness, especially if we’re in the company of other Americans.

In my dietetic habit that I don’t like eating dinner late,I finish dinner before 7 pm. But my boyfirend eats dinner REALLY late,we have communited this few time,I tried to adjust myself,tried to understand that he finishes work late so eat dinner late. He knows it is not good to body that eat dinner that late,somehow he just can’t change anything,because of the work.

He spreads butter with a spoon.  I think it’s cute, because that’s a very ‘Asian’ thing to do – all of my host families in Japan did that (used to live in Japan…….) and it was something I wasn’t expecting him to do as he’s so Westernised.

He tends to waste food every now and then (for instance, throwing half a jar of baked beans because he doesn’t need it), which I can find irritating as I have always been taught as a child not to be wasteful.

I have a strict diet where everythng is healthy and low in salt. Both families are not concerned with salt intake. This annoys me as i have to make to dishes and everyone thinks i’m too concerned aabout my food and that it is unrealistic. To me, it is annoying. I would prefer it if they understood the value of good health. In general they are very healthy, but to me they could be more so. My family loves a lot of spices and the other family does not. So, every gathering means two dishes with varying ingredients. But then again, I find this quite amusing.

My partner is Jewish and do not eat pork. I grew up in a culture in which pork is part of our routine meals. It is kind of difficult to go to my friends’ houses to eat (mostly pork) and have a fun and at the same time I need to ask them to cook some non pork food.

He gets whiny sometimes ie kvetches about everything.

British humour is really annoying, but I have to learn how to pretend I enjoy it.

She watches karaoke programs on TV; it drives me nuts. Why? Because they are boring beyond belief, and there are certainly better things on TV to watch.

Obsession by singing contests on tv. – a bit annoying at times

drinking culture in western world is quite different than in taiwan. it’s quite prevalent in canada, and young adults here in canada consume more alcohol than those in taiwan. I’m not against drinking culture, although drinking responsibily should be a priority we all need to face.

Many things that she thinks are "common sense" I think are superstitious or at least unscientific. For example, during her menstual period she has painful cramps and often becomes an upleasant person to be around. If she takes ibuprofen the pain goes away and she’s more normal. But she usually won’t ibuprofen, because she says that’s not "natural," preferring Chinese medicine, which — at least in this case — has had no noticeable effect despite years of taking it. Me, I think that indicates it simply doesn’t work. But she refuses to believe this.

in many ways she is very traditional – more so than her sisters and brothers or most others – to the extent that fengshui, numerology, etc. can be a big deal.

yeah…he thinks washing hair in the middle of the night (like 3 or 4 am) causes sickness (catch a cold). this is funny :p

Annoying He takes care and respects of noone else (except parents, siblings, very close friends and me.) but he thinks he deserve to others respect. In my opinion, many people from China tends to act like this.

Surprising They [Chinese] really give a great amount of many as a gift for big life events like wedding, baby shower… etc while in Taiwan, we don’t really give that much. We give almost the same amount of money while their average income is about 1/5 of ours.

Shoes in the house

I felt rediculous when I saw him wearing shoes walking on the carpet, even by the bed, on the dining table… I know in Western country people don’t usually wear sandles in the house, but still feel shocked when seeing it live.

annoying part: spit out on the roads/streets(which I said if I see that again, I am gonna divoce him)

not socializing enough and watching too much tv at home, lack of curiosity about the world.

not take shower before sleeping

When I first time to visit him in the US,I found that he didn’t wash dishes right away after he used them,until there were a lot of dishes or spoons…etc,he started to wash them. I felt:[OMG,how dirty he it,a lot of ants and cockroach will come for this…].Few days later,I understood why he did that,the weather in California is so dry,not hunid as Taiwan is,so the problem I was worried about won’t happen there. Now I wish I could do ths same in Taiwan-wash dishes when I have time and when I want…

Yes. In his culture they pray a lot, and when they pray they ask for forgiveness. But also, they often say, "And the family (meaning them) forgives you. We forgive you." I would tell him politely, well, I’m not really sorry for anything, so why do you/your mom always say you forgive me? It’s a religious/cultural thing, and it really does make me angry because I really believe apology/forgiveness should be voluntary, not forced.