I was a bit surprised the first time I realized that Sun Yat Sen (孫中山, Sun Zhong Shan) is considered to be the founding father of the modern Chinese nation by both China, Hong Kong and Taiwan. From biographies I read about Mao and Chiang Kai Shek, I was led to believe that while Sun Yat Sen’s was pushing for the end of the warlord era and the reunification of China, he tended to have a slight tendency towards the more nationalistic direction, rather than the communist one. The Communists were (suspiciously) joined with the KMT by SYS during 1924 for the one year till the doctor died (though the official split was 1927).  His three principals’ "The People’s Livelihood/Welfar", though socialistic,  didn’t seem as extreme as the classic Communist ideology promoted by the Communist Party, as he was advocating the idea of a more nationalistic socialist republic. This idea was reinterpreted and redefined by both Chiang Kai Shek and Mao to fit their very different political directions in their dominance of China and Taiwan. I believe a similar more modern reinterpretation and redefinition of the Dr.’s alleged intent is reoccurring again in both China and Taiwan in support of much newer political agendas.

Either way, Sun Yat Sen can be found all over China, Hong Kong and Taiwan, Guangzhou included. And so, in the heart of Guangzhou lies the grand Sun Yat Sen Memorial Hall to honor the doctor. 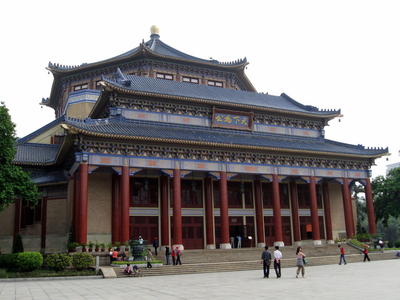 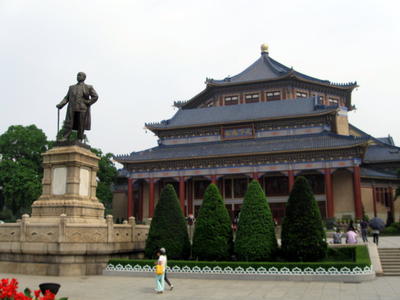 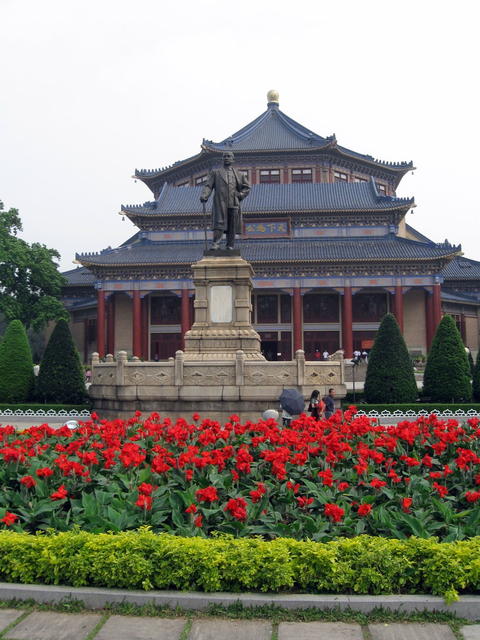 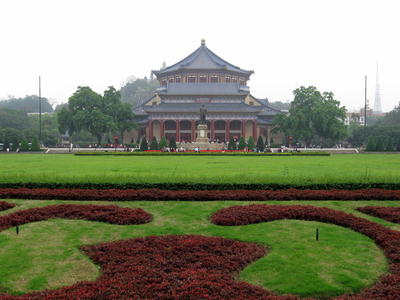 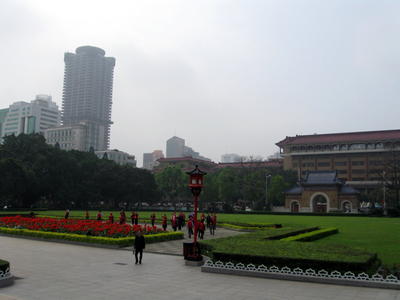 Inside is a huge meeting hall, used on a number of historical occasions. 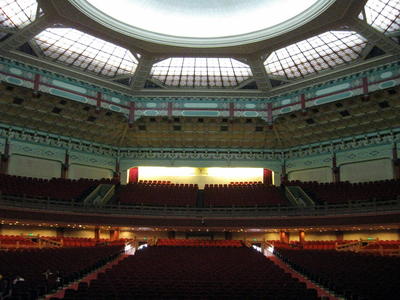 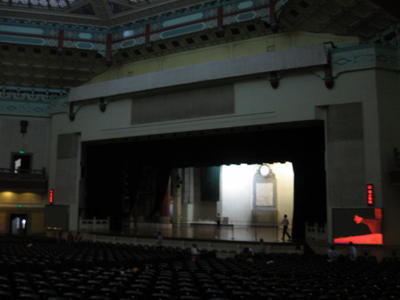 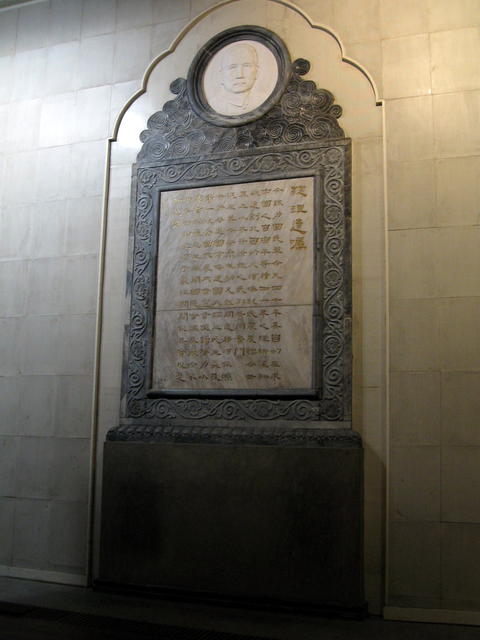 Movies in Chinese were showing some documentaries about Sun Yat Sen’s life, completely leaving out any mention of the Kuomintang (KMT), Chiang Kai Shek or the nationalists. This shouldn’t have come as much of a surprise as the more liberal Sun Yat Sen Museum in Hong Kong I visited a few months ago did a superb job of hosting a full scale museum about the Dr. without even one mention of the KMT or Chiang , something which I thought was absolutely remarkable.

The building looks a lot different than the one in Taipei, but the grounds appear to be quite similar. I find it interesting that both SYS, father of modern China, and CKS, father of modern Taiwan, were both Christian, and not Buddhist/Taoist.

Craig – yeah, it is very different and less grand that the one in Taipei.

Not being an expert in Chinese history, I believe the Christian background was often used as an effective political tool in the appeal SYS had for the west, very much like his (sometimes controversial) academic education. I share your interest in the fact that this didn’t bother the Chinese/Taiwanese as much as it perhaps would have in other places. What is even more interesting is that he spent considerable time not only in the west, but also in Japan – the eternal Chinese rival.
😛

Thank you very much for your sharing. 🙂 I still didn’t understand the point was- why didn’t they mention the history about KMT/Chiang? It’s also part of modern China history. Did it mean that even in the history museum, the people there described the history in their own way? Just like in Taipei’s C.K.S.’s memorial hall, they also mentioned very little about the Communist Party.

Yijung – In both modern China and modern Taiwan there are political agendas and some things are assumed to be better left unsaid. I believe that when it comes to museums, it’s absolutely vital that there will be more of a comprehensive in-depth objective representation of history, but – especially in China – there’s always a political aroma to things and creating “an harmonious society” takes precedence.

Thank you for pointing this situation out. It becomes a little bit clear to me now.