I’ve been around the world, I’ve seen some impressive artificial garden constructions, but nothing prepared me for what awaited me in Singapore – Gardens by the Bay. Honestly, I thought these are just going to be gardens just like any other gardens I’ve visited. But the second you come out from the metro station (MRT) you realize this place is absolutely insane. I don’t know what they were aiming for, but this looks like a scene from Jurassic Park, from some Sci-Fi scene.

We’ll start from the most visually interesting construction, the super-trees and the skyway connecting them… 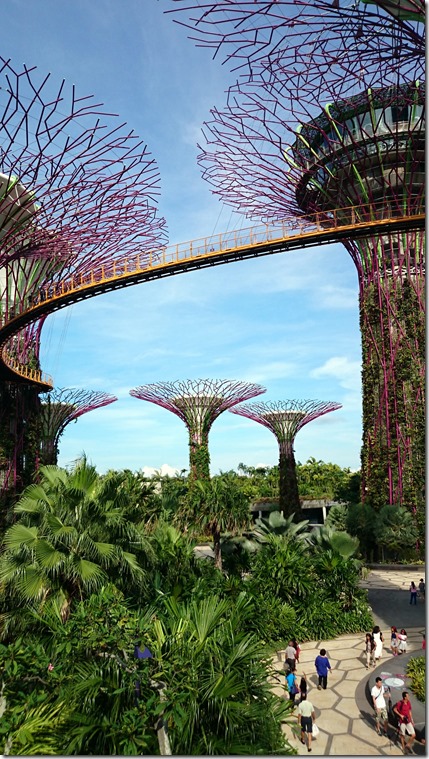 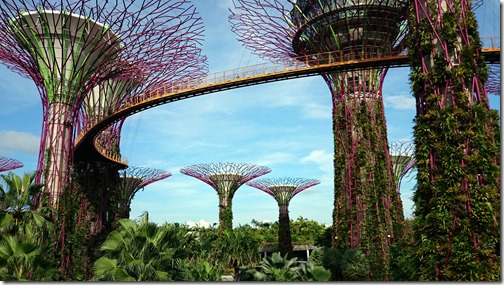 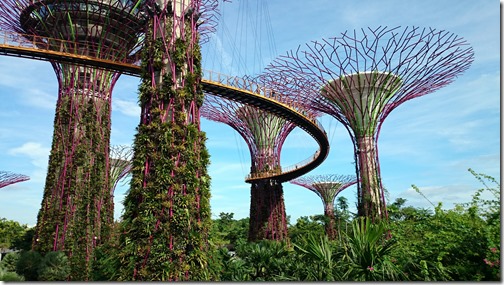 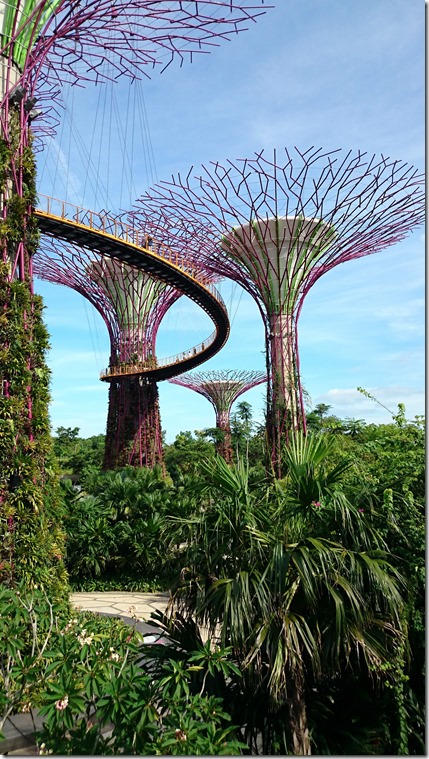 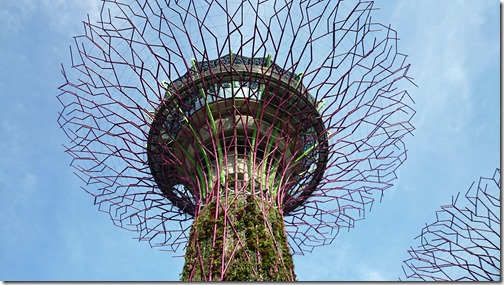 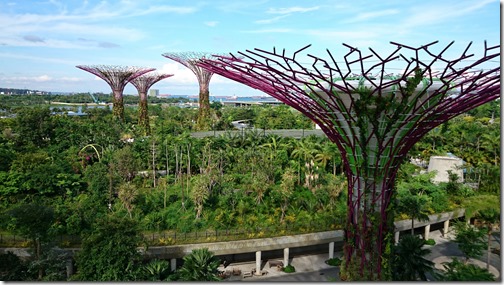 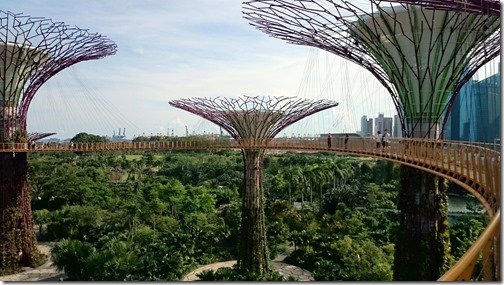 So what’s this insanity about?

Gardens by the Bay is an integral part of a strategy by the Singapore government to transform Singapore from a “Garden City” to a “City in a Garden”. The stated aim is to raise the quality of life by enhancing greenery and flora in the city.

First announced to the public by Prime Minister Lee Hsien Loong during the National Day Rally in August 2005, Gardens by the Bay is intended to become Singapore’s premier urban outdoor recreation space, and a national icon. […]

Supertrees are tree-like structures that dominate the Gardens’ landscape with heights that range between 25 metres (82 ft) and 50 metres (160 ft). They are vertical gardens that perform a multitude of functions, which include planting, shading and working as environmental engines for the gardens.

A night view of the Supertrees.

The Supertrees are home to enclaves of unique and exotic ferns, vines, orchids and also a vast collection of bromeliads such as Tillandsia, amongst other plants. They are fitted with environmental technologies that mimic the ecological function of trees – photovoltaic cells that harness solar energy which can be used for some of the functions of the Supertrees, such as lighting, just like how trees photosynthesize; and collection of rainwater for use in irrigation and fountain displays, exactly like how trees absorb rainwater for growth. The Supertrees also serve air intake and exhaust functions as part of the conservatories’ cooling systems.

There is an elevated walkway, the OCBC Skyway, between two of the larger Supertrees for visitors to enjoy a breathtaking aerial view of the Gardens. A food and beverage outlet is planned atop the 50-metre (160 ft) Supertree. At night, the Supertrees come alive with a light and music show called the OCBC Garden Rhapsody.

The views from the skyway are nothing short of breathtaking… 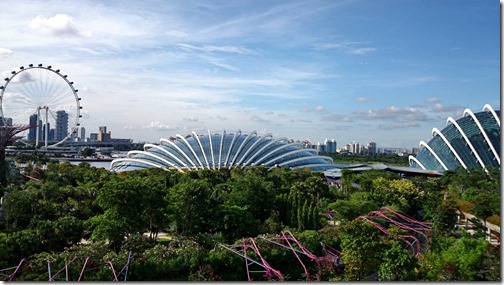 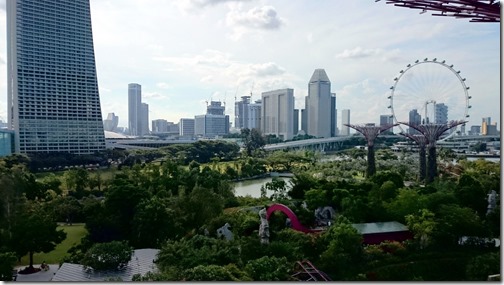 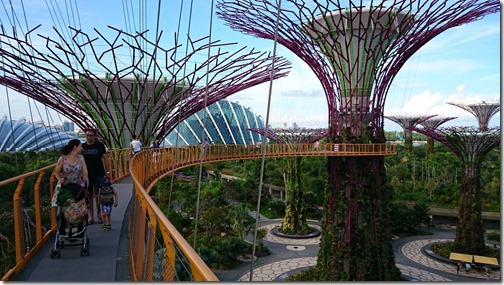 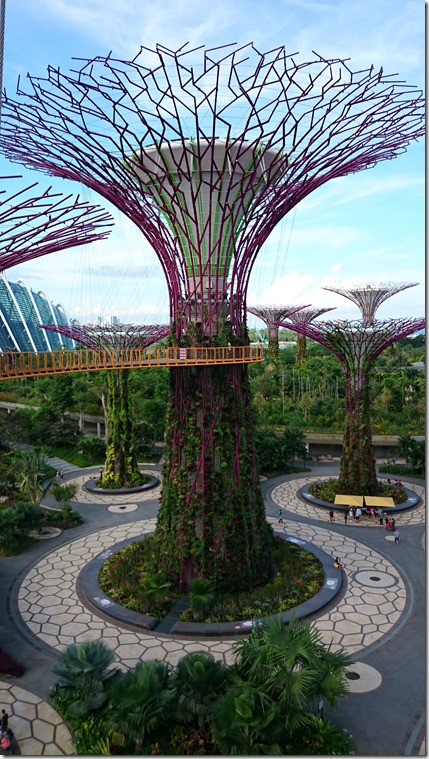 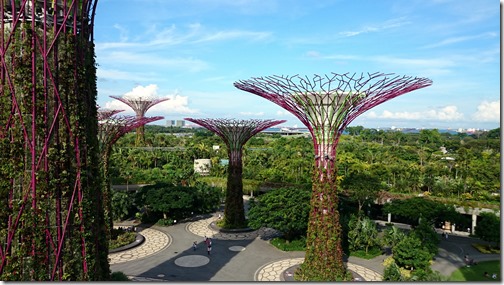 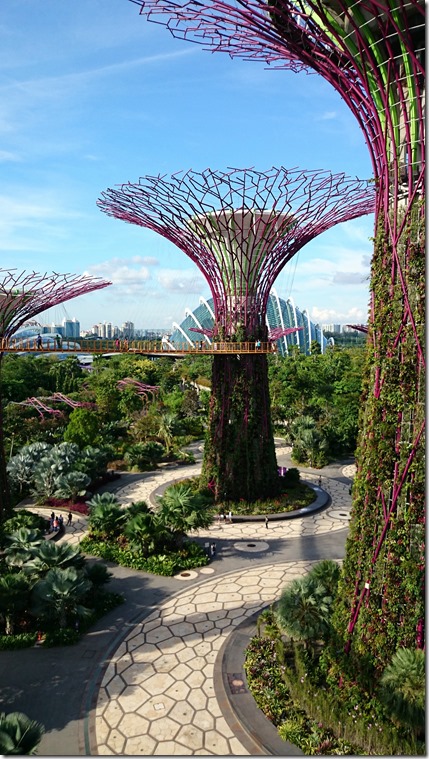 And the whole area is wonderful to explore… 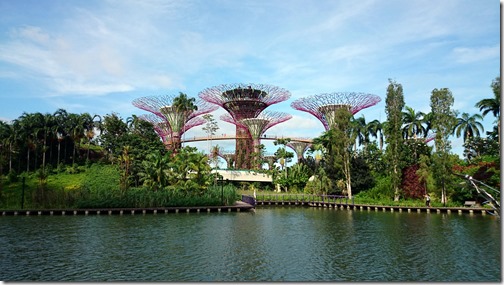 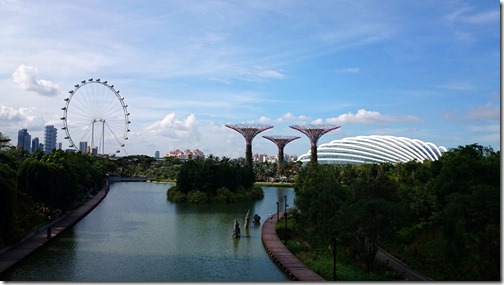 If you have the time, stay in the area till night time, when the supertrees transform into a light show… 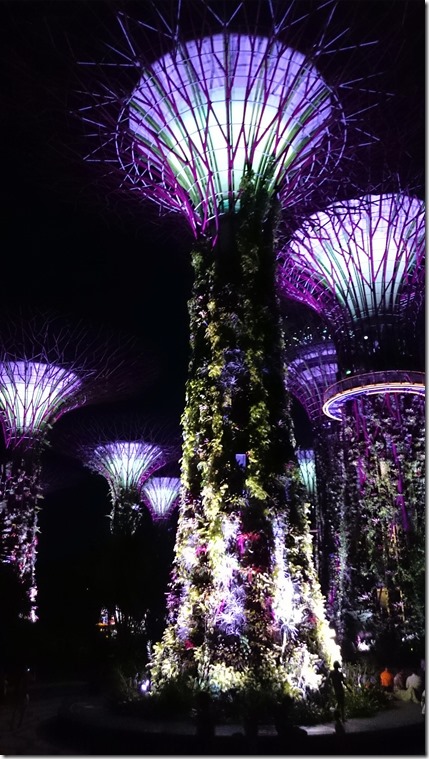 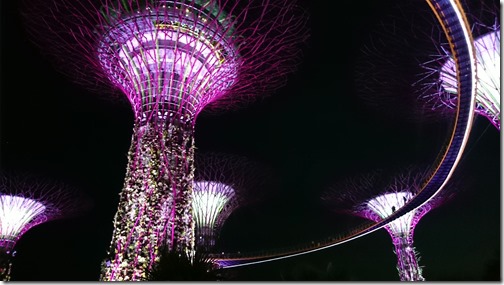 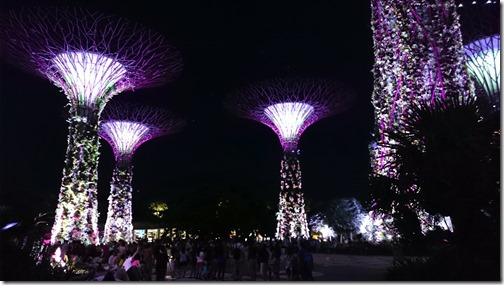 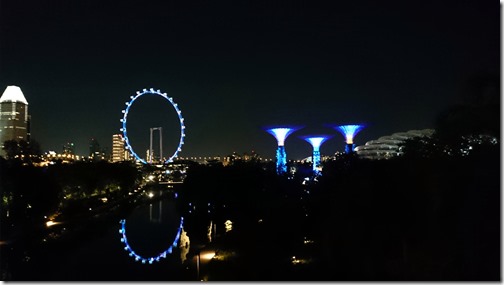 And at 8pm the lights start to dance.

A must visit if you’re in Singapore. Do not miss this.

that’s awesome Fili! can’t believe i miss this when i was exploring Singapore!

@Michael – 🙂 something new to look forward to on your next trip. It’s quite surreal.