If you’ve ever been to one of those video games arcades in Asia then you’re probably familiar with this company. Tecway is a Taiwanese company manufacturing “amusement machines” or “family entertainment centers” to be sold to one of those loud shiny arcades. They own a factory just off of Guangzhou. 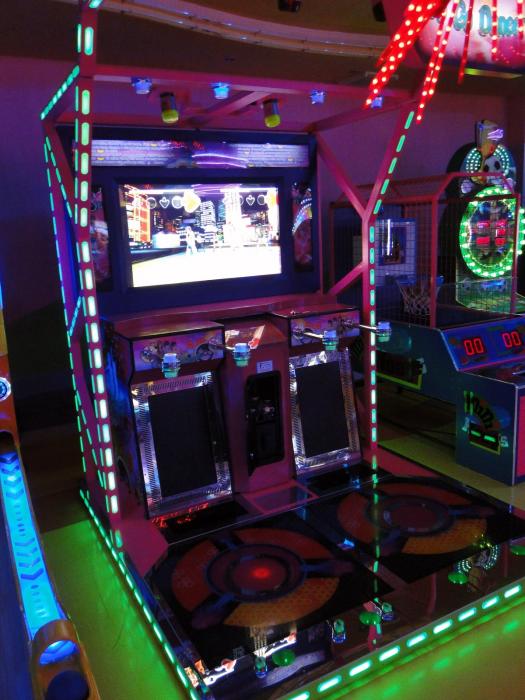 I’ve had the pleasure of meeting the owners of the company while I was visiting in Taiwan and then came up from Hong Kong to visit the company factory for a tour near Guangzhou. Big thanks and gratitude to the lovely Chloris who made this possible.

This visit summary will comprise of two parts.

The first, is what they sell. You can see just about every freaking machine you can think of with varying levels of gamer interactivity, all intended to help your arcade visitors put in as many coins to the machine as possible while maintaining a smile on their face.

The second, is the back scenes of the factory, where the magic happens, the machines are created and the software being developed.

In the middle of grey and uninteresting factory area in a new area in southern Guangzhou, you suddenly come across this… 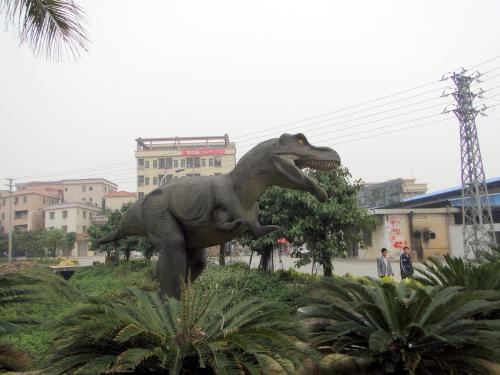 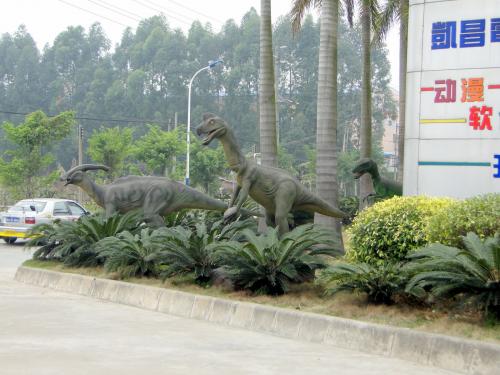 Leading to an entrance that holds exhibits like these… 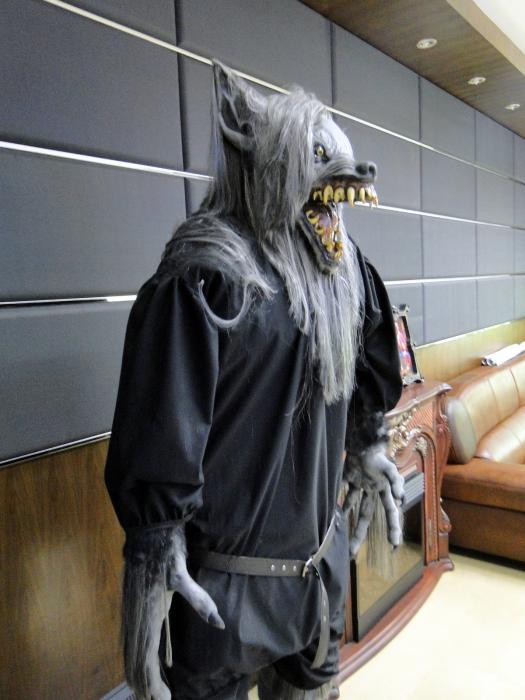 Once you sign up, cross over the sales people and the ‘caged ‘ special area developers, you go into a show room. I was left to wonder around this show room for more than half an hour, so I can pretty much say that I’ve tried all of those machines… 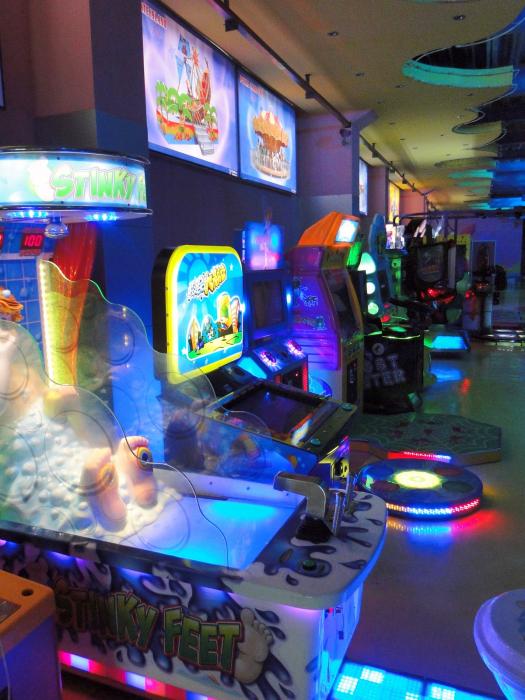 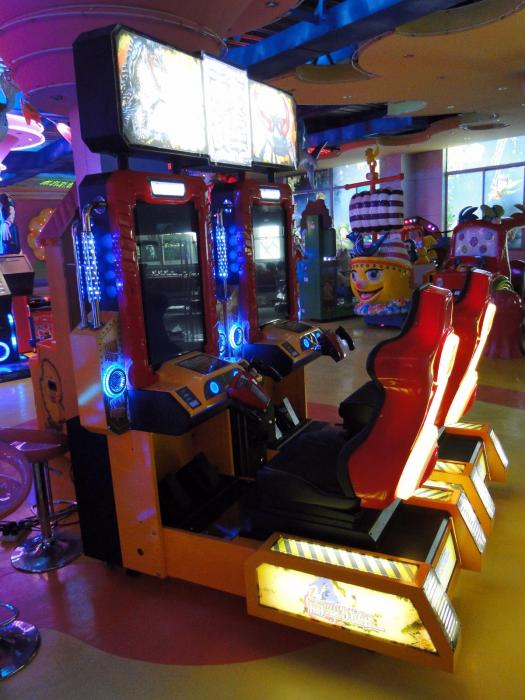 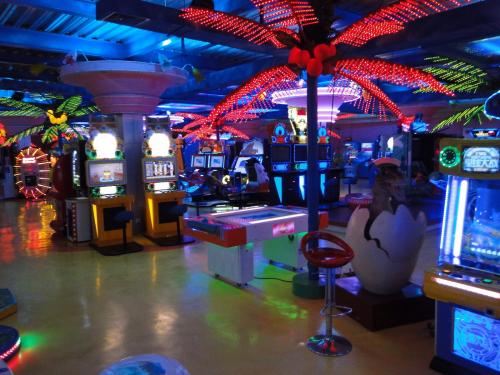 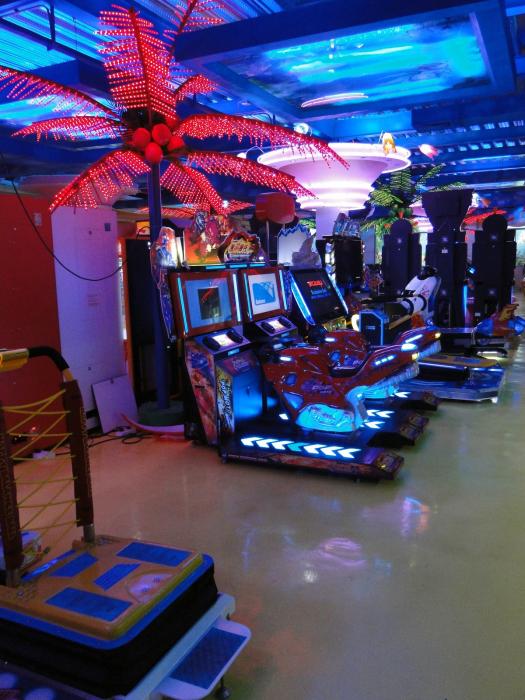 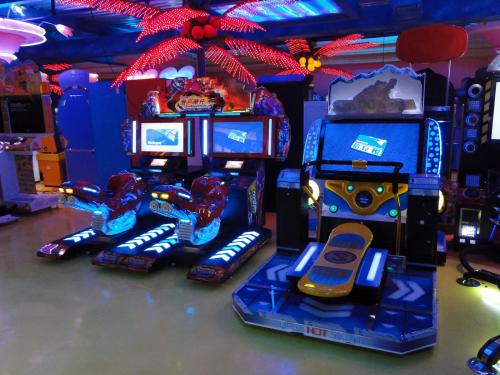 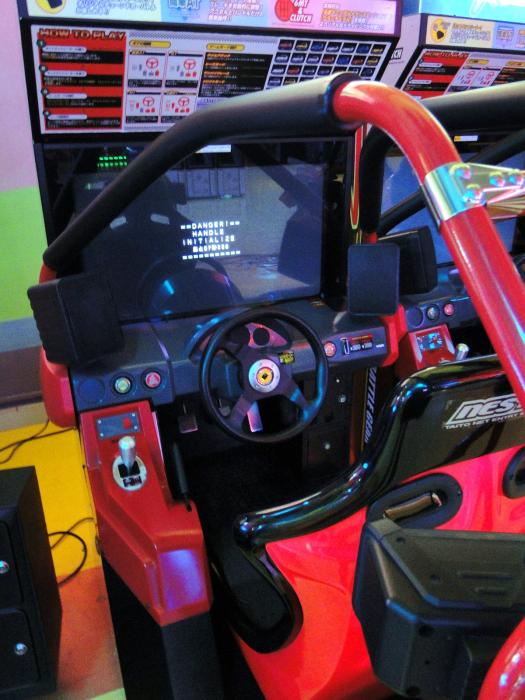 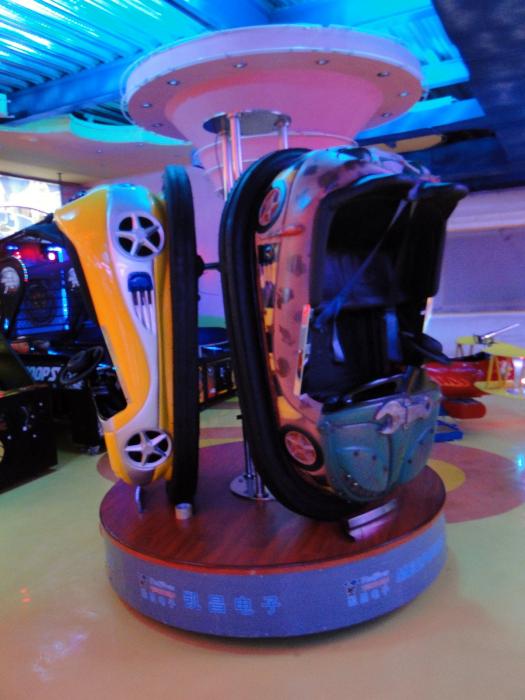 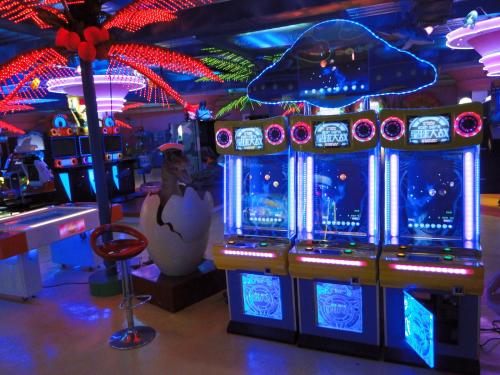 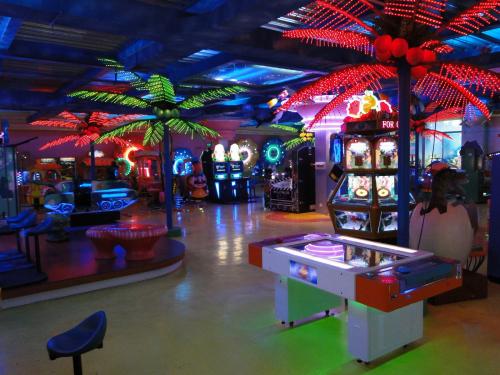 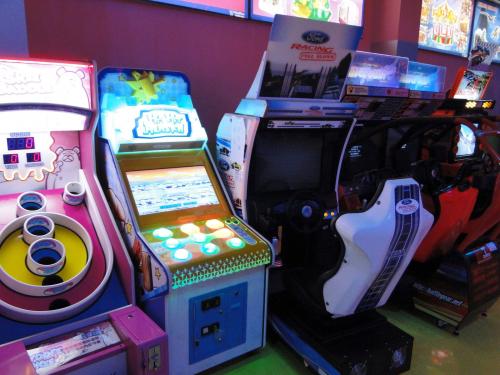 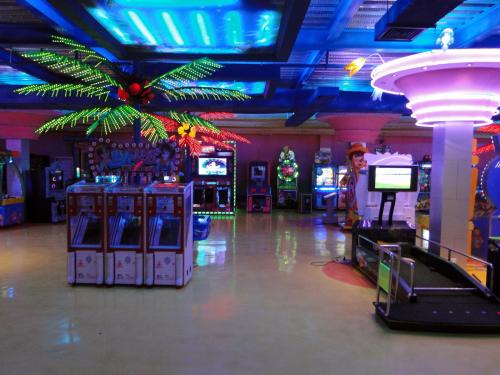 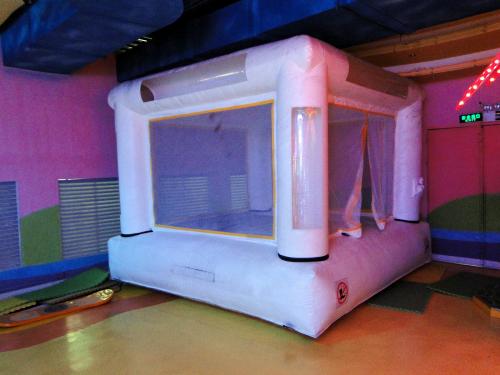 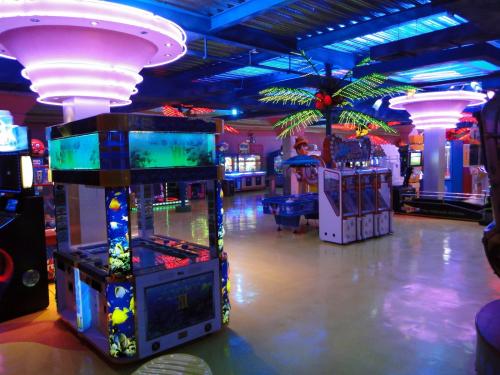 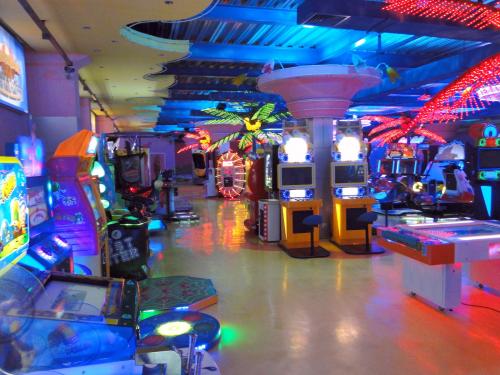 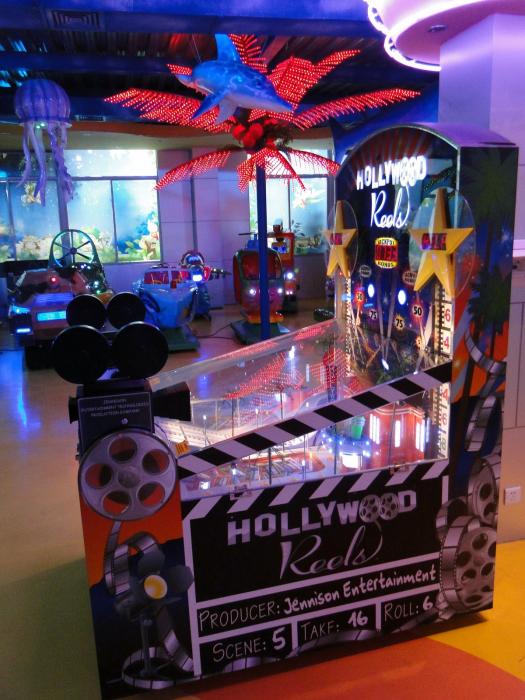 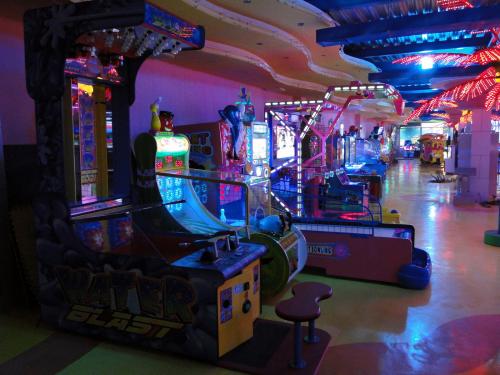 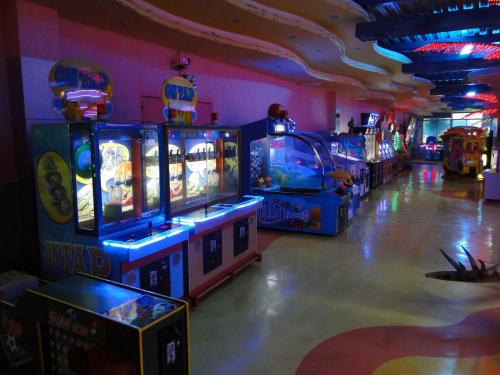 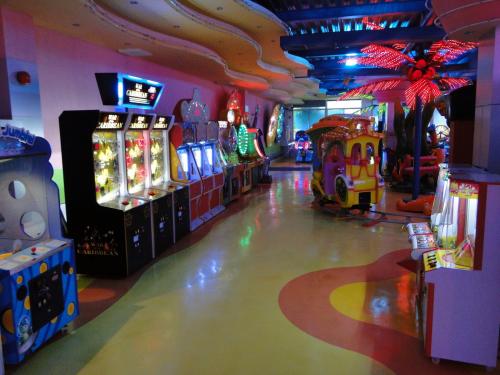 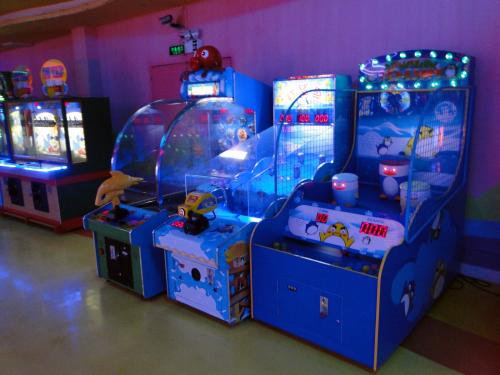 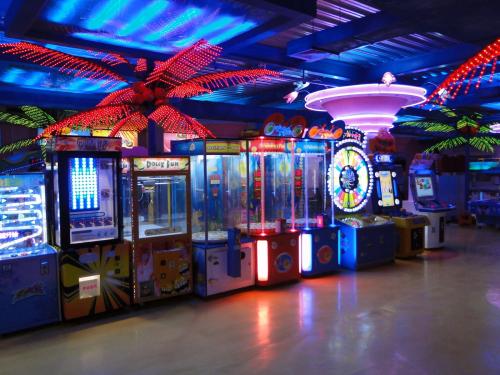 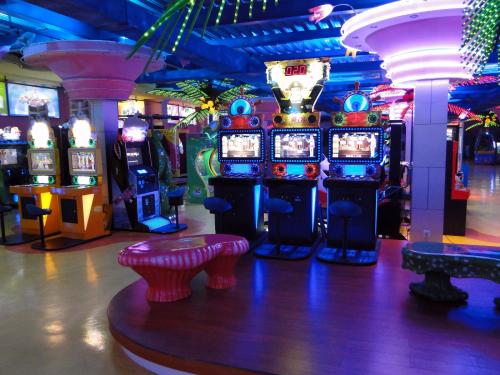 Personally, being the Taiwanese that I am, these basketball machines below are what I spent the most time at. Essentially, you’ve got 5-6 basketballs you shot as fast as you can at a sometimes static sometimes moving target.

I gave up on improving my pathetic score of ~210 after my arms threatened to fall off and my hands were starting to smell like smoke. 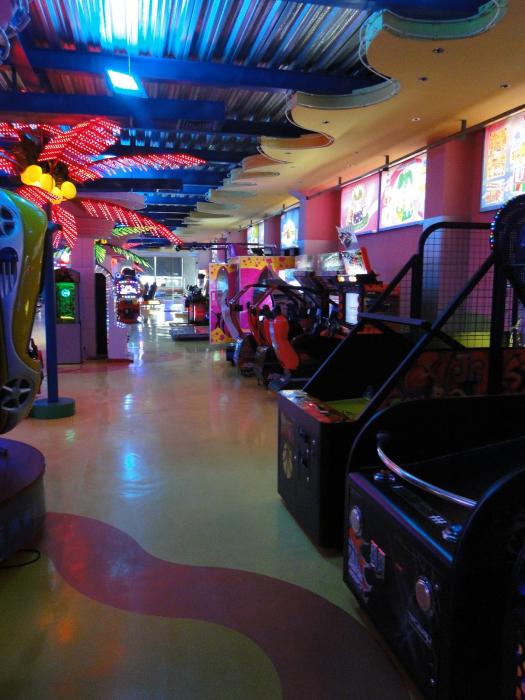 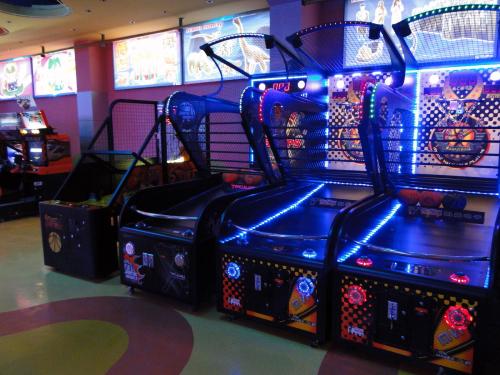 That’s it for the show room. Impressed? I was. Not exactly what I expected to see when I got there, and the child in me had a bit of an adrenalin rush with all those flashing neon and squeaking sounds.

Next up… some of how the magic happens 😛

Looks great, but why is it so empty there? Must be a school day, haha

This place looks amazing! I’d love to be able to visit it too.

Spike – ^_^ heh, yeah. will ask you if you still feel that way after you see the back scenes in part 2.

It looks awesome but I guess those pictures are taken after its closing time as its quite empty. Thanks for sharing this,