There are some things in American culture that you absolutely can’t miss. It has taken me a while, but thanks to a very friendly family I met on my Pensacola trip, I finally made it to a football game. And it wasn’t just any football game – it was the Florida State University Seminoles hosting a game in Tallahassee against the eternal rivals from further south-east  – the University of Florida Gators. Since both teams had one loss and there were only two games left for the season the game also seemed to hold some relevance for both teams’ chances of making it to the playoffs.

Overall, it was an amazing experience that far exceeded any expectations I had. 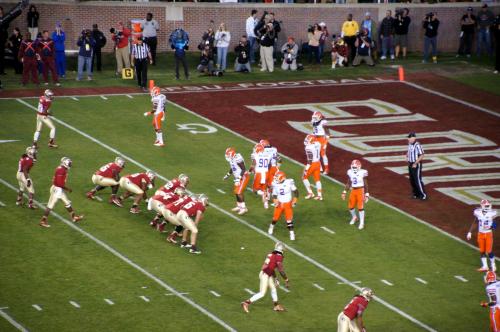 To be honest with you, I never "got" football, almost as much as I never really "got" boxing. I couldn’t see the thrill one might get from seeing giant kids clashing into each other in the most aggressive way. The average game features an injured player almost every 20 minutes or so, and we’re talking about a game that goes on for 4 (!!!) hours. I’m also not much of a follower, or a fanatic, as I really can’t seem to ever bring myself to sing songs of worship to a team or a player and follow the crowds with automated synchronized body movements. Couldn’t do it back in the army when under orders, can’t do it in school with patriotic national anthems, and so I can’t do it for a sports team.

With that said, after the game I can say I have a much better appreciation for the esthetics and mind behind the game. I now also know what it feels to be surrounded by 60,000 sports fanatics cheering for their team. It’s an overwhelming sensation, that excites as much as it scares me. The "native American" arm movement back and forth with the humming of some native-sounding cry has its power. The wonders of human psyche and the strength of social contexts never cease to amaze and terrify me.

Stickers I got going in with "Gator hater", T-shirts bashing anything Gator related and the alligators hanging from trees were funny, but I couldn’t escape the feeling that some people weren’t in it for the laughs – it was a true statement of hate towards a group of people whose only fault is liking the other team. But, I also got to see how Seminoles and Gators fans sit together and met a couple with the husband and wife cheering for the opposite teams, all loving and laughing. As long as you know where to draw the line, sports is rather entertaining. I just wish the violence was not so strongly embedded in football.

But, psycho-babble aside, I must admit that though the FSU Seminoles lost the game it was an experience worth having. It’s really fun.

There’s a lot going on that has nothing to do with the actual game – the tailgating, the huge bands, the cheerleaders, the mascots, the commercialization of the game, etc.

Take a look at the highlights in the next video:

To wrap up, here are some photos I took while in the game. 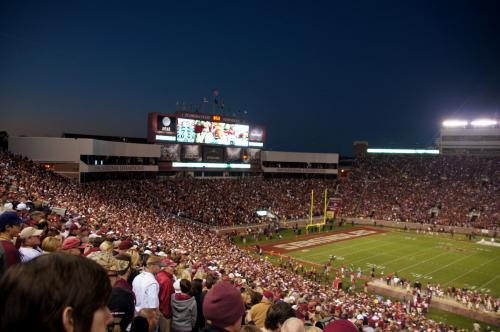 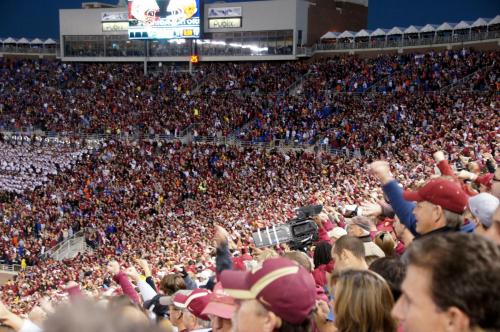 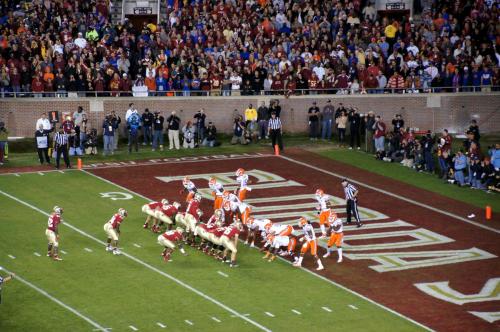 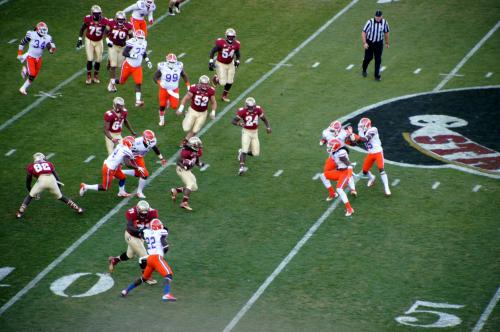 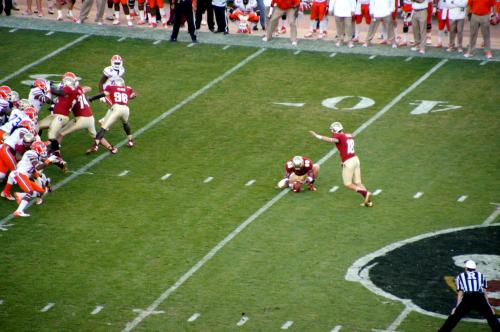 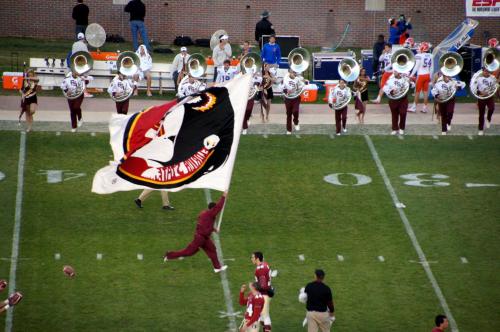 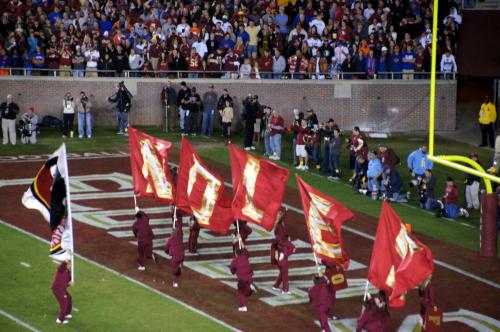 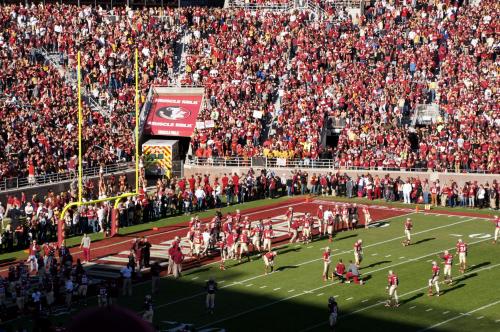 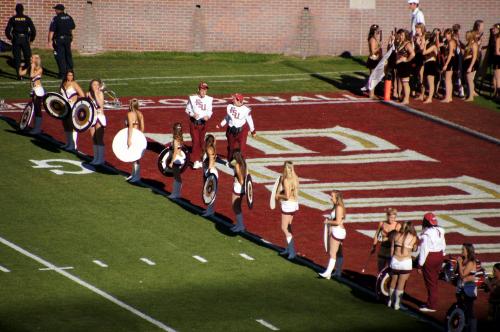 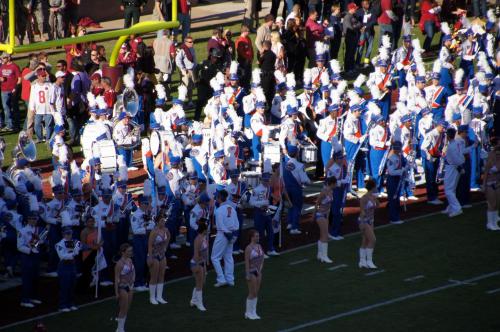 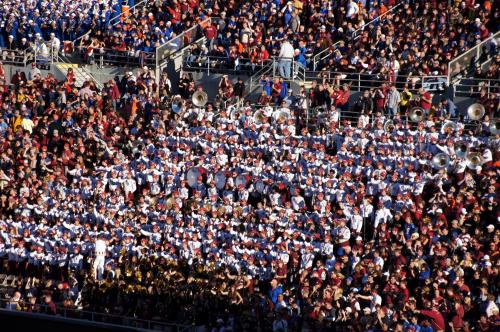 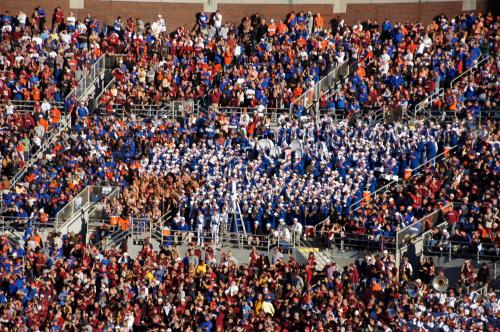 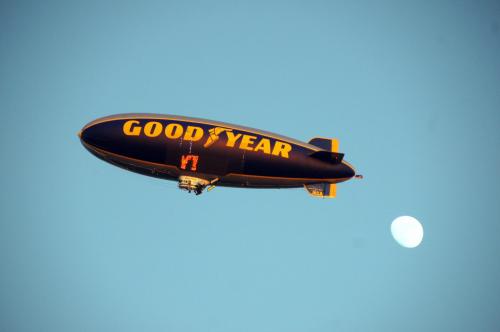 Will definitely stay with me for long.