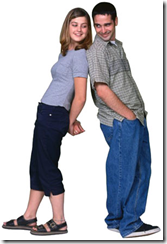 This forth part is about friends and family in cross cultural relationships.

The open questions was – “Are there any problems or issues in relating to, or communicating with, your partner’s friends and family? In what way?”

Yup – I am the foreign monkey. Considered very stupid.

when it comes to his family, i give him complete space and respect. basically i rarely socialize with his family, only on special occasions.

Yes, regarding her family, but these are not due to a language or cultural barrier. They are due to the personalities of her parents in particular and due to their membership in a strange religious cult.

not now that we had a baby.  before that there was no communication.

My family tend to focus on race questions (positive not negative) rather that treat my partner just as a person. I have not met my partners family yet but we are both nervous about it because of the different race.

The fact that I haven’t met his family could be an issue, but time will tell. We’ve been dating over a year, but I am learn about meeting his parents (who live in China and don’t speak English) just now because of meeting his parents would mean (something close to engagement, I think). I know they like me — mainly because I’m American and can get Matt easy American citizenship — but I know they don’t understand culture. As for his friends, because we go to the same university and we met because our circle of friends is the same, no problems there. I think, though, it can be tense or frustrating for either of us when we’re in a group of one culture/language. Like, if I go with him to a Chinese party — sometimes it’s hard to adapt when no one else will.

Since I didn’t grow up in America, it is always hard to involve in their family’s conversations. For example, I know nothing about the 70s musics, the TV shows, the protests… etc. I have to really understand the American culture to be able to understand their conversations.

Religion gets in the way sometimes. They talk a lot about Jesus and they don’t always seem to understand that being Jewish, I believe in God but don’t believe JEsus is the son of God.

sometimes it’s difficult to express some built-in thought from my own culture, such as morality, religious costom, ancient aesthetics, and so on. In this circumstance how I think or what I do doesn’t make any sense to them.

I can communicate with her family in Chinese; no problem. The only person I have difficulty with is understanding what her father says, because his accent is so thick. They like me a lot.

Before we married her father was somewhat suspicious of me. And Her parents don’t speak English, so my ability to communicate with them is limited. But now we all get along fine.

Yes.  Language.  Her family and friends are mostly Taiwanese speakers.  Although I can speak Mandarin fairly well, I still have a problem communicating with them past everyday pleasantries.  It may also be because we can’t relate to each other.  Eg:  Back home, when getting together with a gf’s family or friends, one can always rely on the old, "So, what did you think of the game (rugby/cricket etc) yesterday?" to break the ice. Here, very few people watch or are interested in sports.  Finding a common ground is difficult.  Hard to relate to people.

As for her friends, even though I am fluent in Mandarin, I sometimes cannot catch what they are chatting about, but this is not a serious problem — just par for the course.

His friends are mostly older, and europeans.  They either don’t speak much english or think asian cultures are too novel.  They are all pretty friendly though, and curious, but just often get intimidated when interacting with me since I am so different.

It’s often difficult for me to communicate with his family. They mostly speak Taiwanese at home and are unwilling to switch the daily conversation to Chinese just for my sake. If they need to speak directly to me, they will use Chinese, but if I’m just in the room or having dinner with them and the conversation doesn’t directly involve me, they speak Taiwanese. It makes it difficult for us to spend a lot of time with his family having family meals or activities because I don’t really feel included. It isn’t something that they do purposely, but it is still difficult. I think they recognize this problem also, and they are trying to teach me some Taiwanese so that I can follow along a little bit better.

this is not considered a problem yet but i dont know if i’d think it one in the future, that is, they used to talked in their mother language when going out even there’s foreigner with them. i sometimes feel a little bit outsider when in that condition. But then i think if he’s with us a bunch of taiwanese people it would be something the same, so…anyways…

At the beginning,my paren’t didn’t want to admit that I have foreign boyfriend.  And also my mum doesn’t want me to marry someone lives so far aways from Taiwan.  My parents are worried about if they can’t communite with him in Chinese.

The parents speak only chinese, the friends speak mostly chinese. So there is almost no way for me to communicate with them, except either slowly (friend) or with translator (parents).

most of my wife’s family do not speak english.  but for the most part they are kind and nice people.  my family is a little overwhelming to her, because i come from a large italian family.  last summer we had a family bbq and only about 300 adults and children attended.  i thought she was going to have a nervous breakdown.

I still have problems understanding her father – language problem.

His friends are all Australian (I have more Asian friends O.o;）but his parent primarily speak Chinese.  As I could speak some Chinese and them some English, we could communicate okay, but I’ve never been introduced to the rest of his family and I think it’s because of the language barrier (they’re not a very close family, though).  I’m now fluent in Chinese and leaving  Taiwan soon, so I’ll find out if that assessment was right or wrong then.

His grandmother did not speak English, but she was extremely open, warm, and kind towards me. I wanted but could not converse with her.

Yes, his family tend to be passive aggressive in my view and they think I am an abrasive person. Oddly enough I found out that the thought that about me by a 3rd person. They don’t tell things in front of you and I tend to do it.

While talking to her friends, I have a feeling they are insincere to me, feel a slight tension, the conversations seem quite artificial. The indirectness in general makes me feel uneasy sometimes.

I am having a hard time understanding why my boyfriend does not want to introduce me to his family. I feel rejected and sad about it. We have been dating a little over a year now. It’s as if he is not sure about me and our relationship, and if he were to introduce me to his family, there would be no going back and he would be “stuck with me.” I am what most would consider a conservative American, I’m not a party girl, no “skeletons in the closet” so there should be nothing to be embarrased about as… Read more »

I can understand your confusion. I’m honestly not sure.