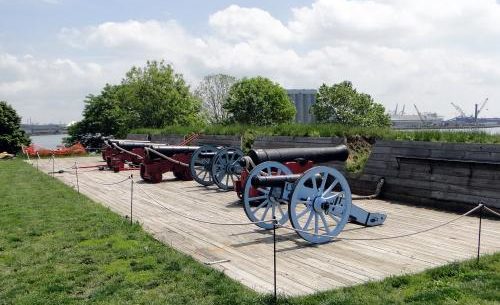 Travel is usually a time for me to reflect about things I usually don’t have time to think about in everyday life. In most times, if I really put my mind into understanding things, it’s very likely that I find things that will surprise me.

Fort McHenry in Baltimore is where the American national anthem originated from, and I wasn’t sure there’s going to be much new there I haven’t heard about before. I did, after all, do  a high-school comprehensive test on American history (2 out of 5 units of Bagrut), and have spent a fair amount of time during my 6th grade being brainwashed by the American education system. Back then, though I was not asked to sing along I did stand up every morning and stared at my fellow American classmates put up their hands against their chests and shout out the very familiar patriotic lyrics.

And what a wonderful story of American heroism it is! a small fort fighting against a mass brutal attack by the overly aggressive British colonialists. It’s a patriotism miracle.

But then, going through the Fort McHenry museum I became a bit confused about some of the explanations. Wait… what?! where was Francis Scott Key during the attack? no way, he was on the British ships while they were bombing the fort?! how come? oh, he sailed there. :S

But why?! oh, for discussions about a prisoners’ exchange. Okay… so, wait, Francis Scott Key was having dinner with the British officers as they were discussing strategy against the American forces? That’s a bit awkward, isn’t it? And after dinner, Mr. Key stays (or… made to stay some argue) on the British ships and as he overlooks McHenry Fort during the British bombing he comes up with the American national anthem .

I see… But atleast it’s a grand grand victory, right? where the Americans beat the vicious British aggressors in their fight for independence! Eh… sorry, not quite. The American heroic victory essentially consisted of awaiting for the British bombs to stop. And the bombs didn’t really do much, since they were no match for the fort’s fortifications, so there wasn’t any real danger but more of psychological warfare. Not only that, but also if you consider the circumstances, it was the War of 1812 where the US already established its own indpendent army and governance and it was USA declaring war on the British, not the other way around.

But, ofcourse the Americans would declare war! those evil British! they probably deserved it! Well, not really, if you read what the McHenry museum explains. The main reasons had to do with American concerns regarding trade (money, this sounds familiar) and the British support for the native Americans and Canadians against American expansion (power). The strategic decision by the US to go to war against the British in 1812 was partly -because- the British were already too preoccupied fighting Napolean’s French army for them to be able to do much about the things that were going on in the regions of America. :O

Now, before the American audiences move for the kill I should admit – I might have messed things up, misunderstood, twisted a combination of museum posters around to try and shock myself, yet going through Wikipedia and the likes afterwards I’d say you’d have to work hard to convince me otherwise.

After visiting Fort McHenry – as far as I’m concerned, this is it. This is the American symbol for the courageous fight for freedom and independence.

I left there feeling a little sad and somewhat betrayed. 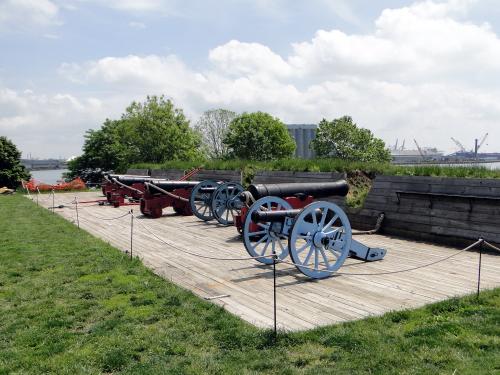 But seeing that this is a travel blog, atleast most of the time, I should probably show you a bit of the fort… 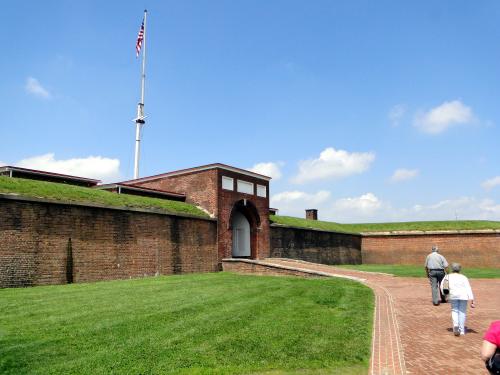 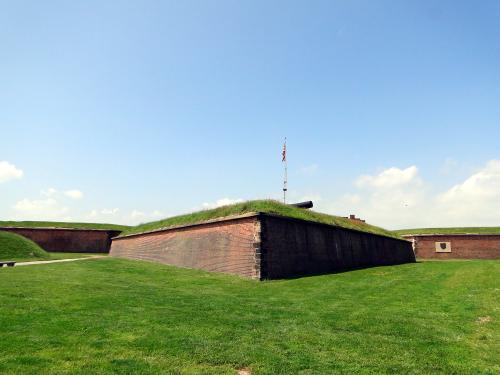 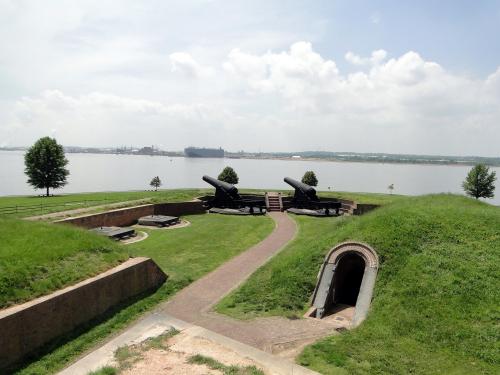 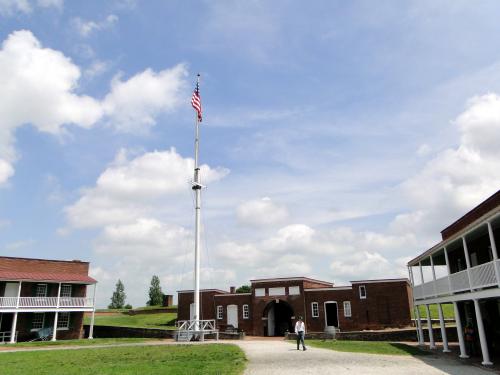 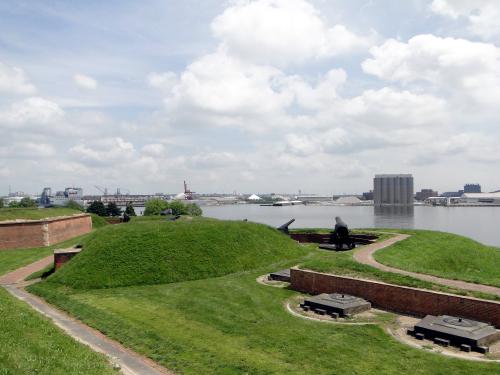 And it’s a really nice one. I honestly wouldn’t mind having some British fireworks and naval scenery to compliment my stay there… 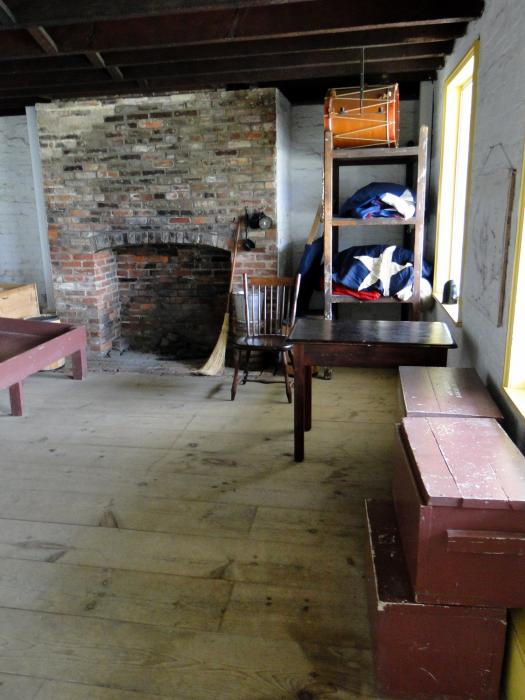 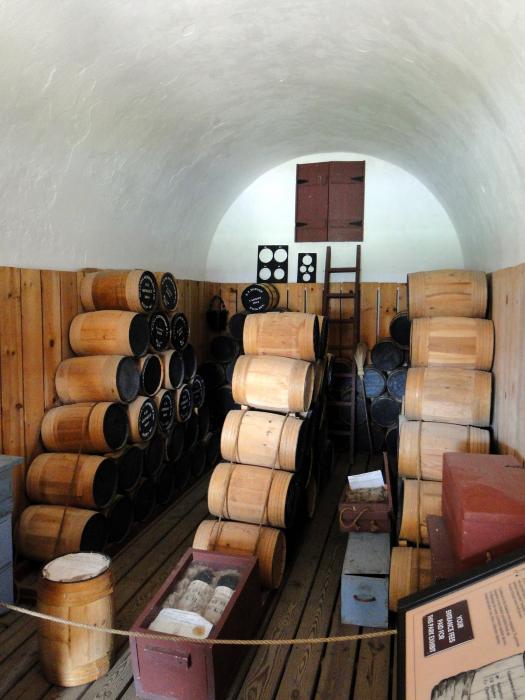 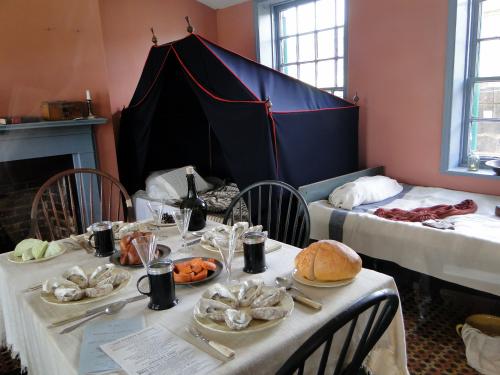 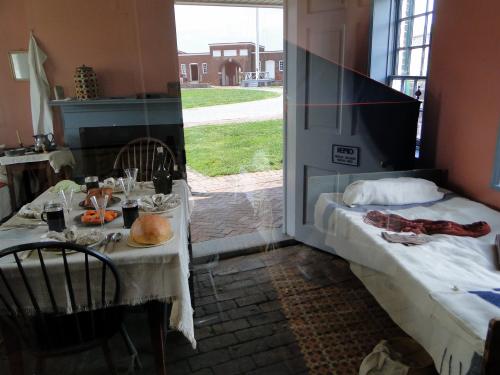 All rise for the national anthem… 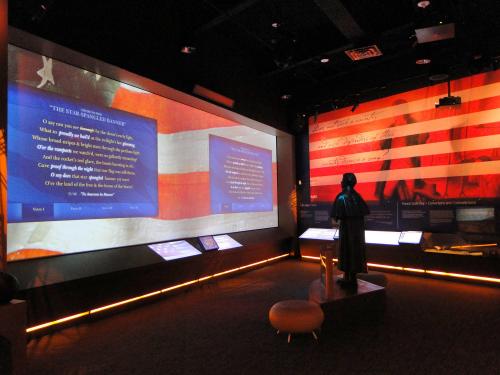 To sum up the experience I’ll quote the wise words of an old  American lady who was standing next to me after the national anthem finished playing at the museum… "I could never understand those lyrics, they don’t make any sense to me".

Well put, now more than ever.

After spending some time in Philadelphia and Washington DC I stopped by for a few days to try and explore more of Baltimore. Last and only time I was there was on a father-son trip from Canadian Toronto to Washington 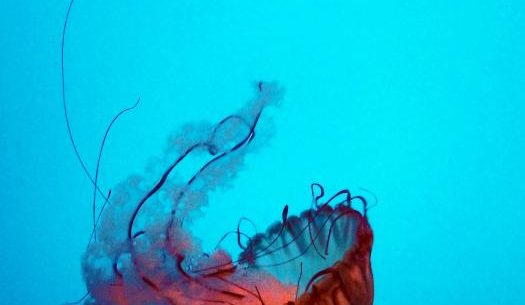 With only a short day to spend in Baltimore, in a quick getaway from Washington DC, there were decisions to be made. After all, Washington DC hosts some of the world’s best museums, so what can possibly Baltimore do to

Heh. War of 1812 is always a kick to read about. But you got your summary pretty correct. I myself am sucker for naval war, in which the US did very well.

@cc7d023f9243a4fc5456f2e704a670a5:disqus – thanks for the confirmation 🙂 I agree, it does show maturity being able to display this in the site’s own museum.this ain’t the last of my shocks about American history during that tour. more to come on… George Washington and Gettysburg 😛