If there was ever any place that I’ve really wanted to visit in China long before I ever knew what China was really about, it was probably Beijing – with its Great Wall of China and the Forbidden City. The many Chinese movies that I’ve watched featuring Chinese emperors and Chinese politics taking place in the palace have lit up my imagination of what this place would look like. Coming into Beijing for the first time, this was the first thing I did on my first day there. 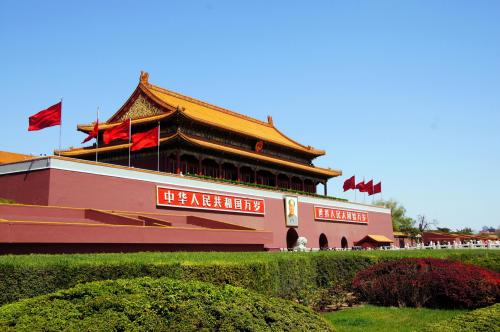 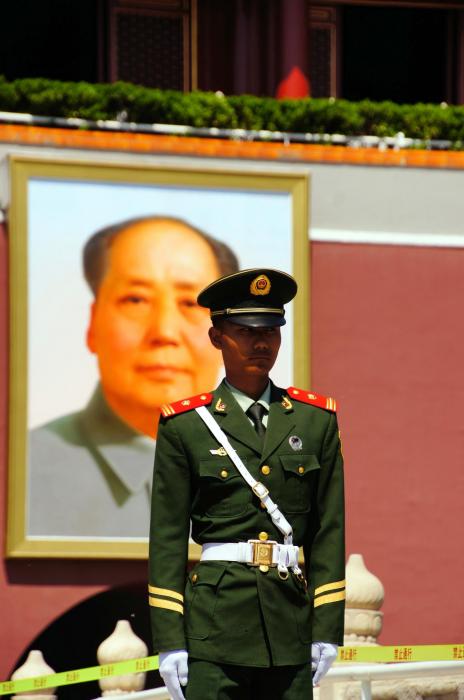 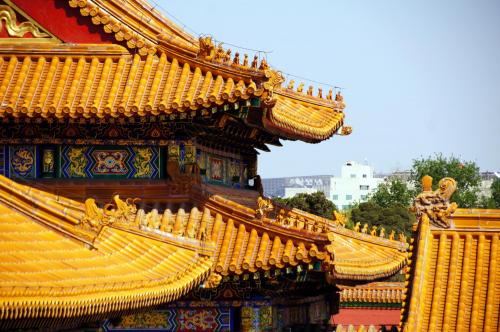 The Forbidden City is the imperial palace of the Mings and the Qings, now serving as the Palace Museum. It’s a grand complex of ~1000 Chinese architecture buildings that have somehow survived the horrors of 20th century China to become the best preserved imperial palace in China.

For anyone visiting Beijing, this is an absolute must. It’s mostly walking around the complex and taking in the grandeur of Chinese history.

Wikitravel has a good intro :

This is truly the spot to appreciate the might and grandeur of the Imperial Chinese court during the height of its power in the Ming and Qing dynasties. Despite the transformation of the city around it, the Forbidden City remains mercifully relatively untouched. There are a handful of cafes and gift shops, which are surprisingly not very overpriced considering what a tourist area it is. Only two-fifths of the area of the palace is opened but more sections open all the time. Wandering to the right or left can yield some beautiful secluded courtyards and, of course, padlocked dead ends.

You can rent an audio guided tour which explains certain temples along the central axis and their uses for ¥40 with a ¥100 deposit (more than a dozen languages available). The signs posted around and on buildings inside are fairly short and are written in both Chinese and English. You can reach the Forbidden City via subway line 1 to Tiananmen West or Tiananmen East,or by buses lines 1,4,52 and 728. Alternatively, the lines 101,109 and 810 stop at the north gate of Forbidden City. ¥60/¥20.

Travel China Guide has a good virtual tour of the palace. 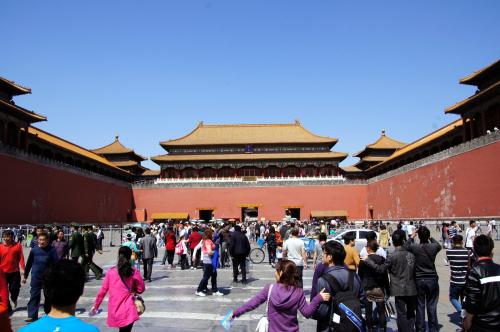 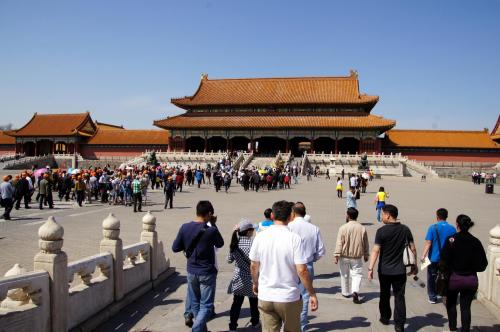 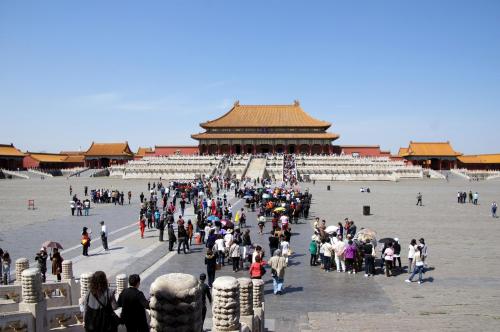 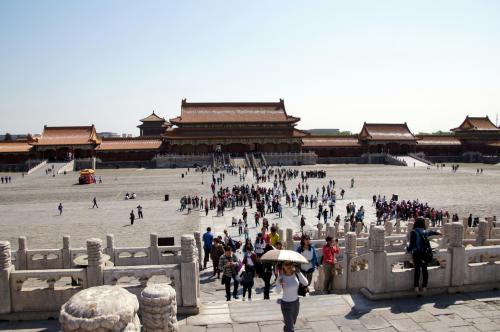 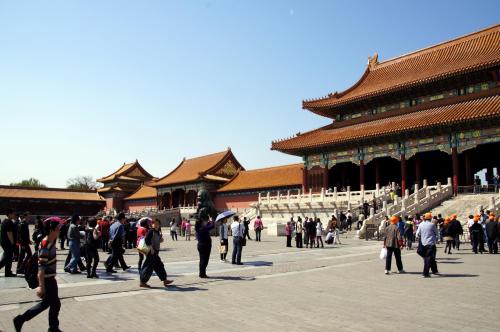 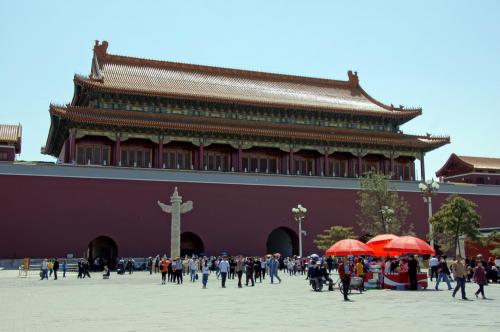 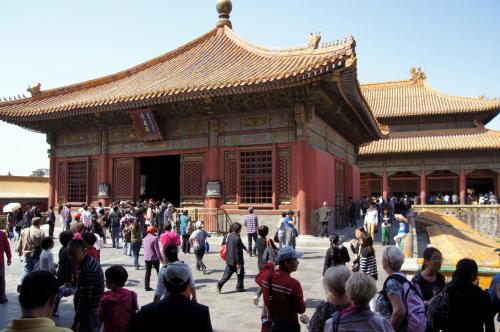 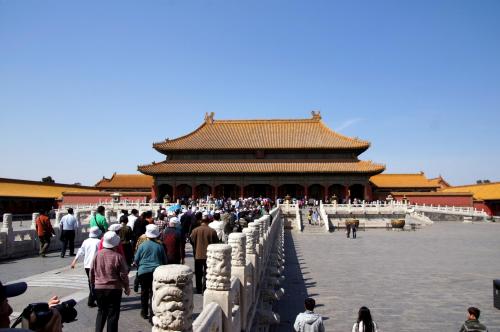 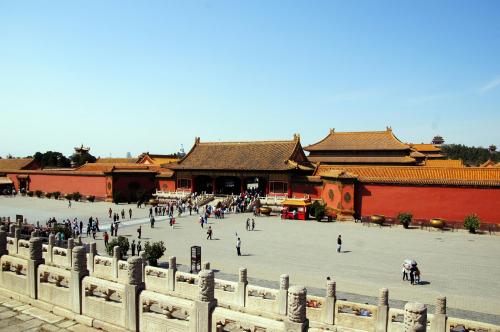 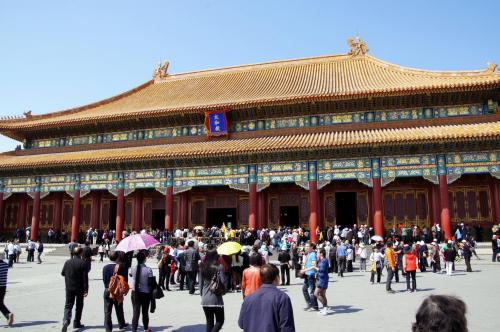 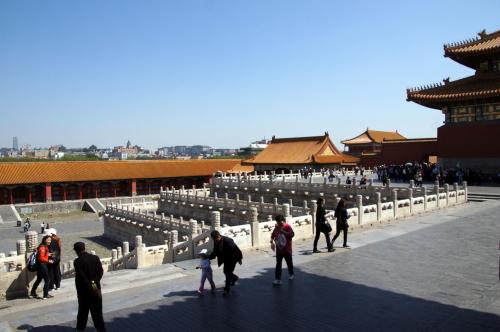 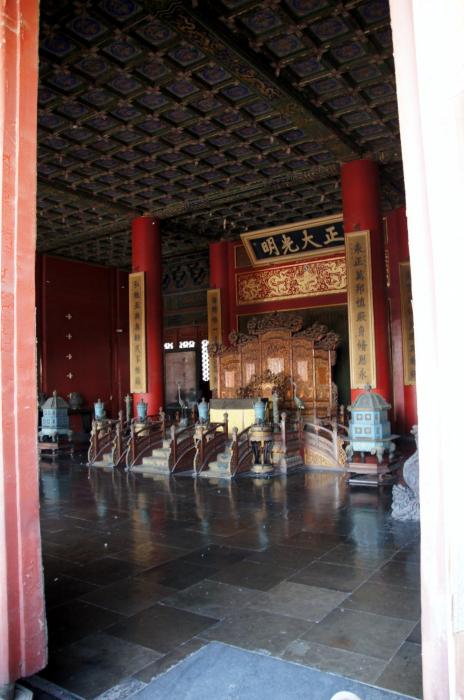 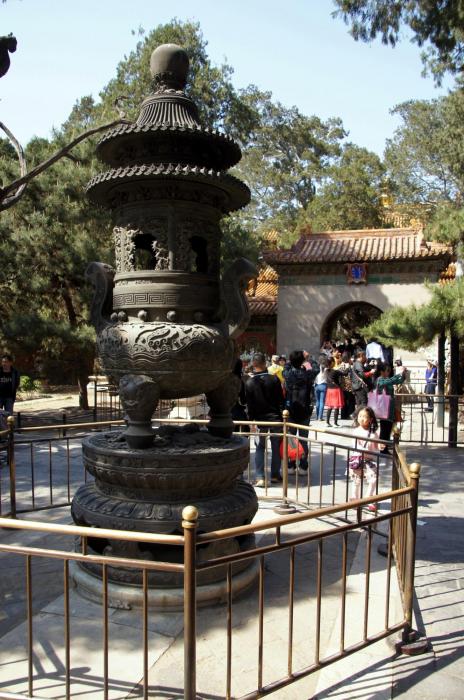 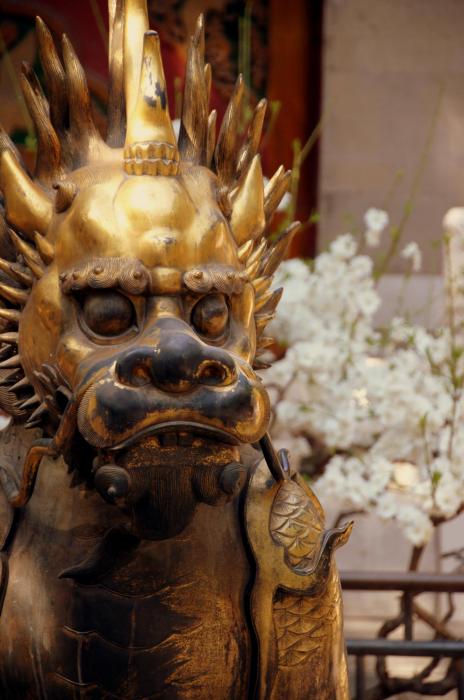 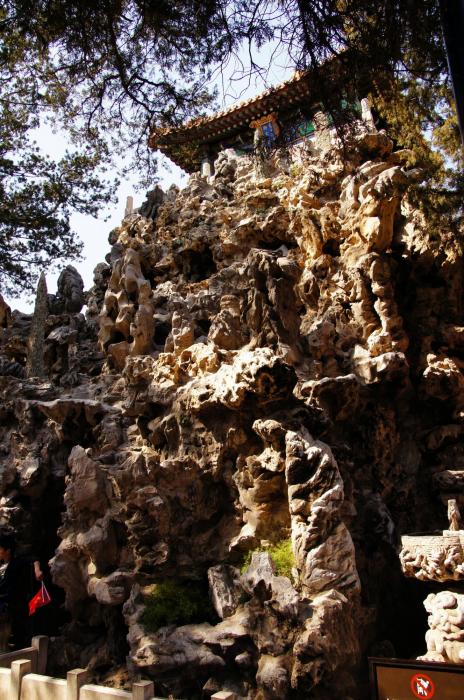 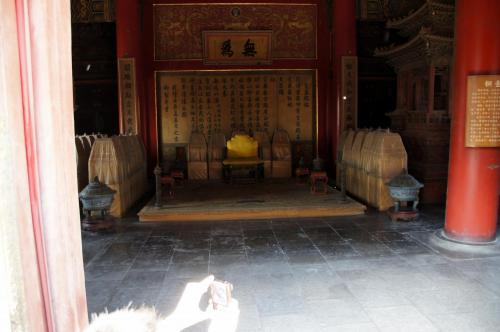 While there we had ourselves some of the local veggie cuisine… 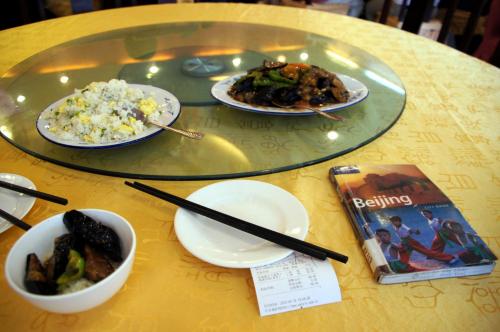 Overall, it’s a wonderful experience. Be sure to combine the Forbidden City tour with the Jingshan Park on the north offering grand views of the palace from above.

Excellent tip of the Jingshan Park. Most people skip this after the Forbidden City and it is highly recommended!