Elements shopping mall, located in the Kowloon MTR station in western Kowloon just upstairs from Airport Express going towards the airport, can compete for Hong Kong’s grandest. Going through the shopping mall, which I heard nothing about before arriving there, I was very pleasantly surprised. I’ve seen some nice malls in Hong Kong, some of them very up-market, yet Elements had a slightly different aroma of grandeur. I can’t quite put my finger on it, but it’s an impressive shopping mall.

Separated into 5 zones to represent the 5 Chinese elements, they’ve got all the big luxury brands, a couple of grand movie theaters, an ice-ring, great restaurants and the best of every thing else you’d expect from a shopping mall.  Three Sixty – BTW, which I’ve never heard of before either, is the kind of supermarket I’ve always wanted supermarkets to look like, but have never seen till that day. It looks, smells and feels just right. They had a near perfect Middle Eastern style Lamb Burger. 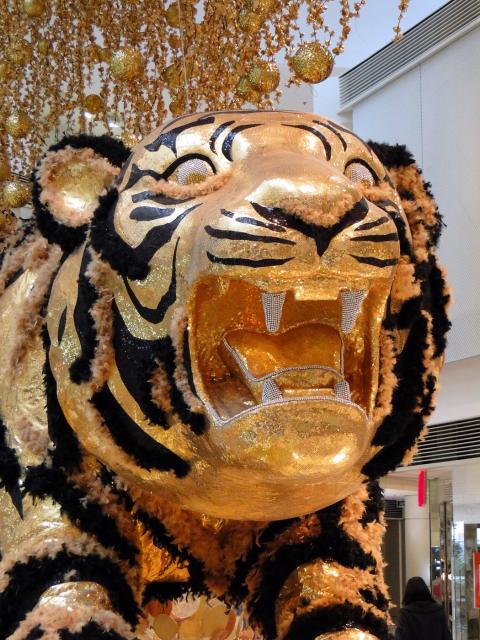 Since it was Chinese New Year there were tiger themed shows and Chinese dances playing during the entire duration of my stay in the area. 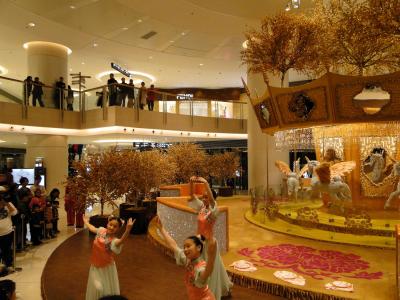 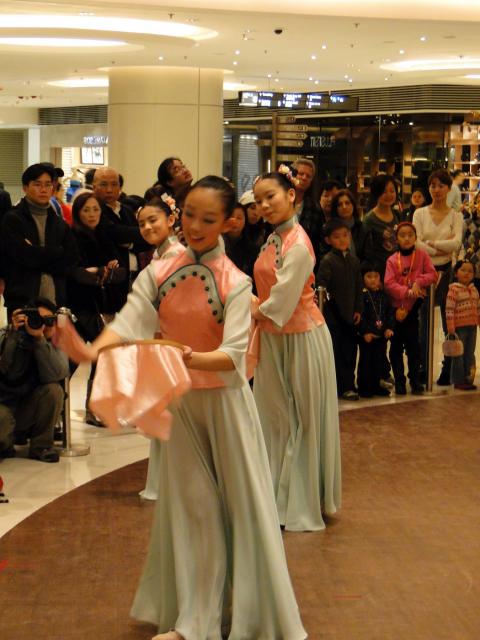 Watch some of the shows on video here :

If I were a bit closer, I’d consider going there more often, but as it’s far away I’ll let those impressions of the first visit linger.

Additional readings and photos about the Elements mall :

It's is nice. I'm there often as the bus from Shenzhen arrives and departs from Elements. But, it is “hell and gone” from Kowloon. There's nothing in the area outside the mall. Finding a street exit from Elements makes navigating an Ikea an easy proposition. A Hong Kong television reporter did a story last year: He timed his exit, not knowing where he was going. It was 7 minutes to find an exit. After a 15 minute walk he was still nowhere near “civilization.” In short, a great mall, but only readily accessible by MTR service. I would suggest using… Read more »

Stevo – 😀 yeah, I know what you mean. I was a bit lost there myself, especially wanting to get to the West Kowloon Promenade – the signage is almost deliberately horrible and there's something unfriendly about the scale of it all. Still, you know, many of the MTR stations are about the malls and residential buildings that surround them. Hang Hau is my usual stop for joining the rest of HK, and there's definitely nothing to do there. In Kowloon atleast you have Jordan st. and all that 15 minutes away. I enjoy following your blog. Lots of goodies… Read more »

Well, I have to tell you that the eastern part of the world is quite different when it comes to culture and that can also influence the economical approach on a business.

I have bought a lot of stuff from this mall and they always impress me with their discounts. I even managed to get this beautiful Cufflink at 30% off in their wedding shop. Pretty impressive indeed.