The Eldrige Street Museum was a lovely unexpected surprise, being based in an old 1887 synagogue of the former Jewish community that once lived near today’s China Town. I came up from an exchange in Florida to cold New York City to meet my sister who was on an exchange to NYU, where I met my parents who also arrived for the holidays. Taking my mother to see the local New York City Chinatown I was looking at Google Maps to see if there’s anything interesting to do in the area between the Subway station and China Town and just happened to see the Eldrige Street Museum. Both my mother and I were very happy when we discovered what this museum was about.

Shedding light on the local history of the east-European immigrant Jews, our guide took us through the story of the synagogue. Throughout the years the Jewish community in NYC became wealthier and most families relocated to upper east/west sides of Central Park, leaving the area for the new incoming Chinese immigrants. With the local community becoming smaller, it became hard to maintain the building, with most services conducted on the ground floor and away from the main hall, till they finally decided to shut those off entirely. A NYC professor writing a book about the old synagogues in New York City has recently rediscovered the synagogue and made it his mission to raise the millions needed to renovate and rebuild the beautiful interior. The result, as you’ll see below, is nothing short of spectacular. 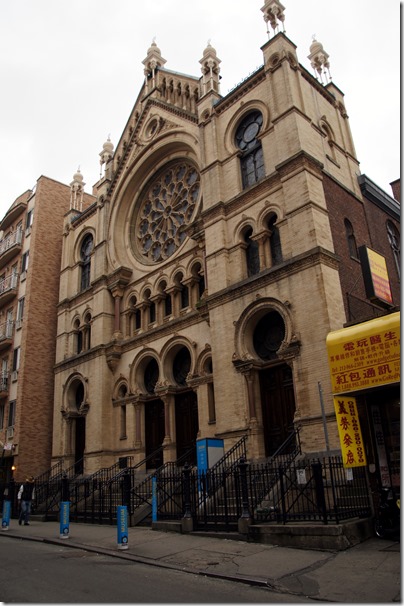 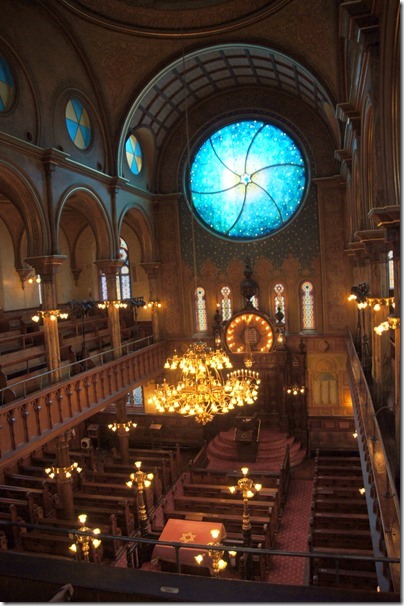 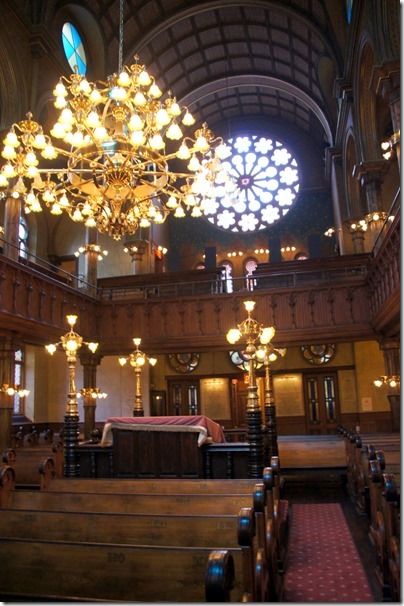 The official website has a bit more on the story :

Between 1880 and 1924, two and a half million East European Jews came to the United States. Close to 85 percent of them came to New York City, and approximately 75 percent of those settled initially on the Lower East Side. The Eldridge Street Synagogue opened its doors at 12 Eldridge Street on September 4, 1887, just in time for the Jewish High Holidays. Hundreds of newly arrived immigrants from Russia and Poland gathered here to pray, socialize and build a community. It was the first time in America that Jews of Eastern Europe had built a synagogue from the ground up. […]

For fifty years, the synagogue flourished. Men and women came in their finery, and mounted policemen patrolled the crowds. The congregation hired world-renowned cantors and in 1918 hired Rabbi Aharon Yudelovitch, the first in a series of famed Talmudists and speakers. Thousands participated in religious services in the building’s heyday, from its opening through the 1920s.

In the 1920s-40s, membership began to dwindle as immigration quotas limited the number of new arrivals and the Great Depression affected the congregation’s fortunes. Following World War II, many people fled the city for the suburbs. From the 1940s on, the main sanctuary was used less and less. Without the resources needed to heat and maintain the sanctuary, a small but stalwart congregation continued to worship in the building’s more intimate house of study, or Bes Medrash on the synagogue’s lower level.

Quite the story, isn’t it?

Though it’s quite dark in there, I hope the camera is able to give you a bit of the magical feeling this place offers. Imagine having a service in a place like that a hundred years ago … 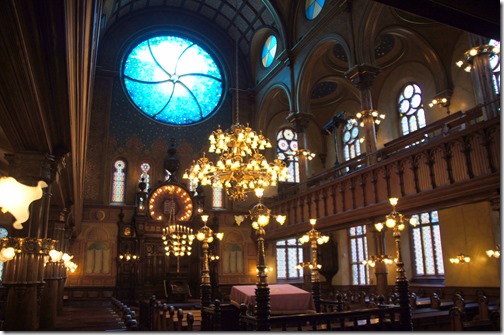 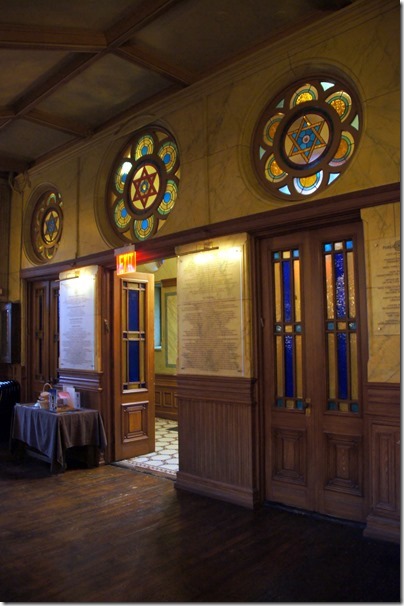 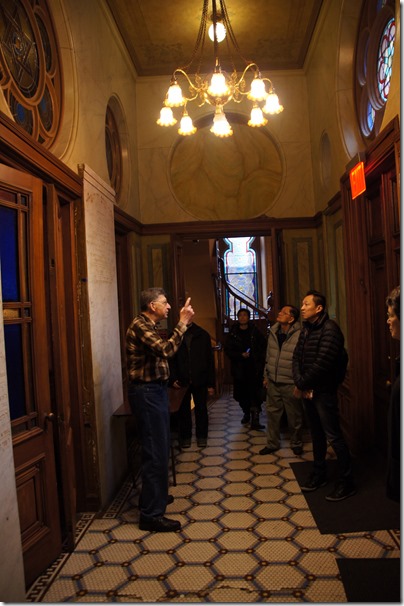 If you’re curious what the temporary synagogue on the first floor looks like when they stopped using the main upper halls, here it is … 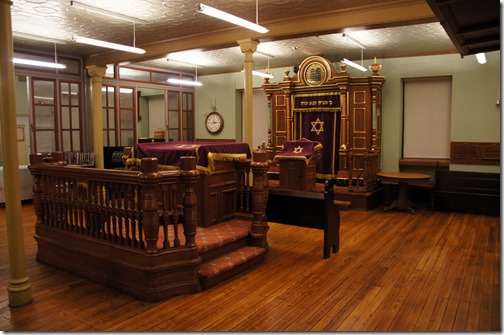 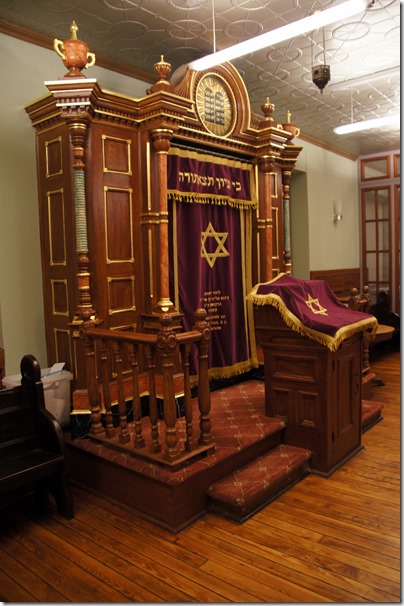 Not quite the same feeling, is it?

I’ve seen this Jewish/Chinese combo a few times in other North American cities. I remember Toronto’s China Town has some old synagogues, also Chicago if I remember right… It’s interesting comparing the immigration waves and the lives of those immigrants at different parts of history. If you want to know more about the Jewish history of New York, or see the strong China-Town Jewish contrasts, go and visit. For my mom and I this was fascinating.