Arriving late to Sixty Stone Mountain, it was getting dark and fogy and eventually it started to rain. I was lost and I had no idea how to get off the mountain. All turns I took led to nowhere. Finally, I saw a guy driving a scooter so I hailed him to stop and asked him for directions. He asked me where I was from. I said I’m studying in Tainan. He began to laugh.

Turns out he’s part of a group that got together after studying a while back in NCKU. He insisted that I follow him and stay the night with the group. He was extremely kind, but the whole situation felt a bit awkward, especially as I learned that the 8 guys were sharing a tiny room in a Japanese on-the-floor style. I eventually thanked him and went to the near by guest house for my own room, but still accepted the invitation to have dinner with them and go travel together the next day. Although they were speaking Taiwanese most of the time, they made a special effort to translate some parts to simple Mandarin so I wouldn’t feel left out. They were a happy bunch, those folks.

Next day, we woke up early in the morning to catch the beautiful views. 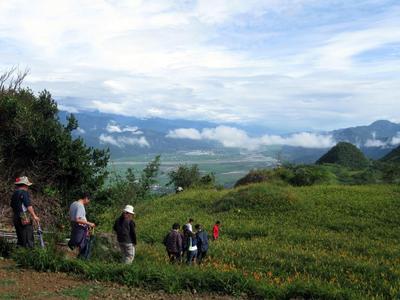 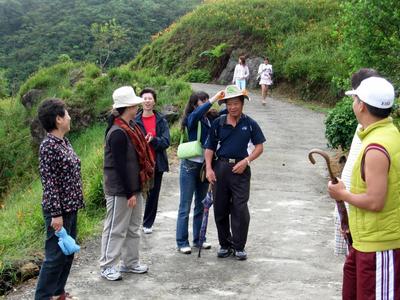 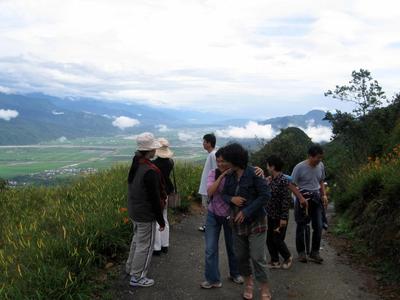 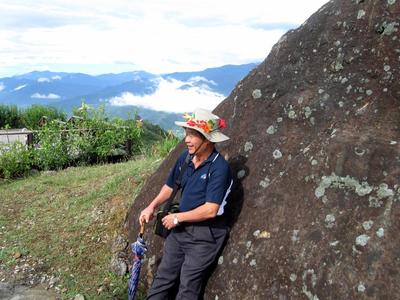 The leader of the group helped everyone make their own souvenirs from special rocks. 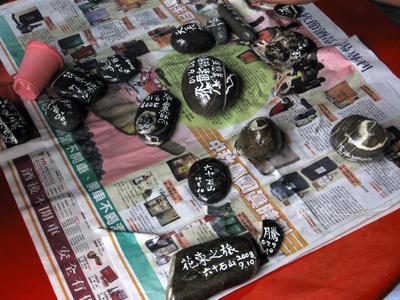 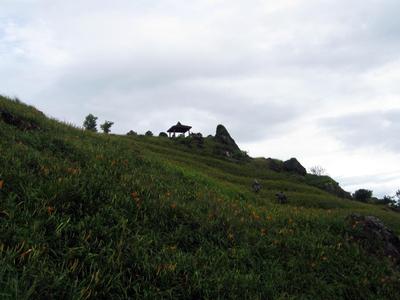 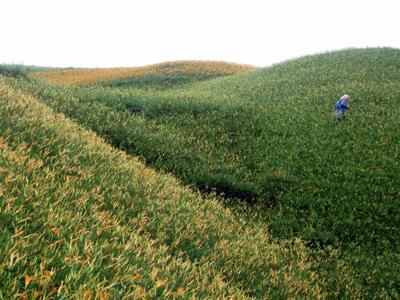 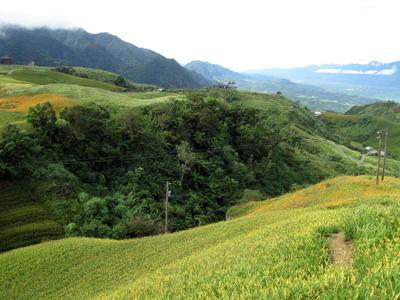 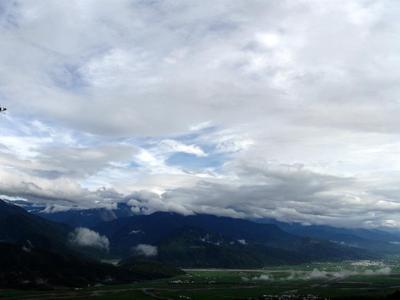 The group then went down to Chishang to taste their special rice lunchbox and watch the endless rice fields. 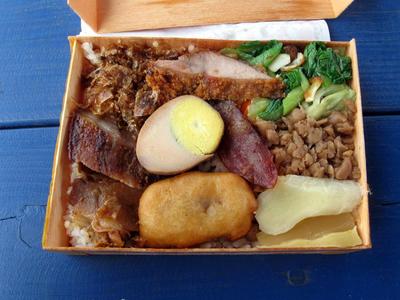 At that point I said my farewells and started heading back to Tainan, not before visiting the last spot in the area – the Loshan Scenic Area that hosts a 150m waterfall. 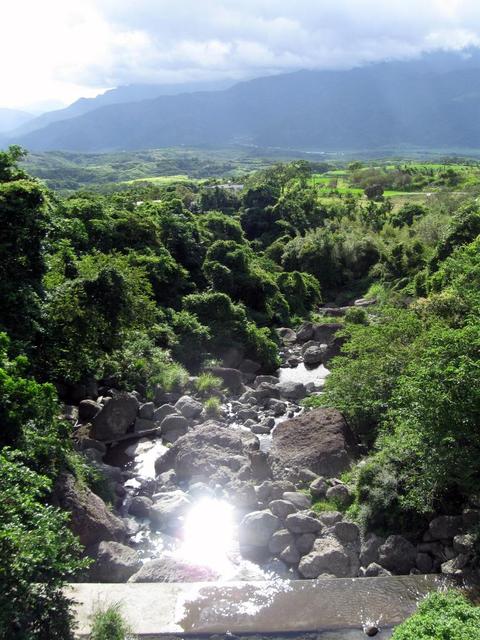 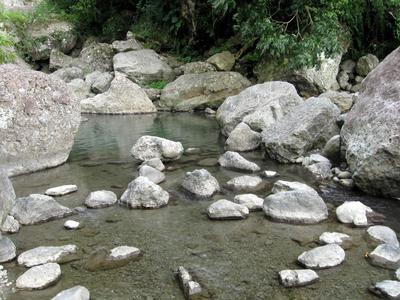 That concludes the East Taiwan tour. Hope to visit there again soon.