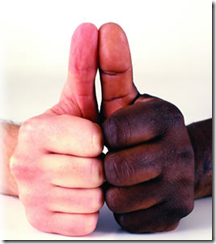 YES YES  YES! It is unbelievable how rude some people can be! Between us, we speak 6 languages. Believe me, we understand what is said about us right in front of our faces. Horrid people are few and far between, but they make themselves known.

Yes. Common stereotypes are ingrained in many peoples minds from all sides. This is, unfortunately, unavoidable.

my wife has told me that when she’s out alone with our son that younger Taiwanese (usually guys aged 15-25) tend to give her a sneering look.  Women of all ages and older Taiwanese males seem more interested.  Generally people are very accepting.  I think the experiences she’s had of sneering young boys is more of an international thing amongst young males.  They tend to see any "intrusion" of "foreign" males into their female population as a threat. She doesn’t experience this when I’m with her.

Somewhat. People in Taiwan thinks that people in China are rub, aggressive, LACK of culture. In fact, they are rub and aggressive because they express themselve by or put their thought into a very direct way, which is just too much.

at the beginning of our relationship, yes, amoung other internation students.

Yes. Many people don’t undstand why I marry a Thai guy! :p  People tend to look down Southeast Asian. They are under the impression as under-developed/uncivilized.

Not face to face and not regarding this particular relationship, no. But I have seen people in online chat rooms criticize foreigners for ‘stealing the local women’.

When I brought my boyfriend back to Taiwan, a lot of people were looking at us directly. That was very impolite and annoying.

Yes.  My grandma said, "why would you do such shameful thing even if you have gotten a PhD degree?"

Yes. Some of my family in America does not approve of me dating someone who is not white. My boyfriend’s family mostly just worries about possible problems that we may encounter. In Taiwan we are mostly a novelty. In America a lot of people are a bit hostile. In primarily Caucasian suburbs people will sometimes be rude to him, and when we are together in Chinese areas of Chicago, a lot of people will be very rude to me.

not that serious but i’d say probably yes. some people would ask weird question like ‘why would you be with foreigners?’ or ‘be careful, they are always playing around.’ and when we are walking in the street, people would stare at us (me) with a very strange sight…like I’m not supposed to be with brown people.

i feel like i get thrown in the derogatory stereotype of "sarong party girl" just because i date a non-asian. but i would have done the same to any other girl i see on the streets dating a non-asian. maybe it’s just my own discrimination towards cross-cultural relationships of this kind.

SURE!!!!!!!!I have been…  Some Taiwanese guys asked some vulgar questions after they knew my boyfriend is Canadia. For explame:[do you just like his big c#ck?]  Some Taianese guys said:[oh,you are wester c#ck crazy].

Not to my knowledge.  Her father will disapprove, her mother wont like it but will approve.

probably, but i do not waste time dwelling on that which i can not correct or does not affect me or mine.  you see the looks or hear the snide comments, but inside you just laugh.  i am lucky to have found my mate.

Yes, all the time in Fiji. We had people push us off the sidewalk and call out to me and assume that I was just a white tourist that wanted a Fijian guy for the "night"  Also, my parents do not approve of his skin being dark and being from a different country.

Plenty of times!!!! I married out of our noble blood and that was it! According to these people who look down on me, i am no longer one of them. They see the exterior and not interior.

Yes, a former boss, called us the "Odd Couple". I still do not understand why…   My partner’s family thought at the beginning of our relationship that I wanted to be with him because he is a US American citizen and I wanted his citizenship. They relaxed when they found out I had the US citizenship before knowing him.

No, none of which I am aware.

Not that I’m aware of.

Not that I`d know of.

not that I know of.

No. You need to act with pride with where you from and being who you are…

Not as far as I know, but in the early stages of the relationship, I was somewhat tentative about disclosing the race of my partner because I am aware of the stereotype that surrounds my own situation.

Nothing major, yet. Matt and I certainly get more attention than the typical couple, and we get lots of questions about it too. We get a lot of curious stares, and I’m sure some people are thinking negative things, but so far, no one has said anything to me that seemed blatantly discriminating. When Matt and I go to China, however, I am sure we will experience more discrimination there.

Just an FYI… My son is a 'Hapa',though he's not into labels. But he, and his friends,all prefer 'White' girls. I prefer Asian and Latina women myself. Whatever gets ya through the night,I guess.

i know its crazy when people do that. and scare too so be carefull talk to the people some people are really mean and rude. anyway . iam single and just start dating nice white lady but iam black and her family dont like me. and she likes me so iall wait and see what will happnd and i will let you know