After a few days in Kyoto roaming around you’re bound to experience some major temple fatigue. Unless you’re a tourist well versed in the subtleties of Zen, Buddhism and Daoism at some point they’ll all get blurred into a mish-mash of temples. Nara, the former ancient capital of Japan, offers much of the same thing but with one major twist – it has deer.

There are different stories about where these deer came from and why they’re there, but it doesn’t matter – they’re adorable and the tourists love them. They roam around freely through the area of Nara Park and vendors sell biscuits that tourists buy to feed them. 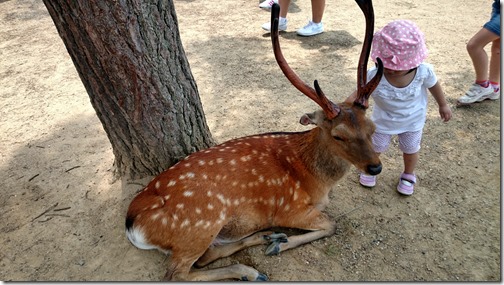 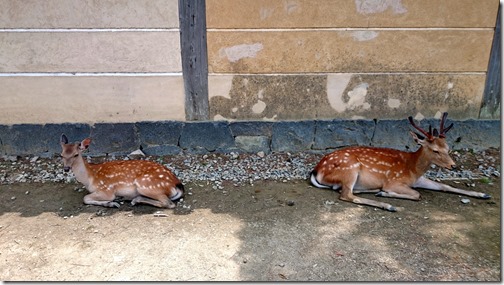 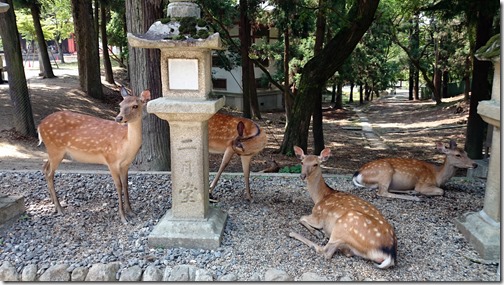 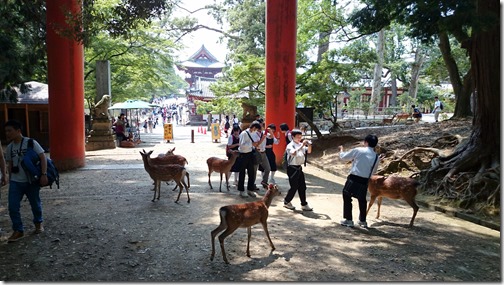 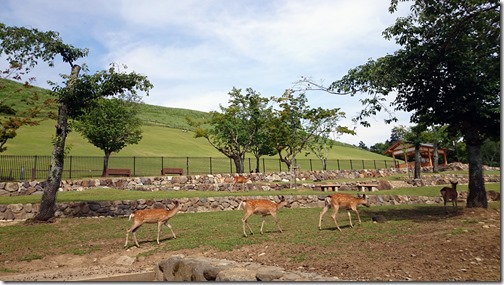 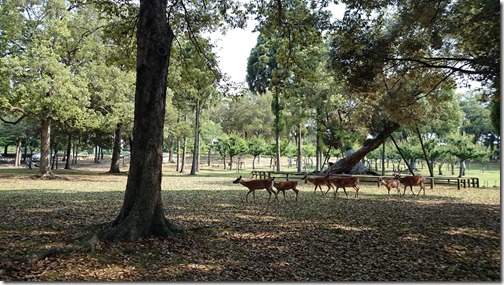 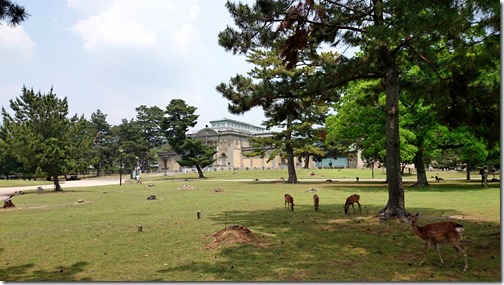 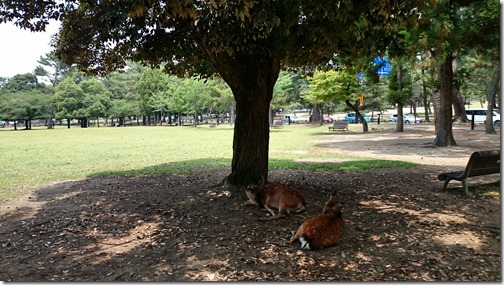 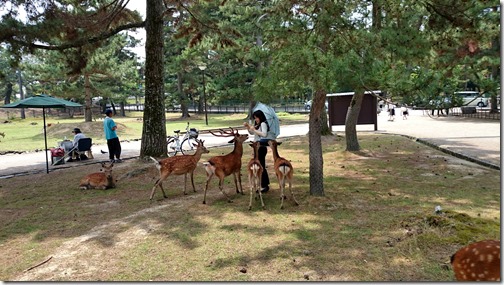 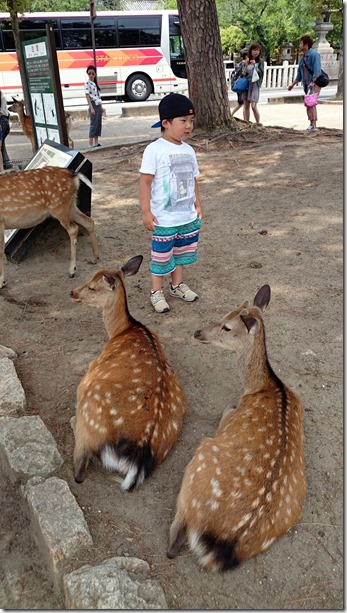 According to the legendary history of Kasuga Shrine, a mythological god Takemikazuchi arrived in Nara on a white deer to guard the newly built capital of Heijō-kyō. Since then the deer have been regarded as heavenly animals, protecting the city and the country.

and the Japan Guide adds:

The park is home to hundreds of freely roaming deer. Considered in Shinto to be messengers of the gods, Nara’s nearly 1200 deer have become a symbol of the city and have been designated a natural treasure.

Like the deer on Miyajima, Nara’s deer are surprisingly tame, although they can be rather aggressive if they think you will feed them. Deer crackers are for sale around the park, and some deer have learned to bow to visitors asking to be fed.

More about Nara to come…