In what is probably one of the strangest tourist attractions I’ve been to, the Coral Castle near Miami just might be a tourist trap you’d want to fall into to. Not being able to decide if this was a hoax, a joke or a real historical attraction, I decided I should go have a look. After all, having visited zoological / art / science / holocaust museums in numerous places around the world, it’s understandable that I’m feeling the need for something a bit different?

Briefly, somewhere down south from Florida is a "castle" made from coral blocks weighting several tons, allegedly built by one strange person who was seeking heart-broken solitude – Edward Leedskalnin. The story goes that Ed, having being dumped by his 16 years old fiancée the day before the wedding in Latvia, set off to the US to spend the next 28 years of his life building this coral castle and living in seclusion. No matter what you believe of this story, it is a fascinating personal tale and a ‘castle’ made of corals and how this person lived there for years is remarkable enough by itself. 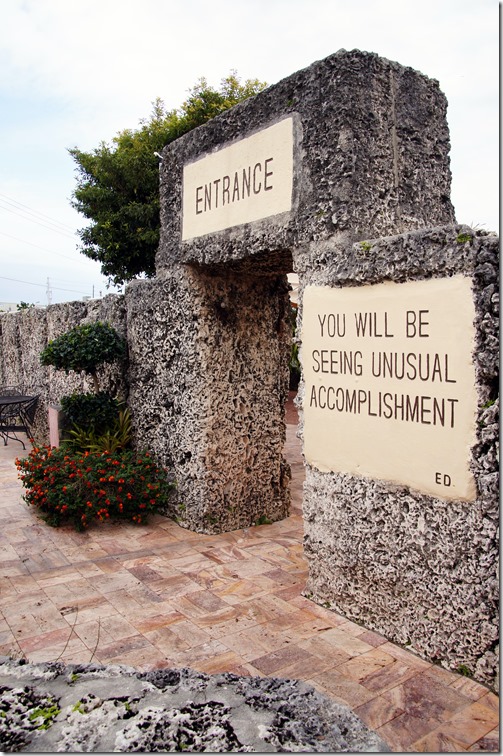 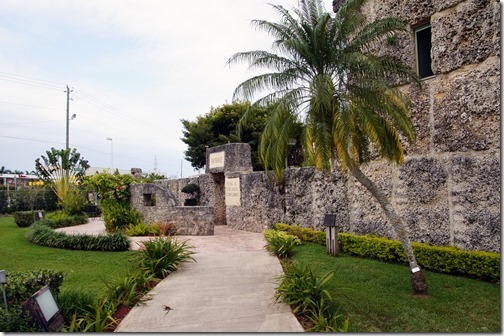 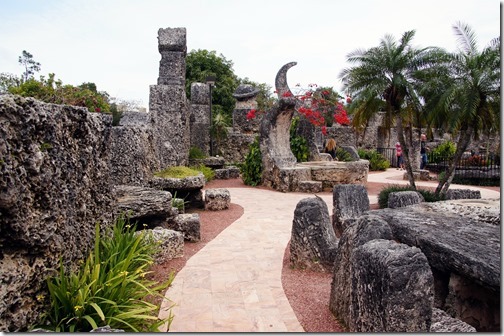 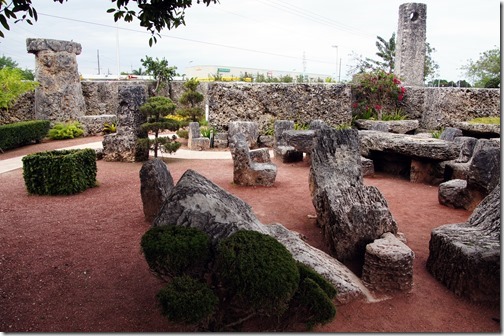 As you can see, it’s pretty basic, but there’s some beauty to it all. You’ve got chairs, fountains, beds, fences, walls, doors, everything you need to pass 28 years of your life mourning lost love.

Want to know a bit to technicalities about the castle? Wiki has some stats for you :

The grounds of Coral Castle consist of 1,100 short tons (1,000 t) of stones in the form of walls, carvings, furniture and a castle tower. Commonly referred to as being made up of coral, it is made of oolite, also known as oolitic limestone. Oolite is a sedimentary rock composed of small spherical grains of concentrically layered carbonate that may include localized concentrations of fossil shells and coral. Oolite is found throughout southeastern Florida from Palm Beach County to the Florida Keys. Oolite is often found beneath only several inches of topsoil, such as at the Coral Castle site.

The stones are fastened together without mortar. They are set on top of each other using their weight to keep them together. The craftsmanship detail is so skillful and the stones are connected with such precision that no light passes through the joints. The 8-foot (2.4 m) tall vertical stones that make up the perimeter wall have a uniform height. Even with the passage of decades and a direct hit on August 24, 1992, by the Category 5 Hurricane Andrew, the stones have not shifted.

Many of the features and carvings of the castle are notable. Among them are a two-story castle tower that served as Leedskalnin’s living quarters (walls consisting of 8-foot high pieces of stone), an accurate sundial, a Polaris telescope, an obelisk, a barbecue, a water well, a fountain, celestial stars and planets, and numerous pieces of furniture. The furniture pieces include a heart-shaped table, a table in the shape of Florida, twenty-five rocking chairs, chairs resembling crescent moons, a bathtub, beds and a throne.

With few exceptions, the objects are made from single pieces of stone that weigh on average 15 short tons (14 t) each. The largest stone weighs 30 short tons (27 t) and the tallest are two monoliths standing 25 ft (7.6 m) each.

The Coral Castle remains a popular tourist attraction with various pop culture speculations regarding how Leedskalnin was able to construct the structure and move stones that weighed many tons. The Coral Castle site states that "if anyone ever questioned Ed about how he moved the blocks of coral, Ed would only reply that he understood the laws of weight and leverage well." He also stated that he had "discovered the secrets of the pyramids", which of course could be interpreted in either esoteric or engineering terms.

As you can see, it’s a bit unconceivable that a single person did all that and moved all those stones, even if he did indeed discover the secrets of the pyramids.

Whatever the truth is, it’s now a lovely place to walk around and ignite your imagination. 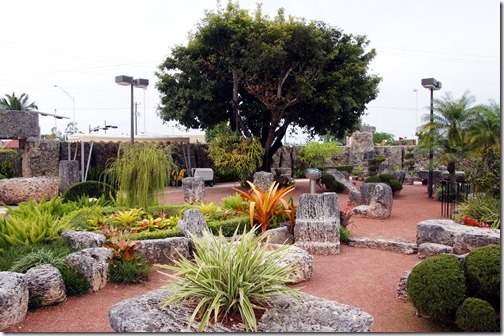 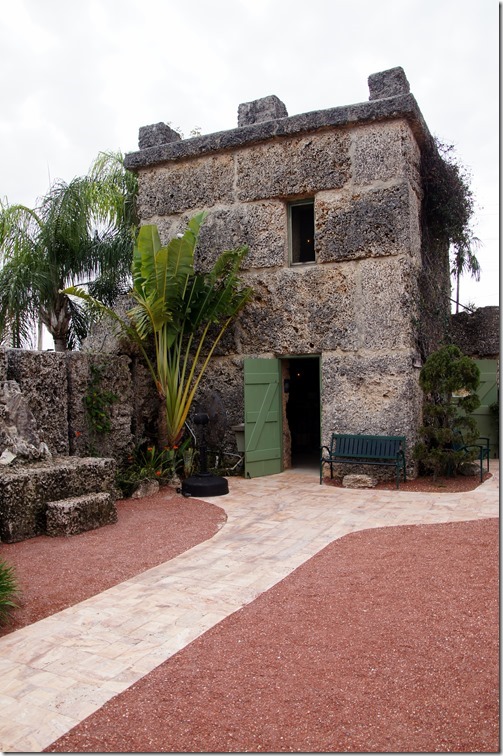 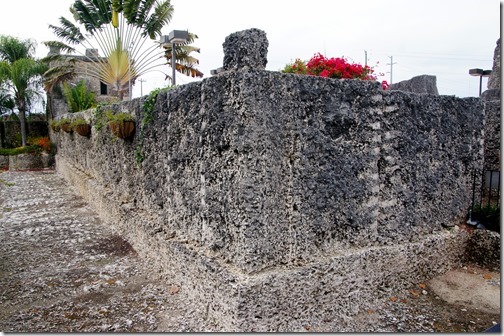 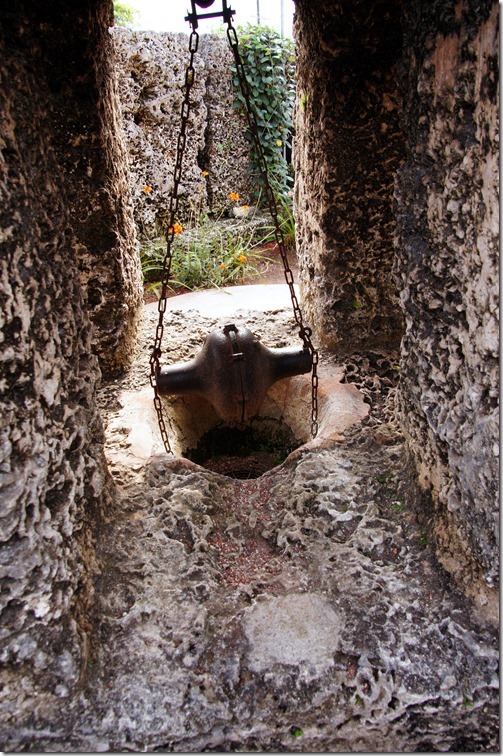 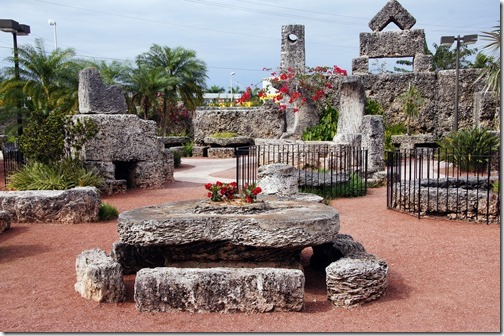 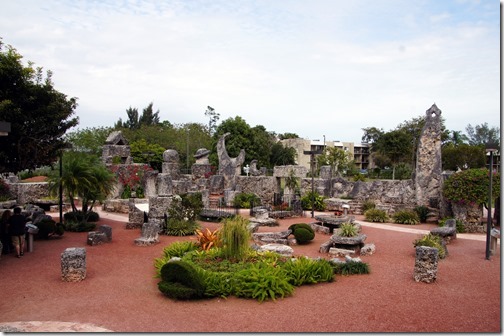 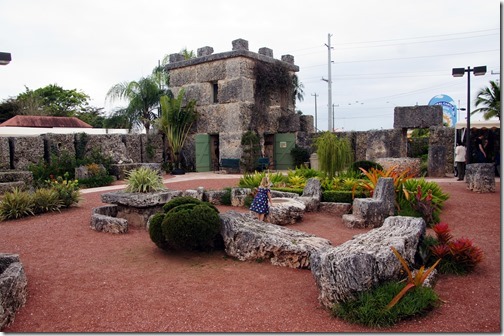 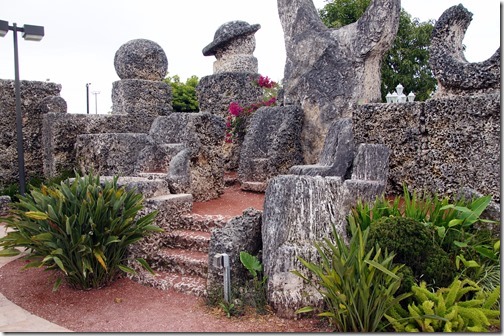 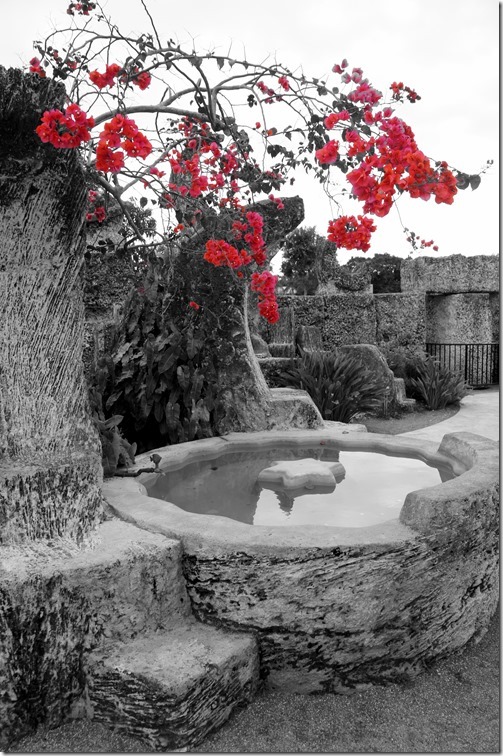 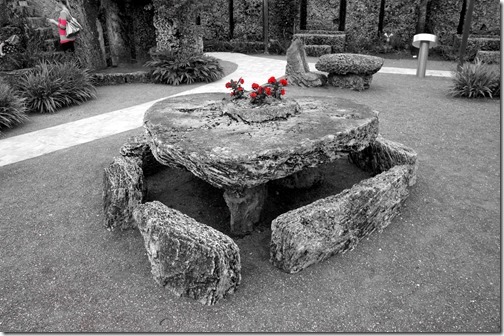 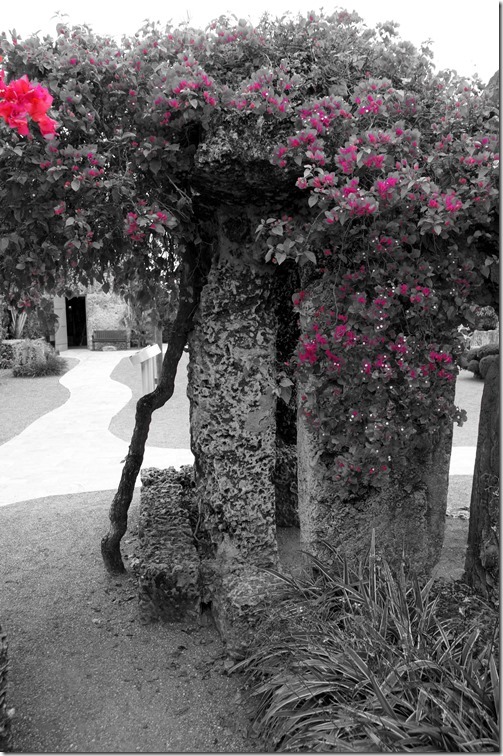 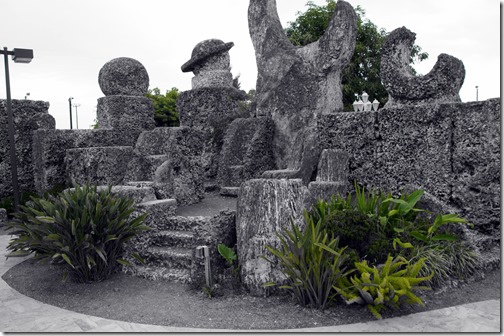 Love those small odd museums in the middle of nowhere.