The problem was I arrived in Valencia after visiting Barcelona, Girona, and Figueres, and so the charming old central area of Valencia was just, let’s say, okay. Sure, you get your lovely architecture, a grand cathedral, a lively local market, and some local museums, but I was hoping to see something in Valencia that would surpass what I’ve seen so far in my travels of eastern Spain. On my last day, after checking out from my hotel, I had a few hours before the train taking me down to Alicante, and so I decided to go have a look at a museum area called City of Arts and Sciences. I expected another commercial museum area like many others I’ve seen before, but when I arrived I was completely blown away. What is this thing?

Really funky architecture, something that you can’t really ignore. The complex includes a science museum, an art gallery, a planetarium and IMAX, open-air oceanographic park aquarium (largest in Europe, I’ve been told), and an opera house slash concert hall. You can spend a few days just going through the attractions in this place, but I was only there for the architecture, and my goodness, it’s something you need to see if you’re in Valencia.

What’s so impressive? Well, have a look… 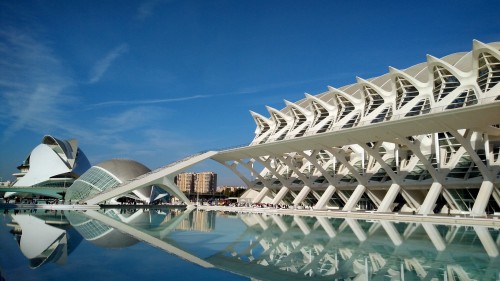 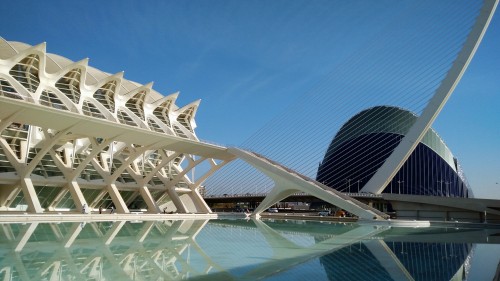 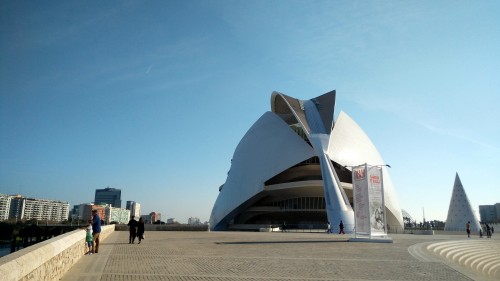 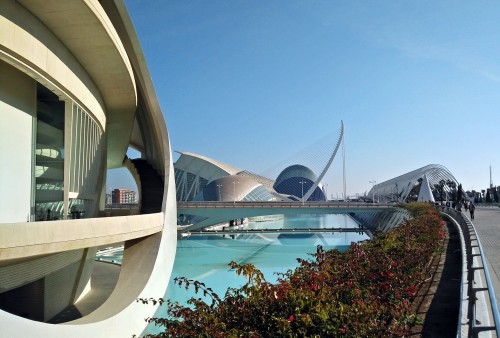 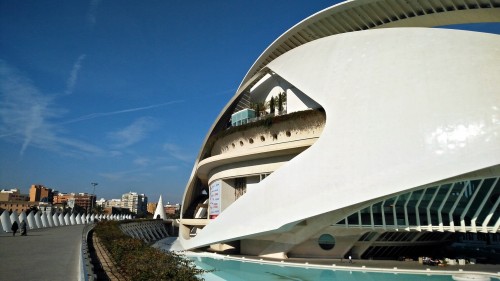 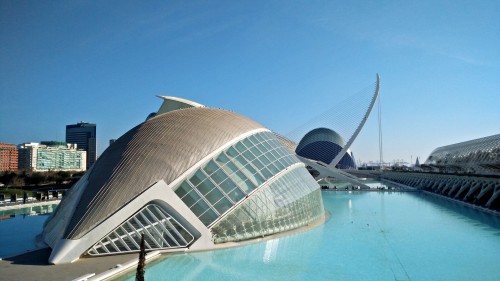 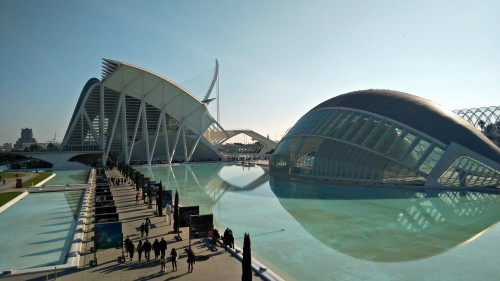 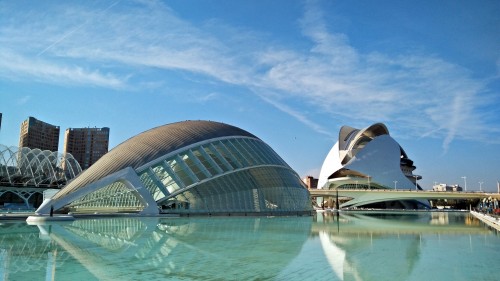 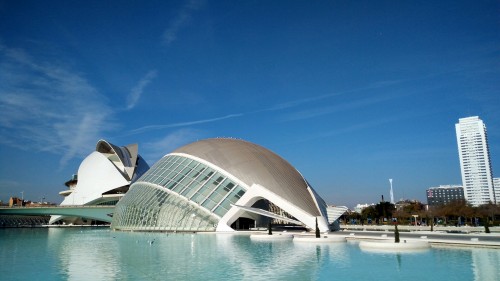 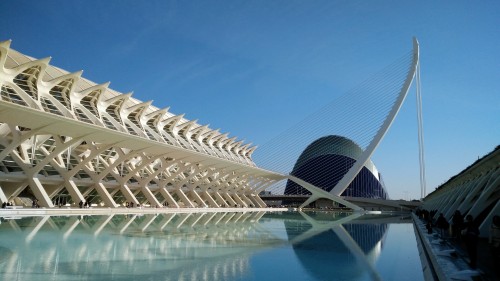 Have you ever seen anything quite like this? I haven’t, and I’ve been around. It’s the kind of thing that really transforms a city and boosts science and art life. Way to go Valencia, you blew Barcelona and the rest of the city competition away in the category of “WTF sci-fi architecture”.