Château of Vincennes on the eastern outskirts of Paris is different than most other Châteaus I visited in France. It’s more a castle than an estate, instead of gardens you’ll find a grand cathedral, and unlike any of the others it has a 52 meters high tower meant to keep the royal family safe in case of an attack. Yet, what can keep enemies out can also serve to keep someone within, and so the castle also later served as a royal prison for castaways from the royal court. Dating back to as early as the 11th century, this place has quite the history, and with the huge park and the proximity to Paris, I found it one of the nicest off the beaten track attractions I had the pleasure of visiting. 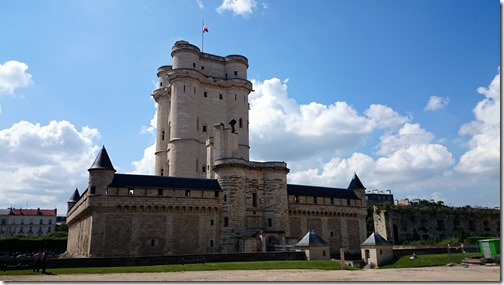 In the east of Paris, in immediate proximity to the floral park and zoo of Vincennes, which is currently under renovation, the Château de Vincennes is one of the most extensive and best preserved fortified castles in Europe.

The Château de Vincennes is a fortress that was erected between the 14th and 17th centuries. It is the most extensive French royal castle still in existence. Due to the height of its keep, 52 metres, it is also one of the tallest fortresses on the European plain.

For that matter, this fortress looks more like a vast fortified city or a “fortified royal residence” than a fortified castle. Indeed, from early on, the castle’s purpose was to shelter, during long periods, the royal family and its entire domestic staff, part of the kingdom’s administration and the necessary army for its defence.

It is composed of a long surrounding wall, protected by three gates and six 42 metre-high towers, which stretches around over more than half a mile and which protects a rectangular space of several acres. This interior square holds the keep, the civilian, administrative and military buildings and a chapel. In the Middle Ages, all of these elements together made it possible for several thousands of people to live here.

The keep, a fortified stronghold of its own

The keep was conceived to shelter the king of France in case of danger and is a stronghold in itself. A wide moat, a small castle and two drawbridges ensure its defence.

Construction work and improvements of the château continued under the Valois. Henri II, who had transferred the seat of the Order of St. Michael to Vincennes, entrusted the completion of the work on the Holy Chapel to his favourite architect, Philibert Delorme, and the chapel was finally inaugurated in 1552. Louis Le Vau constructed the King’s Wing and the Queen’s Wing for Louis XIV. The Queen’s (-Mother’s) Wing was erected in 1658 and the King’s Wing in 1661.

The château was definitively abandoned as a royal residence when the King elected Versailles as his new home (around 1670). At that time the keep had already been transformed into a State prison for high-born prisoners.

The immense Château de Vincennes is currently the subject of significant renovations and attracts plenty of visitors.

Let’s start from the southern entrance coming in after a stroll in the park, approaching the cathedral. 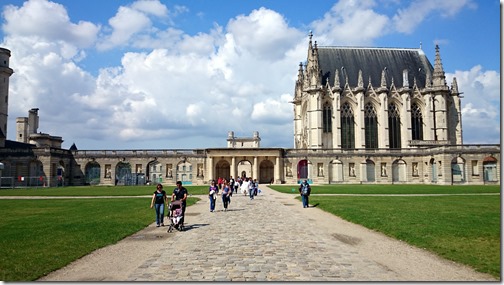 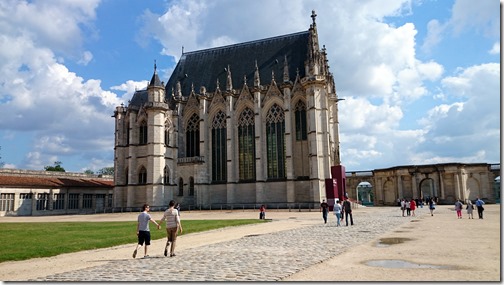 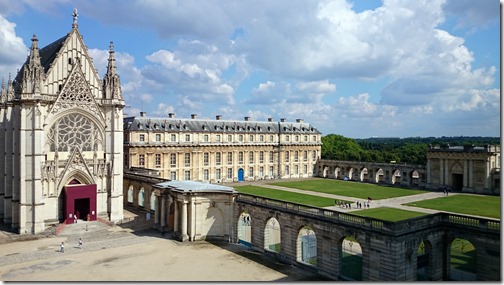 After you get your tickets close to the northern gate… 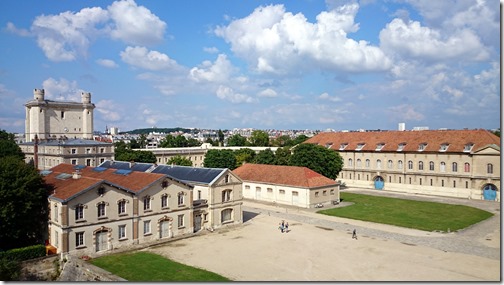 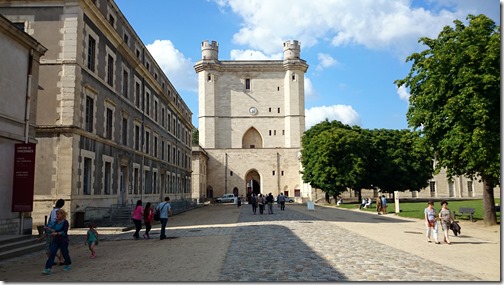 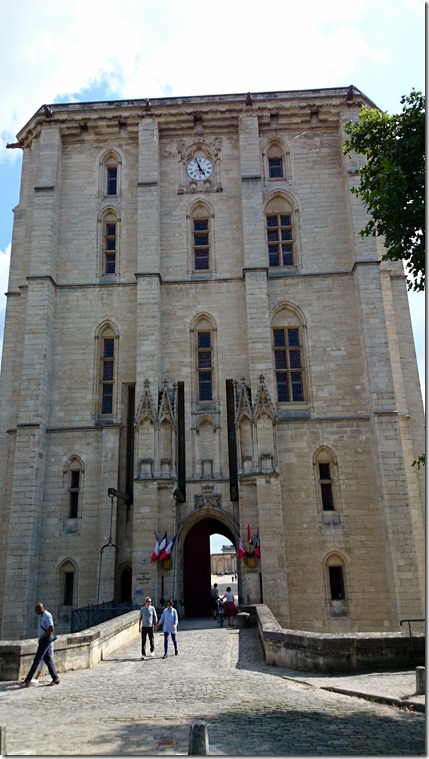 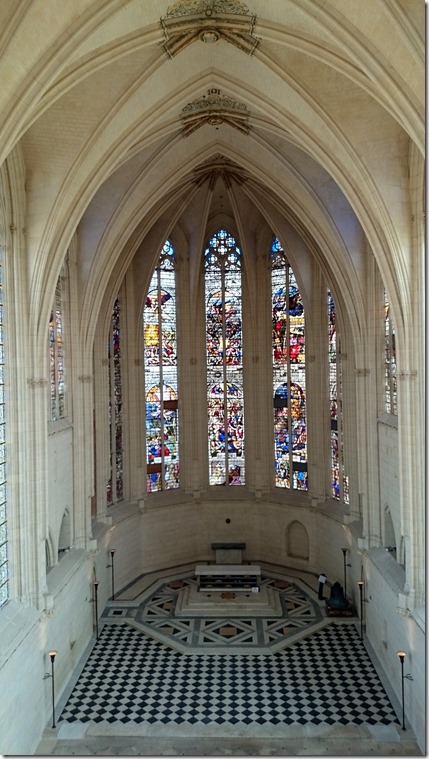 And then, in the castle we go… 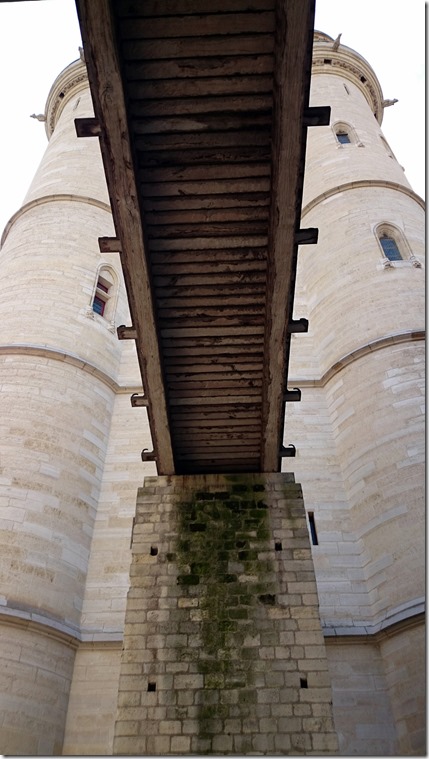 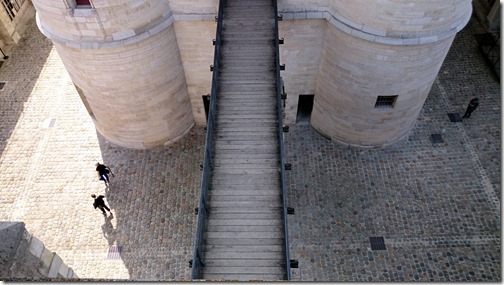 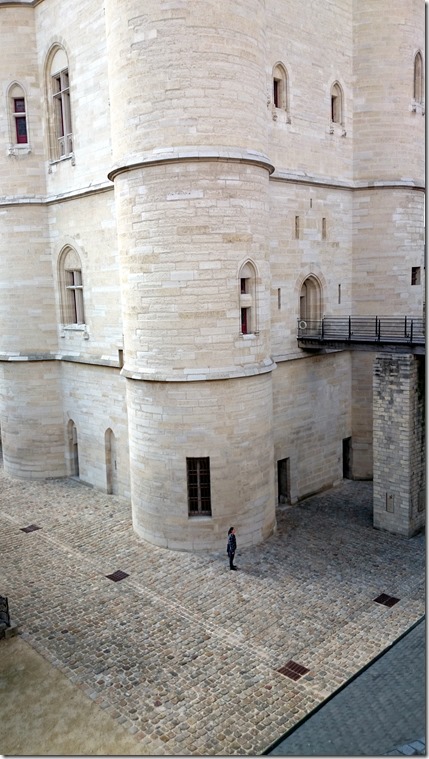 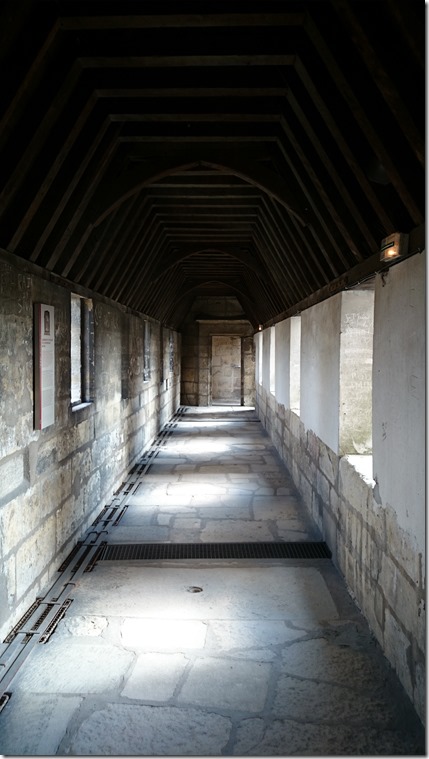 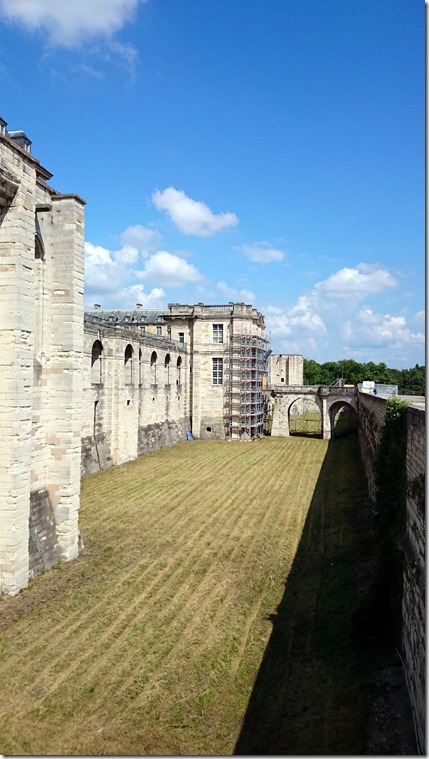 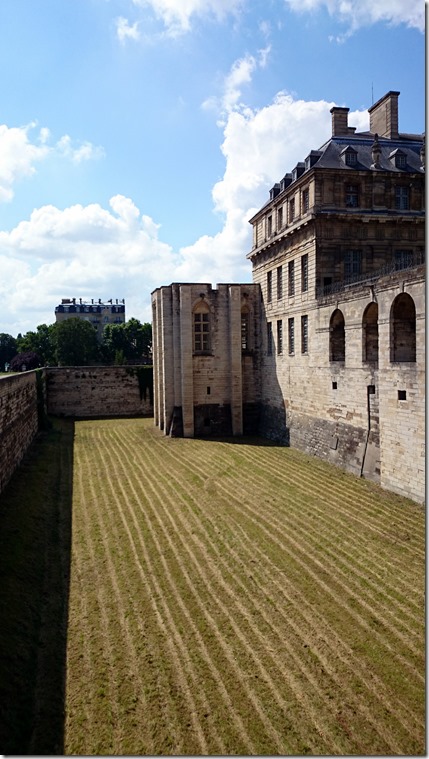 A few stairs up and down, the whole place doesn’t take more than half an hour to see.

Nearby is the lovely Bois de Vincennes park… 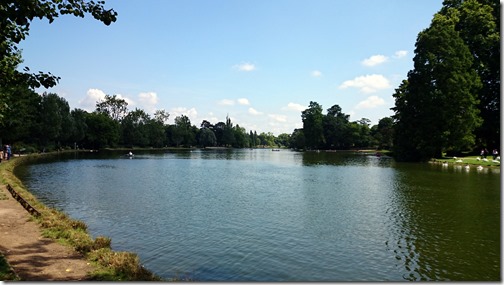 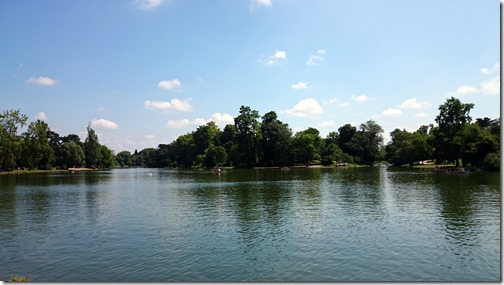 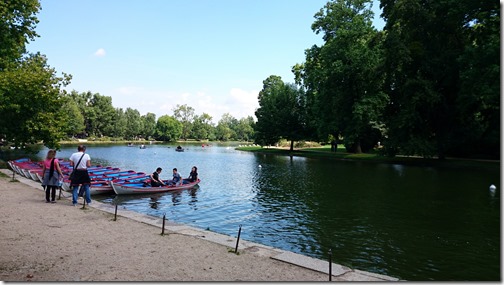 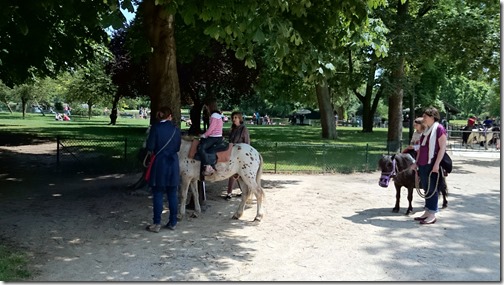 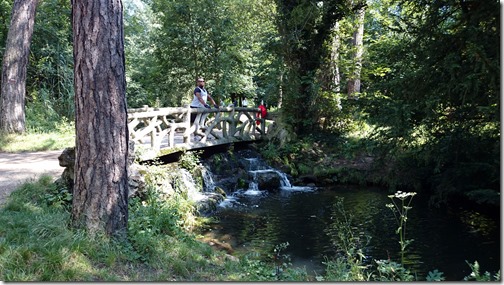 Though the day I actually started at the "Coulée verte" with the Promenade plantée, which gave New York’s high line inspiration. 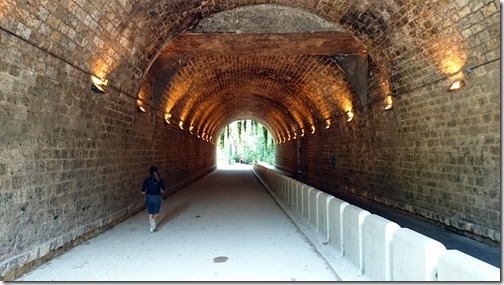 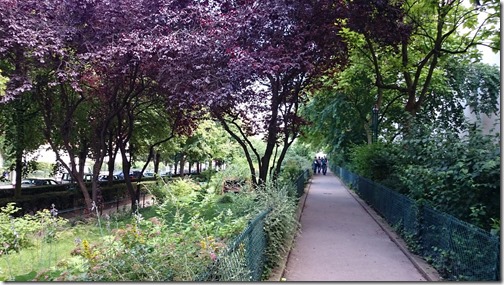 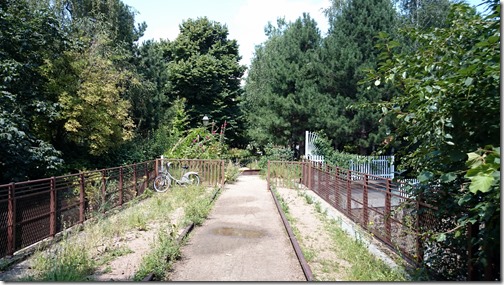 The Promenade plantée is definitely not a must, but if you’re living in the area and looking for a nice stroll, then you can check it out.

A wonderful day at the outskirts of Paris. Lots of history, wondrous castle architecture, a grand park, what more can I possibly ask for?