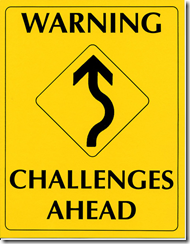 What are the main difficulties and challenges of being in a cross cultural relationships?

Being rejected by the other person’s family due to not being a member of the culture can be a problem for some; I had encountered that in a previous relationship but not this time.

Inconvenience to communicate with families.

It sometimes makes it difficult for us to have the same friends. While we can use pidgin language to talk about things like the news or make jokes when it’s only the two of us, when we’re out with a group of Taiwanese or Americans, one of us will always be a little out of place because of the language barrier.

especially when different religions are involved, religious conversion, upbringing of children, marriage, communication with parents-in-laws are the biggest issues for me. it’s a total uphill battle. especially when either side are very firm in their beliefs and refuse to budge. relocation and immigration issues are also big if in different countries.

Not understanding how her parents think/view life.  Its completely different than my own parents

Apart from language barriers, I could imagine, once it as serious as marriage, the issue that most of the relatives can’t communicate with each other

Getting your parents to understand

Relatives – especially parents if you are in you 20’s -as some cultures assert the external role of the family into the relationship. This can feel like an intrusion, and it may be difficult to set a compromise with family emembers and what you want for yourself in a relationship.

It is mainly social customs and whether the children will truly adapt. If they face a bad experience, say, are treated poorly by the local children in their mothers’ native land, they may be put off by that culture leaving one parent feeling outcasted. In a culture where caste matters, marrying out of noble blood can mean being treated in a really bad way both privately and publicly regardless of how good your character may be. Being excluded from social events, both grandparents, parents and grandchildren. This stigma can have long-lasting effects on the family and sometimes, we can be threatened of being disowned or disinherited, as is common in the north of Asia! My parents were stuck in a dilemma whether they keep me and lose their family or they keep them and lose me. Thankfully, i have parents who care for me well but have being estranged from the rest of my ‘entire’ famiy really makes me feel guilty as my partners family are still together and have shown us immense support. I struggle as to how i will educate my children about my side of the family and have not family to take them too.

Family expectations. They choose to stay within their culture and do not have the same level of tolerance to deal with the cultural differences and do not understand why you act in certain ways.

long distance and where to locate to start a life together

being away from my family.

The other big problem we are facing right now is deciding where we want to spend the next few years. Because we both have strong ties to different countries, it’s making it a little hard to settle on a more permanent location.

if talking about getting married or long term relationship, i will have to leave my country since he is settling down in Singapore. and i think for most cross-cultural relationships which are also in long distance, the main difficulty will be ‘not knowing when will 2 meet each other’ and of course, money matters.

When you get together with your side of the family and some members hold prejudices or stereotypes about your significant other.

Assumptions people make about others in the same culture do not apply in cross-cultural relationships.

misunderstandings based on a lack of connection.

language can be challenging from time to time, no matter how good your english (or his mandarin) is. and cooking in my family poses as the biggest problem, since i only take care of my dinner, and he takes care of his.

Personally, I don’t think culture is much of a problem, but that may just be because I’m South African and cross-cultural relationships is a daily fact of life.  It’s not something I’ve ever given much thought.  I think language is more of a factor than culture when difficulties arise.

Just not knowing how something is implied, taking it wrong.

native languages.  the way language is constructed.  the way a person is taught to think in and of any particular situation.

Sometimes even if you are both dedicated to talking about something, sometimes it can just seem so impossible to get through to each other, to have the other person really understand your point of view. Language can get in the way of this too, because sometimes things are best expressed in a word that the other person does not know.

Usually periods while apart, it is impossible to share some ideas deeply based in one of the cultures, a threat that there will come a serious clash, which cannot be anticipated.

Differences that sometimes cause clashes in everyday situations.

I think it’s easier for us to surprise the other in bad ways than if we were both from the same culture.

The uncertainties to the futher.

Not being able to recognise when something is either cultural or just your partners personal traits.

I think the most difficult are the differences that occur in very important topics like traditional roles for women and men, views towards ways of raising children. If they are very different than it might be painful to have to choose.

When you grow up in two different cultures, it means you have two different mindsets, two different ways of thinking about things. This can cause problems, for example, when trying to solve problems, make decisions, resolve an argument, raise children, etc.

Now "go home" becomes too difficult to me. In here "home" means Taiwan.