Being in Asia, it’s been ages since I attended anything remotely Jewish related outside Israel. But the HKUST international undergraduate guidebook I got while listening on an orientation I wasn’t meant for, suggested that there is a lively Jewish community in Hong Kong and that it might be worth checking out as the Jewish Ohel Leah Synagogue is – get this – a UNESCO heritage site. 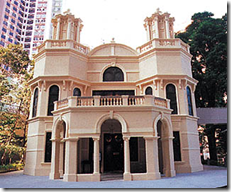 Constructed in 1901, the Ohel Leah Synagogue has served as place of Orthodox Jewish worship in Hong Kong for over one hundred years. The building is a significant representation of the Edwardian Free Baroque style and is one of few synagogues in Asia constructed during the nineteenth and early twentieth centuries that is still being used for its original purpose.

[…] The restoration of this building demonstrates how heritage conservation not only preserves the cultural life of a community but can also inspire a renewed sense of pride among its members. The building has retained its original use as well as scrupulously maintaining the original design of the structure – a design which has both symbolic connotations and historic associations. The quality of the restoration work, which was carried out to the highest international standard, ensures that the historic Ohel Leah Synagogue will continue to serve the community well into the future, as a living symbol of the city’s diversity and vitality.

So I went, on a Saturday morning, missing the time slot for the up-going mid-level escalators in Central, having to climb up a few hundred stairs the whole way there. It is, indeed, a very pleasant place to visit and not only for the architecture. Jewish people seem to have a sense of feeling like one big happy family and as I arrived there I was welcomed by the local Rabbi and a few members of the Jewish community. Some, I must point out, seemed relatively wealthy and perhaps quite well-known in the region. After their Saturday service, I was invited to join them to a fancy Saturday lunch with varieties of Filipino cooked Jewish style Kosher food served on a Chinese style dining table, had the pleasure of sitting next to a China-expert and his family, later receiving an invitation for a Friday night dinner for the following week.

Sorting out my new HK-ID that following Friday I spent some time wondering around the notorious Wan-Chai area and Admiralty during day time and spending time re-exploring the gorgeous Hong Kong Park. Oddly enough, there was a whole section of that park I completely overlooked before, which includes a pub/restaurant, a few galleries and a tea-museum.

I still can’t get used to having such a nice green park surrounded by monstrous skyscrapers, but this is the unique Hong Kong style, I guess. 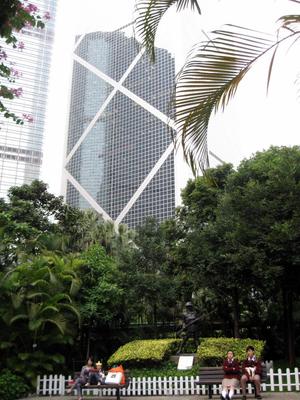 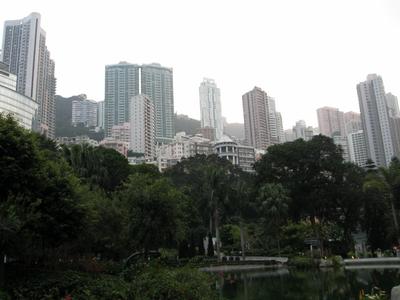 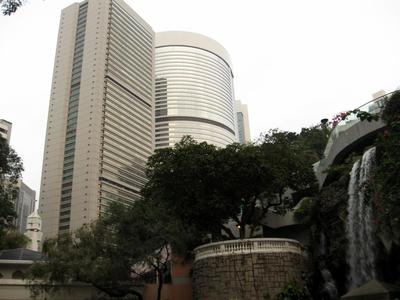 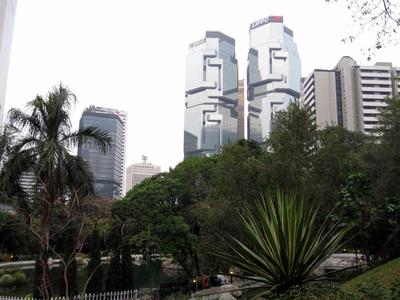 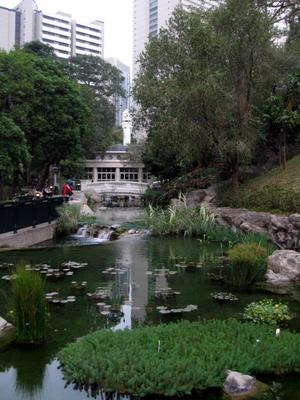 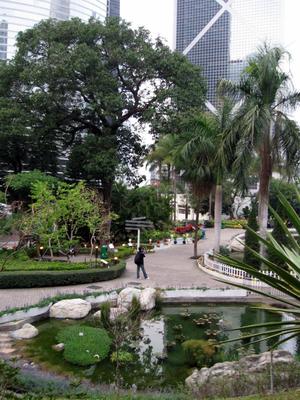 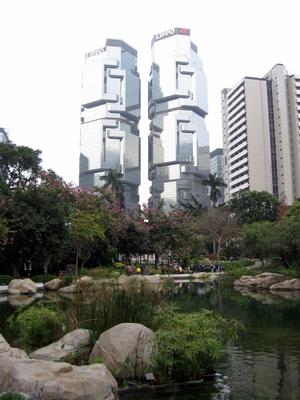 The park includes some beautiful artificial lakes, streams and waterfalls… 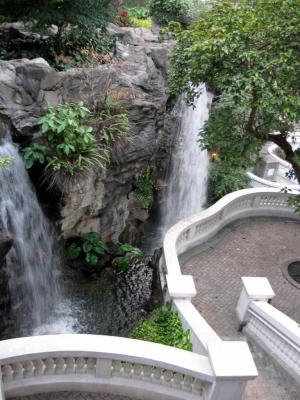 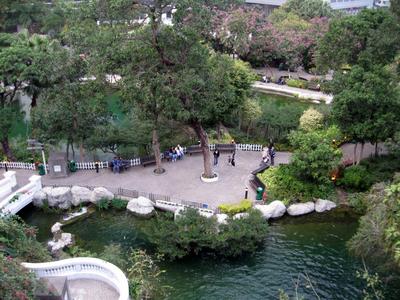 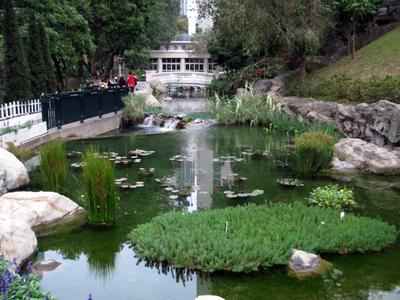 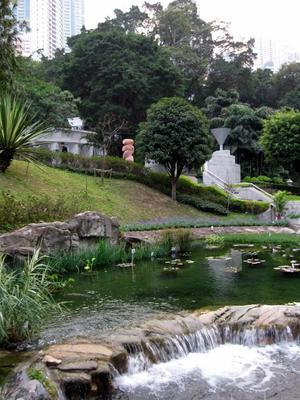 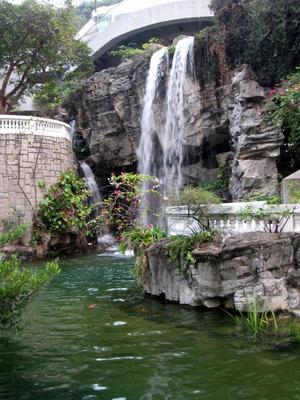 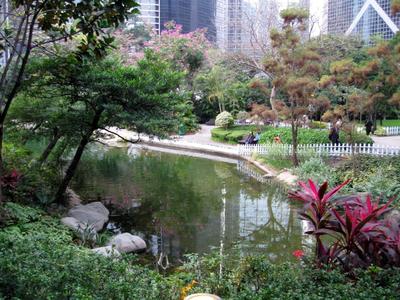 That day, the park was hosting a small exhibition of flowers … 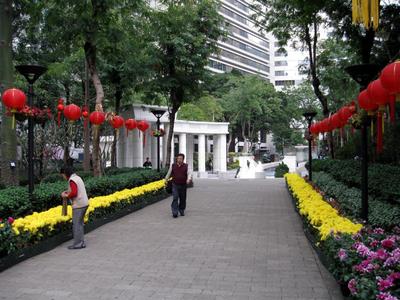 In the area, mind you, are some of the most posh shopping malls and apartment buildings I’ve seen anywhere in the world. People are usually dressed up in the most expensive brands/tailor-suits and drive cars that I’ve only seen in movies and magazines before. The kind of wealth that you rarely see in Israel (or Taiwan/Korea) but maybe not necessarily because people don’t have the money. The very enjoyable and delicious Friday night dinner that followed was somewhat of an eye-opening experience for me as to the standard of living the Central-HK residents have.

Summing up the first week of my stay in HK, I’d say I’m overwhelmed and generally impressed with most of what I see.

What I wouldn’t give to be looking up at a few skyscrapers like that! What are the buildings in pictures number 4 and 7? They’re funky looking.

John and I usually make a point of stopping by a few city parks to get a feel for things. Unfortunately, we never have much time to do this in Hong Kong. After seeing your photos, I’ll be sure to make it a priority on our next trip.

I’m glad to see you’re settling into your new life.