While walking around the old city of San Juan I noticed a curious little museum – Casa Museo Felisa Rincon de Gautier . Following the encouragment by the enthusiastic greet person on the first floor I followed a guide through the steps up to the main house where I heard the story of one Felisa Rincón de Gautier. Turns out, this lovely woman who occupied the house I was in was quite the lady, being the first lady mayor in the Americas. 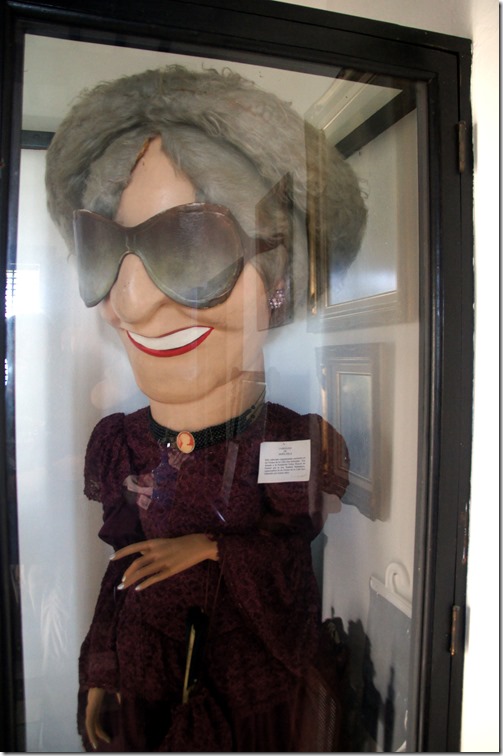 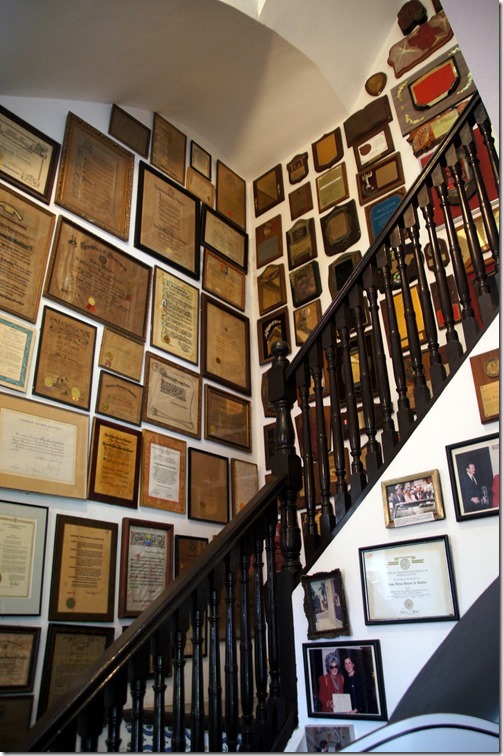 As you can see from the endless certificates on the walls leading up to the main rooms, she was quite the accomplished gal. Following her father’s footsteps, she became politically active early in her college years to promote women’s rights to vote, which in 1946 led to her being elected as the mayor of San Juan. Since then, she has taken various public office positions and both Latin America and the United States.

Her house was later turned to a museum to honor her name and showcase her somewhat extraordinary life. The museum’s official website writes :

Felisa Rincón de Gautier, known as Doña Felisa in her native Puerto Rico, was the first woman Mayor of a major capital city in the Western Hemisphere, serving for 22 years as Mayor of San Juan, from 1946 – 1968. She was a pioneer in the movement for women’s political rights, in establishing children’s pre- school educational day-care programs, and in establishing the first public legal and medical aid centers for the indigent. A leader and role model for Hispanic Americans, Doña Felisa also served as U.S. Ambassador of Goodwill under four American Presidents. She is one of the most prominent Puerto Rican personalities in the twentieth century and undoubtedly one of the most distinguished women in Puerto Rican history.

Through the force of her imagination, initiative and perseverance, Doña Felisa became one of the first women to vote in Puerto Rico, to assume a leadership position in a political party in the 1930`s and to be appointed to a major public office in the 1940`s. She broke the traditional barrier of predetermined sex roles when she was appointed Mayor of San Juan in 1946, a position she held with overwhelming popular support until January 1969. She was a model public servant and has paved the way for hundreds of women to enter the political process. She has worked tirelessly to promote electoral participation among Hispanics living in the United States mainland, actively campaigning in U.S. Presidential, Congressional and Municipal races since 1936.

Doña Felisa devotion to her country and promotion of values of integrity, democracy, and dedication form part of her life until she died in 1994 at the age of 97 years.

The museum, as well as the website, has endless tales of glory and fame – which are to be taken in perspective. But, still, it is all quite interesting and generally impressive. This lady certainly had style, and everything about this house shows that.

Frommer’s helps with  a bit of stats :

The museum that commemorates her memory is in a 300-year-old building a few blocks downhill from San Juan’s cathedral, near one of the medieval gates (La Puerta San Juan) that pierces the walls of the Old City. The interior is devoted to the life and accomplishments of Felisa Rincón de Gautier, and proudly displays some of her personal furniture and artifacts, as well as 212 plaques, 308 certificates of merit, 11 honorary doctorates, and 113 symbolic keys to other cities, such as Gary, Indiana, and Perth Amboy, New Jersey. Her particular areas of influence included child welfare and elementary education. Photographs show her with luminaries ranging from Eleanor Roosevelt to the pope. The oldest of nine children, and the daughter of a local lawyer and a schoolteacher, she shouldered the responsibilities of rearing her younger siblings after the death of her mother when she was 12. Today the museum illuminates Doña Felisa’s life as well as the reverence in which Puerto Ricans hold their most celebrated political matriarch. As such, it’s a quirky, intensely personalized monument that combines a strong sense of feminism with Puerto Rican national pride.

Aside from the great stories from the tourguide, this is some of what you can expect to see … 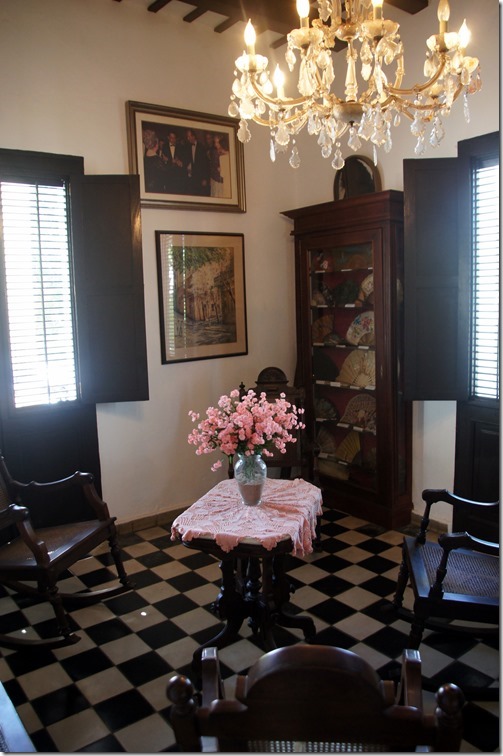 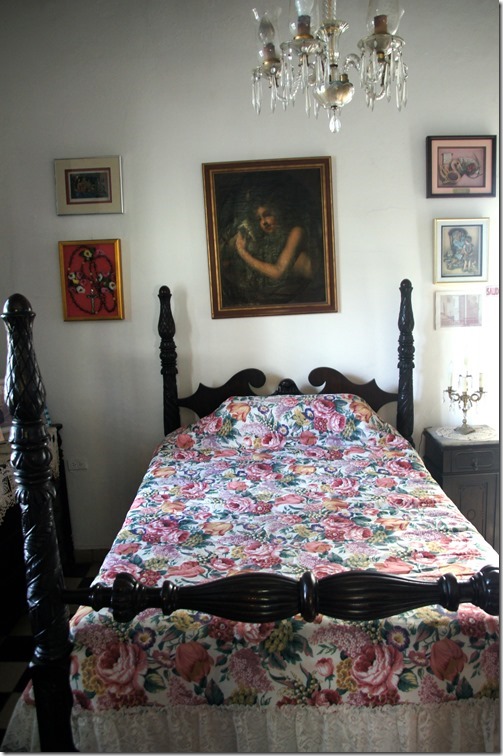 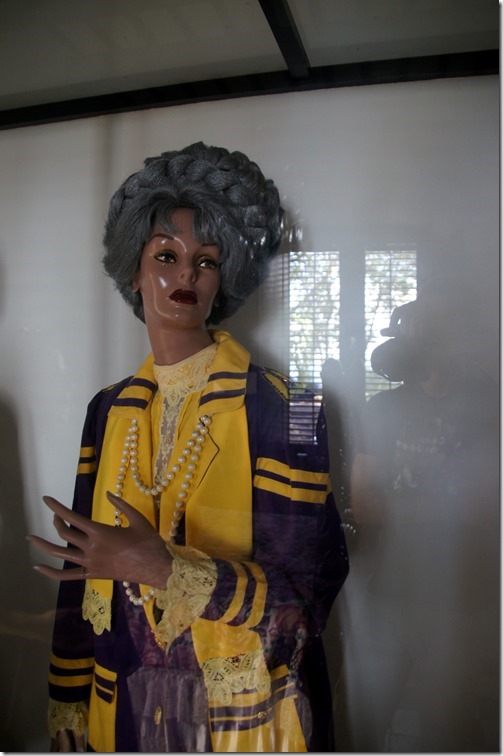 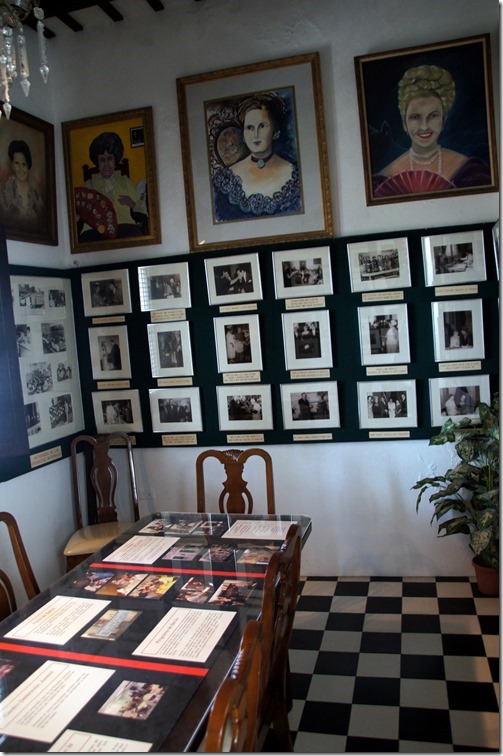 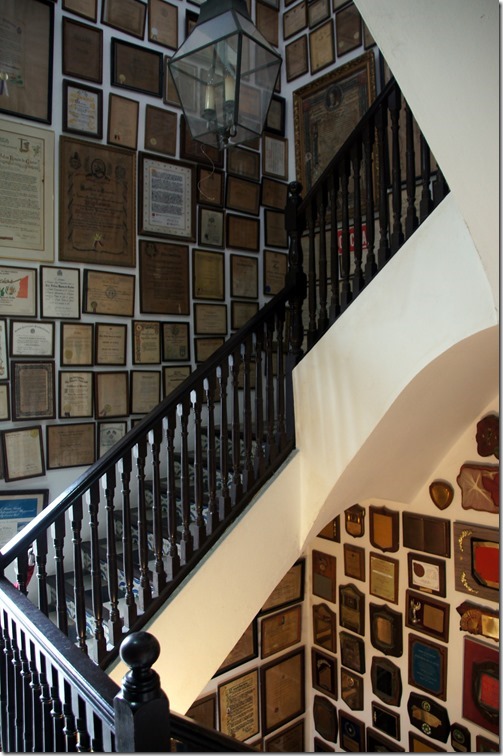 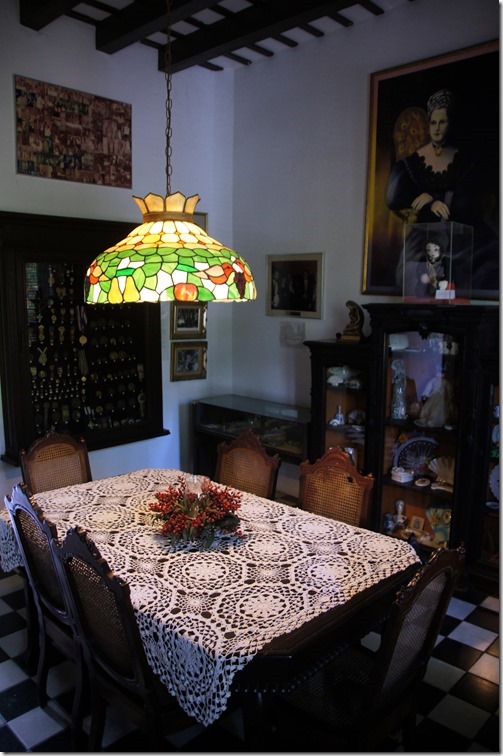 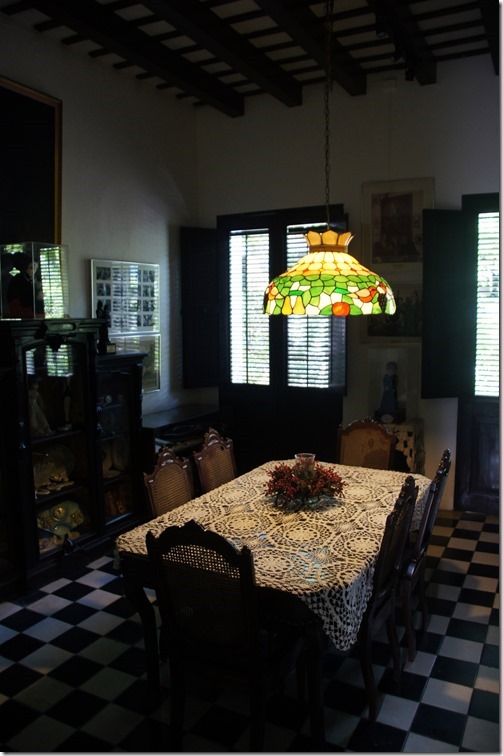 You’re not likely to find this little place in many English guidebooks, but if you’re already wondering around – might as well pop in for a visit. Was a lovely surprise at the heart of old San Juan.