At the heart of Ponce in Puerto Rico is a historical zone worth exploring showcasing truly magnificent historical buildings. I’ll take you in to see two of those to get a bit of the historical ambience – (1) Casa Armstrong-Poventud, and (2) Casa Wiechers-Villaronga. These are two lovely historical building with expert tourguides inhouse that take you back in time to show you how people used to live in Ponce back in the days.

One of the wonderful things about Casa Armstrong-Poventud is that it’s across the street from this spectacular church… the Catedral Nuestra Señora de Guadalupe. 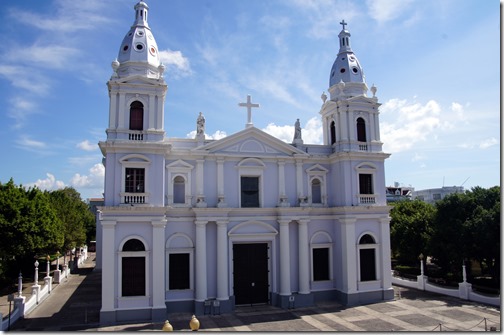 This is the forefront… (source) 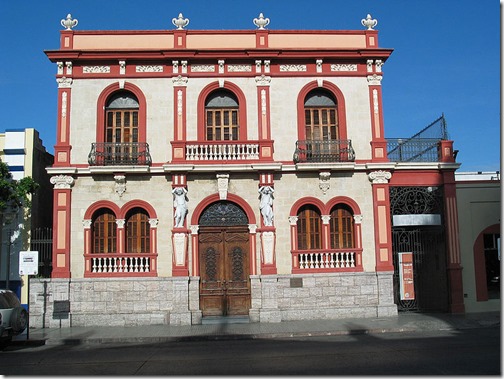 Wikipedia has the historical intro :

The Carlos Armstrong-Toro Residence is one of Ponce’s most famous houses. This structure was designed and built by Manuel Domenech, one of the island’s most distinguished architects of the late 19th and early 20th centuries. Some of Domenech’s designs include: the Asilo de Pobres de Mayaguez and the Residencia Batiz. Domenech, a public figure in Puerto Rico during the 20th century, built many noteworthy private residences and public buildings in San Juan, Ponce, and Mayaguez.

Mr. Armstrong-Toro was one of Ponce’s most distinguished citizens as well. He was one of the first bankers in Puerto Rico, founder of the Banco de Ponce and the Banco Crédito y Ahorro Ponceño. […]

Architecturally speaking, the Armstrong-Toro Residence is significant in the history of Ponce because it is one of Domenech’s most distinguished eclectic designs and probably the best known. Its unique caryatid-framed main entrance, its intricate ornamental details and its location upon the most prominent lot in the city of Ponce (across from the Cathedral and public plaza) have made this house a true architectural landmark in the city’s traditional urban core. As a result, many houses were built during the early 20th century with similar elements in a similar vocabulary, contributing to the unique historic district of Ponce.

And inside… a bit dark and simple, but fascinating. There’s a guide inside that happily explains the history of the family and the designation of the different rooms… 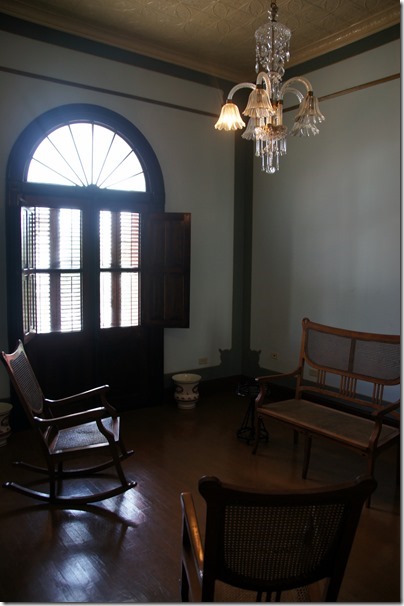 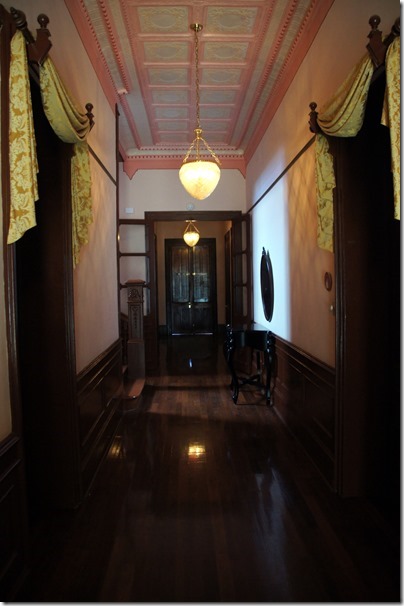 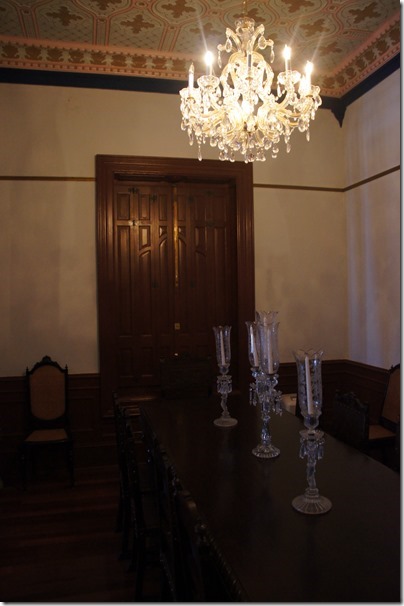 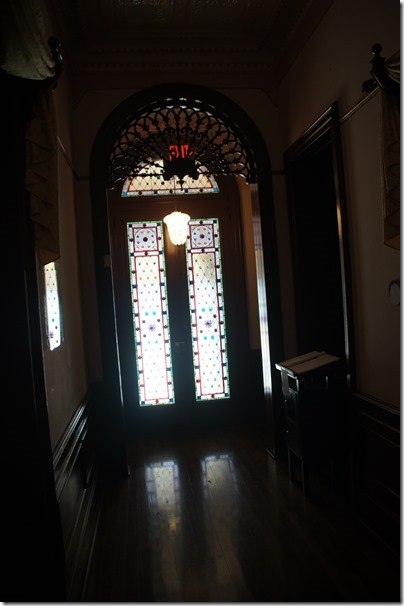 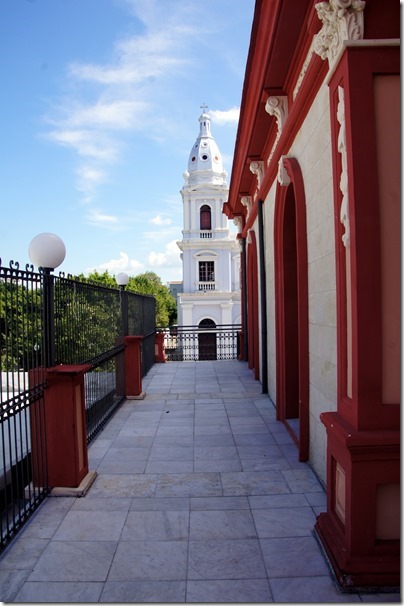 On to the next Casa, about 5 minutes away by foot… (photo source) 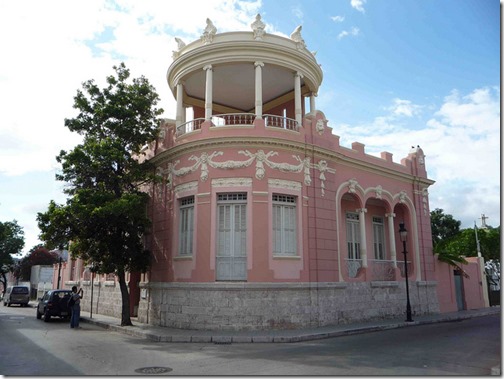 The Wiechers-Villaronga Residence was built in 1912 by Alfredo B. Wiechers, architect, for his own residence and studio, which he sold later to Mr. Gabriel Villaronga.  […]

The Neo-Classical influence is manifested in most of his buildings and particularly in the Villaronga residence for its richness and highly decorative details (pilasters, rusticated podium, cornices, "candelabra", relief and motifs, Ionic capitols, etc. are some of the decorative details of the Neo-Classical trend). The Villaronga Residence is an outstanding example of this style and is one of two residences still standing of a series of houses designed and built by Wiechers, so important to the architectural and cultural heritage of the city of Ponce.

Of special importance is the fact that all the furniture is original, including the bathroom appliances. Most of the furniture belongs to the Modernisme style (Catalonian Art Nouveau) and were imported from Barcelona, Spain. The hanging tapestry were painted by Librado Net.[3] 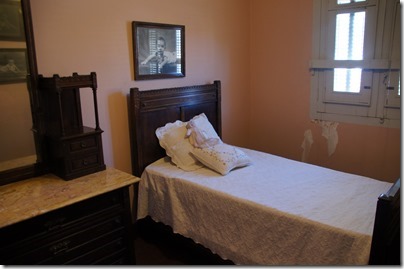 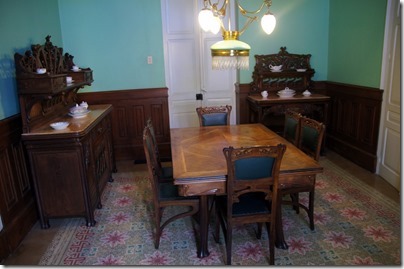 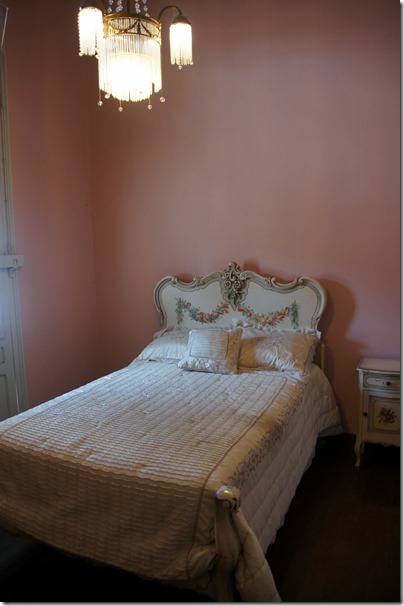 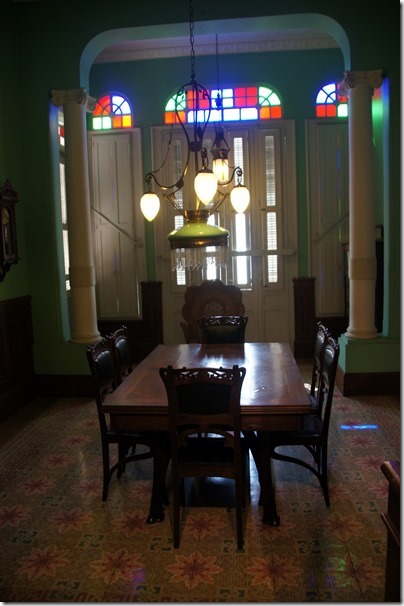 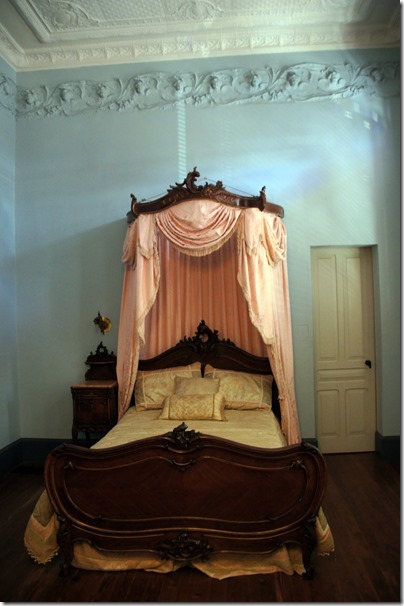 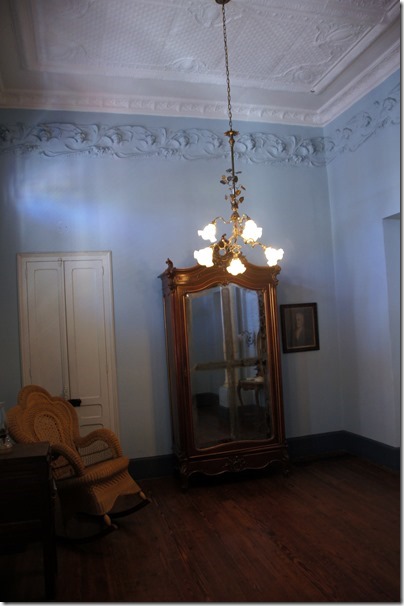 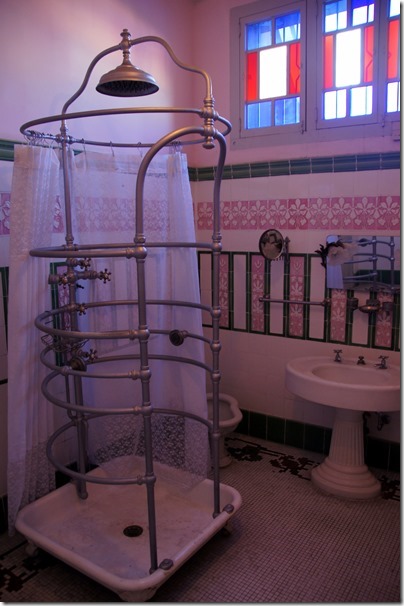 For a suggested walking tour of the area, pick up one of the maps in the tourist information center next to the church, or visit this website for more info.