We only made a very brief stop in Bitola for a few hours, but we still had time to stroll around the charming central area and visit one heritage area. 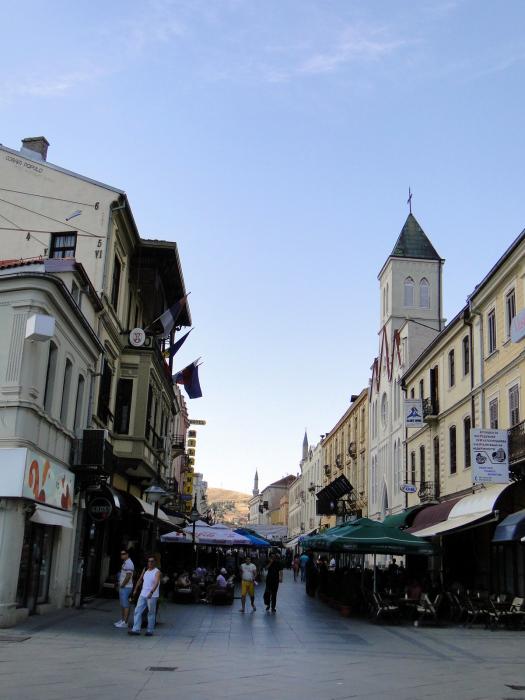 Wikitravel has a good intro:

Bitola is quite nice, and it is favourite city to the Macedonians, since it has most European atmosphere. It was a seat of consuls in the 19th century and with them they brought the European culture and influenced the local aristocracy, who started living in European fashon and building their houses in mixed neo-classical styles. Bitola is a nice place to visit since Pelister National Park is close, the ancient city of Heraklea is there, it has nice Ottoman architecture and 19th century romantic architecture, so some good examples of everything. It can all be done in a day including enjoying coffee on Shirok Sokak, but you have to put aside a separate day for Pelister National Park.

In our short visit we went through (credits to Wikitravel) …

Shirok Sokak Street (official name Maršal Tito) A pedestrian street lined with nice colourful romantic and neo-classical buildings. It is divided into three parts and even though the first part has the best preserved buildings it is worth walking all the way to the end. The street is very lively and lined with cafes which are excellent for relaxing and people-watching, especially since the girls from Bitola are known as the most beautiful in Macedonia and they love to parade up and down the street dressed in their sunday best. In the first section check out the Catholic Cathedral. Shirok Sokak ends with the old barracks, where the military academy where Ataturk studied was situated, and which today serves as the city museum. Opposite it stands the ball hall. Across the street as a continuance of Shirok Sokak the City Park stands, where the old Sokolana (physical education building) for the students of the former military academy is situated. For more nice houses walk in the streets left of Shirok Sokak, especially Duro Dakovik Street and see the building of the Bitola eparchy and visit: 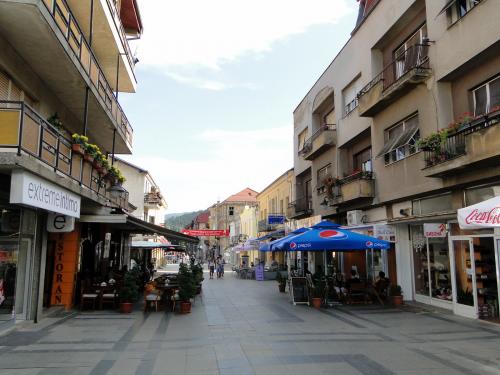 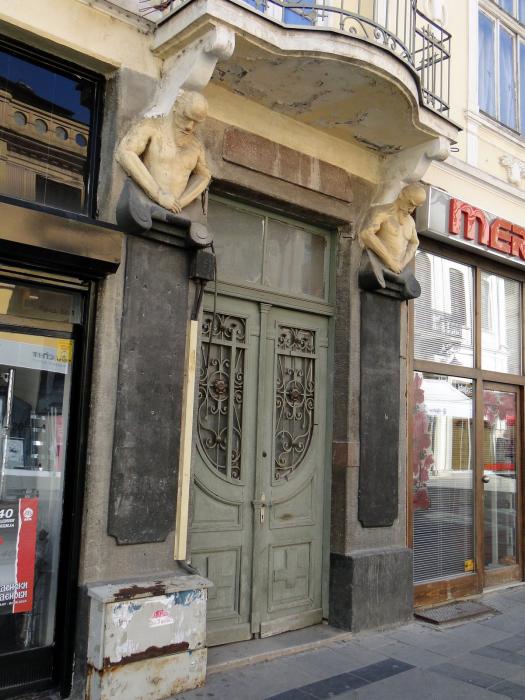 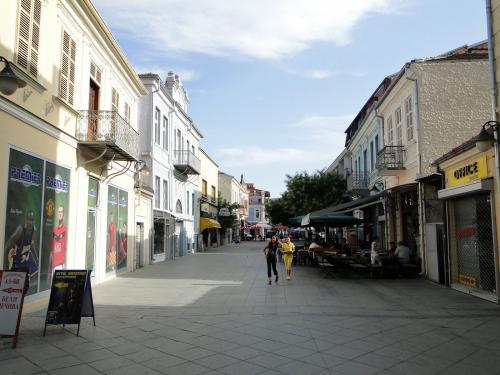 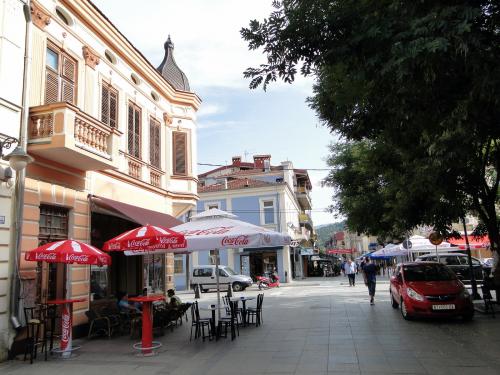 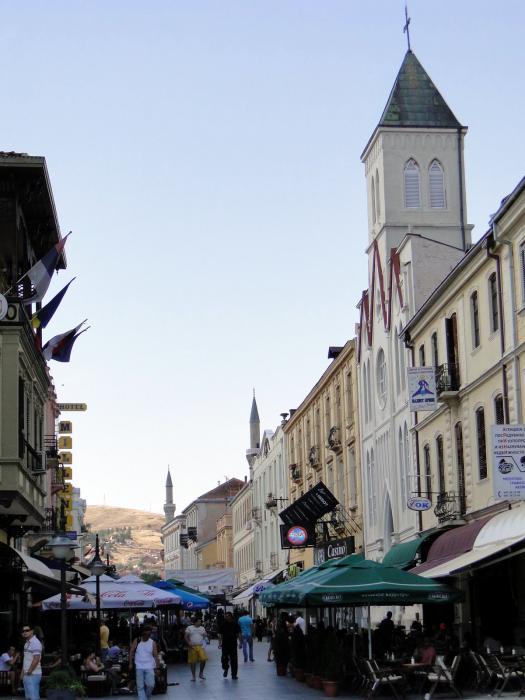 Fountain – at the top end of Shirok Sokak, near the clock tower, there is a "son et lumiere" performance at 9pm. 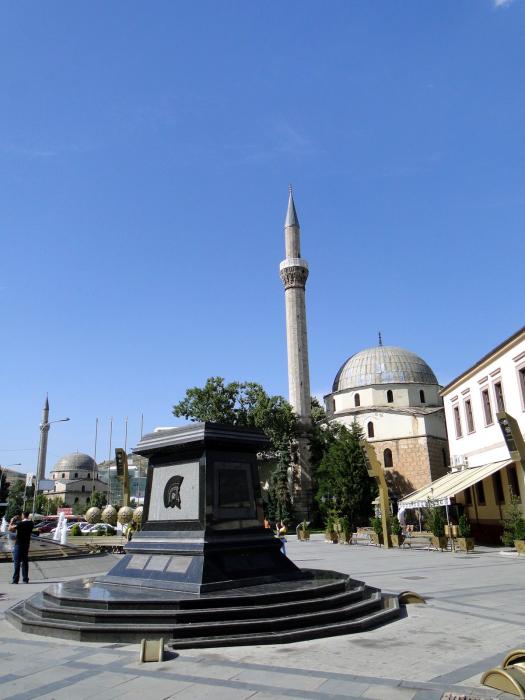 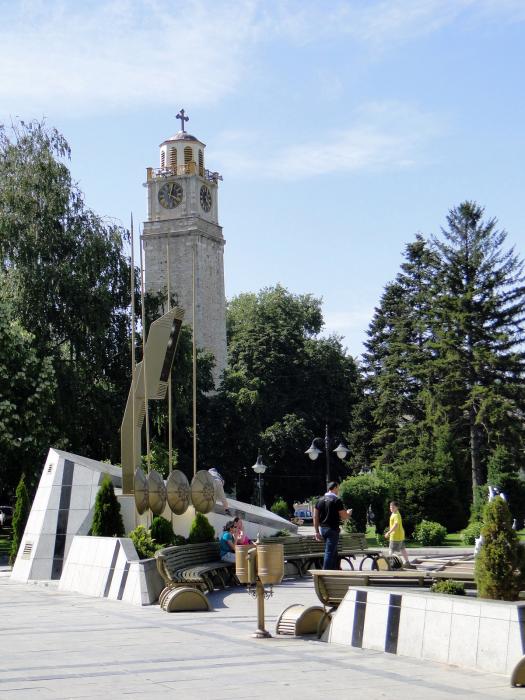 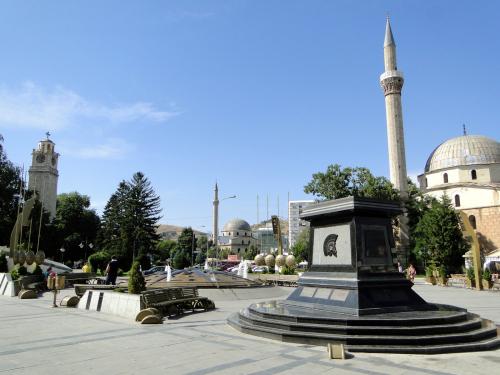 With a brief walk through the old bazaar …

Old Bazaar – even though it is smaller than the one in Skopje, the bazaar in Bitola is cleaner and much more taken care of, so it is the most beautiful old bazaar in Macedonia. It has pleasant small squares with water fountains and many Ottoman monuments in and around it. A large portion of the old bazaar was demolished in the 1950s for the city square to be built. Fortunately the main monuments were left standing.

As this Balkans tour was surrounding the local religions, we also made a stop at the old Jewish cemetery in Bitola, which is about all that’s left from a once thriving Macedonian Jewish community : 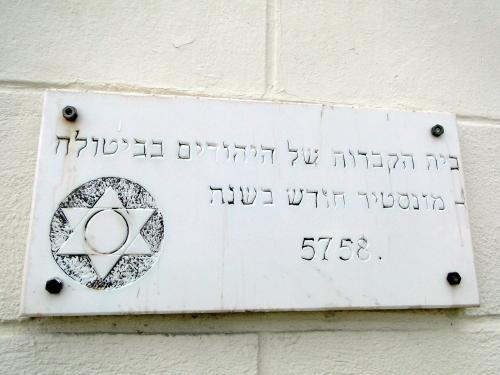 The first Jews arrived in the area now known as Republic of Macedonia during Roman times, when Jews fled persecution in other Roman territories, with some settling in Macedonia. The first evidence of Jews in the region is an ancient synagogue dating from the late 3rd century AD in the ancient town of Stobi, in the southeast of the Republic of Macedonia. […]

Two thousand years of Jewish history in Vardar Macedonia effectively came to an end with the Holocaust and World War II. Presently, the Jewish community of the Republic of Macedonia numbers some 200 people. Almost all live in Skopje, with one family in Štip and a single Jew remaining in Bitola 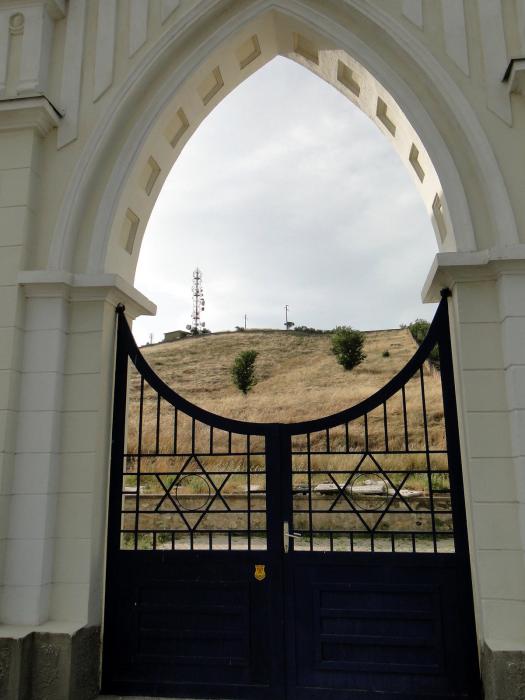 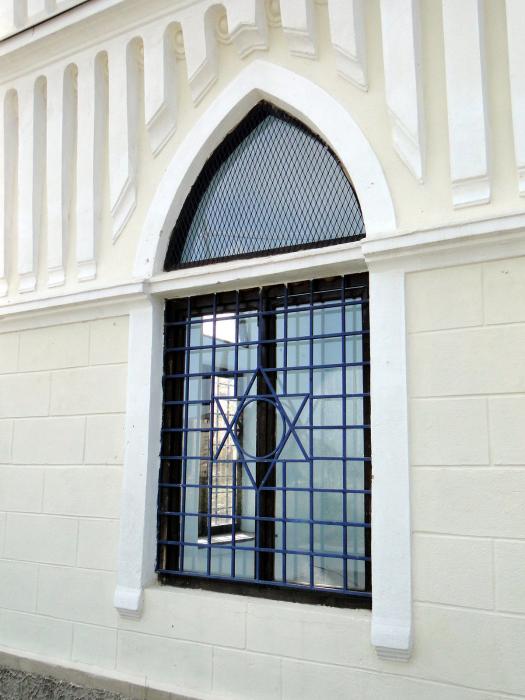