Berat, the Albanian white city, has one major attraction which makes it a very popular among the tourists coming to Albania – the Berat Castle (Berat Kala). Unlike the castle I visited in Kruja which hosts museums, shops and restaurants, Berat Kala is still very much a residential area, offering gorgeous views of the area and a pleasant retreat from the heat of the little town during summer days. 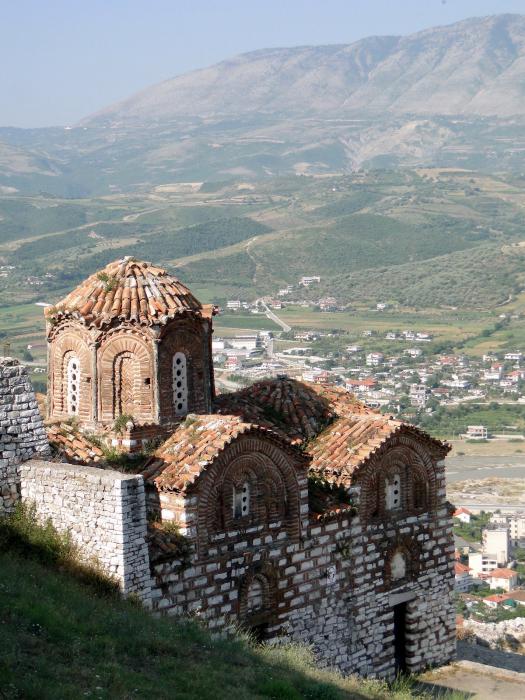 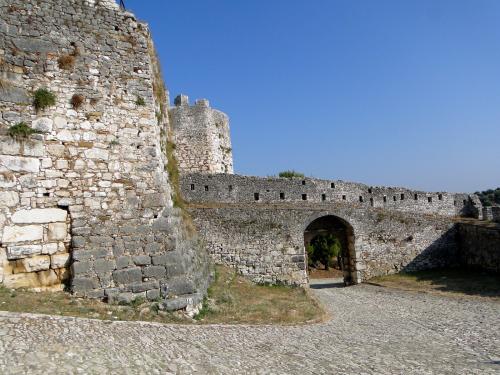 Wikipedia has the background (bold not in original text):

Berat Castle (Albanian: Kalaja e Beratit) is a fortress overlooking the town of Berat, Albania. It dates mainly from the 13th century and contains many Byzantine churches in the area and Ottoman mosques. It is built on a rocky hill on the left bank of the river Osum and is accessible only from the south. […]

The fortress of Berat in its present state, even though considerably damaged, remains a magnificent sight. The surface that it encompasses made it possible to house a considerable portion of the cities inhabitants. The buildings inside the fortress were built during the 13th century and because of their characteristic architecture are preserved as cultural monuments. The population of the fortress was Christian, and it had about 20 churches (most built during the 13th century) and only one mosque, for the use of the Turkish garrison, (of which there survives only a few ruins and the base of the minaret). The churches of the fortress were damaged through years and only some have remained.

Within the castle compound are a few attractions worth exploring, like the Onufri Museum within Saint Maria’s Sleep Church & the Holy Trinity Church, which I’ll write about in future posts, but it’s also a pleasure just to wonder around within the castle, between the churches and along the narrow streets. 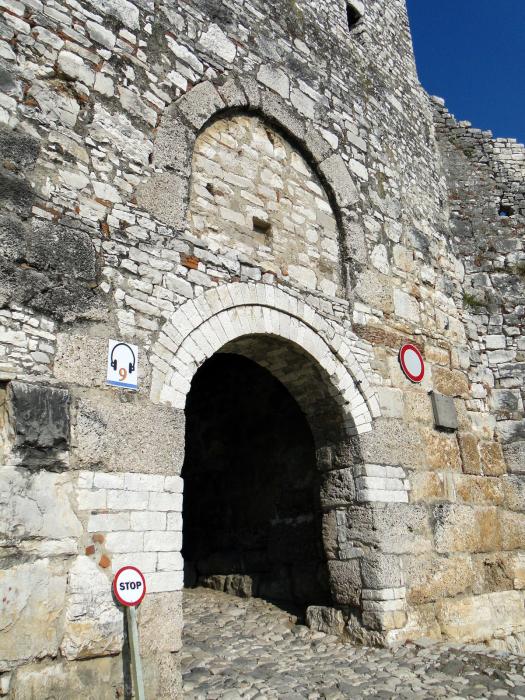 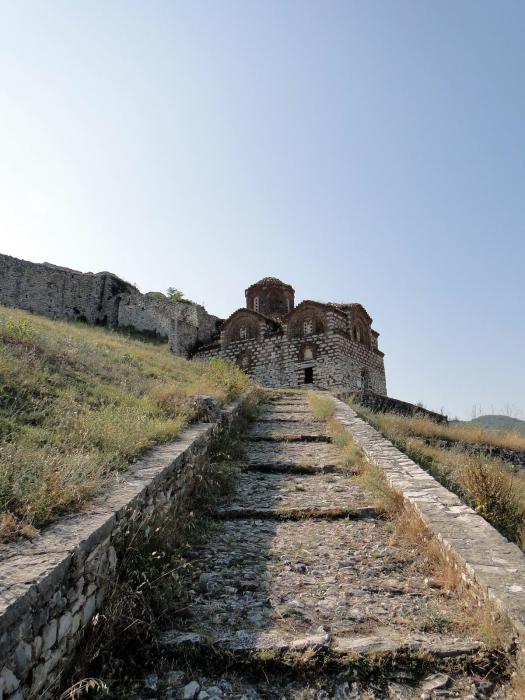 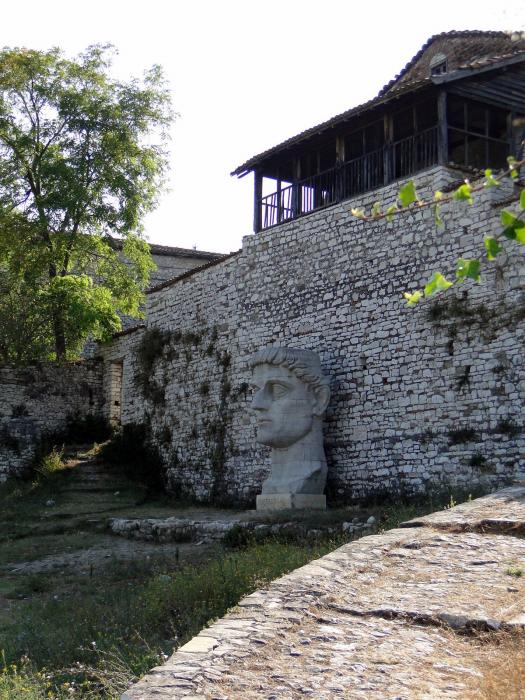 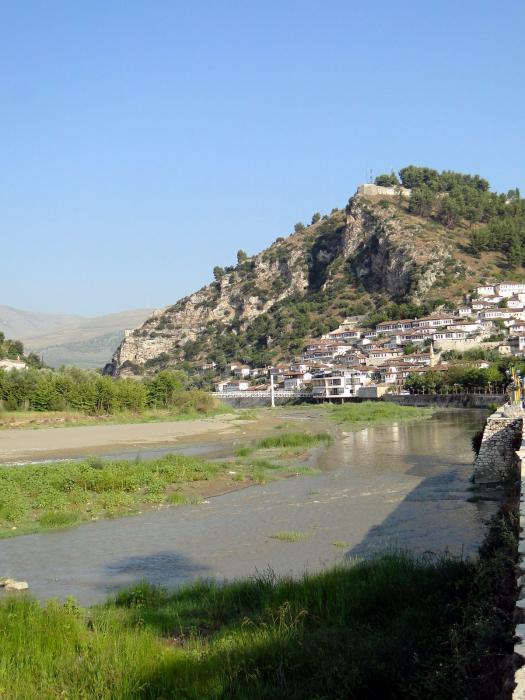 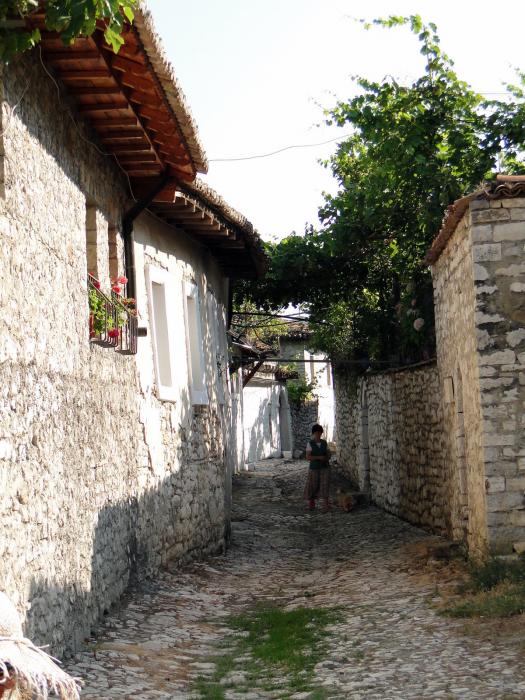 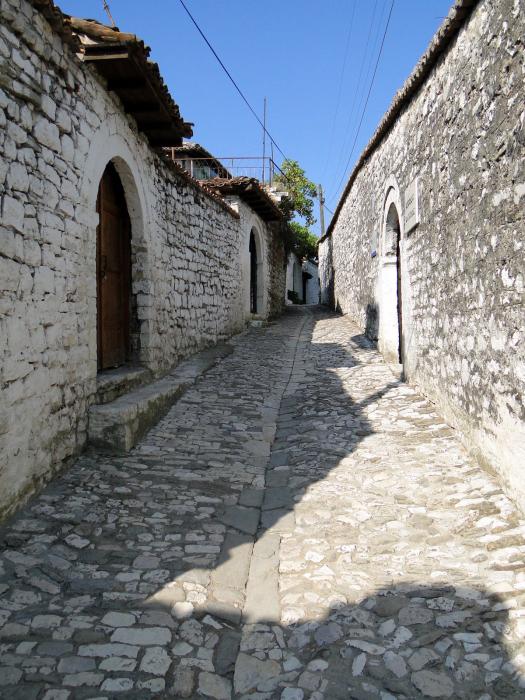 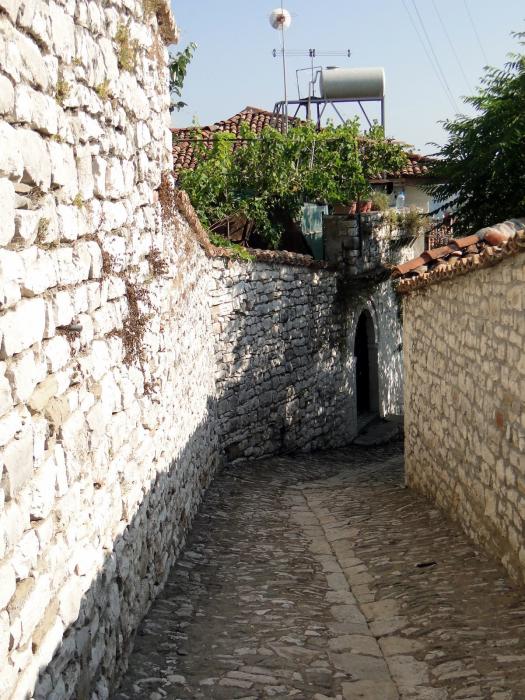 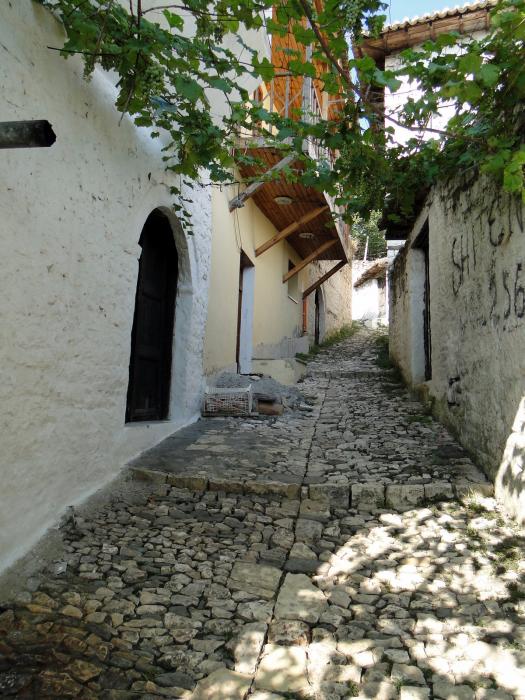 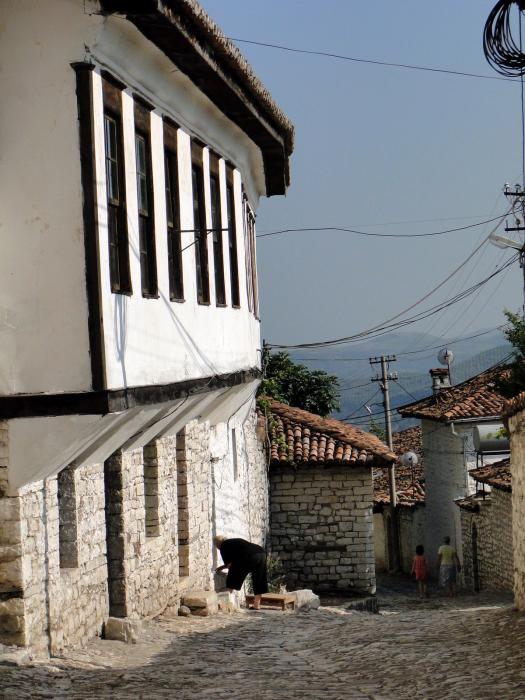 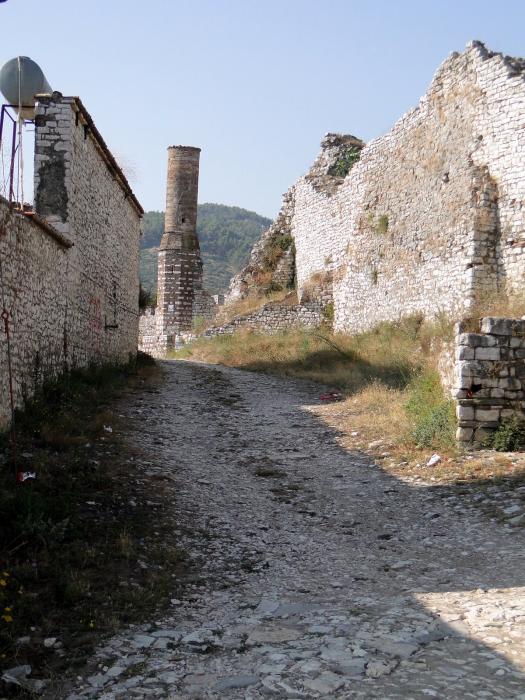 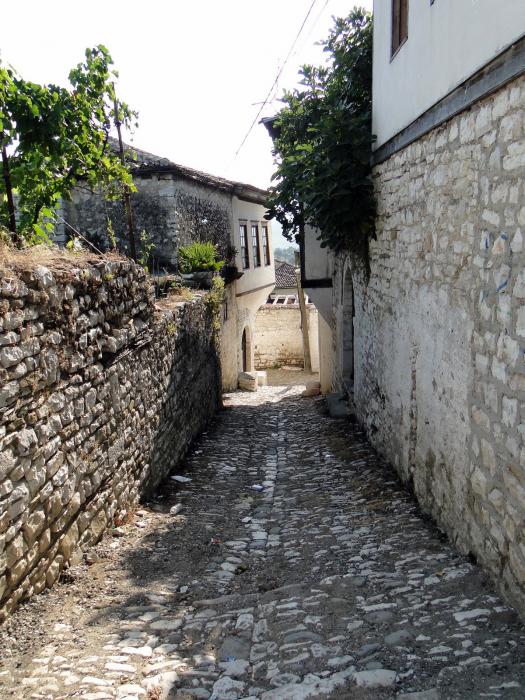 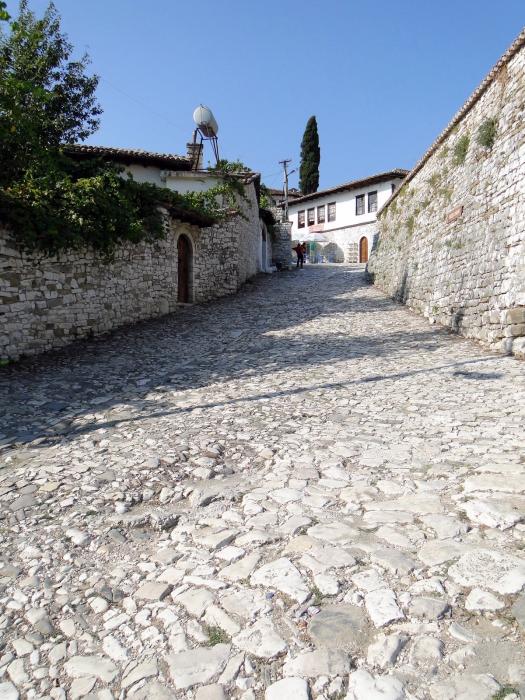 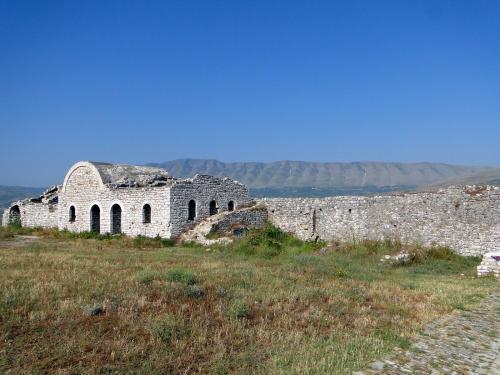 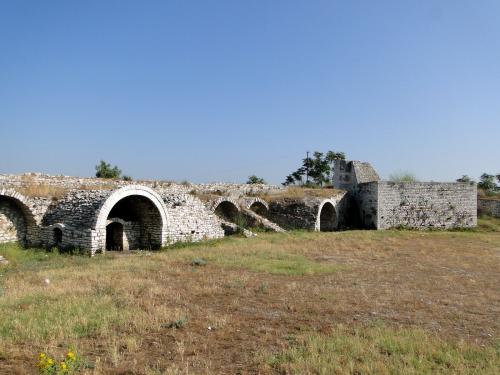 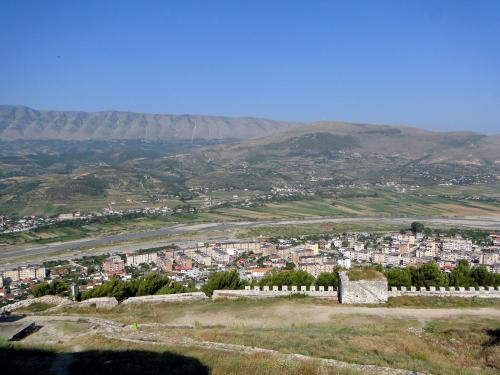 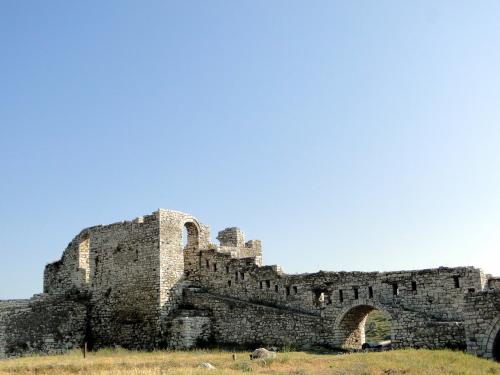 Here’s a map of the castle, if you’re interested: 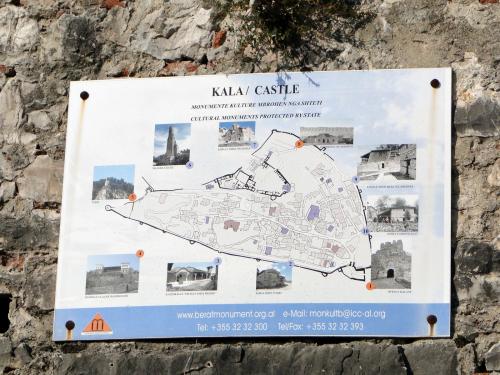