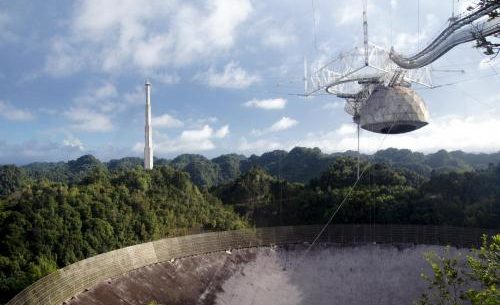 Have you watched the movie Contact? Perhaps the James Bond Golden Eye? then you’re atleast a bit familiar with the Arecibo observatory in Puerto Rico, by far the world’s largest single-dish radio telescope. This large complex is operated in a cooperation between Cornell University, NSF and NASA aimed at radio, atmosphere and radar science.

Though it’s basically American and Puerto Rico is only an American common wealth Puerto Rico was chosen as the main site since it’s the American territory that’s closest to the Equator and has the right terrain to support the gigantic dish. 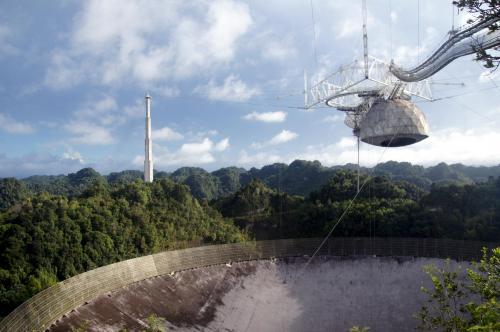 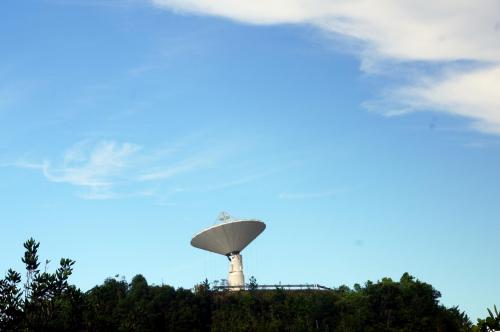 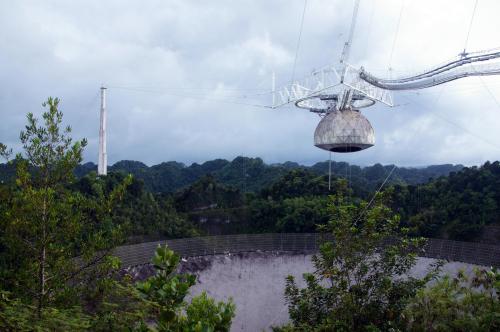 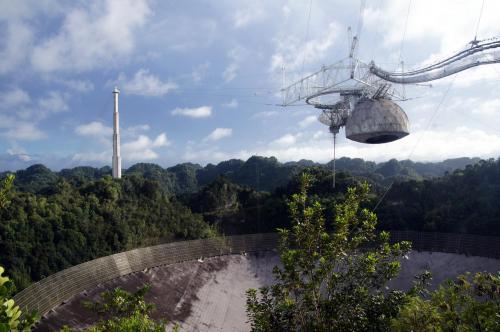 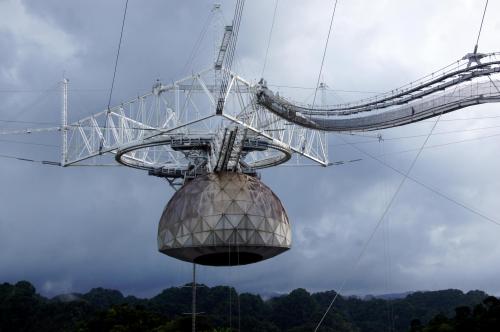 There is a fascinating introduction movie playing in Spanish and English as well as several exhibitions in the nearby visitor’s center. I wouldn’t bother you with details, there’s very little of the whole thing that I truly understand. But it’s quite an adventure

Most of the visitors, I think it won’t surprise you, were interested in the attempts to detect extraterrestrial life, called the "Arecibo message" sent up into space in 1974. Other interesting uses are detecting enemy radar installations through signals bouncing back from the moon.

Though it’s not very easy to reach with endless narrow mountain roads, it’s worth the trip as – science aside – it’s a sight to behold. You can easily combine that with another top attraction in the area on a day trip – the Camoy Caves. 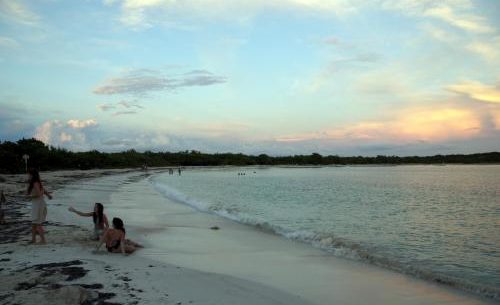 One of my main travel goals for my research appointment to Florida was to try and get a glimpse of central and south America. It’s a part of the world I’ve never been to but always wanted to explore. Though 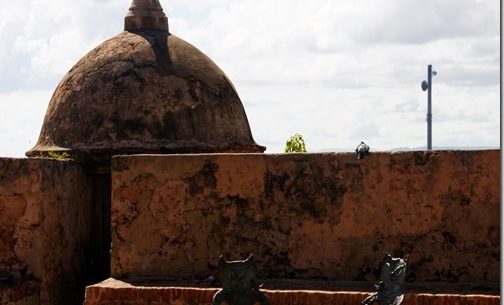 To wrap up all my posts about my wonderful trip to Puerto Rico, the final post is about the lovely old city of San Juan. There are several world class attractions in San Juan, including forts and castles that defended

Read More about Around the Old City of San Juan : Puerto Rico
0 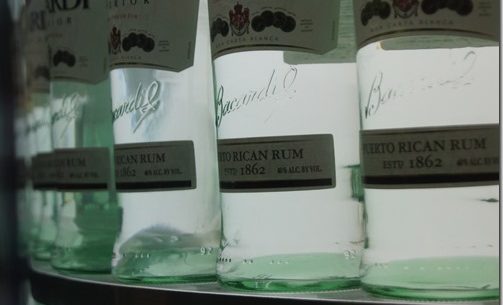 On my last day in San Juan, after having visited most of the local historical attractions, I was looking for something a bit different. Bacardi’s Distillery – or Casa Bacardi – definitely qualifies as different. Though overly touristic and a

Hi Fili, Man do you get around. I really enjoy seeing the sights of your travels and learning about the Americas. I hope you might have a chance to attend the Kentucky Derby and/or Mammoth Cave if you have an opportunity to visit Kentucky. Also, if you haven’t seen the movie Robot and Frank yet you should check it out, it’s right up your alley. Hope all is well, Jason

Thanks, Jason. Very happy to hear from you, I hope you and the family are doing well. Thanks for the pointers, but not much time left in the US this time around. Hope to be able to visit Kentucky on future visits to the US 🙂