Angkor Thom, the ancient capital city of the Khmer empire, is quite remarkable, giving a strong fight to Angkor Wat in the charm score. What makes it so charming? The countless Buddha like faces engraved in the stone all around the temple. A noticed a few tourists trying to track down all the faces in the temple, not an easy task, but the mysterious smiles of those faces does give a special feeling to the temple. 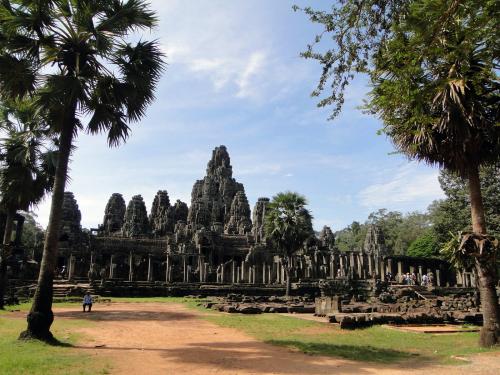 Wikipedia has a good intro to the Bayon:

The Bayon (Khmer: ប្រាសាទបាយ័ន, Prasat Bayon) is a well-known and richly decorated Khmer temple at Angkor in Cambodia. Built in the late 12th century or early 13th century as the official state temple of the Mahayana Buddhist King Jayavarman VII, the Bayon stands at the centre of Jayavarman’s capital, Angkor Thom. Following Jayavarman’s death, it was modified and augmented by later Hindu and Theravada Buddhist kings in accordance with their own religious preferences.

The Bayon’s most distinctive feature is the multitude of serene and massive stone faces on the many towers which jut out from the upper terrace and cluster around its central peak. The temple is known also for two impressive sets of bas-reliefs, which present an unusual combination of mythological, historical, and mundane scenes. The current main conservatory body, the Japanese Government team for the Safeguarding of Angkor (the JSA) has described the temple as "the most striking expression of the baroque style" of Khmer architecture, as contrasted with the classical style of Angkor Wat.

The faces already greet you at the entrance, some more smiling like than others. 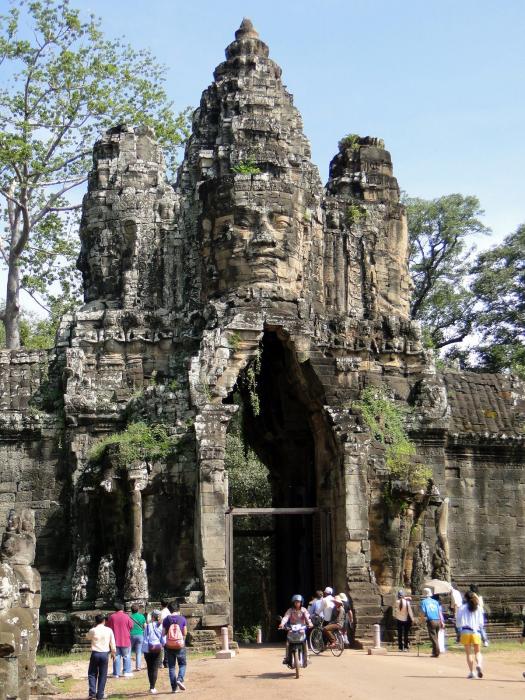 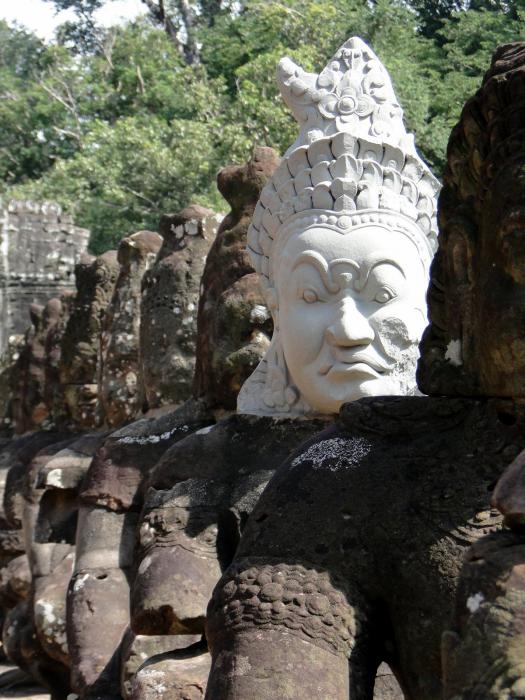 Then you enter the city and stop over at the Bayon…

How many faces can you make out? 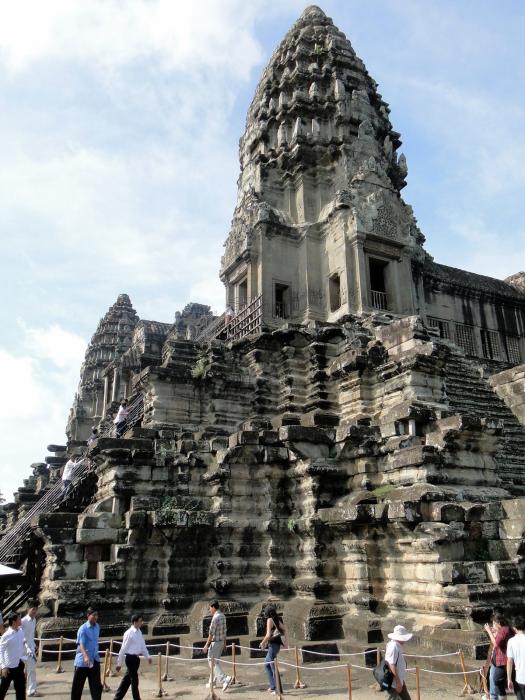 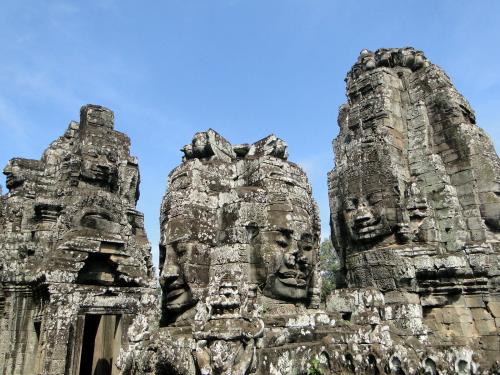 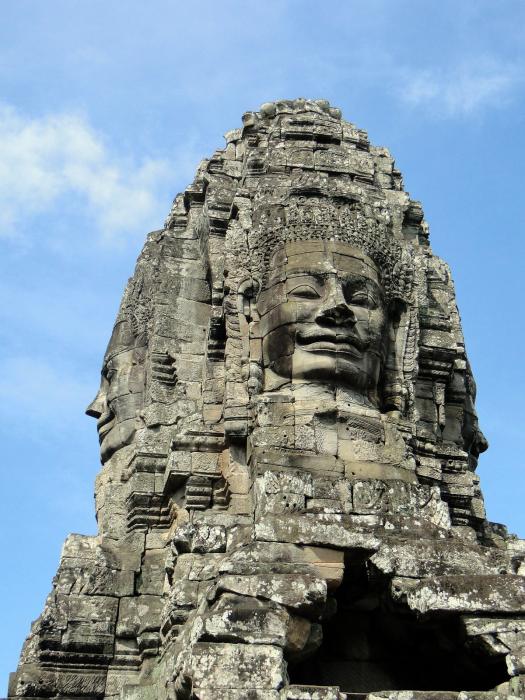 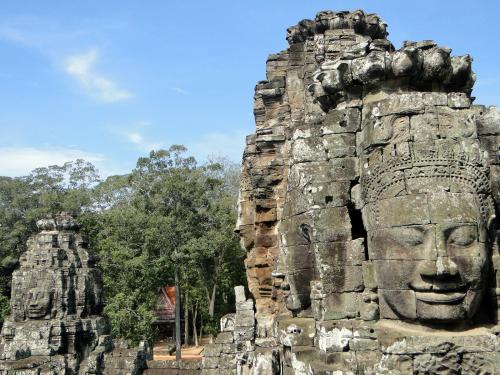 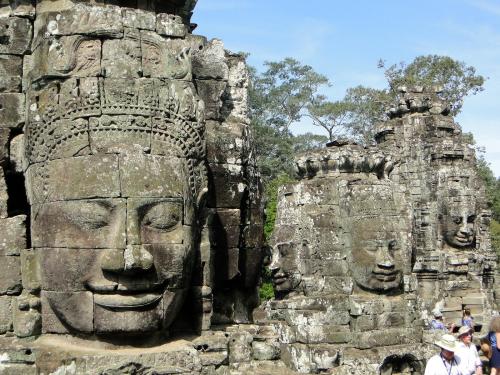 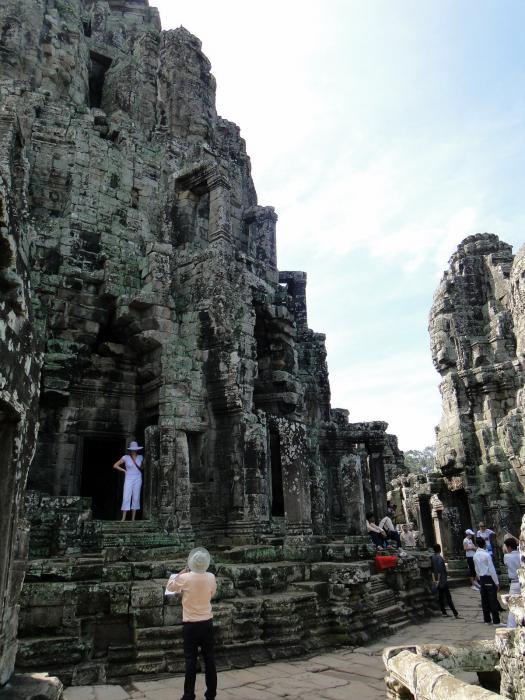 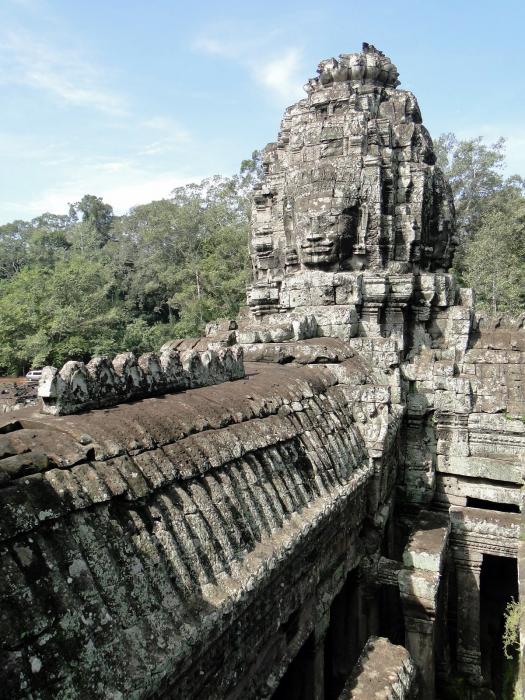 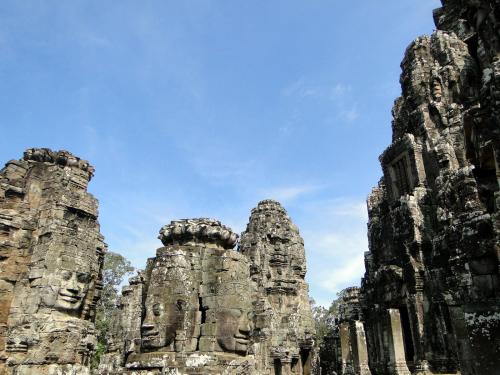 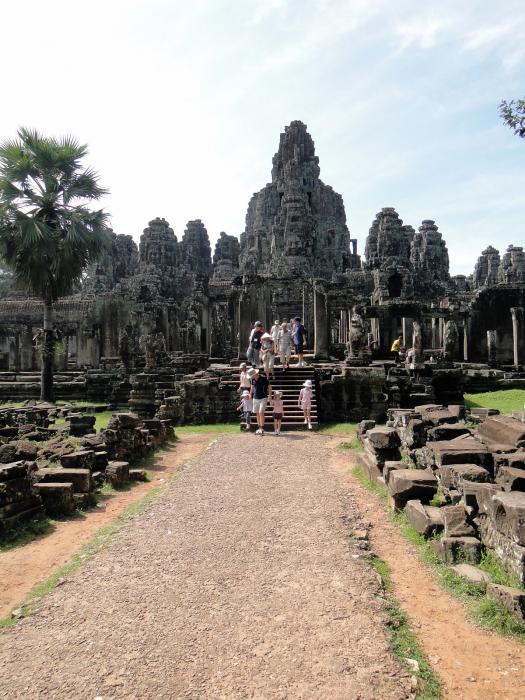 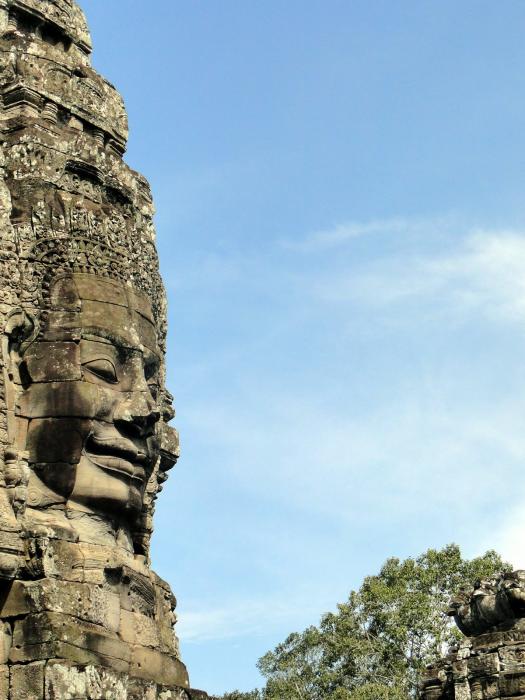 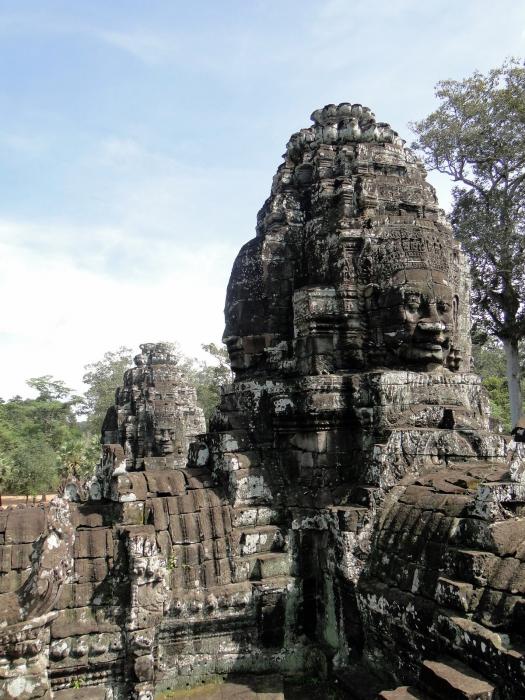 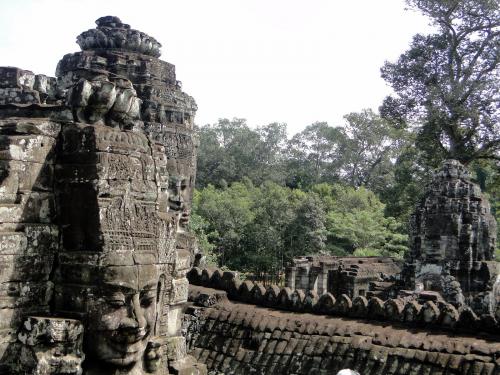 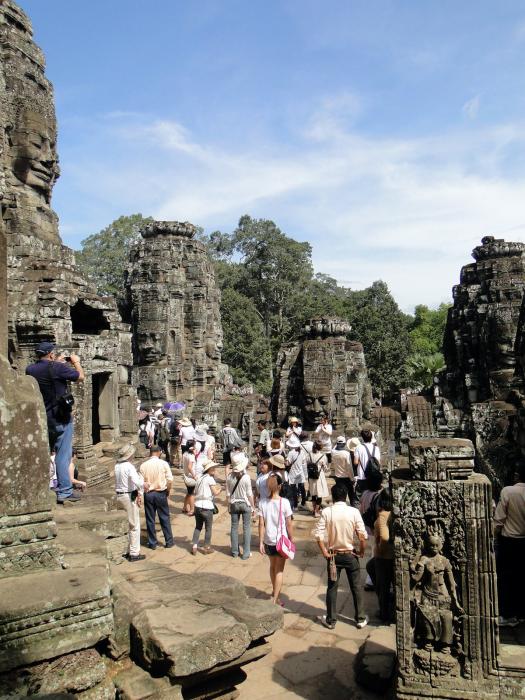 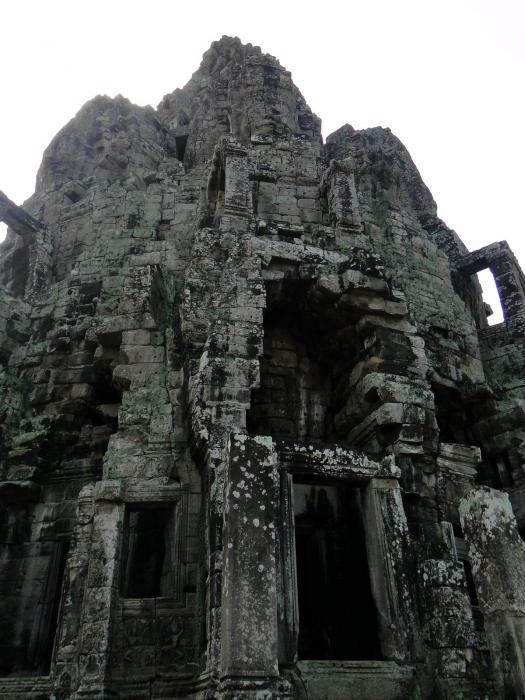 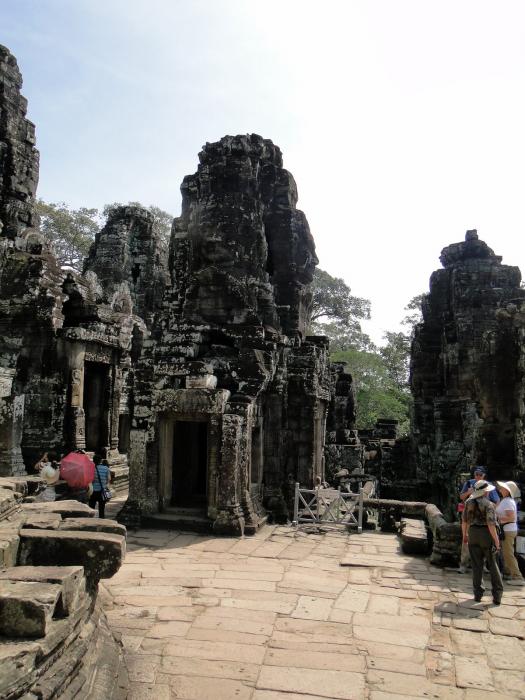 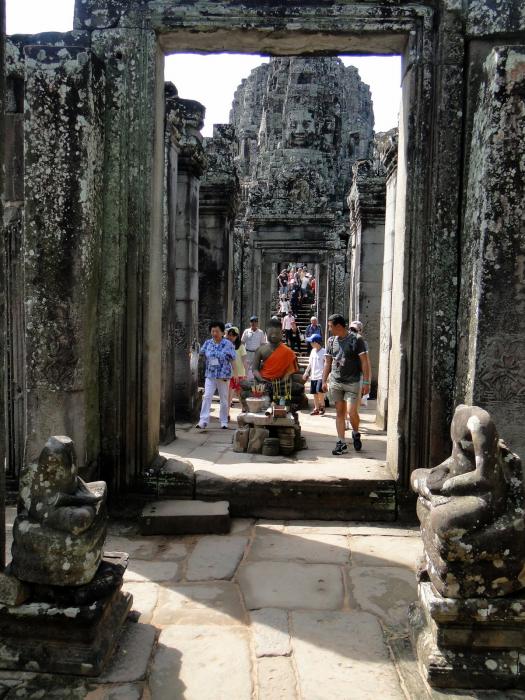 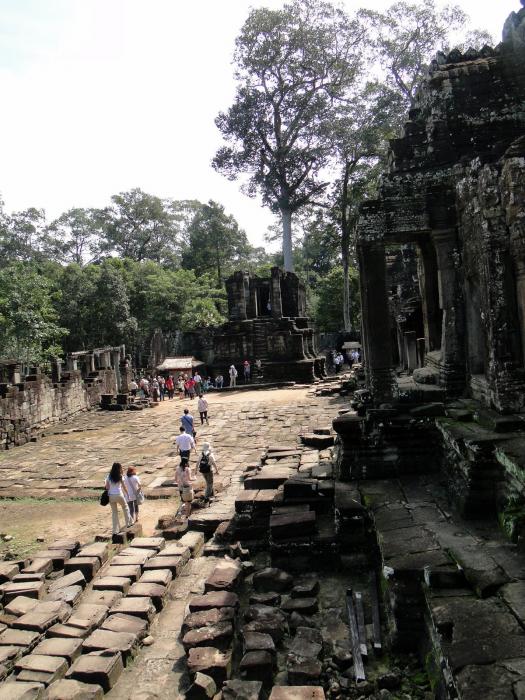 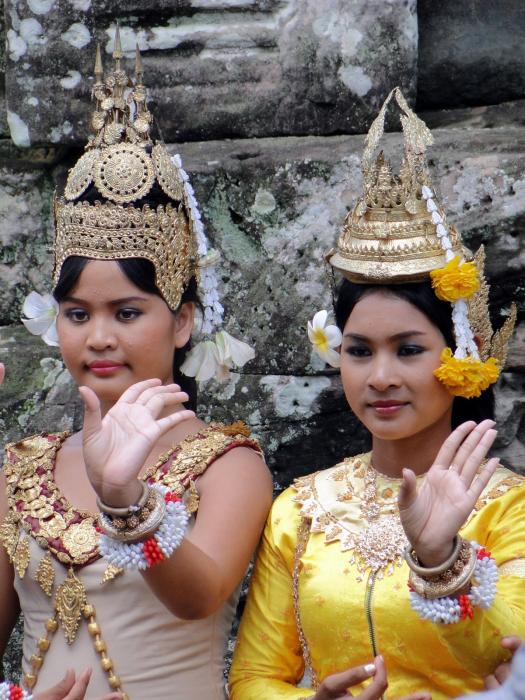 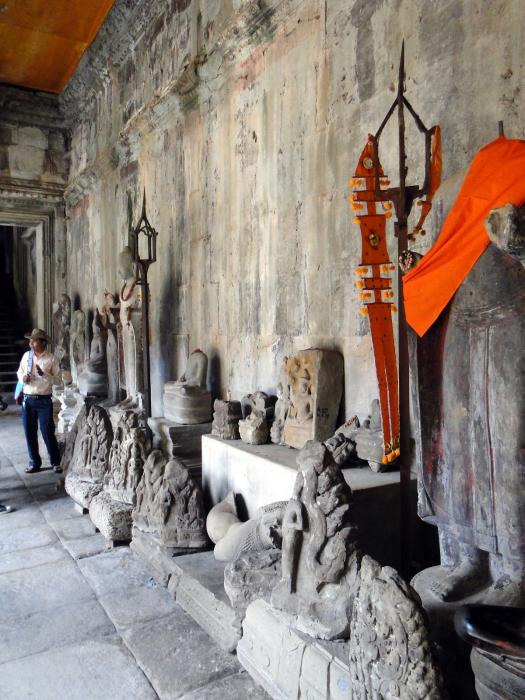 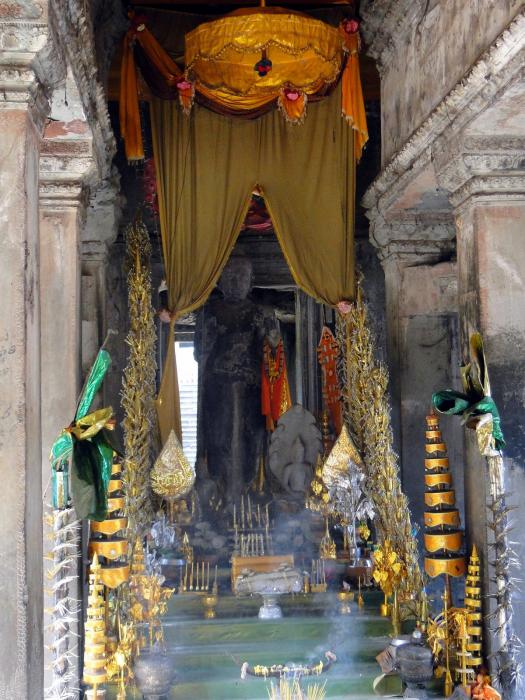 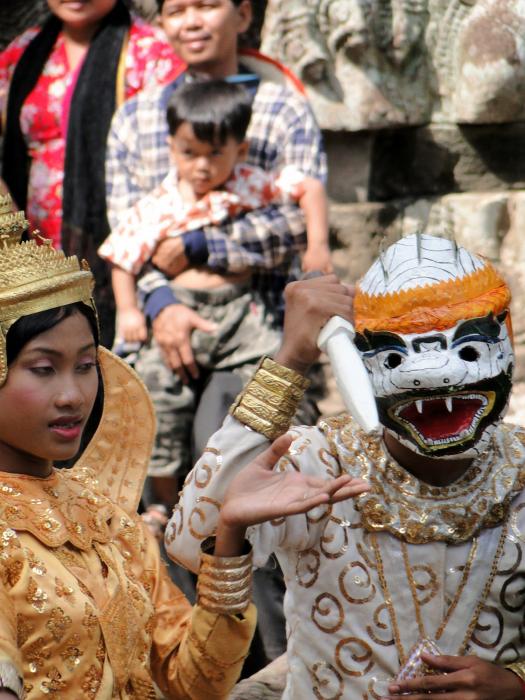 Some more on Angkor Thom and the Bayon can be found here: