To wrap up my visit to the glorious Angkor temples in Siem Reap in Cambodia, after visiting the faces of Bayon in Angkor Thom, Angkor Wat, and Ta Prohm Temple our last stop is with the Baphuon Temple and Leper King Terrace, within the Angkor Thom area.

I guess these two are usually less explored by visitors who tend to focus on the main sites I covered before. These two also offer a bit less to see as much of these huge structures has collapsed with time, but it’s still worth exploring and only a stroll away from the faces of Bayon in central Angkor Thom. 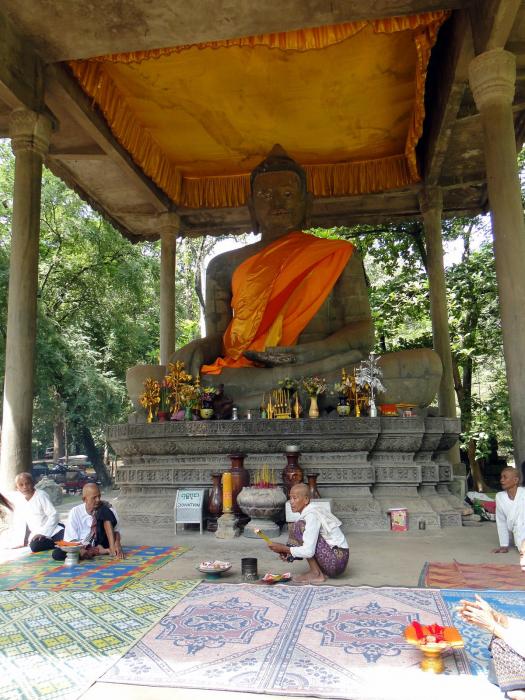 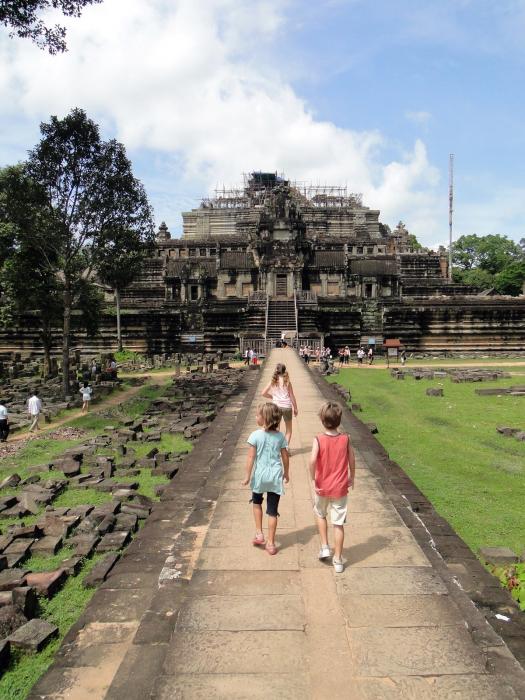 The Baphuon (Khmer: ប្រាសាទបាពួន) is a temple at Angkor, Cambodia. It is located in Angkor Thom, northwest of the Bayon. Built in the mid-11th century, it is a three-tiered temple mountain built as the state temple of Udayadityavarman II dedicated to the Hindu God Shiva. It is the archetype of the Baphuon style. The temple adjoins the southern enclosure of the royal palace and measures 120 metres east-west by 100 metres north-south at its base and stands 34 meters tall without its tower, which would have made it roughly 50 meters tall. Its appearance apparently impressed Emperor Chengzong of Yuan China’s late 13th century envoy Chou Ta-Kuan during his visit from 1296 to 1297, who said it was ‘the Tower of Bronze…a truly astonishing spectacle, with more than ten chambers at its base.’ In the late 15th century, the Baphuon was converted to a Buddhist temple. A 9 meter tall by 70 meter long statue of a reclining Buddha was built on the west side’s second level, which probably required the demolition of the 8 meter tower above, thus explaining its current absence. The temple was built on land filled with sand, and due to its immense size the site was unstable throughout its history. Large portions had probably already collapsed by the time the Buddha was added. 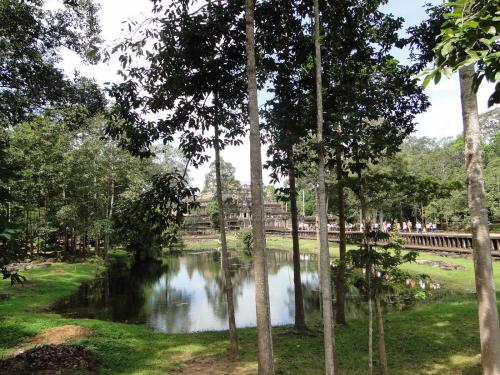 The area was mostly closed for renovations, but there’s a path going around the temple, into the jungle through some mighty trees and onto the Leper King Terrace… 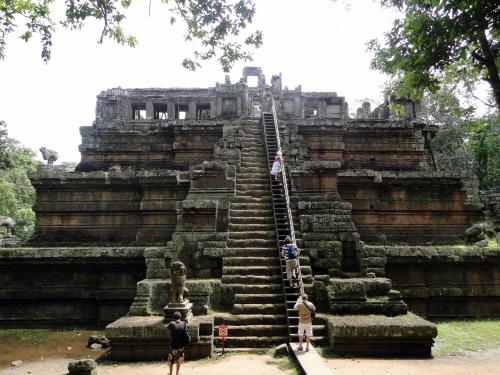 The Terrace of the Leper King (or Leper King Terrace) (Khmer: ព្រះលានស្តេចគំលង់, Preah Learn Sdech Kunlung) is located in the northwest corner of the Royal Square of Angkor Thom, Cambodia. It was built in the Bayon style under Jayavarman VII, though its modern name derives from a 15th century sculpture discovered at the site. The statue depicts the Hindu god Yama, the god of Death. He was called the Leper King because discoloration and moss growing on the original statue was reminiscent of a person with leprosy, and also because it fit in with a Cambodian legend of an Angkorian king who had leprosy.

There much more to see here. Once you’re through climbing up the collapsed structures, there are some walls with lots of faces, still pretty well preserved. 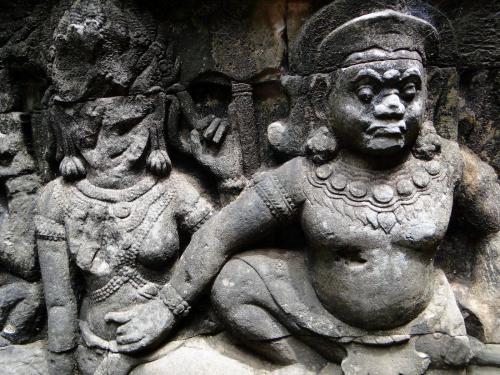 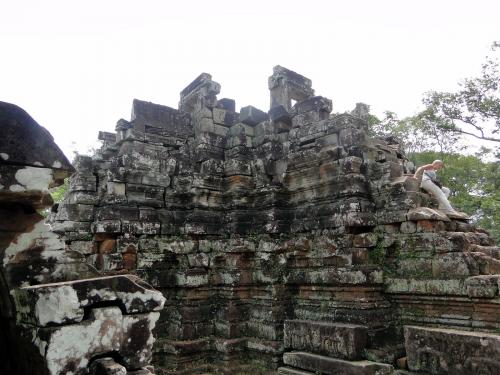 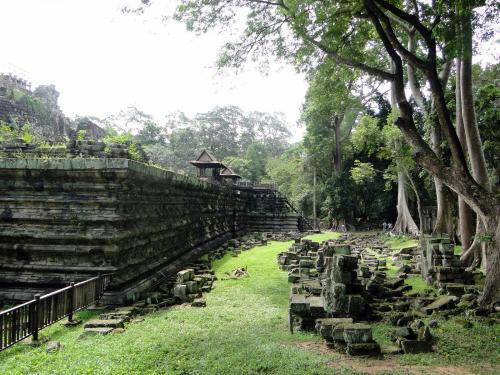 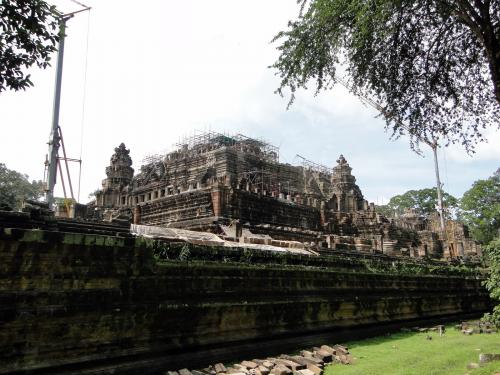 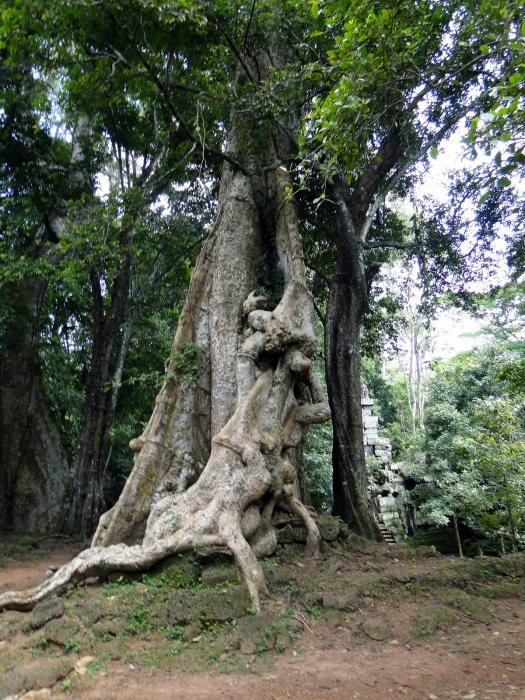 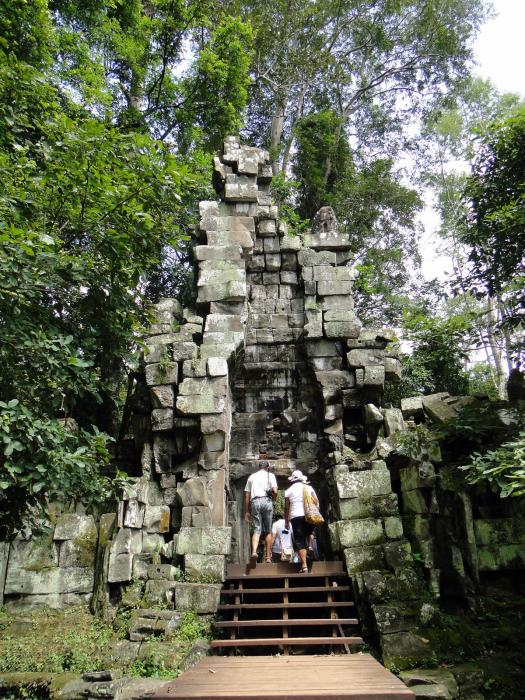 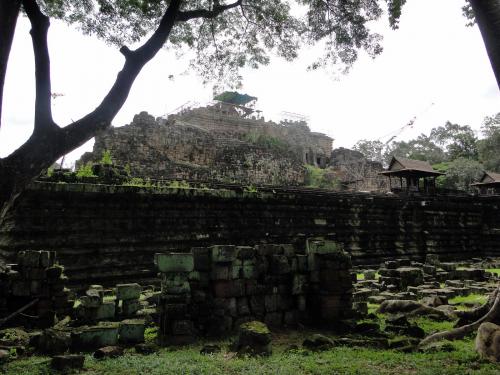 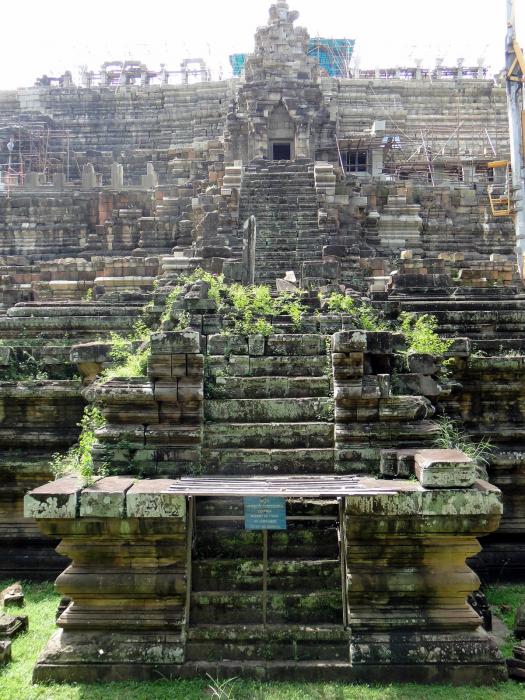 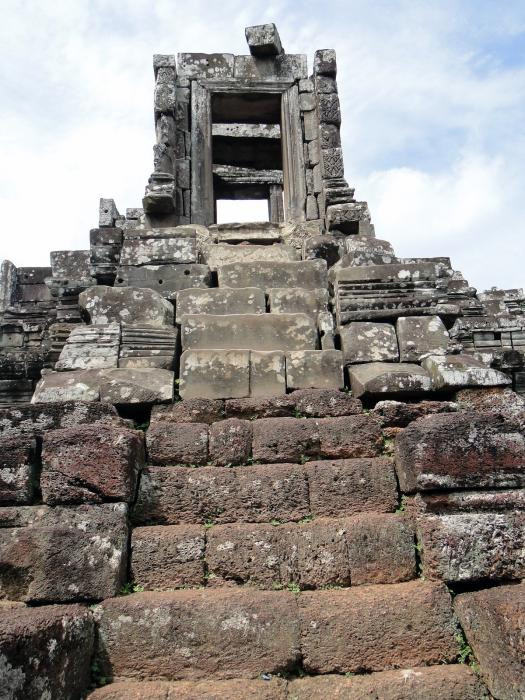 This is how they direct the “Tourist flow”… 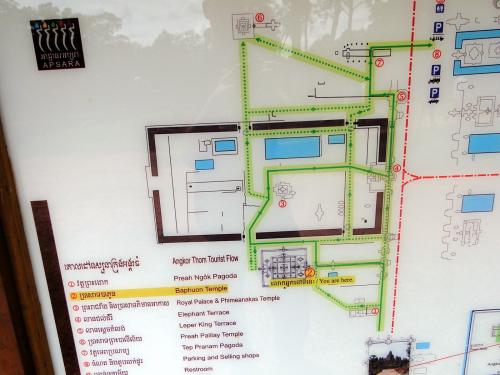 If you need a map of the general area (through Lifeislikethat):