While touring the Gothic quarter in the center of Barcelona, I noticed a little sign pointing to an old synagogue. Having known that the Spanish expelled Jews in 1492, I was curious to see just how old this old synagogue would be and what it would look like. So I made my way over there, and in a little alley, hidden away, are some small stairs leading underground to two connected rooms proclaimed as the old synagogue.

Not much to see here, I thought to myself when I made it inside, but then the two girls sitting there invited me to join a ‘tour’ and listen to an explanation about the synagogue, and it was a fascinating tale of the history of the Jews in the region and the old synagogue. For example, no body knows for sure that these two rooms were indeed the old synagogue, since the synagogues were closed down after the expulsion of the Jews, and after over 500 years of no Jewish existence in the area it’s hard to recover historical records and archaeological findings to be absolutely sure that this is the place. With that said, some of the 15th century tax and land records point to this direction and some of the excavations revealed some Jewish influences. Another example, to explain why a synagogue would be this small, was that the ruling church had restrictions for places of worships of other religions to be no bigger than the smallest church in the city. You’ll get to hear these and many other fascinating details about the Jewish life during those times.

Of the little that there is to see: 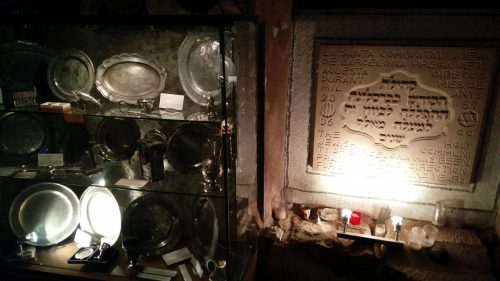 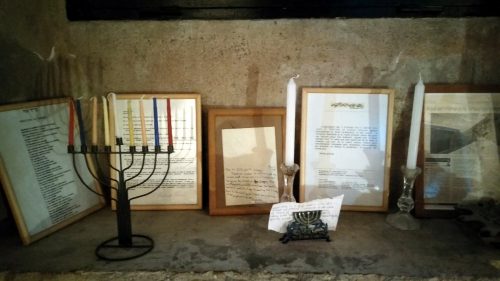 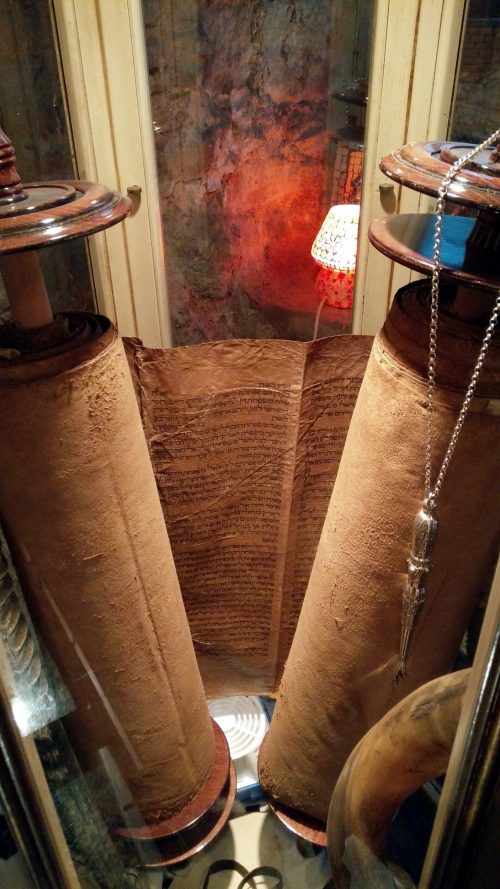 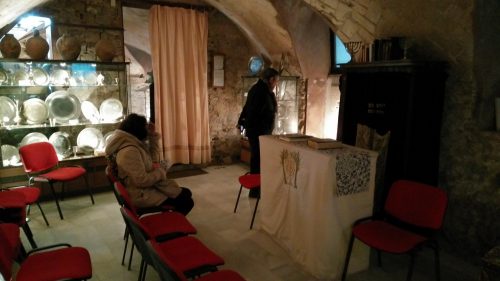 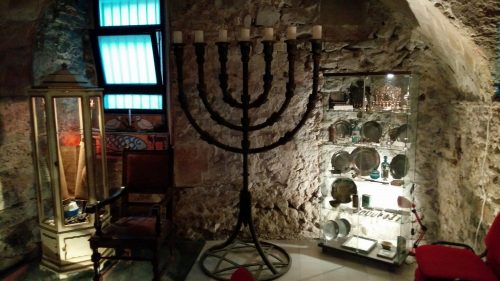 Most of it donated to the museum.

An unexpected interesting piece of history at the heart of Barcelona. Do stop by and sit down for the short intro, if you’re in the area.