Have you heard about alpacas? I haven’t, and when I eventually saw one I was sure it was a llama, but we’re talking a different breed here. Somehow, alpacas are smaller, cuter and hairier. Thing is, the middle of nowhere Negev desert in southern Israel next to the gorgeous Ramon crater is probably the last place I’d expect to find those creatures. Why take a creature that’s used to the high cold mountains of Peru and bring them down to a hot dry desert?

But, there you have it. The Alpaca farm a short drive from the Ramon crater hosts lot of different types of alpacas and just to make sure you’re confused they also have lots of llamas running around. 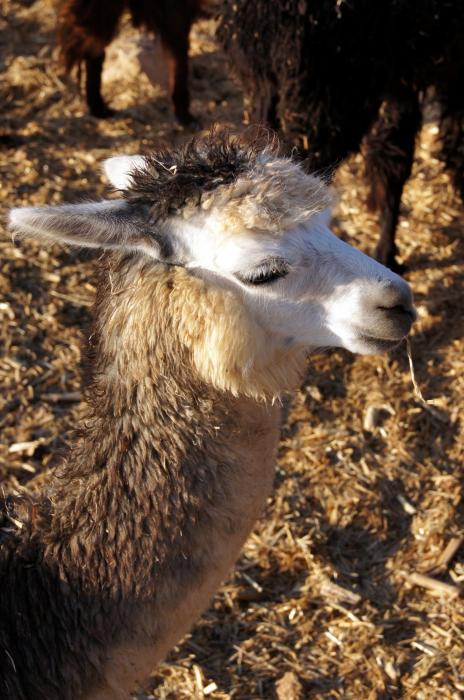 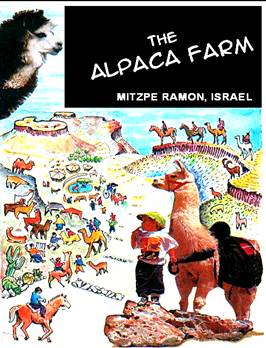 The Alpaca Farm is the only farm in the world where over 400 (!!!) exotic alpacas & llamas are raised and where the entire process of growing and spinning them can be observed. […]

Alpacas and llamas are miniature South American camels. These exotic animals were collected by us from the Quechua – the Indian ancestors of the Inca kingdom in the Andes highland – some 12,000 ft. high.

The uniqueness of the farm lies also in its extraordinary site, in a hidden valley, among two thousand year old Nabatian terraces, 1,000 meter from the Ramon crater’s rim.

The combination of these charming animals, the site and its history, the desert scenery and rides, and the nearby tourist attractions – all these make the Alpaca Farm a must for every tourist in the Negev.

Now I present you with a challenge, which of those are llamas and which are alpacas? 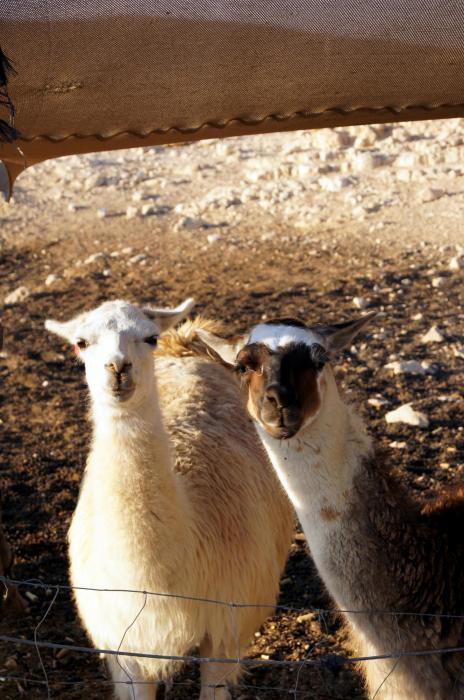 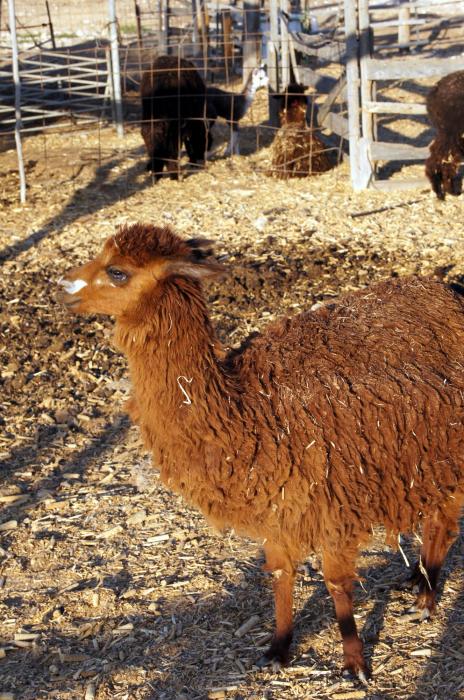 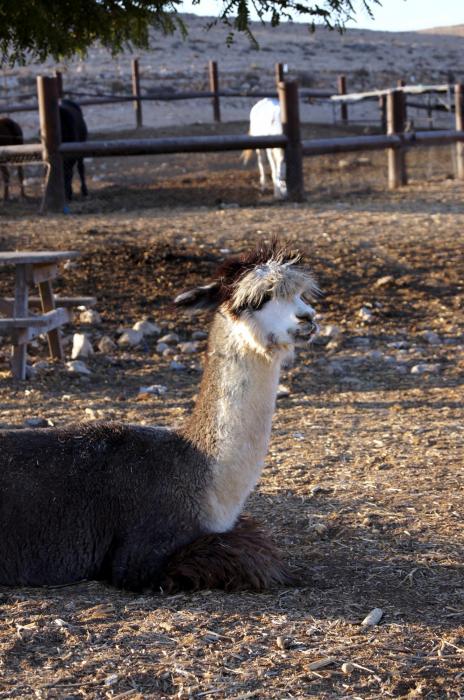 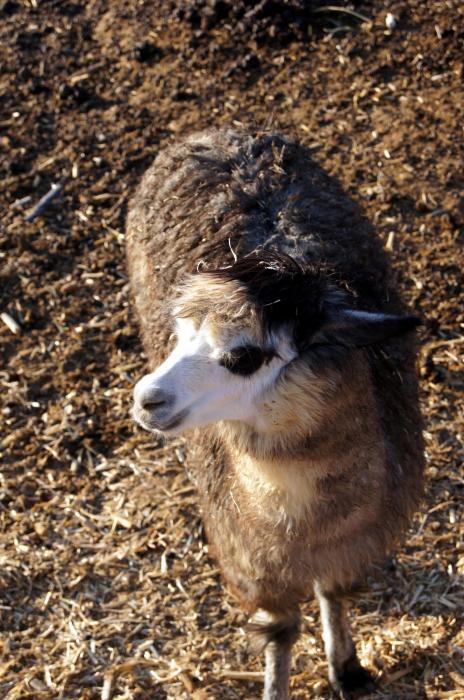 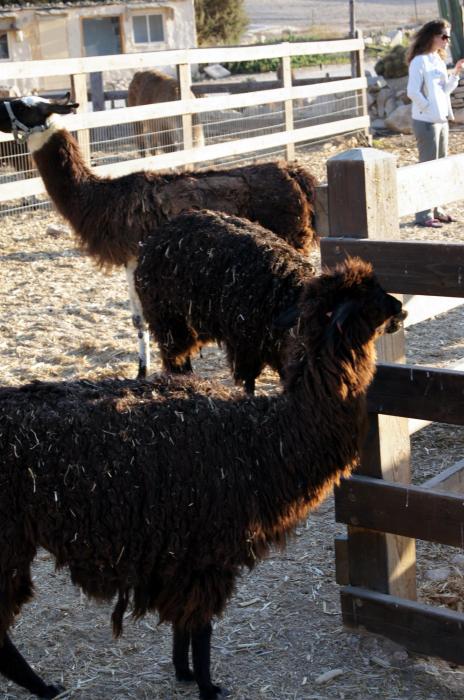 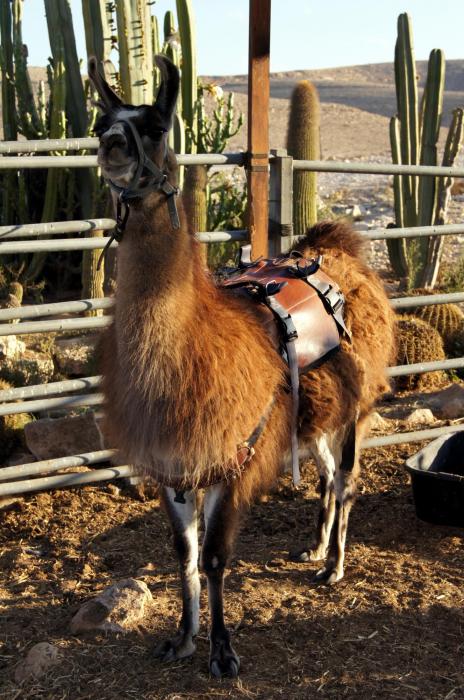 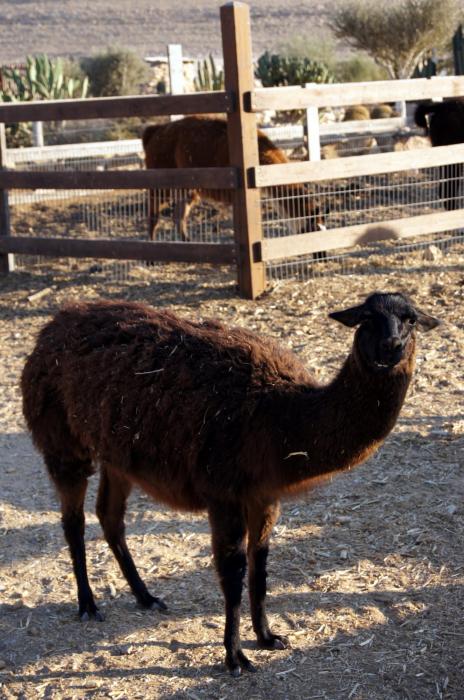 If you want to know more about alpacas, they offer lots of useful information about them.

Take this one for example (Hebrew): 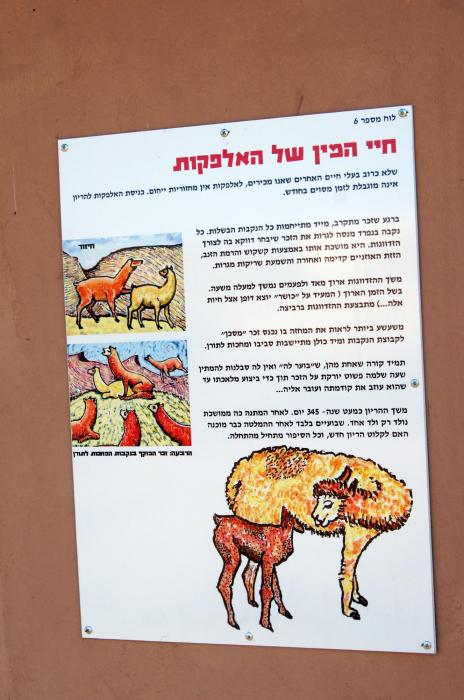 I can see an obvious resemblance to humans. 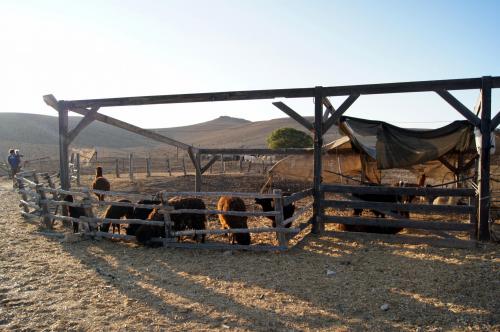 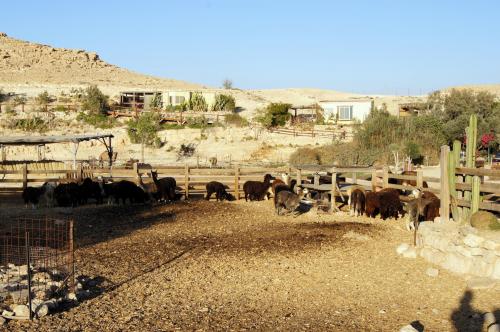 They also have some other exotic creatures… 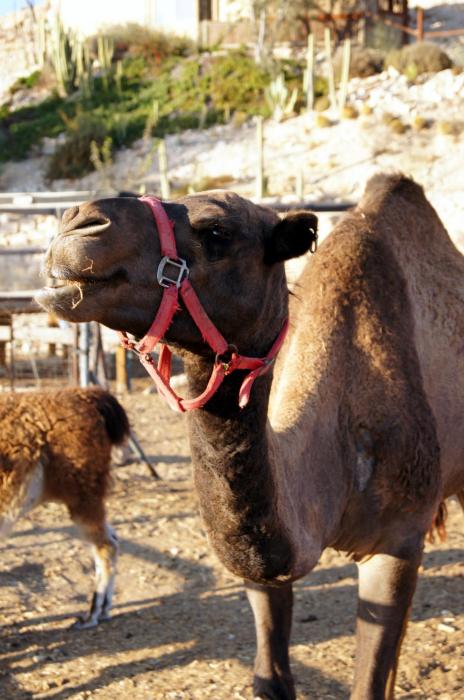 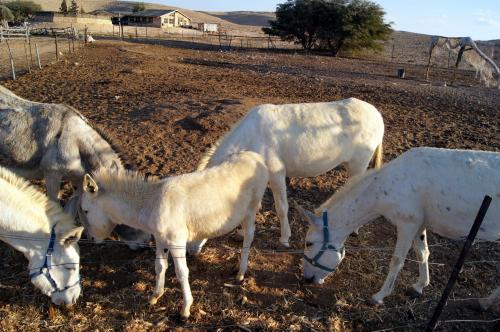 All in all, a charming little place… 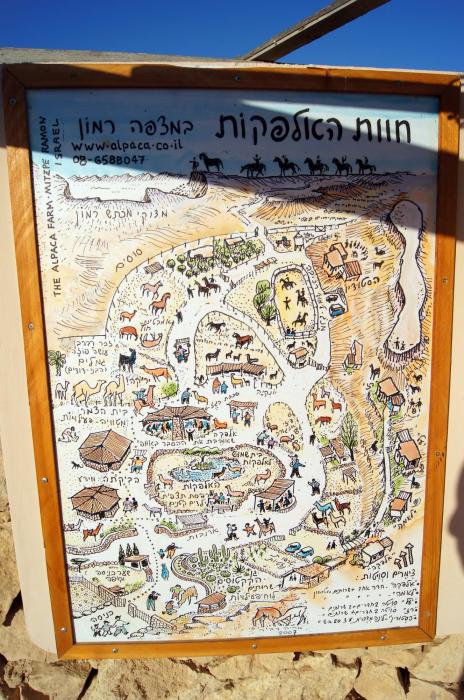 If you’re in the area, make sure you stop by.

anabela – that is interesting ^_^ thanks for sharing.

Very interesting.
It has been years since I’ve heard the name Alpaca.
For me, Alpaca, besides the animal, is a ‘type’ of fabric. It’s not wool but close. Quite expensive now but when I was a kid it was quite common; It was cheaper than wool and cashmere.
In fact, at a certain time in history Alpaca was so cheap that office employees used a half sleeve made from Alpaca on top of the shirts in order to protect their shirts from ink stains.
Later, the name ‘Alpaca sleeves’ was given to those wearing them. Here:
https://sites.google.com/site/memorybankbureaucracy/home/objects/mangasdealpaca