I’m sure I’ve been to Acre (Akko/Acco) before – a gorgeous ancient town in Northern Israel, I just can’t remember when that was because it was probably so many years ago. While I invest considerable resources into exploring the world, it sometimes comes as somewhat of a shock just how little I’ve travelled in my own home-country, and there’s so much to see and do!

Acre is one of those places that when you visit you know this could have been a world class attraction if it wasn’t for regional and domestic politics mixed with religious sensitivities and just plain dysfunctional bureaucracy. 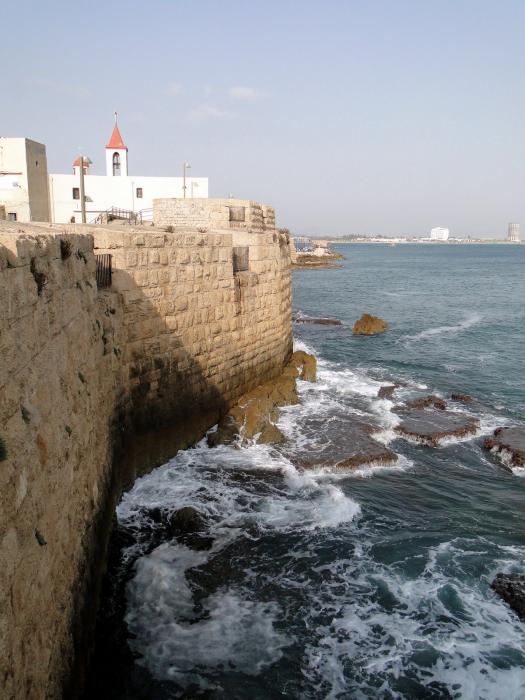 Seriously, it has the makings of Dubrovnik, a bit of ancient Jerusalem old city style meets scenic sea views and beach life. People would fly from all over to see something like this if it was made more… more… inviting. Arriving on a Friday it was almost completely deserted, which might be understandable if you consider Friday is the holy day for the Muslims.  But still, a shame.

So, what’s so special about Acre? Well, it’s old, really really old, dating back as far as 16th century BC, that’s ~3600 years ago. Mentioned in the bible and various other old texts of that time, Acre has been playing part in local politics and domestic wars since the beginning of time.

Virtual Israel Experience explains what is special about Acre :

The city of Acre or Akko is one of the oldest continuously inhabited cities in the world, dating back to the time of the Pharaoh Thutmose III (1504-1450 BCE).  It is a city of intrigue, where you can walk through labyrinthine alleys and streets and explore the remnants of Crusader, Muslim and Ottoman conquerors. Walking along the walls of the city, you also get a spectacular view of the sea and the city of Haifa. […]

Acre was once a leading port in the Middle East, in the same league as Alexandria and Constantinople. Today, it is home primarily to small fishing boats.

A part of the kingdom of Israel, Acre was incorporated into the empire of Alexander the Great after his conquest in 332 B.C.E. The city was subsequently seized by the Egyptian king Ptolemy II, who renamed the city Ptolemais in the 2nd century B.C.E. This name stuck until the Muslim conquest in the 7th century CE, when its ancient name was restored. Confusion over what to call the city was compounded by the Crusaders’ conquest in 1104, after which it became known as St. Jean d’Acre, or Acre for short.

In 1291, the Mamluks invaded and destroyed the city, killing every remaining Crusader and putting an end to the Latin Kingdom. Acre ceased to be a major city for almost 500 years. When the Bedouin sheikh Daher el-Omar carved a small fiefdom out of the Ottoman Empire in the mid-18th century, he made Acre his capital and built a large fortress. It was subsequently fortified by the Turkish governor (1775-1804), Ahmad Pasha al-Jazzer ("The Butcher"). The mosque al-Jazzer built is one of the most beautiful in Israel and the most distinctive building in the old city.

King Richard I of England (1157-99), took Acre in 1191 from the Saracens. He executed 2,700 Muslim prisoners of war; nevertheless, because of his "valorous" behavior during the Crusade, he became known as Richard the Lion-Hearted.

Napoleon landed in Palestine and assaulted Acre in 1799, but he was unable to take the city. His Middle Eastern campaign subsequently collapsed and he withdrew to France.

Acre fell under Ottoman control until the Turks were defeated in 1918 by the British. The city subsequently became part of the British Mandate for Palestine. The British used the ancient fortress, which had never been breached, as a high-security prison to hold (and execute) members of the various Jewish underground groups. On May 4, 1947, members of the Irgun staged a dramatic rescue (dramatized in the film Exodus). Though few Jews escaped, the audacity of the raid was a serious blow to British prestige and a tremendous boost for the morale of the Jews. Today, the fort is the site of the Underground Prisoners Memorial Museum, which depicts the history of Acre and the prison. You can go into the death cell where the condemned were kept and the gallows where a noose still hangs above an open trap door. […]

Today, the population of Acre is approximately 40,000 and has one of the higher proportions of non-Jews of any of Israel’s cities, with roughly 25 percent Christians, Muslims, Druze and Baha’is. The city is a magnet for tourists and the home of the country’s steel industry. 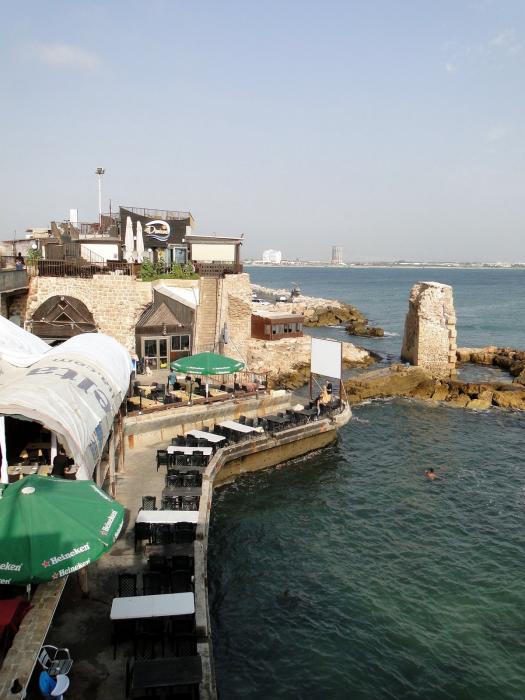 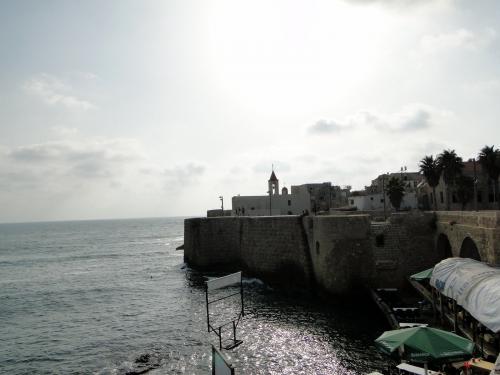 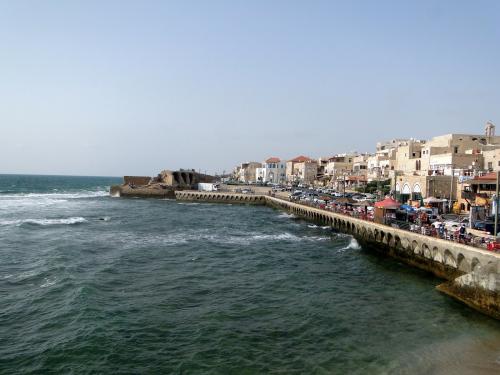 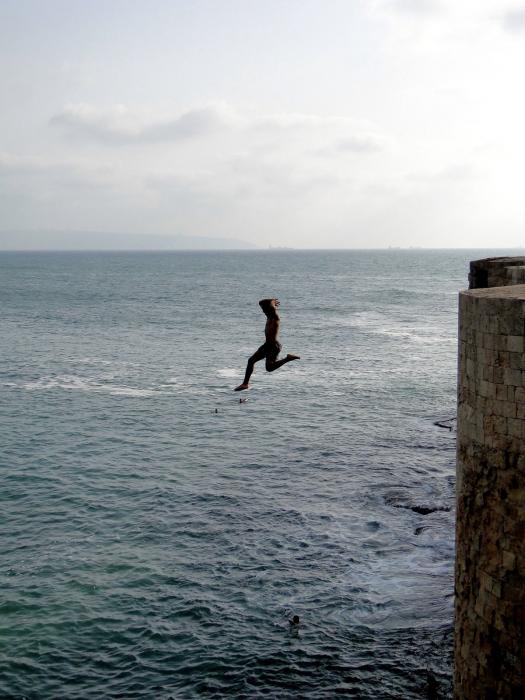 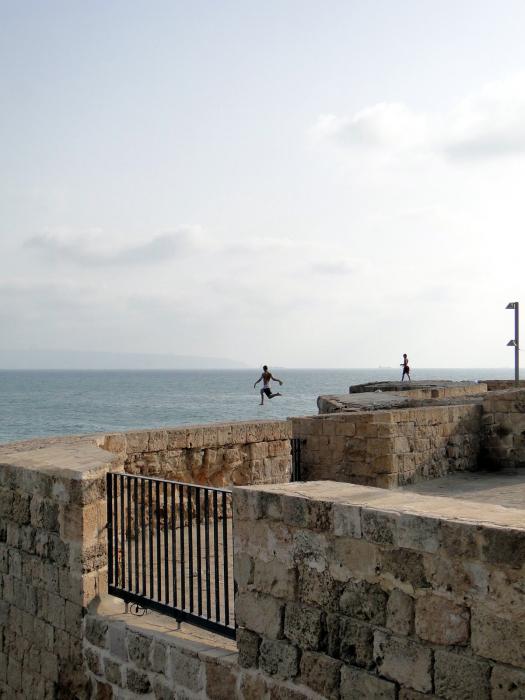 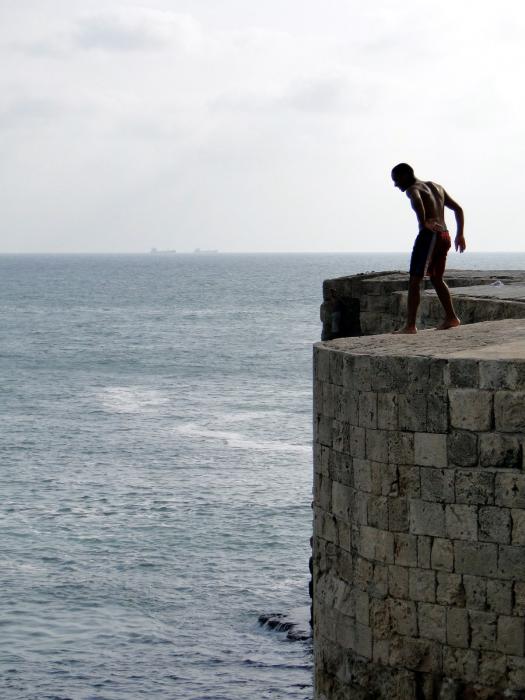 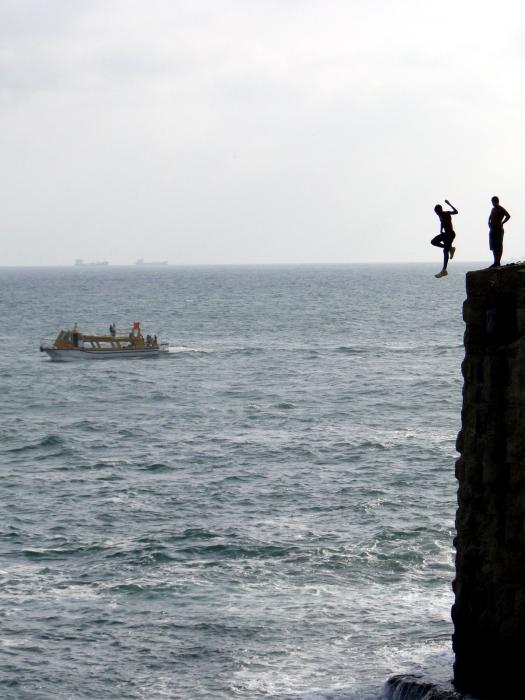 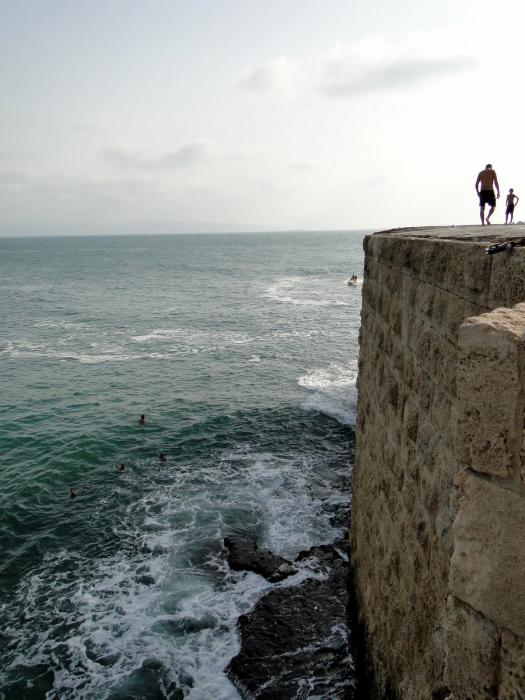 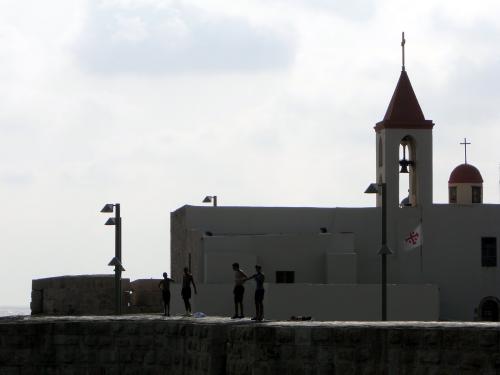 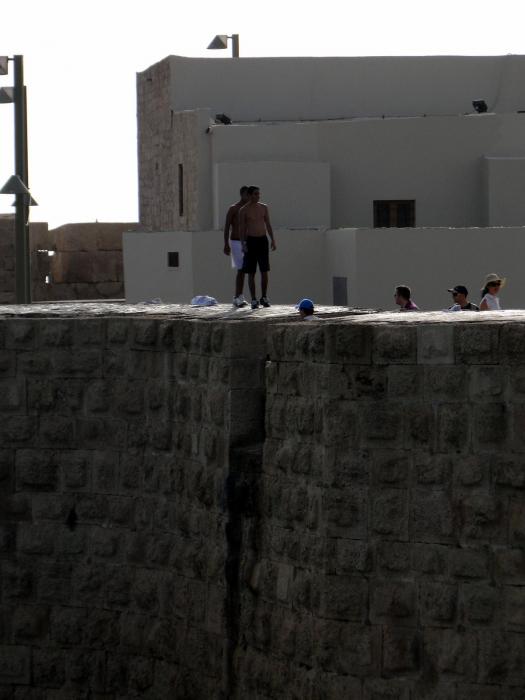 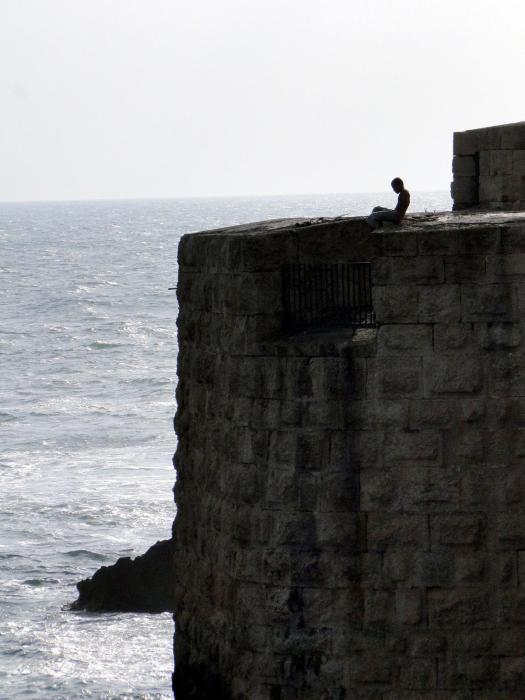 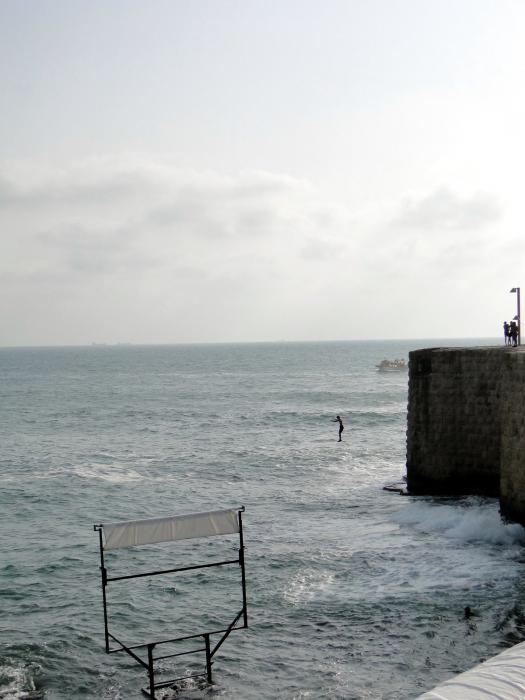 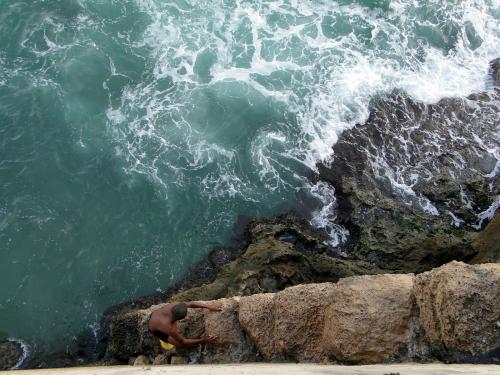 Dangerous, I’m sure, but that’s what makes it so fun (and photogenic). 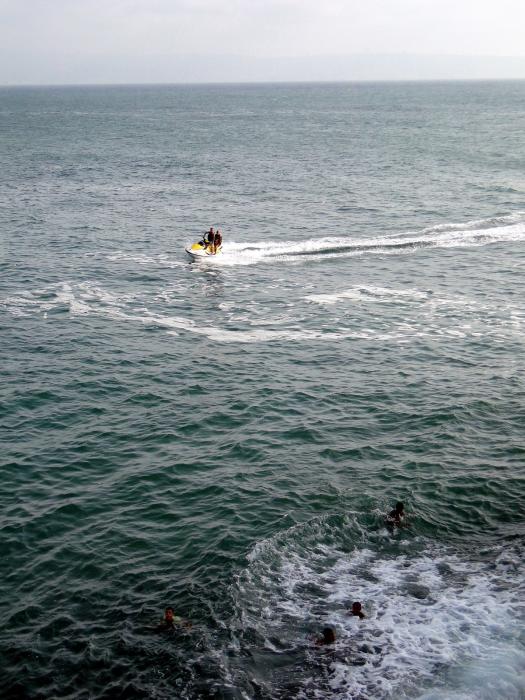 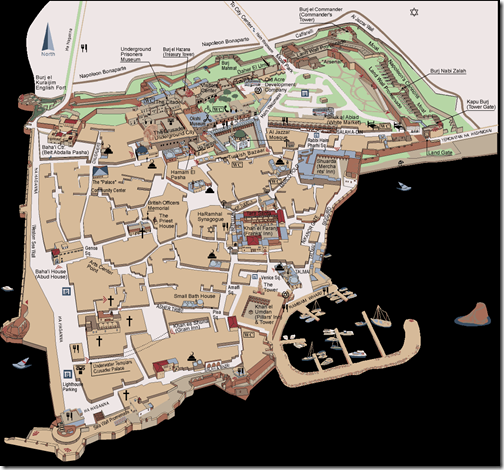 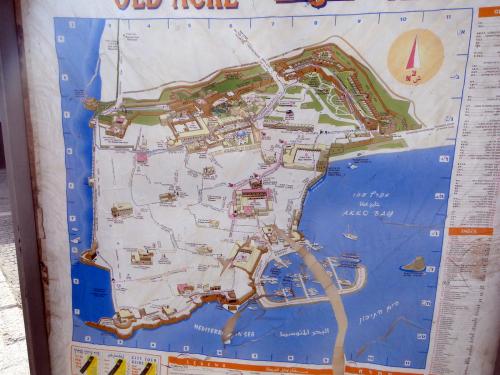 More on travel in Akko: