Shanghai’s a whole different China. It’s what modern China looks like – fast paced, hectic, ever growing – constantly evolving, with a unique blend of contrasting cultural aromas that make it almost impossible for the temp tourist to understand.

I’ve been to Shanghai twice and in those two times I’ve experienced very different Shanghais. The first one was for an academic conference during the time the Shanghai Expo 2010 was running. Shanghai was over-crowded, highly polluted, hot, & wet. While I could see some of the charm, it wasn’t until my second visit during the autumn that I got to experience Shanghai in full glory – great weather, clear skies, wide empty pedestrian streets and generally friendly locals. I strongly recommend that you time your visit to the autumn or spring seasons and stay away during big events.

Following is my trip summary and 4 nights 5 days suggested itinerary. Most of the places mentioned include links to posts that I wrote with further details.

The Bund is where Shanghai’s colonial concession era began as well as its economic bloom. Shanghai’s most European street overlooking the new Pudong area is where most tourists start their Shanghai Trip. My posts on the Bund include :

Other things to do – Huangpu River Combine the Bund with the nearby "Old Town"…

If you’re looking for something a bit more classical Chinese, then head down to Old Town If commercial shopping and museums is what you’re looking for, then Jingan is your area. It starts out next to the Bund area and goes all through Nanjing East and West rd. 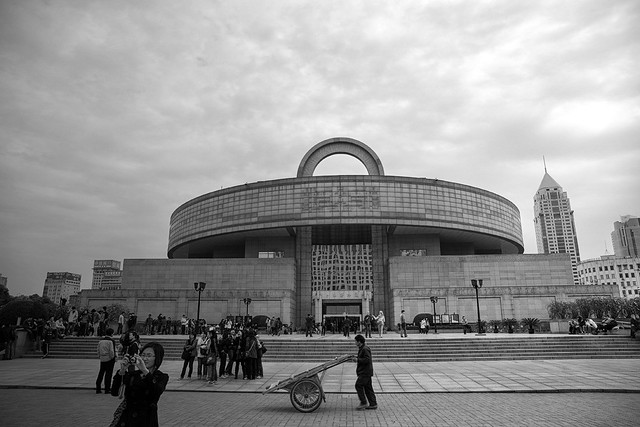 Main attractions I wrote about : My main attractions are the art centers, especially Taikang road : Most tourist don’t venture as far as Hongkou and it’s a shame. There are real gems in this area.

This is what most people who have never been to China probably think China looks like. Movies like Mission Impossible 3 show this as "Shanghai", though you’ll need to venture far to catch a glimpse of those and they’re now more a tourist attraction than residential areas. But still, they have charm, and on a weekday they could be a very pleasant taste of former China. The ones I’ve been to:

Other options include : Wuzhen, Zhujiajiao, Tongli.

Comments, suggestions, and feedback are all very welcome and appreciated.

wow………..you too those pictures? you are good at photography

Lishu – I wish I did, but not. You can see photo credits at the end of the post.